http://www.energygrid.com/destiny/geoff-freed/2009/03.html
NASA ADMITS PORTALS EXIST.  6 mins
I have been writing about portals, wormholes and stargates(I wonder why Russian Scientist and I got shut down over Stargate?) Are they eventually going to 'slowly leak out' ET, UFO and the Mars / Moon Colony and warning on the moon?
Perhaps I can do a Post sometime about the whole electron volt stuff and bring my Stargate and other work that was rejected and update it as NASA and others confirm a lot of the 1967 writings.
NASA finally admits not going to the moon  15 mins

I am not sure about the flat Earth, I simply do not know.  However, read Ben Rich(Reich)Post 140 very significant. I have said and stated that in Workshops and Blogs and so on, that Astronauts probably did walk on the moon, I feel they got there another way. People will bear witness that I know that I told them that they went more than likely by Ben Rich's explanation.  I was involved in a Stargate / Wormhole / black hole programme with a Russian Scientist in a privately funded laboratory in Cambridge, we got shut down.
Let us now suppose that ET are working with Humans and NASA maybe this is how they got there by that transport, but an unmanned set of vehicles were sent, there were reports of a high flying aeroplane at the return trip jettisoning a craft that opened up and landed in the sea and the usual rescue.
If you have studied in depth 9/11 then you can see the moon stuff is a similar kind of thing.  The UK tried something like this with the tube and bus attacks, alleged  killing of Princess Diane, Dr David Kelly and so on.

More about Van Allen Belts.  58 minutes fascinating.
This is very, very informative.  A lot of this info I have written about this years back. THIS IS WHY IN MY RESEARCH I CONCENTRATED ON ELECTRON VOLTS. LISTEN CAREFULLY YOU WILL BE SHOCKED, AND DO THE MATHS.
I wonder if Neil Armstrong was reluctant to give interviews because of the facts emerging.

If you peruse my Stargate in:-
http://www.energygrid.com/destiny/geoff-freed/2012/06a.html
This blog link above and scroll down to Stargate and onwards contains some links which show brain waves of monks in meditation and other topics.
In view of the video which said the space race and Russia and the USA not wanting to be outdone, it could be they the USA know that Russia and China are still more advanced and so use Russian rockets to the ISS.  I have it on good authority that the USA and others would be well advised not to start another cold war or military one. 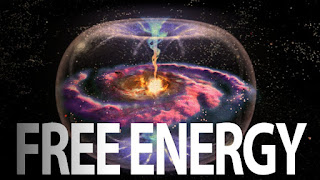 There are approximately over 500 working free energy machines, many of the inventors have been scared off or killed, there numerous cures for all diseases, organic rich food, history books that are outdated and all these are controlled and meant to dumb down human evolution, to the detriment of the perpetrators who have a better life style, with some perks of the free stuff, but want to keep their positions of power and wealth, they know full well in the shift which is in process now, their power base will evaporate at a rapid rate of knots.  So they keep what they have got and milk the cash power cow whilst it lasts. I have a feeling the tipping point is on the horizon, so they will make desperate efforts to try and destroy or delay it for as long as possible.

My hypothesis of the fall will probably incur the wrath of theosophists, religious leaders and son , however, take it as science fiction if you wish, and remember its only a view and no disrespect is meant and I can be wrong as well.
In my UFO story I tell about the race that blew up their planet, the survivors came to Earth, there were 'cops and robbers, good guys and bad guys' . The good were somewhat compassionate and a modicum of caring the bad were dictators and power hungry.
As many holy books recount they 'saw the daughters of Earth were sexy and welcoming to some extent' and as the bible says 'went unto them'. Whey Hey. My version is different they came they saw and they conquered for sure, however the daughters and men of Earth were not as they would have them and to go unto them. 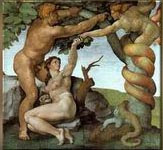 Eve would not be so glamorous or Adam the man, not the snake so well built, I think they would have been more hairy and primitive to our eyes of today.  I think the tree was a map, a chart of the Human genome and Alien Genome and the apple was the chemical formulae that altered the snake which symbolically is the DNA helix and made Adam and Eve the first hybrids. There were many Adam and Eve's surgically done all over Earth, mainly though in the early research days in Iraq, Iran, Sumeria.
The not so good guys have done hybrid stuff, all mentioned in ancient history and have been at odds with natural evolution. The manipulation goes on now by the multinationals / the elite / illuminati and the bloodline 'bad guys' has continued till today.
http://www.energygrid.com/destiny/geoff-freed/2005/05.html
In the link above is my UFO STORY and if you peruse it you will see the Parliament for this quadrant of the Galaxy is housed in the Pleiades(seven sisters) and Sirius.  These meeting halls of many races decided the outcome of the marauders as in the UFO STORY and are still monitoring the battle between the elite and their angst against nature and to conquer it, and the Universal Plan of Natural Evolution through cyclic ages and the injection of Comic Energies which contain triggers and information for the next natural Universal step.  This battle is keenly felt now with wars, austerity measures, food and environmental manipulation and those awakening to their divinity.  Divinity being feeling and recognising the ONE LIFE. 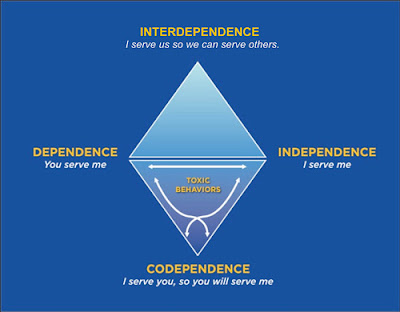 Courtesy strengthstradegy.com
I feel we are gradually moving away from the bottom toxic behaviours, the abhorrent wars and atrocities{latest holiday craze by some young crazies, shitting in the swimming pools at holiday resorts(

By CHRIS KITCHING
Read more: http://www.dailymail.co.uk/travel/travel_news/article-2722828/Hotel-threatens-1-400-fines-rowdy-Brits-caught-pooing-swimming-pools-disgusting-new-logging-craze-exposes-guests-harmful-bacteria.html#ixzz3eYjyjMDB
Follow us: @MailOnline on Twitter | DailyMail on Facebook)
These trends will continue until the poison is vented out of the collective unconscious and the awareness for outward recognition and fame, due to mass lack of self esteem, covered up by acts of cowardly bravado work themselves out.
I also feel we need to go one more stage above the top triangle-----serving is and can be an agreement for mutual benefit, like Reagan and Eisenhower said 'an outside threat to Earth makes us pull together', however when the threat is removed would we go back to our own devices, the STEP then like my Inverted V in many of my articles, blogs and Posts, the tipping point, the 100 monkey, the critical mass, the Prigogine  dissipative structures, this then leads to a deep felt natural compassion, no thought of service, just a deep 'love' for the planet and all species with the human race. 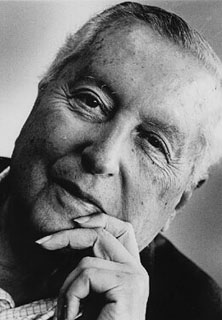 Ilya Prigogine
An organic system it is functioning optimally then exchanges with its environment, it intakes and excretes as it were, when the system reaches a certain capacity, it then can dissipate into chaos and in that reform itself into a higher more evolved form. I liken it too a caterpillar entering a chrysalis, it dissolves into seemingly chaos and comes out a butterfly.  It depends on how ell the system exchanges with its environment and entropy an so on.
Until whenever. Be very Well.  Geoff
ADDENDUM
16 Disturbing Facts on 9/ 11. I have kept off of politics and such, but 9 / 11 no way, justice must prevail. This has brought about as in the UK Tube and bus attacks draconian diminishing of human rights.  When the truth finally comes out you will see how humanity has been deceived.

Russell Brand  14 mins.
Russell in my view has awakened from a being a sheeple to the first few insights about who we are and he is.  This makes him very excited and uplifted and he can tend to be rather 'over the top' hats off to Russell. His background from a council estate, drugs and sex to a famous celebrity and now this, is encouraging, there are many celebrities doing their meditation and so on, Novak Djokovic, this years Wimbledon tennis champion and number one seed visits a Buddhist / Hindu Temple in London before matches when in the UK, and he said on TV if this was true, he said yes, he said he is a Christian and feels all places like this worship are the one God.  I know of footballers, film stars  and of course you and I.  These people who are celebrities can be laughed at and scoffed and it takes courage and could 'damage' your career.  Mind you I have it with neighbours and family, sometimes hostile or keep the kids away as I might contaminate them.  By the way I agree with Russell about meditation and impermanence, I have been going on about this in nearly every blog and Post since 2005 and prior to that from 1968, so have many teachings over thousands of years, old truths rehashed to modern parlance. 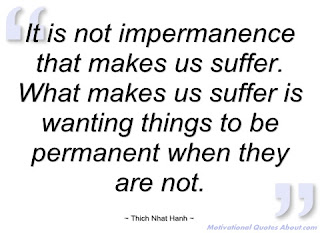 Courtesy ministryofhappiness.wordpress.com
I like their heading above the quote 'Happiness is accepting Impermanence'
Some of the most 'spiritual' races were not vegetarians or yoga practitioners,  however, there are many paths that lead to 'God' however the roads that one takes I feel all incorporate meditation.
Be Well.  Geoff
Posted by GEOFF FREED ONLINE at 07:50