Hello again  Its all moving so fast and the fear messages being ram-up by the media and WHO and any alternative news not in the mainstream media and censored as much as possible on the internet.  So to  keep up with this runaway train here goes.

There is a part two to this at the end and it is on another impending event which is about my research away from Covid.
PART THREE
VACCINES
STORY AT-A-GLANCE


·                        Even though the COVID-19 curve has been flattened, mainstream media outlets continue to push doomsday predictions of an impending explosion of deaths


·                        So, the fact that young and middle-aged adults are testing positive in droves is not a warning sign of an impending onslaught of deaths, as the risk of death in these age groups is minuscule


·                        According to the Centers for Disease Control and Prevention, the COVID-19 mortality — which had declined for the last 10 weeks straight — “is currently at the epidemic threshold,” meaning if it declines just a little more, COVID-19 will no longer be considered an epidemic


COVID-19 mortality — which had declined for the last 10 weeks straight — is currently at the epidemic threshold, meaning if it slides down just a little more, COVID-19 will no longer meet the CDC's criteria for "epidemic" status.

Why we keep getting COVID wrong

Is the testing as it is reliable 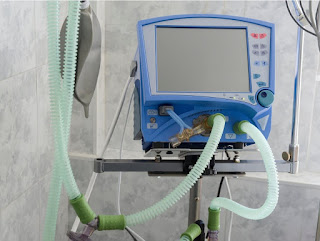 Courtesy Sonas Home Health Care
https://articles.mercola.com/sites/articles/archive/2020/07/14/ventilators-deadly-for-covid-
This extremely important and going back to the original video stating this.
High Altitude Sickness
The decision to wear a mask is highly personal and should not be universally mandated; measures that are meant to protect the community are ineffective if they hurt individuals in that community. Please email and tweet your state and local officials now and urge them to do their part to make sure that mask-wearing is voluntary, not mandatory.
"The current coronavirus disease, Covid-19, has been called a once-in-a-century pandemic. But it may also be a once-in-a-century evidence fiasco."(1)
https://www.greenmedinfo.com/blog/covid-19-once-century-fiasco-making?utm_campaign=Daily%20Newsletter%3A%20Covid-19%20A%20Once%20in%20a%20Century%20Fiasco%20in%20the%20Making%20%28RGXNpr%29&utm_medium=email&utm_source=Daily%20Newsletter&_ke=eyJrbF9lbWFpbCI6ICJnZnJlZWQzOEBnbWFpbC5jb20iLCAia2xfY29tcGFueV9pZCI6ICJLMnZYQXkifQ%3D%3D 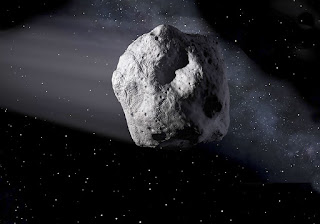 https://www.rt.com/news/494566-nasa-proximity-warning-asteroid-moon/?
Even the Skies are busy, comets, asteroids satellites
utm_source=Newsletter&utm_medium=Email&utm_campaign=Email
We are witnessing a lot of sky and space phenomena; Noctilucent Clouds, Comets and Asteroids. Some Folk lore and ancient astrologers, soothsayers, shamans and even some scientists feel that these are prominent signs of a large and pertinent energetic input and shift. 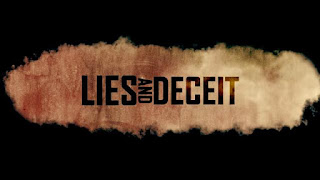 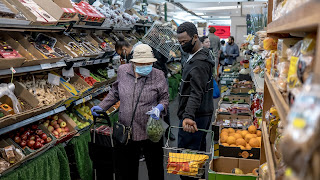 Courtesy New York Times
July 24th 2020 in shops mandatory
Hi Thieves a real bonus. Difficulty in breathing? 12% oxygen supply to blood after 15 minutes. Asthma, panic attacks and facial recognition.
PA Wire/PA Images Shoppers on Regent Street, London, ahead of the announcement that it will soon be mandatory to wear a face covering in shops in England. (Photo by Dominic Lipinski/PA Images via Getty Images)


Is there a glimmer of an admission here; then add Dr Malcolm Kendrick in POST "NO NUMBER FIVE" and you can see the lies and deceit. Also by Dr Kendrick, the poor outdated PPE sent to care homes.
https://www.msn.com/en-gb/news/coronavirus/matt-hancock-launches-inquiry-into-true-phe-coronavirus-death-figures/ar-BB16R9e9?li=BBoPWjQ&ocid=mailsignout
https://more.talktalk.co.uk/news/2020/07/15/significant-reduction-of-virus-before-lockdown-eased-study-finds
WHEN WILL THEY BE HELD TO ACCOUNT?

PART TWO
SPACEWEATHER.COM Wednesday, Jul. 15, 2020
FOR GRAPHS AND CHARTS
SOLAR CYCLE UPDATE: NOAA has released a new interactive tool to explore the solar cycle. It lets you scroll back through time, comparing sunspot counts now to peaks and valleys of the past. One thing is clear. Solar Minimum is here, and it’s one of the deepest in a century.

Click to explore almost 300 years of sunspot counts
Solar Minimum is a natural part of the solar cycle. Every ~11 years, the sun transitions from high to low activity and back again. Solar Maximum. Solar Minimum. Repeat. The cycle was discovered in 1843 by Samuel Heinrich Schwabe, who noticed the pattern after counting sunspots for 17 years. We are now exiting Solar Cycle 24 and entering Solar Cycle 25.
During Solar Minimum, the sun is usually blank–that is, without sunspots. The solar disk often looks like a big orange billiard ball:

The spotless sun on . Credit: NASA/Solar Dynamics Observatory
In 2019, the sun went 281 days without sunspots, and 2020 is producing spotless suns at about the same rate. To find a year with fewer sunspots, you have to go all the way back to 1913, which had 311 spotless days. This makes 2019-2020 a century-class Solar Minimum; solar flares are rare, geomagnetic storms are almost non-existent, and Earth’s upper atmosphere is cooling.
Some people worry that the sun could "get stuck" in Solar Minimum, producing a mini-Ice Age caused by low solar activity. There is no evidence this is happening. On the contrary, the next solar cycle (Solar Cycle 25) is showing unmistakable signs of life.
On May 29th, the sun unleashed the strongest solar flare in years–an M1-class eruption that just missed Earth. The blast came from an active region belonging to Solar Cycle 25.

An M1-class solar flare on –the strongest flare in three years. Credit: NASA/SDO
Observers are also seeing a growing number of Solar Cycle 25 sunspots. So far in 2020, the sun has produced a dozen sunspots. Nine of them (75%) have the magnetic polarity of Solar Cycle 25. This compares to only 17% in 2019 and 0% in 2018. The sun is clearly  tipping from one solar cycle to the next.
A NOAA-led panel of experts actually predicted this behaviour. Last year they said that Solar Minimum would hit rock bottom sometime in late 2019-early 2020. Activity would then quicken in 2021-22, ramping up to a new Solar Maximum in 2023-26.
So far, so good.
This is another of the changes in the cycles and leading up to the 6th extinction which I go into from POST 370 onward's and years before. (Spaceweather.com merely supply the images which I put to my own theories).

Studies of comets and asteroid fragments and dust buried deep in the layers of Arctic ice reveal the climate changes and origins of the source. This is how the cycles of time have been proven. Research done by Dr Paul LaViolette to follow in three videos further on. 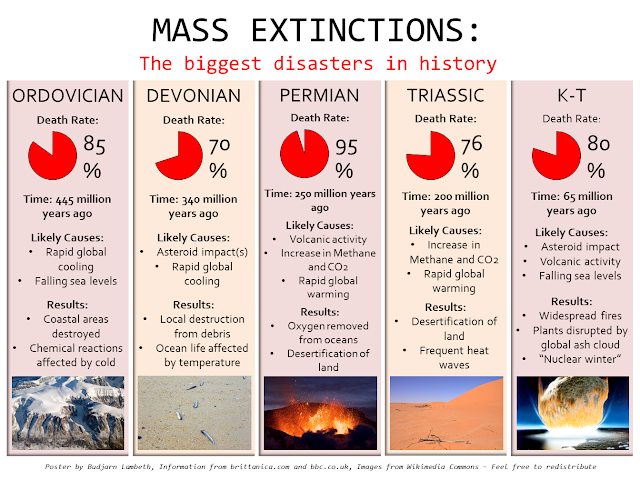 In the light of my research I do not feel that the Asteroid impact is applicable and the videos below will bear this out and my research from POST 370 till now as well. THIS IS THE REAL REASON FOR GLOBAL WARMING(we do contribute 10 to 15% to the natural cycles).

Dr Paul
Dr PauL
Dr Paul
https://geofffreedarchive.blogspot.com/search?q=Paul+LaViolette
The above from April 3rd 2011
If you compare the following;

Cosmic Rays Solar minimum is underway. The sun's magnetic field is weak, allowing extra cosmic rays into the solar system. Neutron counts from the 's Sodankyla Geophysical Observatory show that cosmic rays reaching Earth in 2020 are near a Space Age peak.
SPACE WEATHER BALLOON DATA: Approximately once a week, Spaceweather.com and the students of Earth to Sky Calculus fly space weather balloons to the stratosphere over . These balloons are equipped with radiation sensors that detect cosmic rays, a surprisingly "down to Earth" form of space weather. Cosmic rays can seed clouds, trigger lightning, and penetrate commercial airplanes. Furthermore, there are studies ( #1, #2, #3, #4) linking cosmic rays with cardiac arrhythmias and sudden cardiac death in the general population. Our latest measurements show that cosmic rays are intensifying, with an increase of more than 18% since 2015:


Why are cosmic rays intensifying? The main reason is the sun. Solar storm clouds such as coronal mass ejections (CMEs) sweep aside cosmic rays when they pass by Earth. During Solar Maximum, CMEs are abundant and cosmic rays are held at bay. Now, however, the solar cycle is swinging toward Solar Minimum, allowing cosmic rays to return. Another reason could be the weakening of Earth's magnetic field, which helps protect us from deep-space radiation.
COURTESY SPACEWEATHER.COM (see graphs at their site, scroll down to end, they do a daily update with a lot of NASA and Noah backed science, they are University Students and Mentor)

Way back in 1967 which was the start of my research due to some inspired writing which came to me in which readers who have followed this since then and the many workshops and lectures here and abroad will know that I predicted a new race of humans and gave the date 1967-2012(2012 was a significant date a lot of changes happened after that year) 2013- 2032, 2033-2075 and there have been many POSTS and Blogs on my research in Stargates, wormholes, black holes in our private laboratories and the 6th extinction is in progress and the new race I have named as Homo Energetica / Spiritulana. I have described in synopsis (new race will emerge after 2075 however signs are now emerging) the new race in http://geofffreedarchive.blogspot.com
the last four in the above in January 2013 taken from my extensive notes in the Samye Ling Tibetan Centre at Christmas 1967 and the full story in;
http://www.geofffreed.com/2013/03/post-9.html
and you might read on and scroll through POSTS 10,11 and then onto South America and its mysteries further on with the Colonel Fawcett Mysteries.

Thanks for bearing with this long diatribe. 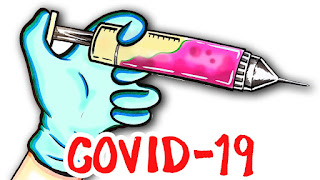 https://www.rt.com/op-ed/495443-covid-vaccine-rushed-mandatory-refuse/?utm_source=Newsletter&utm_medium=Email&utm_campaign=Email
I do not trust vaccines, only those that have been taken from source and have no adjutants. TESTS TAKE YEARS. See this disclaimer below and I cannot guarantee it works but if enough of us try it could have an impact. This link above lays it  out well and the fact that Sayer Ji has warned off of Instagram is serious and with all the scientific backing as well. The UK and USA politicians have been trying to get RT banned and the rhetoric against Russia is howling again with very little if any proof at all.phrases like 'its likely, its presumed, its plausible with no actual proof' It turns out in the Trump election a British firm Cambridge Analytica and Facebook combined to influence the results.

The deaths last year at this time WITHOUT COVID were 5% higher---lock down -- herd instinct----yikes.

© Oxford Vaccine Group 2018
Centre for Clinical Vaccinology and Tropical Medicine, Churchill Hospital, University of Oxford, OX3 7LE.
Select Language  ▼
Published by Sarah Loving. Medical content reviewed by Professor Andrew Pollard.
Please click here to contact us if you have comments about the Vaccine Knowledge website. We can’t answer all the individual queries we get, but we will use your suggestions and questions to improve the website. You should consult your doctor or other healthcare provider if you need specific advice on vaccines for you or your child.
The Vaccine Knowledge Project is funded by the NIHR Oxford Biomedical Research Centre and the Oxford Martin School.
My additional notes;

THE ABOVE ALTHOUGH IN SMALL AMOUNTS ARE BIO ACCUMULATIVE, THEY BUILD UP AND CANNOT BE EXCRETED IN ANY FORM AND REMAIN TOXIC AND COLLECT AND POOL IN THE LIVER AND OTHER ORGANS AND TISSUES. THEREFORE ALONG WITH ADDITIVES, FOOD PRESERVATIVES GRADUALLY AND SOMETIMES WITH AN ALLERGIC REACTION CAUSE TOXICITY AND DISEASE.

Posted by GEOFF FREED ONLINE at 04:50 No comments: