Hell again.  Trusting all is well and sunny.  Need some warmth after this cold damp spell.

This link below from Nassim Haramein is as exciting for me as it is on similar lines to my STARGATE theory way back in the blogs.

No way can I compare myself to genius of Nassim however, the spiral theory is one I am so fond of and the fact that when ‘space’ is depressed ah la Einstein, it make the ‘funnel’ or event horizon and the spinning process as in the Stargate.

http://www.energygrid.com/destiny/geoff-freed/2012/06a.html  Please scroll down to Capital of Left ‘Stargate’.
Nassim’s theory might upset a few astrologers, and in my January 2013 blogs titled ‘the last post’ I suggested that the alignment of planets were synonymous with geometry of the relationships of all positions at the ‘time’ or alignment and it does not depend on the ‘stationary orbital revolution’.
Below is a rough drawing I did in 1987 while in and during the first Harmonic Conversion.  It is similar to Nassim’s.  The whole solar system, Universe and all in it are spiralling away, if one can use that term, or rather all going down/up, forward,  backward/ or non directional, a spiralling wave, water down a sink, rotating clockwise or anti clockwise at the event horizon and counter clockwise at the other, as in Stargate.
The so called big bang starts at if one can use these words, at the singularity and evolves to the event horizon, creating duality when the reverse spiral arrives to meet itself again at the singularity, a rise and fall, in and out so to speak of the quantum field.  Where all probabilities and possibilities exist in potential.   It is perpetual motion and eternal.

[attributive]
·                          having or showing the capacity to develop into something in the future:
Dear Geoff,
Here we find an understanding of why
the Earth & our solar system do not
actually orbit the Sun as taught, "Rather",
We follow or better still, are dragged by
the Sun in a Spiral Pattern through the
universe & time.

This video offers explanations how,
besides spinning on its axis and rotating
as if going 'Around' the Sun, the Earth is
shown to 'Follow' the Sun's movement
through the Milky Way galaxy, in a
continuous Spiral, not a Flat elliptical plane,
thus we find a 3D universe as opposed to
the accepted 2D.

Many of us have been taught about how
the solar system works by viewing a physical
model that has the sun in the middle with the
planets going around and around in a simple
circular orbit without properly accounting for
the motion of the sun (aprox. 450,000 miles
per hour).
Video (under 5 and a half mins):
Earth Is Not Revolving Around the Sun!

- Alexandra
P.S. Please share Forbidden Knowledge TV e-mails
and videos with your friends and colleagues.
That's how we grow. Thanks.
Alexandra Bruce
Publisher, ForbiddenKnowledgeTV.com
Daily Videos from the Edges of Science
This is writing up on Nassim’s 5 min video 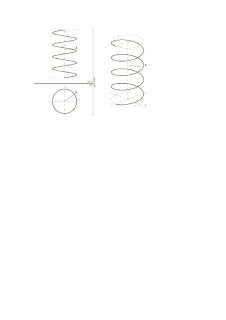 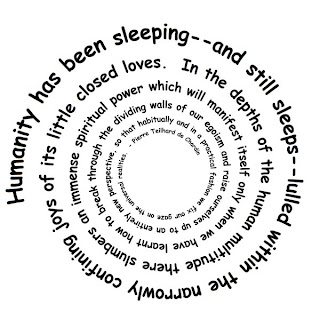 As we travel spirals towards our unknown destiny to arrive and then find like the dog following its tail we dissolve and who knows what after that.

Like this mobus below we will for ever be forever in some form or shape. From the invisible to visible, from no form to form, for this is the way of it.

This paradox is the fulcrum of life and who knows of the magic it produces. In the beginning was the void says the bible, from the void appears creation says Milerepa,  hey we off again labelling, boxing compartmentalising, and maybe all the science and diagrams do much the same. 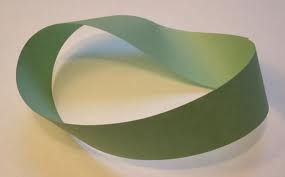 Why Did the Chicken Cross the Möbius Strip?

http://steve.wordpress.com/2006/03/20/why-did-the-chicken-cross-the-mobius-strip/  Have fun making your own and then cut it as article explains. 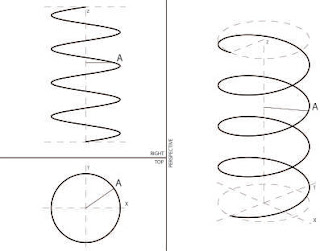 Happy times on the merry go round of Life.