Greetings.   Interesting 3 min video on the dye put into the sea around Fukushima and its implications.


Happy New Chinese Year. The Year of the Snake. An amazing way of drawing this snake by a very gifted person. 2 mins. A bit late with the greetings.

You can see the reasons for the research and who set it up.  By the way my CV is in energygrid and I do not wish to display it again, apologies for asking you to look at these to and fro.  CV in home page in Destiny of the blog.

However here are some interesting new videos on the subject of ET and the like.﻿

This is about cover up on Mars.

Folks it is not my intention to expose things I come across for a destructive purpose or get notoriety  it is my instinctual urge to be curious, learn, grow and so on.  From my NDE in 1942 [again in energygrid], I had this urge to know, understand.  Then in Forensics you have to investigate, detect and you get a 'nose' for certain missing data or 'something does not feel right'.﻿

Here one can see another anomaly:

When asked what is the origin of these new found charged particles, and where do they come from? Dave Thompson, an astrophysicist at NASA's Goddard Space Flight Center gave us his answer. "It's a mystery, for one thing. About a third of the new sources can't be clearly linked to any of the known types of objects that produce gamma rays. We have no idea what they are. The other two-thirds have one thing in common - astounding energy."’  Courtesy Mitch Battros

An article by the Daily Telegraph Science Editor revealed the startling findings of scientists in and .

“ Something out there –no-one knows what- is hurling high energy particles around the Universe, in this case the most energetic ever observed by scientists…Not even the power released by the most violent exploding stars could account for them. Indeed conventional theory says such particles should not exist…”

http://news.yahoo.com/milky-way-haze-may-dark-matter-signature-204405915.html   Time and Time again in the blogs it was mentioned that the ‘energy /emanations, particles from the Milky Way Centre ‘conducted/governed/ encoded messages by resonance /magnetic field information[magnetic fields being the containers for encoded messages] and were the evolutionary drivers.

Oh no one can cry, not another fake ET or UFO.  This short video maybe could be looked at with an open mind.  Top ex ministers in Canada and Scandinavia have openly talked about ET as some whistle blower Astronauts which have been covered elsewhere in back blogs and research into Camelot interviews will be useful  http://projectcamelot.org/interviews.html   and David Wilcock's book ' The Source Field Investigations' and his sight divinecosmos.com/start-here/,  and Dr Stephen Greer drgreersblog.disclosureproject.org/  and many, many more.  Hundreds of Astronaut, pilots, police officers and such like reports, and documents that go back over a hundred years and Tibetan Knowledge of our Space Brothers with cave drawings and the like.

Here is another subject which has been flogged  to pieces.  Yes it is the 9/11, again covered in many, many back blogs in energygrid and all over the Internet, a good source of every topic is www.theforbiddenknowledge.com

This Major Generals testimony is short and to the point and very, very good and is really authentic.  So many scientific reports verify the above.


A wonderful interview with a genuine sincere man. You can feel his frustration at realising that after a lifetime of service to his country...it turns out the real enemy is in office !!


Interestingly enough the sensors were turned off in the UK tube and bus attack with the same company that run the sensors in the USA and UK, I have covered the Dr Kelly and the driver of the train that run near my home that was supposed to take the terrorists to London, problem was train was cancelled and the train driver told to shut up.


Then we go onto 'snooping and surveillance' and again there is so much on the net and in blogs, just to say with the obvious cover ups and conspiracies, those that conspire these are implicating and facilitating all sorts of 'shut downs and declining human rights', and the reason given Al Queda, urban terrorists, bloggers cause to incite riots and civil unrest, and of cause the big tool austerity measures, cutting down supplements and good wholesome food, [have you seen the scam of smaller food in packaging and all for a £1.00, it fools one for a while and then prices going up by at least 75p a week].  Some of the snooping measures are Internet, email, telephone, cell/mobile phones, smart meters, research if not satisfied with this, be informed, not angry and frustrated though.
This is an example of what happened as above.  Now what would you do as in the scenario of survival?

An amusing interlude in the Ukraine,and I wonder where they got their outfits from? Imagine this at the local benefits office!!!


Now to continue this appeared in the Daily Mail on February 20 2013 in hard copy and 21st online.

Poisoned by every day life: Landmark study warns gender bending chemicals in your home, food and car ARE linked to a huge range of diseases 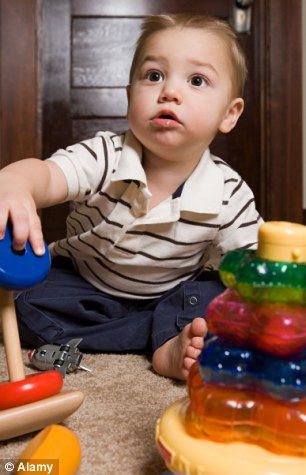 Possible danger: Chemical phthalates is used to soften plastics and can be found in children's toys
Chemicals found in every home may cause breast cancer, asthma, infertility and birth defects, global health chiefs said yesterday.
They warn the gender-bending compounds – used in toys, PVC flooring, car dashboards and credit cards – have ‘serious implications’ for health.
In a landmark report, the World Health Organisation suggested a ban might be needed to protect future generations.
It says it is ‘reasonable to suspect’ chemical substances called phthalates of harming female fertility and linked them with rising rates of childhood illnesses including leukaemia.
Also under suspicion is bisphenol A, which is found in a host of daily items including tin cans and sunglasses.
The man-made compounds are thought to interfere with the natural hormones that are key to our growth, development and overall health.
The WHO said there was ‘very strong evidence’ in animals they can interfere with thyroid hormones – something that can cause brain damage, stunted intelligence, attention deficit hyperactivity disorder and autism.
For prostate cancer ‘significant evidence’ exists of a link with agricultural pesticides.
And there was some evidence linking exposure in pregnancy to weight gain in infants and children and potential links to breast cancer.
In the same report ten years ago, the UN agency said there was only ‘weak evidence ’ that gender-bending chemicals were harming human health.
Declaring the chemicals a global threat, the new report’s authors said humans and animals were exposed to hundreds of compounds, many of which have yet to be identified or properly studied.
Some are inhaled in dust, others make their way into our bodies from food or simply licking our fingers.


The WHO stops short of saying the chemicals actually caused the illnesses but did say that in some cases, the evidence was very strong.
The report – State of the Science of Endocrine-Disrupting Chemicals – is the most comprehensive of its kind because rather than focusing on one chemical or one illness, it evaluates all the evidence.
It says: ‘The diverse systems affected by endocrine-disrupting chemicals likely include all hormonal systems and range from those controlling development and function of reproductive organs to the tissues and organs regulating metabolism and satiety.
‘Effects on these systems can lead to obesity, infertility or reduced fertility, learning and memory difficulties, adult-onset diabetes or cardiovascular disease, as well as a variety of other diseases.’ 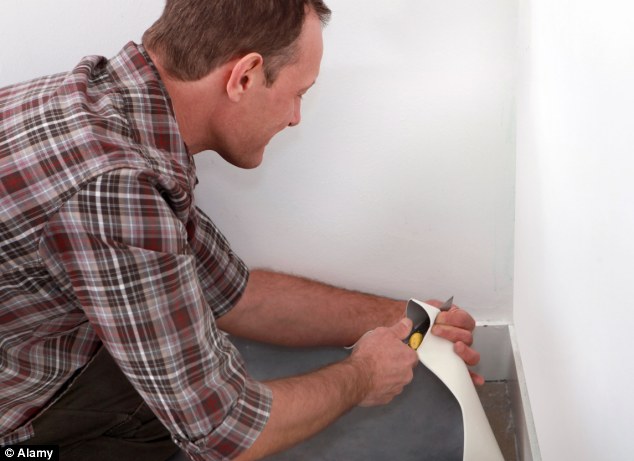 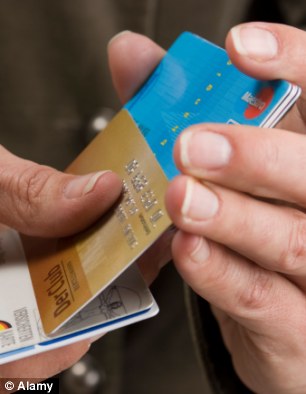 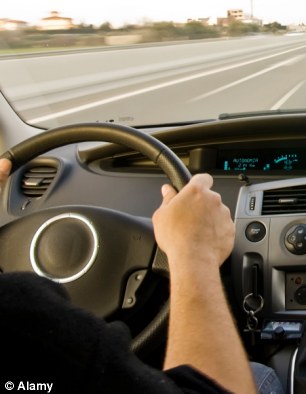 Daily risks: The dangerous chemical is found in many objects we touch with out bare hand every day, such as credit cards and car dashboards
Worryingly, it warns the chemicals assessed so far by scientists may only be the ‘tip of the iceberg’ – and there could be many other potentially harmful compounds out there.
It cautions that the key role of hormones in the development of tissues and organs means that unborn babies and young children may be particularly vulnerable.
The report – written over two years by international experts who collated and weighted scientific studies on the topic – also states the rise in some conditions is too rapid to be blamed on genes alone.
‘The prevalence of paediatric asthma has more than doubled over the past 20 years and is now the leading cause of child hospitalisations and school absenteeism,’ it said. ‘Certain birth defects, such as those of the male reproductive organs are on the rise. The incidence of paediatric leukaemia and brain cancer have risen, as has the incidence of testicular cancer. These are stark health statistics.’
The WHO says wildlife is also at risk and calls for much more research into the chemicals and their effects – and says that there may be a case for banning or restricting them. 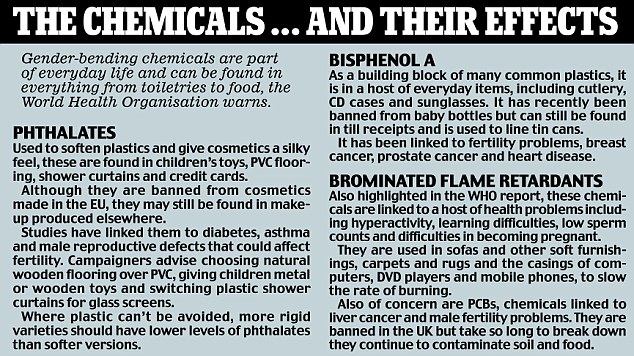 Dr Maria Neira, the WHO’s director for public health and environment, said: ‘The latest science shows that communities around the globe are being exposed to endocrine-disrupting chemicals and their associated risks. We all have a responsibility to protect future generations.’
Elizabeth Salter Green, of the campaign group CHEM Trust, said the EU was trying to tighten up the regulation of gender-bending chemicals but the UK was in favour of the least stringent measures.
She added: ‘This report bears testimony to the on-going failure of regulatory agencies to reduce exposure to hormone disrupting chemicals, which are implicated in the increased rates of hormone-related cancers and other diseases.
‘Thankfully, the EU is now trying to come to agreement on how to identify such hormone disrupting chemicals, so that they can be effectively regulated, but unfortunately the UK is trying to thwart this process in a bid to limit the number of chemicals that will fall under the regulatory axe.’
The Chemical Industries Association said it was important to note that naturally-occurring substances in beer, chocolate and coffee can have more powerful effects on the body’s hormones than man-made chemicals.


Clump this together with rising prices so food quality will be an issue, organic stuff questionable and of course the food industry and horse meat.  Horse meat is eaten in other countries, the issue is the lies that it is beef, plus is it old nag and contaminated?

Now to a fascinating occurrence.  The meteor in Russia and the assumptions.

Did Asteroid 2012 DA 14 Hit a Satellite? OR Did its Gravity Dis-orbit One of Several Meteorites?  To Be or not to be.  There seems to be a discussion, was this huge meteorite shot down as some suggest, was it a chunk from the huge asteroid that went through a geocentric orbit where a lot of space junk and satellites are, did the asteroid hit one of these, was it a decaying satellite and no one admits it because they can and have caused damage when not burnt up, was it North Korea or some military rocket test gone astray, was a UFO scout ship?

This goes into the discussion was the meteorite shot down?

Dear readers for those of you who are new to my blogs and have never seen these type from 2005 onwards in www.energygrid.com

under menu Destiny and there are many there, and the reason for this site is it was growing large and the magazine is still thriving, however, it is time consuming and the editor has a lot of work running his business and life, and I have a lot to put in, so this is easier to manage for both of us.

I also write on esoteric, spiritual issues, so the blogs may vary considerable.  Thank you and Be Well.  Geoff