Hello Welcome and welcome to my ET friend Ollie.  We are going to tell you a story that we witnessed when we were at Lord X (names protected) and a company of other ET's and so on. You can either take this as fact or fiction, and I might be teasing you---its make your mind up time again.

A group of UfOnauts were roaming the Universe, and as the Universe is so large it would take unimaginable 'time' to travel everywhere. So they select portions of the galaxies and do their best. They like all of us are seeking the 'creator of Life' although they realise there is a creator -y Intelligence they wish to find the impossible who created the creator? So their quest in their particular 'incarnation' into their form body, they are hoping to be able to become a pure energy being, although they are at the stage where they ingest photons for food, they still have a ways to go before ascension into pure awareness becomes their reality.

After a lengthy telepathic conversation and discussion they wonder whether a Cosmic Holiday Booking service would give them a clue to their quest.  They then realise with a chat with the travel agent that this quest cannot be found in a holiday situation so it needs a challenge and to incarnate into a less subtle form and try out a difficult form and see if this kind of situation would help as they see the quest and hardships of lesser form and maybe find the purpose behind evolution and how it and was created.  So an adventure project, an extreme challenge and not just roaming about in relative freedom from planet to planet would be of use.

They look at the details and see that it involves a solar system with a star and moon and a fragile planet prone to earthquakes and population instability and also some planets in this system which have inhabitants but they are mainly energy forms.  This planet has a history of 'population wipe outs' either through its tectonic and atmospheric evolution and now to pollution assisting this is a seeming suicidal population. This is indeed a challenge worthy of the best adventurer's. 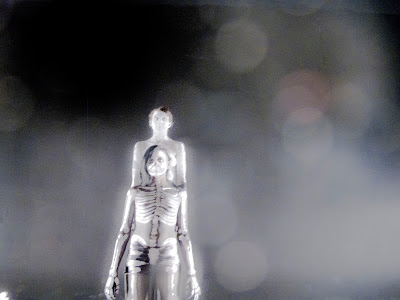 They find there are certain rules or laws; one must find parents who will fulfil the job of providing situations which will mortify, love, cause despair, suffering and in some cases a wonderful happy and free life, oblivious to any woes of others. One is given many bodies to choose from over many lives with many parents and situations and indeed ages of the planet, the idea being to find a world community and population that has given up war and hate, jealousy and greed. 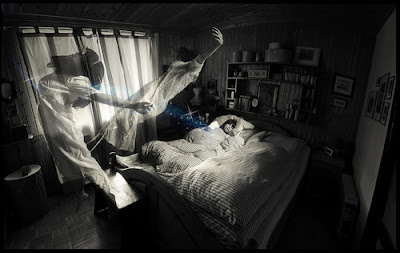 Courtesy www.chinabuddhismencyclopedia.com
There seems to be many workshop manuals with default settings and they are called, Bibles, Bardo Thodol, Upanishads, Sutras, Koran and so on.  However, each one claims to be the only true one, so they are then confused.   However there are guides; Jesus, Krishna, Moses, Mohammed, Yogis, Shamans and many more, most confusing as most of their wisdom has been melted down into dogma which causes conflict and war.
They begin to understand that when leaving a body it is called death, they can review their lives and be given advice by wise beings and guides, however, they have free will and the 'human' condition' which they have now found themselves in seems to want to personalise their situation and go against the laws of this planet. The laws are laid down by nature through the Creator of the Planet through the auspices of the Cosmic Creator.

cCourtesy www.neilwhittet.co.uk
They then find out there is a system in which to work out the programmes, agendas which have been dysfunctional and maladjusted, in other words breaking the Planetary Code and hurting the population, family and so on, one can make a contract a PRE LIFE AGREEMENT to work out one's stuff with parents who need to workout their stuff with oneself. IT is not necessary to have known them before, although that can be, but one mutually works out this stuff named Karma in order to clear the slate and move on to a life without a body of flesh or if sufficiently clear to come back as a teacher, guru, avatar or a simply amazing person.
There are guides who can advise one as to the clauses in the agreement but it is most important to develop an inner sense called intuition to sharpen discernment and know what is the best situation even if it means suffering and so forth.
They chose this challenge and it wasn't easy. The package can  be fraught and there are get out clauses, a) suicide, not recommended 2) acceptance hard but wise 'A1' sub clause not to be a door mat and be self defacing. 3)through certain practices such as contemplation, meditation and so forth, one may cut through or at least lessen the karma so there is not too much to get through next time. 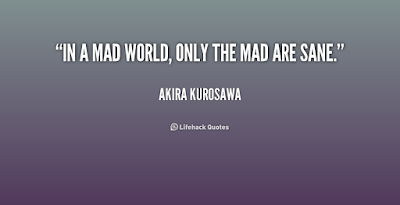 So the conversation ended and we all went our separate ways.  As to what happened to those ET's I know not. Lord X and I meet on occasions and we do have visitors from elsewhere occasionally however they do not seem to know the ET's challenge participators and their whereabouts so the mystery remains buried in the flotsam and jetsam of Lives Lived and Lives Dead and I am not sure buried.

http://www.anser.org/docs/The_Radiation_Threat_to_the_Martian.pdf
A good read and some great links.
A really good 20 minutes by a great and courageous women  on vaccines.
http://www.healthfreedoms.org/major-victory-as-portland-oregon-
votes-no-on-water-fluoridation/
Iv'e been fighting fluoridation for at least 40 years and they still want to do it in the UK. 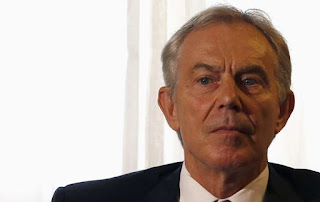 Tony Blair has finally apologised for the Iraq War. The former Prime Minister said he accepts that the conflict has been a factor in the rise of Islamic State. Blair made the startling confession during a TV interview in which he acknowledged the 'hell' that had resulted from his and George Bush's decision in 2003, to oust Saddam Hussein from power.
In an interview by US political broadcaster Fareed Zakaria, Blair is asked point-blank: "Was the Iraq War a mistake?" He replies matter of factly: "I apologise for the fact that the intelligence we received was wrong. I also apologise for some of the mistakes in planning and, certainly, our mistake in our understanding of what would happen once you removed the regime.
Mail online reports that when asked if the Iraq War was 'the principal cause' of the rise of Islamic State, he said: "I think there are elements of truth in that. Of course you can't say those of us who removed Saddam in 2003 bear no responsibility for the situation in 2015."
Appearing remorseful he asks for public forgiveness for his failure to anticipate "what would happen once you removed the regime".
His dramatic admission comes 12 years after the former Prime Minister refused to apologise for the conflict. It was recently revealed that he was challenged by former Labour Home Secretary David Blunkett over the decision to go to war who warned him of the inevitable bloody aftermath.
In 2007 Blair maintained his position saying: "I don't think we should be apologising at all for what we are doing in Iraq."
In his 2010 memoirs, he explained somewhat prophetically, that he had refused to say 'yes' when asked if he was sorry, for fear of the inevitable headlines that would follow. "Answer "Yes" and I knew the outcome: "BLAIR APOLOGISES FOR WAR", "AT LAST HE SAYS SORRY". I can't say sorry in words."
His confession comes ahead of the release of the delayed Chilcot inquiry into Britain's invasion of Iraq which is due to be made public in December with Sir John Chilcot widely expected to place most of the blame for the war on then prime minister Tony Blair. It is claimed several others are likely to face criticism as well, including foreign secretary Jack Straw, Sir Richard Dearlove, head of MI6, Sir John Scarlett, chairman of the joint intelligence committee, Geoff Hoon, defence secretary, and Clare Short, international development secretary.
SO WHY TRY TO OUST PRESIDENT ASSAD AND WHY INTERFERE  AS IN LIBYA, AFGHANISTAN AND ELSEWHERE? IT JUST LEAVES CHAOS BEHIND, THE OIL THIEVES BENEFIT AND THE POPULATION SUFFER AT THE WAR TIME AND  AFTERWORDS THE WARS NEVER STOP AS THE VACUUM LEFT IS FOUGHT OVER BY WAR LORDS AND INVADING FORCES SET UP GOVERNMENTS. 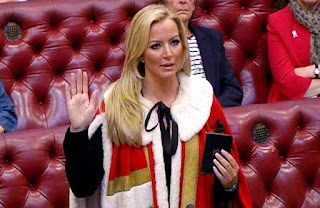 Baroness Michelle Mone (or should it be money?0
Estimated wealth : £20m
Source of wealth : Founder of Ultimo lingerie brand
Baroness Mone is one of the newest entrants to the House of Lords, swearing in less than two weeks ago. They also get £300.00 just for turning up
She is leading a business project with the welfare-slashing Department for Work and Pensions.
Her comments on social media have previously landed her in hot water - including when she boasted about having a free ministerial car.
http://www.mirror.co.uk/news/uk-news/11-millionaires-who-voted-tory-6713773 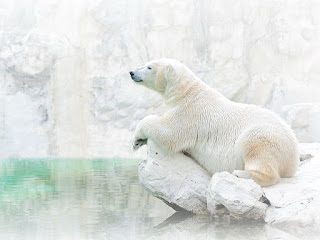 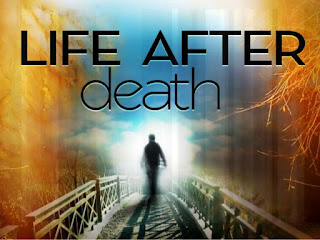 Courtesy www.slideshare.net
http://www.robertlanzabiocentrism.com/is-death-an-illusion-evidence-suggests-death-isnt-the-end/
http://www.dailymail.co.uk/sciencetech/article-2503370/Quantum-physics-proves-IS-afterlife-claims-scientist.html
https://youtu.be/Nd0xfQjIxvo
48 mins of sheer wisdom and understanding by two great beings. PLEASE LISTEN CAREFULLY WHAT DR CHOPRA SAYS ABOUT SCIENCE 'IF A COW GETS A SHOCK FROM AN ELECTRIC FENCE 7(SEVEN) GENERATIONS WILL KNOW INSTINCTIVELY NOT TO GO NEAR IT. MICE THAT SMELL EVERGREEN AND GIVEN A SHOCK WILL INSTINCTIVELY RECOIL FROM IT.
WHAT, WHAT, WHAT ARE WE DOING TO OUR WAR TORN, ABUSED, AUSTERITY POVERTY RIDDEN CHILDREN AND SOCIETY ///???
Be Well.  Geoff
Posted by GEOFF FREED ONLINE at 05:30