Hi Folks A great New Year to you all.

It just goes to show that at last a professor talks about or rather a Freudian slip geoengineering, HAARP, Chemtrails. Also refer to NASA letter in Post 202.  This couldn't load plug in, is baloney it was there originally.  Still NASA letter is there. I'll try on Firefox, see below.

7 mins.
THIS IS LONG AND IS IN ITALIAN WITH SUBTITLES OR VOICE OVER. IT IS BRILLIANT AND MAYBE IRRITATING TO SOME. 1 HR.30 MINS
6 mins.  Regarding plug in --- my error It does not work on Google Chrome, however it does on Firefox and Internet Explorer.  I understand Google Chrome goes through many updates, however I like it a lot.
Below are some mysteries and here are some you can research, I have posted about Travis Walton, now if you will look into Maury Island Mystery, Roswell USA, Rendlesham Forest UK, Westall Australia ( a fifty year mystery and many witnesses) all UFO mysteries. Many of them involving men in black, INCLUDING the Westall one in a remote part of Australia and school children with teachers. 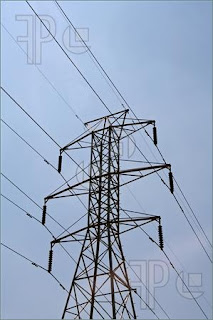 Courtesy  www.featurepics.com
When in Forensics we investigated a UFO incident at one of the Essex County Cricket fields in the UK, a young courting couple were in a lane at night nearby when a UFO was 'feeding' or investigating on the wires as in the image(not the actual one) it dragged on the wires and loosened something.  The couple reported it to the police, we went to the place and were just to look at the scene when a large landrover type vehicle drew up out got American Accented men dressed immaculately in black and we were told to clear off. This was in the early 80's 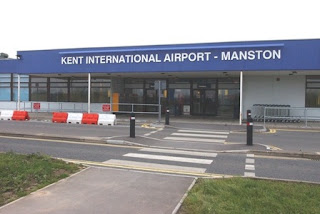 Courtesy  www.airportwatch.org.uk
These took place as above in the late 70's and early 80's.  The above was when the airport was a stocking place for VW cars and small flights containing export and import goods.  Two cleaning ladies that serviced the small offices and control tower, went into by accident a previously large thick black bolted door. They were chatting away, found themselves in a lift going very far down with many floors with strange blue lighting and hieroglyphics on the wall markings. The lift stopped and went at speed to the top where there was an American Uniformed officer going absolutely crazy and shouting and threatening, a British Officer calmed it down and said it was a storage facility of old second war remnants. All was well.

7 mins
All would have been well until that evening at one of their homes next to a small wood and green, and around about 16.30 the children and the dog started screaming as two sinister men in black were walking up to them, at that moment the mother called them in and the dog that was barking furiously, then the Father arrived from work in his car and the men vanished.

Courtesy  www.thefordiddenknowledge.com
A UFO researcher phoned me at a prearranged time at a phone box near where I lived and told the above incident, he asked me if I had any ideas, my answer was to go to the green and see if there were any tyre marks, especially a six wheeled smallish vehicle, he said yes, I suggested they, the units that do these things, use a holographic device as some had seen this glow around them in other incidents, some of course are real people I feel in disguise to frighten the victims.  I feel some are ET. 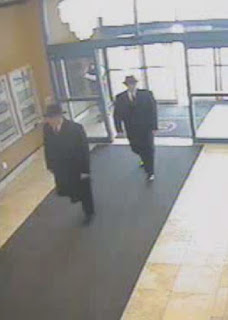 Courtesy www.pinterest.com
The researcher and I then set up a research on Manston which was a very low key almost a two runway but well kept place, not like it is now.
Some retired special forces soldiers volunteered to watch the airport for several days and night, they reported that a glowing green disk shape like object floated above them one night and sent a beam of light to the runway, where upon another light shot up from the runway to the disk.  They left rather hurriedly.
Not far away, an injured UK First Iraq War Pilot at his home by the sea, had a visitation and there were footprints and the researcher above took my advice and told the pilot how to cast them.  I told the story in more depth in energygrid.
There have been other incidents one of which stands out. I went a few times to a well known researchers flat, it has an unmade road and we heard this car pull up, two men dressed as above image got out and looked up, we photographed them, and when we did the photos showed they had not got any heads. This happened a few times.
I was due to do a two day UFO workshop near Hastings at a weekend in July 1986 and many of the participants booked in at local B's(Bed and breakfast places) several were walking from the places to the workshop venue across a well known bridle path when three MIB's(Men in Black) appeared the six people ran with the MIB's in pursuit and when they came to the main road they had vanished. These MIB had been seen every time groups went out to look at the sky at night over a period of six months in 1985 - 7.
http://www.robertschoch.net/Mystery%20of%20Markawasi.htm

To explore some more about MIB, it may well be somewhat related to the long video above. There is a mention of cyborgs, transhumanism and so on.  I went into this in some depth in Posts 135 A SPECIAL AT 10-02-14 and 14-02-14(maybe you will have to use Firefox and Internet Explorer as my Google Chrome will not take updated plugin to show this because plug in is outdated, however other browsers mentioned will accommodate this).
Anyway the Kurzwell and other related subjects mention a mechanised / genetic modified future world which is a version of the One World Government and robotic astronauts and soldiers to conquer or inhabit other planets. 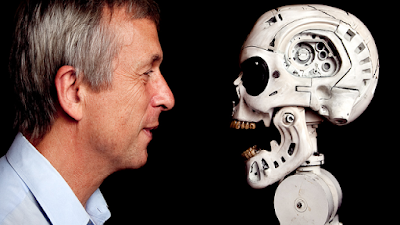 This is why in my UFO Story http://www.energygrid.com/destiny/geoff-freed/2005/05.html
the five races concerned are monitoring the Earth, the Moon and Mars to see how we are progressing and maybe why we were sent back from the moon some while back, and how we actually got there.  See Ben Rich for this in Post 140 03-03-14 and originally when I wrote up the UFO STORY things had not progressed this far, I could now add the leap in nano technology, GMO's, chemtrails,and mass surveillance along with the three Smurf technologies released by Edward Snowden and more, see Post 244, we have many nets that enclose us. 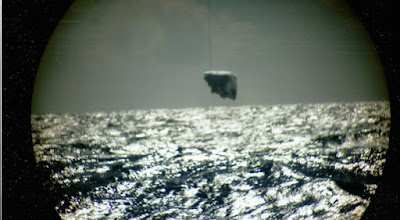 I also mention in the UFO Story how the ET on the planet Melchiadek split it in a war, and came to Earth and that I disagreed with the late amazing Zecharia Sitchin over the 12th Planet book, yet agreed totally after that. 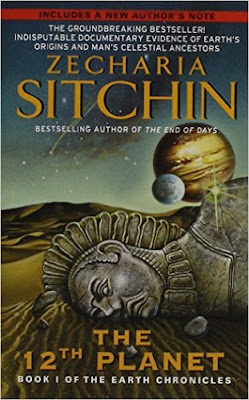 Courtesy Amazon Books.
So the five races have now extended their watching brief. Although humans are on Mars and the Moon and have exploded nuclear devices elsewhere they are not at the point of permanent colonisation and at war on outer planets, however there are wars in the Galaxy and those wars could link up with our solar system, so ET ARE VERY BUSY AND WATCHFUL. This explains several mysteries.  It also explains to me the fall of the Angels, Adam and Eve, the Giants and so much more and of course the NASA scientist who published this classic
However there is another choice which is the natural evolutionary change which is mentioned in my '1967 writings' and seen in:-
http://www.energygrid.com/destiny/geoff-freed/2013/01a.html (four Blogs) which I feel the ET are endeavouring to let evolve and not a cyborg, hard drive humanity ah la Kurzwell, or a transhuman future. 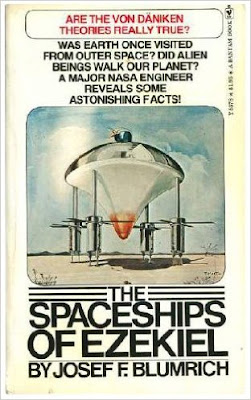 The Spaceships of Ezekiel (1974) is a book by Josef F. Blumrich (March 17, 1913 - February 10, 2002) on a spaceship that was supposedly observed by the prophet Ezekiel, written while the author was chief of NASA's systems layout branch of the program development office at the Marshall Space Flight Center. Blumrich went, after ufologists like Erich von Däniken had pointed to the possibility to interpret Ezekiel's vision as a report about an extraterrestrial spacecraft, to disprove this hypothesis. A thorough examination, though, convinced him that Ezekiel had, in fact, seen a spacecraft, and occasioned him to fabricate detailed drawings of the latter. He stated the technology of the creators of the craft must have been a little bit higher developed than that of mankind of the present, and that he had seldom felt as delighted, satisfied, and fascinated by a full defeat. In The Spaceships of Ezekiel Blumrich asserts that Ezekiel's account in the Bible was not a description of a meeting with God in a prophetic vision, but one of several encounters with ancient astronauts in a shuttlecraft from another planet. Blumrich analyzes six different translations of the Bible in conjunction with his experience in engineering and presents one possible version of Ezekiel's visions of how God—described as riding in an elaborate vehicle capable to see, attended by angels—supposedly showed him the future and gave him various messages to deliver. In the appendices to the book he presents technical specifications of the hypothesized spacecraft. Blumrich also published an article on his belief, "The spaceships of the prophet Ezekiel", in the UNESCO journal Impact of Science on Society.
It may seem irrelevant to some of you and that I lose credibility and some may say 'Geoff your nuts, or you do keep on about ET. However I know my sources and I have witnessed many and met many incidents and people.  Many a top military officials and other top politicians have told me things which stagger even my broad view of the subject, a few priests of varied religions, cults and isms have told me they regard ET either as angels(see Blumrich above), divine messengers, and or evil fallen ones from heavens grace. I regard them with honour, respect and dignity.  They may be our only hope. 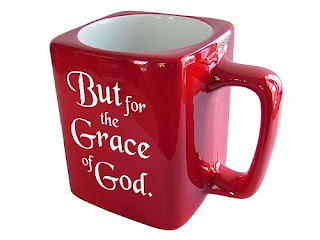 Courtesy  www.woodenercoverover.com
Whatever one's take on the word God, my feel for it is the Creator Intelligence of all and everything in existence, be it multi dimensions / Universes, big bangs, beyond the string and horizon theories and can be felt as Grace and yet remains invisible. To my reason and logic ET can and do exist, it is arrogance to consider in such a large Universe, nay yet our own Galaxy we alone exist. So be it, and there maybe watchers, observers waiting for us to grow up and awaken to whom we really are.
May 2016 be the year when we awaken and are gentle, kind and strong and so are fit to meet those who are our benign cousins from somewhere else.

May Grace Touch Our Hearts and  Guide our Actions.
Be Well. Geoff

Posted by GEOFF FREED ONLINE at 03:24