Hello and greetings.  In financial terms we here of 'bubbles' 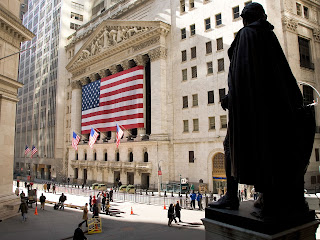 An economic bubble (sometimes referred to as a speculative bubble, a market bubble, a price bubble, a financial bubble, a speculative mania or aballoon) is trade in an asset at a price or price range that strongly deviates from the corresponding asset's intrinsic value.[1][2][3] It could also be described as a situation in which asset prices appear to be based on implausible or inconsistent views about the future.[4]
Because it is often difficult to observe intrinsic values in real-life markets, bubbles are often conclusively identified only in retrospect, when a sudden drop in prices appears. Such a drop is known as a crash or a bubble burst. Both the boom and the burst phases of the bubble are examples of a positive feedback mechanism, in contrast to the negative feedback mechanism that determines the equilibrium price under normal market circumstances. Prices in an economic bubble can fluctuate erratically, and become impossible to predict from supply and demand alone.
While some economists deny that bubbles occur,[5][page needed] the cause of bubbles remains disputed by those who are convinced that asset prices often deviate strongly from intrinsic values. Many explanations have been suggested, and research has recently shown that bubbles may appear even without uncertainty,[6]speculation,[7] or bounded rationality.[8] In such cases, the bubbles may be argued to be rational, where investors at every point fully compensated for the possibility that the bubble might collapse by higher returns. These approaches require that the timing of the bubble collapse can only be forecast probabilistically and the bubble process is often modelled using a Markov switching model.[9][10] It has also been suggested that bubbles might ultimately be caused by processes of price coordination[11] or emerging social norms.[8] (courtesy Wikipedia)

I know of an acquaintance who is a financial wizard, originally from Bangladesh and lived in Russia for eight years and is an honest trader so he says, yet by definition the stock market can lead to wheeler dealing and a shade of grey, but these rules, albeit sometimes locally agreed, a rough sort of 'gentleman's handshake of a dodgy nature' are accepted, however some rock the boat and end up upsetting the rocky status quo and are then given a large sum to get out or shamed and named, or even prison.
Anna Yang and amazing bubbles. 4 mins.

We all may have 'bubbles' our own world of beliefs and held together by words, concepts and symbols. The financial world like stocks and shares, quantitative easing, hedge funds, inflation, deflation, the financial indexes and symbols. 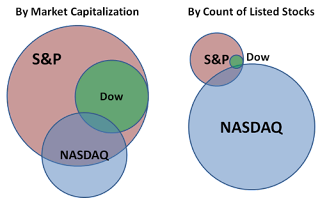 Courtesy dfhuz.tumbir.com
Science, medical, religious, political and other 'bubbles'  have their symbols, sacred images and words, these reinforce the bubble, make the flimsy nature seem more solid, safe and a platform, a solid base.
Yet it is known from quantum 'stuff' very little is 'solid' lasting and indeed totally reliable.
The human mind does not change, it feels insecure and as one advances in age to some this proves the inconsistency of permanence and foreverness in a form comprised of matter that will eventually decompose and decay and yet within this decay other elements form to compose a new form, a new being that may not resemble the original form i.e., a caterpillar to a butterfly, decomposing carcasses that breed maggots and so on. 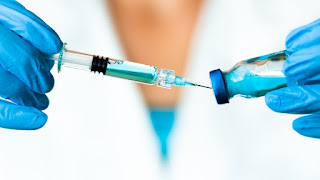 
The companies made donations of more than $2m to senators and others in the legislature in 2013-14 while the controversial Senate Bill 277 was being considered. In addition, it also paid out around $3m to lobbyists.
One of the biggest beneficiaries was a senator and doctor who was promoting the vaccine bill, and who received $95,000 in donations. Nine of the top 20 recipients were either legislative leaders or served on the Assembly or Senate health committees. The biggest donor was Eli Lilly—which developed the controversial thimerosal preservative used in most vaccines until recently—which gave $193,100, followed by Abbot Laboratories, manufacturer of an influenza vaccine, which gave $173,000.(Courtesy WDDTY)
6 mins about Fats.  really good information
Planet X again with some scientific and document evidence. 30 mins.
MAY I MAKE ONE ASPECT CLEAR. REGARDING SITCHIN .  I FEEL PLANET X EXISTS AND I DO FEEL IT IS THE TWELFTH PLANET, HOWEVER I FEEL THAT THERE WAS THIS PLANET MELCHEDEK, THE INHABITANTS DID BREAK UP THEIR PLANET AS IN THE UFO STORY, THEY FLED TO EARTH AND PLANET X AND INHABITANTS ARE THE FALLEN ONES. PLANET X INHABITANTS ARE OFF WORLDER'S AND NATURAL INHABITANTS WHO WANT TO RULE THIS WORLD AND THE GALAXY. HENCE THE FIVE RACE  HAVE A WATCHING BRIEF AS IN THE UFO STORY.  PLANET X AND THE ELITE ARE ONE AND THE SAME ORGANISATION. (UFO STORY MAY 2005 ENERGYGRID)
7, A HOLY NUMBER? I MENTION ALL RELIGIONS AND THIS INCLUDED BECAUSE I LIKE THESE MYSTERIES. MUST BE THE FORENSIC IN ME. 7 MINS.  7 CHAKRA'S
FATIMA'S  3rd prediction said to have been leaked by the Pope .  8 mins. 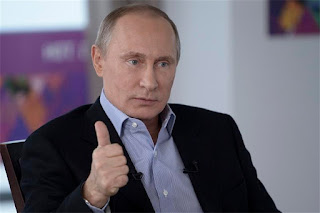 A report prepared by the Security Council (SCRF) circulating in the Kremlin today states that President Putin has issued orders that his people must be protected from GMO “food” and Western pharmaceuticals “at all costs.”
The report says that President Putin believes the next stage of human evolution is currently in “grave risk” and that Western and global powers are “intentionally decelerating the process for their personal gain.”
“We as a species have the choice to continue to develop our bodies and brains in a healthy upward trajectory, or we can follow the Western example of recent decades and intentionally poison our population with genetically altered food, pharmaceuticals, vaccinations, and fast food that should be classified as a dangerous, addictive drug.”
“We must fight this. A physically and intellectually disabled population is not in our interests,” the report states.
Describing the average government-controlled Westerner as an “intensively vaccinated borderline autistic fat man slumped in front of a screen battling a high-fructose corn syrup comedown,” the report states that such tactics used by governments to subjugate their citizens are not only “dark/evil” but “counter-productive in the medium to long term.”
Russia under President Putin has been giving away land for free in the past few years to people willing to farm organically and sustainably. The goal is to become the world’s “leading exporter” of non-GMO foods that are based on “ecologically clean” production.
The Security Council report comes just months after the Kremlin announced a stop to the production of all GMO-containing foods, which was seen by the international community as a major step in the fight against multinationals like Monsanto. Russia continues to lead the way in the realm of natural, organic farming.
20 mins Children being murdered by vaccinations and doctors being murdered for trying to protect them
http://www.healthfreedoms.org/murdered-holistic-doctors-had-discovered-autismcancer-causing-enzyme-intentionally-being-added-to-all-vaccines/  Please read this as it accompanies the video above.

So apparently the holistic doctors who were all being killed in FL had found out via their research that the nagalase enzyme protein is INTENTIONALLY being added to the population via immunizations. Nagalase STOPS vitamin D from binding to the Gc protein. This completely strips a human being’s body of it’s natural ability to kill cancer cells. Nagalase is a protein that’s also created by all cancer cells. This protein is also found in very high concentrations in autistic children. And they’re PUTTING it in our vaccines!! This prevents the body from utilizing the Vitamin D necessary to fight cancer and prevent autism.
Nagalese disables the immune system. It’s also known to cause Type 2 Diabetes. So basically…they weren’t  killing these doctors because they had found the cure to cancer or were successfully treating autism… they’re killing them because these Dr’s had been researching and had the evidence that the vaccines they’re injecting our precious children with are CAUSING our current cancer and autism crisis!! And that it’s obviously being done knowingly and on purpose! The Dr’s they killed in FL had been collaborating and were getting ready to go public with the information.
Depopulation 101..add poison to vaccines…make it law that all children must be injected to attend school. Slow kill methods. They think they’re being fair with their “survival of the fittest” type mentality. Only the best genes survive? These people have no souls.


Dr Ted Broer breaks the above info (about the nagalese) in this clip. He explains it much better than I do. The clip is short (from his July 25th Hagmann & Hagmann interview) but it’s a MUST listen. Dr Ted Broer broke it on The Hagmann & Hagmann Report and it took them a whole hour just to get him on air because their 3 hour show was brought down and every line they tried to use kept disconnecting..and then their servers were brought down. They  asked a bunch of people to pray against the attack and then finally got him on a secured line..and so a full hour into the show they were finally back on the air and connected to Dr Broer and the first thing he said was “I am in no way suicidal.” He was super nervous holding onto this info…afraid he’d be taken out Hastings style before he got a chance to say it publicly. So listen to this short clip of him breaking the story.( Read more in article in link)
ECOCAPSULE   2 mins. 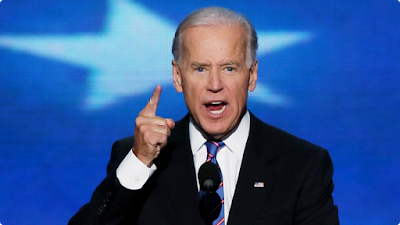 His remarks echo those of the UK’s Lord Saatchi, who is also trying to free oncologists from relying almost exclusively on chemotherapy, surgery or radiotherapy.
Since his son died, Vice-president Biden has been exploring why more innovative treatments aren’t being trialled. The answer lies in the world of cancer and medicine, he said.
One of his last initiatives as vice-president is to “break down the silence” that permeates the worlds of cancer treatment, researchers and their benefactors. In meetings with the various groups, Mr Biden said the whole industry is rife with competition, territorialism and resistance to information-sharing.
On Twitter, he has urged Americans to “demand collaboration from the scientific community.”
During the final 12 months of his term of office, Mr Biden has promised he will push for more funding into cancer therapies, encourage data-sharing about patients and treatment outcomes.
Two promising therapies include immunotherapy, says Mr Biden, which harnesses the body’s own immune system to attack tumours, and ‘precision medicine’, which is based more on the personal genetic make-up of each cancer patient.
Lord Saatchi is attempting something similar with his Medical Innovations Bill, which would free oncologists to try other promising therapies. He created the Bill after witnessing the death of his wife, who endured many courses of chemotherapy.( Courtesy WDDTY)
Maybe one day we will have a race as predicted in my 1967 writings. January 2013, 4 blogs energygrid.  There are Glimmers here and there.
Until then be extremely well. Geoff

Posted by GEOFF FREED ONLINE at 02:45