Hello and welcome in view of current events I felt to include this special. There is so much change in the political and economic arena that a few points to illustrate just some of the main topics.
In the UK we have an election which may produce a close unexpected result and which shows people are tired with austerity measures and cheating large corporations ( more of that later).
http://economictimes.indiatimes.com/news/international/world-news/donald-trump-withdraws-us-from-paris-climate-deal/articleshow/58952959.cms 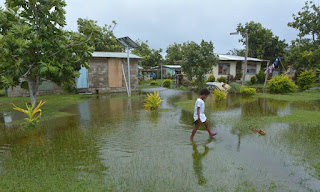 Floods in Fiji. Pacific island nations are particularly vulnerable to rising sea levels, and Frank Bainimarama, the Fijian president, has written to Trump to urge him to stay in the Paris deal. Photograph: Chameleonseye/Getty Images
https://www.theguardian.com/environment/2017/may/07/trump-climate-change-officials-worried

It seems even large businesses were shocked over President Trump's decision to pull out of the Paris Climate talks.  This could give the green light and go ahead for all manner of things; for instance with the chemtrails destroying soil and human immune systems, and as you read from 317 A,B, C, Posts that there were definite scientific facts on 'chemicals being dispersed(chemtrails, which by the way you can see visually, HAARP heating upper atmosphere), GM crops and so called fertilisers and my concern is that as the soil gets further depleted and the madness of economics, economics, profit, profit, profit, power, power, and gets into a shark eating frenzy then more mad more health problems, more profits for Big Pharma and the dream of the One World Government becomes a reality, at last they really can mass axe the populace, earn a profit from them, dumb us down and we become walking zombies. 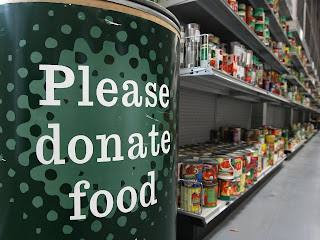 The above shows a food bank and the news in the UK shows there are two thousand, I have seen the official figures and there are more like fifteen thousand and growing, one and half million children malnourished and homes being repossessed and this is the UK and when the Government were told this with more austerity measures to come the reply was BREXIT is more important, only one politician in the UK was speaking up for the population for the poor whilst the wealthy flourish. 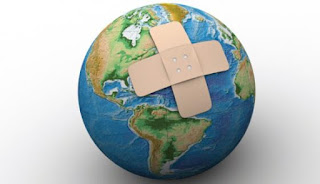 I can see President Trump's point that he wants more infrastructure and jobs, however polluted water and sky's will only make the ill Health of the nation soar and workers will suffer and take time out, many will perish maybe and this is where they will look for immigrants who once were barred will be welcomed, only to die at the hands that wish to feed therm, we may even return to a form of coerced work a polite term for slavery. Here in the UK they are hell bent on fracking  and the mass protest ignored scarring of the great beauty Spots.  Greed knows no limits. 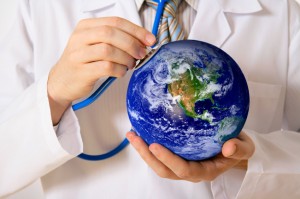 Courtesy www.theafronnews.com
What sort of message, what sort of role model is this for youngsters?  Technology replacing manual work and other types of work, a burgeoning older population, wars and greed and so on, is there a solution; there is in my way and it is not profit mad but it can make a living. GO BACK TO THE LAND; Start local organic farms, local communities, feed in local solar / wind / compost and septic tank methane producers, earth thermal energy, the latest technology which is harmless to the Planet, plant, animal, bird and fish life, us as well.  This cuts down transport costs, use medical and herbal strategies, bring in traditional complimentary remedies.
AH I hear the cry where's my motor going, my TV, my computer, my addiction, my noise, my fashion my, my, my I don't care a fig about others I must have my fix, pull up the drawbridge I'm alright Jack. 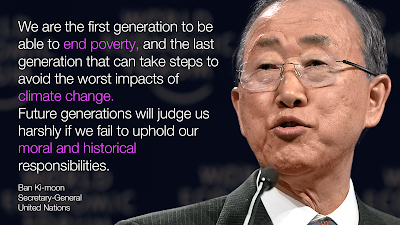 Courtesy UN
Many people I have shared my views with have said its a lovely dream, there is no political will, the elite will never let it happen, even if the world population were to revolt, the Governments would mow us down, they have built large concentration camps and would intimidate and incarcerate us, we would be as cattle, they will chemicalise us and beat us into submission.  Yet the human heart and spirit will find a way, the mental Berlin Wall will bring down the most obdurate situation AND NOT BY VIOLENCE, KILLING, MAIMING AND RAPE, we have to find it in ourselves to find the way of the Universe and compassion. Courtesy www.alalam.ir
I still feel the major part of of climate change is a natural cycle yet we contribute that 10% that can tip the scales and it that 10% that is vital. 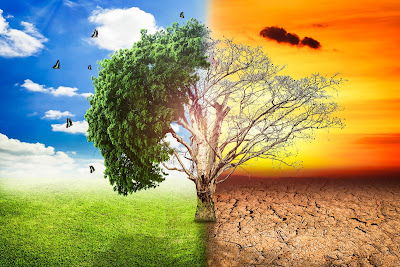 Courtesy www.zalaikilato.hu
My reasons I have listed in the Posts before and many since 1999 onwards.  Remember that fossils, drilling's at the Poles, Astronomy, Archaeological, scriptures and legends show us these cycles, however one thing they did not have the 10% cars, aeroplanes, industrial factories of huge proportions, oil refineries, hydrogen bombs and other war implements (Cluster Bombs, depleted Uranium bombs) pesticides, chemtrails, plastic in the seas and so on.

Four more   shackisback.blogspot.com
some browsers(.co.uk or SHACK with title underneath)

Posted by GEOFF FREED ONLINE at 03:34