Hi Folks.  My take on the first video below at CERN is that the pineal gland is at the centre of this all. The Pineal Gland has many esoteric meanings and I have blogged pages of it.
The Archive from the late energygrid is 99.99% complete here is the reference.
http://geofffreedarchive.blogspot.in/search?q=Pineal+Gland and you can use the search bar for anything else, these are my articles and information from 2005 till the beginning of 2013.  Some videos and photos and, pictures and diagrams are not obtainable or been put down but a vast majority stands.
http://geofffreedarchive.blogspot.in/search?q=CERN
Should you keep scrolling lots of related stuff comes up.  So there you have the current Posts, the transferred blogs from the former energygrid and the poetic, prose, koan and riddles of Shack.
More on the Pineal to follow.

As we've been saying for years, LDL isn't the 'bad' cholesterol that's responsible for heart disease and blocked arteries-and now scientists are proving it. Although it's the target of statin drugs, LDL doesn't cause fatty deposits in the arteries, but prevents them.
The 'good-bad' cholesterol theory, which launched the multi-billion-pound statin drugs industry, has claimed that oxidized LDL (low-density lipoprotein) moves into arterial walls and engorges them with cholesterol. In time, cholesterol converts into plaque, blocking the arteries or sending clots into the bloodstream, causing heart attack or stroke. Statin drugs target the LDL cholesterol, while allowing the 'good' HDL cholesterol to flourish.
Scientists have been discovering for a while now that the theory just isn't true. Results from human and animal studies show LDL cholesterol isn't the 'bad guy' after all.
And now researchers from the University of Kentucky are becoming increasingly convinced by the evidence. "Our research...seems to indicate that oxidized LDL might, in fact, be a 'good guy' in the process," said lead researcher Jason Meyer.
In their research, the researchers found that LDL cholesterol was actually preventing an increase in cholesterol in artery walls, and so is a protective mechanism against heart disease and atherosclerosis (hardening and blocking of the arteries).
(Source: Journal of Lipid Research, 2014; 55(8): 1648)
Trailer---Global Quest re Cancer 4 mins
https://go.thetruthaboutcancer.com?ref=aa2d534b-5212-4066-adb9-658912959790


OH NO RUSSIAN HACK ON FRENCH ELECTION.    3 mins
9/11 Trump and astounding facts and shots.  11 mins
THE WAR ON CONSCIOUSNESS.  MOST MOST IMPORTANT. 5 mins
NOW MACANGATE ---OH BOY ---6 mins
How HRT GOT A BAD NAME. 7 MINS
Smart meters ---yuck----4 mins
Not so bad---Trump and Russia 3 mins
FROM THE HORSES MOUTH 1 min
Psychedelic Drugs the future of Mental Health Medicine. 9 mins.
THEN WHAT ABOUT;

Timothy Francis Leary (October 22, 1920 – May 31, 1996) was an American psychologist and writer known for advocating the exploration of the therapeutic potential of psychedelic drugs under controlled conditions. Leary conducted experiments under the Harvard Psilocybin Project during American legality of LSD and psilocybin, resulting in the Concord Prison Experiment and the Marsh Chapel Experiment. Leary's colleague, Richard Alpert (Ram Dass), was fired from Harvard University on May 27, 1963 for giving psilocybin to an undergraduate student. Leary was planning to leave Harvard when his teaching contract expired in June, the following month. He was fired, for "failure to keep classroom appointments", with his pay docked on April 30.[1]
Leary believed that LSD showed potential for therapeutic use in psychiatry. He used LSD himself and developed a philosophy of mind expansion and personal truth through LSD.[2][3] He popularized catchphrases that promoted his philosophy, such as "turn on, tune in, drop out", "set and setting", and "think for yourself and question authority". He also wrote and spoke frequently about transhumanist concepts involving space migration, intelligence increase, and life extension (SMI²LE),[4] and developed the eight-circuit model of consciousness in his book Exo-Psychology (1977). He gave lectures, occasionally billing himself as a "performing philosopher".[5]
During the 1960s and 1970s, he was arrested often enough to see the inside of 36 different prisons worldwide.[6] President Richard Nixon once described Leary as "the most dangerous man in America".[( Courtesy Wikipedia)
Talk about reinventing the wheel and how condemnation can turn to approval. Then What about Cannabis? Forbidden cancer cures, Complimentary medicine,free energy.
In native communities Shamans use these herbs and natural means they have been doing this for centuries. Many a Western scientist and journalist have made documentaries that have appeared on mainstream media. Is there a sinister agenda by certain multinationals like Big Pharma and the profit motive----warning if Big Pharma chemical- ise these into prescription medicine I would not want them in me, naturally sourced and applied yes.

Eating 'bad' foods and never exercising cause the cells in our body and joints to become less efficient at producing energy, say researchers from the University of Surrey in a review of arthritis.
The cells start producing too much glucose as a way of overcoming this energy short-fall, but the unused sugars are transformed into lactic acid, which the body can't flush away.
In turn, high levels of lactic acid lead to inflammation in joint cartilage, which makes movement harder and causes pain—and which medicine calls osteoarthritis.
When arthritis is seen as harmful metabolic reprogramming, caused by a poor diet and a lack of exercise, it becomes a disease that can be controlled and its progress slowed—and even avoided in the first place, say the researchers.
As medicine has nothing to offer the arthritis patient—other than painkillers and, eventually, joint replacement surgery—it's a positive message.
Lead author Prof Ali Mobasheri said: "For too long osteoarthritis has been known as the 'wear and tear disease' and it has been assumed that it is part and parcel of getting older. However, this is not the case and what we have learnt is that we can control and prevent the onset of this painful condition."
Osteoarthritis is the most common form of arthritis, and effects 8.75 m Britons alone. Post-menopausal women are predisposed to it because of biology, genetics and hormones, the researchers say.
Amazing ----what do you think?  11 mins
If it is hoax then its pretty darn good. The right arm looks as though its robotic or of a different bone structure?  What really came to me after talking it over with my sources is that it is a UFO but man made and robotics are leaping ahead just look at Google's Atlas Robot.
Atlas Robot 3 mins. If they are showing you this now you can be sure this is an old, old model.
I over the moon!!! 17 mins
just listen to the credentials of some of the presenters.
This is not going away----more intrigue and cover ups.  3 mins
More on Seth -----6 mins
I have campaigned for over forty years about fluoride, whilst this is an important information this has been known for over sixty years I have blogged in the former energygrid magazine with over ninety reports on this since 2005 in the magazine and other places beforehand. Many countries in Europe have banned it. Fluoride is by far one of the most deadly chemicals and in the UK a cover up was done by a meeting of Dentists at the York Convention on the subject many years back.

Adding fluoride to the public water supply should be stopped, say researchers. Any supposed benefits of preventing tooth decay are more than outweighed by the increased risk of causing thyroid problems, leading to fatigue, depression and weight gain.
High rates of underactive thyroid-or hypothyroidism-are 30 per cent more likely in areas that have been fluoridated, say researchers who have surveyed 98 per cent of GP practices across the UK.
This suggests that around 15,000 people now have thyroid problems simply because their local water supply has been fluoridated, say researchers from the University of Kent. Areas of the West Midlands and the North-East of England-where many local authorities have started fluoridating the water-are especially affected.
Lead researcher Prof Stephen Peckham said: "The difference between the West Midlands, which fluoridates, and Manchester, which doesn't, was striking. There was nearly double the number of cases (of hypothyroidism) in the West Midlands".
The researchers compared areas of fluoridation against health records from 7,935 GP practices around the UK. Rates of hypothyroidism were at least 30 per cent more likely in practices with fluoride levels in excess of 0.3mg/l.
Previous studies have shown that fluoride inhibits the body's iodine levels, which are essential for a healthy thyroid. The thyroid gland regulates the body's metabolism, and an underactive gland can lead to depression, weight gain, fatigue and aching muscles.
(Source: BMJ Journal of Epidemiology and Community Health, 2015; doi: 10.1136/jech-2014-204971 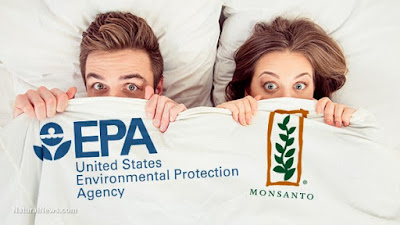 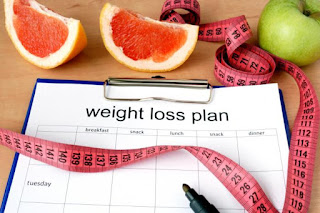 Courtesy Medical News Today http://time.com/4793832/the-weight-loss-trap/
Mr Putin on American Presidents. 5 mins
https://moneymorning.com/2017/04/21/what-is-obl-the-superfuel-behind-a-7-2-trillion-revolution/
Check this out and research.  This is  about a new fuel OBL with vast amounts found the Andes.
Be Well.  Geoff

EXTRA SPECIAL ADDENDUM
I am publishing two Posts together Post 318 and 319
at the end of Post 319 I have explained why this is.

FOUR SHACKS as well .
Posted by GEOFF FREED ONLINE at 04:44