Dear Readers Welcome and I trust you are thriving. I know I repeat a lot of other peoples work lately and especially the two long articles below, however they contain much new content and some repeated content and each one will express new findings. Also some readers may not have a computer and or know where to find the information or are not computer friendly and believe it not some readers have said its OK it sets out the facts and saves us downloading and is a reference point and a sort of archive. From my point of view these amazing Robert and Arthur lay it out so much better than I. 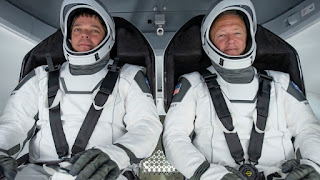 Courtesy  The Atlantic
Although the space-x Dragon launching and docking with the ISS was indeed remarkable and is no doubt a great achievement and will probably lead to other endeavours to the Moon and Mars ( laying aside there are already military bases on the Moon and Mars --see back POSTS), never the less apart from Elon Musk trying to get free speech and relaxing censorship as in the link below and is to be commended for it, unfortunately marring this is his Starlink project and low orbital satellite launching which you may read about in the Arthur Firstenberg extended article below. It seems that it one step forward and one back.
Elon Musk is brave or just a anomaly and must challenge those stuck in the mud 'fact checkers' who are still taking order and pay offs from the Deep State, especially their greedy licking lips and fat cheques in order to develop this vaccine, surveillance and servitude to embrace the populace in a tight corset of fear. Mr Musk certainly pushes the boundaries in one way and feeds the same with unreasonable pollution. 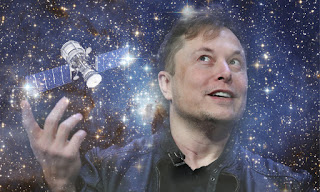 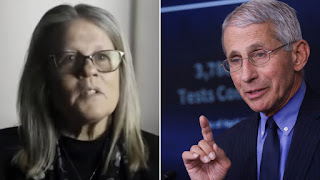 From link
Pulled from YouTube, censored in internet searches, and denounced by every single mainstream media outlet, what kind of information could make everyone so mad about ‘Plandemic’? We watched it to find out.
A 23-minute teaser clip of the documentary went viral on Wednesday evening, notching up tens of millions of views across multiple platforms. However, a media outcry soon followed, with mainstream media outlets deploying their ‘fact-checkers’ to debunk its claims, and Facebook and YouTube removing the video, citing their new rules on Covid-19 “misinformation.”
Yet censorship is also a sure-fire way to generate interest in the very thing you’re trying to censor – and multiple copies and versions of ‘Plandemic’ began to appear like mushrooms. So who’s behind it and what’s in there? Quote from link---read on; (Even if Dr Judy above is not correct 'I think she is and Fauci is the villain surely we are grown up enough to weigh up the pros and cons? Is the Deep State more concerned with power and profits than the truth).
https://www.rt.com/usa/488215-plandemic-conspiracy-documentary-censorship/

PLEASE READ THE ABOVE LINK AND VIDEOS ONE OF THOSE ABOVE IS THE SHERIFF'S.
MARK THIS WELL ALL NATIONS OF WORLD AND ESPECIALLY THE UK, IT IS BECOMING OBVIOUS IN THE UK IT IS SLOWLY CREEPING IN AS ABOVE.
WHAT ONE SERIOUSLY HAS TO ASK ONESELF----IS THIS A WORLD WIDE MOVE BY THE DEEP STATE,THE SO CALLED ELITE AND ILLUMINATI, THE CLUB OF ROME, THE BILDERBERG'S OR WHOEVER IN A WORD THE NEW WORLD ORDER OF TOTAL SURVEILLANCE, DICTATORSHIP AND AS THE SHERIFF'S STATE A RESURGENCE OF HITLER-ISM.