SpaceX has confirmed that a geomagnetic storm destroyed most of the Starlink satellites it launched last Friday.

One scientist thinks we should accept that there is no afterlife and move on with our lives on this earthly plane.

Sean Carroll, a cosmologist and physics professor at the California Institute of Technology, said according to the Express:

"The laws of physics underlying everyday life are completely understood."

Dr Carroll explained that for there to be an afterlife, consciousness would need to be entirely separated from our physical body.

One scientist thinks we should accept that there is no afterlife and move on with our lives on this earthly plane.

Sean Carroll, a cosmologist and physics professor at the California Institute of Technology, said according to the Express:

Rather than repeat myself I would refer to SHACK 1065 and there are the millions of NDE experiences and of course the point raised there is; people are afraid of death and that this is a comforter and of course Jesus and prophets were wrong as well.
There has been extensive research by a Doctor and scientists and here are some examples:-
https://lightartacademy.com/news/photographs-of-soul-leaving-the-b

Dr Carroll explained that for there to be an afterlife, consciousness would need to be entirely separated from our physical body.

Then again Einstein and Tesla; '“Everything in Life is Vibration” – Albert Einstein

Sound is also a vibration and so are thoughts. Everything that manifests itself in your life is there because it matches the vibration from your thoughts. Just because we don't understand something it doesn't mean it isn't true. .'Nikola Tesla said, “ If you wish to understand the Universe think of energy, frequency and vibration. “ ... It's our doubt and changing frequencies and our inability to hold thoughts and visions for extended times that takes us off our path.' (THERE ARE trillions and trillions and trillions of frequencies and vibes in the UNIVERSE and oh Dr Carroll how is it not possible that when new discoveries are made you will have been proved incorrect) SHACK.
Dr Carrol and many scientists only know about the current academic models and it shows by the statement made above that the whole of science is understood and now the high priests of science reign supreme and this means religion morals and all that go out and this fits in with the complete materialistic vaccine chemicals that are superior to our natural anti bodies and immunity.
One of the most hair raising quotes;
GOVERNMENTNEWSREGIONSSUBVERSIVE GROUPS 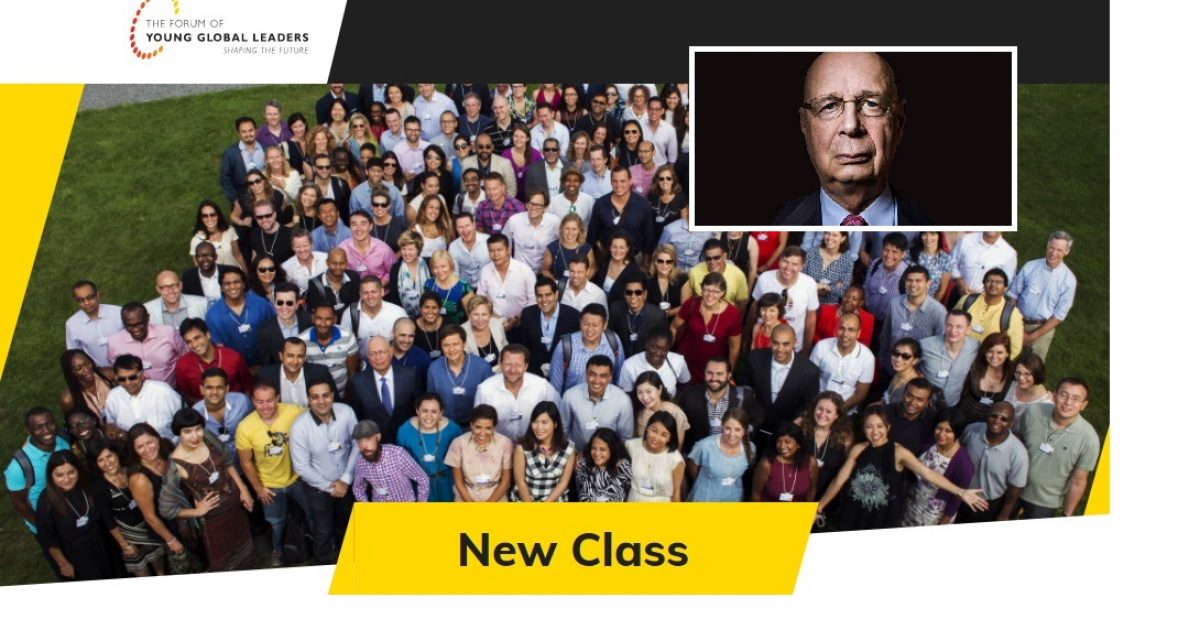 The World Economic Forum’s goals are far more than remaking the economy. They want to physically alter you and your children.

Klaus Schwab’s Young Global Leaders class of 2021 include the Lieutenant Governor, State of Michigan, a Senior Vice-President at Uber, racist activist Ibram X Kendi and executives at Dow, Pfizer and Merck among many others.

Countries from all over the world are represented in the World Economic Forum’s latest crop of 112 potential globalist leaders. This class joins radical left luminaries such as Bill Gates, Jeff Bezos, Peter Buttigieg, Emmanuel Macron, Gavin Newsom, Angela Merkel, Jacinda Ardern and many others.

According to their website, the Young Global Leaders consist of “more than 1,400 members and alumni of 120 nationalities”. The individuals are trained to be “[A]ligned with the World Economic Forum’s mission,” to “drive public-private co-operation in the global public interest.” The WEF is known for their annual meeting of elitists at Davos, an alpine resort town in Switzerland.

The World Economic Forum is promoting the dangerous shift of government’s ongoing merger with massive corporations, described as “public-private co-operation”. This “co-operation” is also illustrated in so-called “stakeholder capitalism,” which moves industry from operating on a profit motive. Eventually, such a system would be forced to cave in on itself, but the globalist elitists do not appear too concerned about that.

Anyone can scroll through the list of the Young Global Leader’s class of 2021 by region. Here is the list representing North America:

A shocking November 2020 article posted at LifeSite News features Dr. Miklos Lukacs de Pereny, a Professor of Science, Technology and Innovation at the Universidad de San Martín de Porres in Peru. The professor was quoted as explaining that the Fourth Industrial Revolution “is nothing other than the implementation of transhumanism on a global level.”

Indeed, in this 2016 clip, Schwab states that this “Fourth Industrial Revolution” will “lead to a fusion of our physical, digital and biological identities:”

Should you want to see the future city and towns; first the local communities, villages, towns, cities and then countries; see my 'Welcome to Smart City  'Monday  21st September 2020'

'
Now with the above 'SMART CITIES' as ONE SMART WORLD no individual identity, monitored and surveilled by WHOM? YES A SUPER DUPER COMPUTER  CONTROLLED BY ; Klaus Schwab, Elon Musk, Bill Gates and can these moguls these tycoons be 'trusted' amongst there own kind or a fight amongst themselves for utter supremacy?
I feel the Sun is an intelligent being as the tiny atoms are imbued with intelligence, we live in a interrelated, interconnected symbiotic ecological world (research into forests show how at the root system every  plant and tree and so on connected in some way-----https://www.ttbook.org/interview/listening-mother-trees and I extend that to a living conscious Universe and that The Universe which is the Plan and Idea of the Great Creator will only allow so much interference with its Creation and will not destroy it but let the HUMAN arrogance do it.
So Mr Musk the Sun will take down your toys in time and if it does not then the harmful energies of the 5/6/7/8G---will either destroy or mutate all life as we know it in 2022 and you certainly will need cyborgs to live with that. In fact the food of CYBORGS will be the frequencies of microwave frequencies and in the end OXYGEN will not be needed at all.

To support this I refer to my blog and information about the startling comparatively recent changes in the Solar System by NASA. www.geofffreed.com

Many said it was a fake interview; Alien Interview under the Auspices of Lawrence R Spencer ( Author of the Oz factor).
In my view and the contacts I had with NASA the many contacts I had through the job I did and the travels and workshops to EU in Brussels and UN in Rome (see my CV) I feel and know it is authentic. The point is in the interview the ET explains it does not oxygen or food (although it did ingest some nourishment) it was a bio organism of a sort and was intelligent but almost devoid of emotional content so here maybe a back engineered or idea picked up from a UFO survivor. It is similar to the cyborg as above in the points raised about Schwab.
https://www.psychologytoday.com/gb/blog/think-well/201906/does-consciousness-exist-outside-the-brain
I have a video of myself on TV with Dr Fenwick way, way back, it is a DVD supplied by the ITV. I have a summons on a person who cut short and edited the You Tube edition he mysteriously disappeared.

matilda-macelroy.com › wp › bio-of-matilda-odonnell-macelroy
Matilda O'Donnel Macelroy is best known for or by the Alien Interview, and now the famous Irish nurse on duty in the U.S.during the Roswell incident in 1947 tasked with conducting the interviews. Excerpt of the Letter from Mrs. O'Donnell MacElroy to Lawrence Spencer the writer of Alien Interview.
I have found the authentic You Tube of my NDE
Posted by GEOFF FREED ONLINE at 06:47