Hello and glad you could join me.  Now and again one comes across a true freedom fighter. Not one who incites to riot or is unduly provocative but is intelligent and seeks human liberty and expression. Such is Glenn Greenwald.
Glenn Greenwald
Codepink tryto arrest Kissinger.  1 min.  Shame they failed.
http://www.huffingtonpost.co.uk/2015/02/05/tory-mp-mark-spencer-starve-dark_n_6622468.html

That sort of remark and smug countenance make everything political a bad breath halitosis gaseous cesspool into shame and the loss of human dignity and compassion. He should be made to stand with just his soiled pants on and dish out food in the local food handout centres.  He and Kissinger should be made to serve in food kitchens and do voluntary work for five years.

Hey----small robots-------6 mins
THREE GREAT GUYS AND A WOW.  15 MINS
I phone 5 NSA. DEADLY TO SAY THE LEAST.  4 mins.  Surveillance to the utmost.
WOULD YOU LET YOUR KIDS WALK ALONE IN NEW YORK. 4 mins
http://www.theguardian.com/world/video/2015/feb/10/father-martyred-drone-yemeni-teenager-records-life-similar-fate-cia?CMP=embed_video  I cried and cried and cried. God help us---this barbarism is unbelievable.
40 mins of valuable if not frightening information and advice.
OK MY readers have dropped off, that's OK.  I expect the news is shocking. It's meant to be the above video will shock you. Deborah gives you the SOLID INFORMATION in documents you can get and you cannot say she is lying or being a conspiracy agent, nor a whistle blower she tells you what is governmental documents and is laid out for you. If you go through the depression she mentions and come out brain clear, then you have not only won, you have started to break the evil matrix. THIS IS  not science fiction this is real and in your face, fact.

Can one overcome this horrendous imposition, yes it takes a lot of effort and yet is simple. In the collective unconscious, and it is unconscious because one is not aware of its content UNLESS one wakes up from its habitual bombardment and brain washing, the sheeple (human sheep) begins to wake up and becomes aware of the unconscious, becomes aware of the anger, the pain or whatever, and breaks the robotic wavelengths which have been targeted.  Targeted on the whole human race as Deborah has explained and I have gone about since 2005 blogs till now. Conditioning, brain washing, a mind cluttered with lies and deceptions. 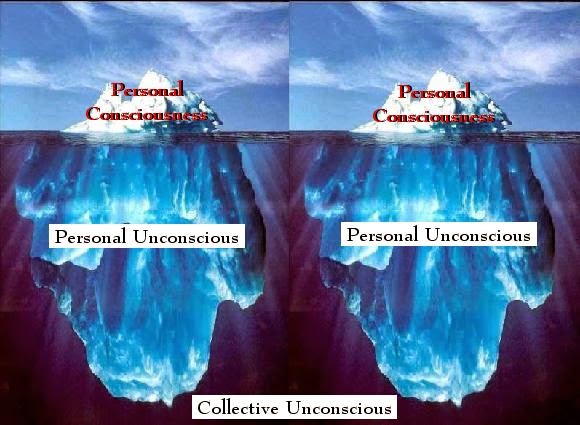 The moment you accept blindly you have to have a smart meter, and perhaps forced too, you know inside its wrong and dangerous, that is if you have researched it and seen through the lie like climate stuff, GMO, chemtrails, you have loosened the grip on the unconscious where it is sucked up through the collective brain media / frequency / nano / chemical shit and because the brain responds to changes in thought and produces neuropeptides that are changed chemically (see Bruce Lipton and 'The Biology of Belief) and all the wonderful stuff coming out about neuroplasticity. One of the biggest deceptions is that you cannot change your mind, only within certain limits and genetic hand me downs, our genes are fixed, glued, straight and only have variable flexibility. 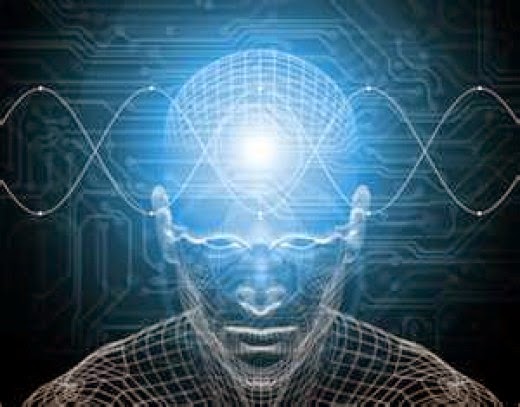 Courtesy wingedcentaur.hubpages.com
Yes it is a battle in the beginning, by awareness, presence, mindfulness, meditation, one becomes aware of what is oneself, one of the realisations is that thought is a process which can be used and is not automatic. One finds that the emptiness of thought, the space between thoughts, held not by force, but by letting go, is enjoyable, feels free. Then see how the repetitive thoughts fight to take one into non awareness or just the usual humdrum tape, inner dialogue, the constant humming and energy sapping rote of brain washed every day assistance.  No wonder so many people are depressed, seek distraction and must have noise and gadgets to feel their false selves. Yet deep down, some deep calling becomes louder, come home to the silence, to the inner peace where the awareness sorts out the false from the truth. 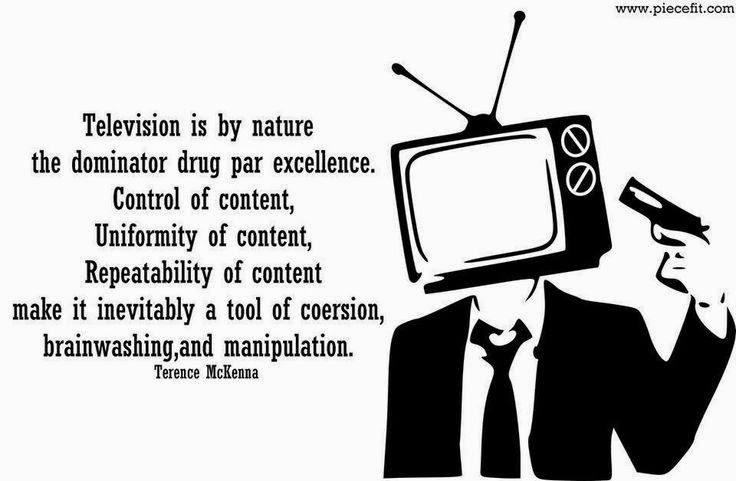 There is a kind of withdrawal on waking up, a chemical one from the cell receptor receiving their changed chemicals, the mind trying to claw back its old familiar unhappy but safe world, hating the gaps, desperately trying to fill in with other brain washing, until one collapses sometimes through exhaustion into the emptiness or gets depressed and suicidal, goes to the doctor and gets psychotic drugs, anti depressants and then just becomes a roving zombie like  the figure above. If is a fact that the chemtrails are the 'major' delivery service' of mind control then all global citizens are under this 'cloud'. If through cell phones, computers and the like, one's mind can be 'read', then all one's weaknesses, fantasies, delights can be nurtured and fed. This then makes one a robot and a mindless zombie, a sheeple.
I mentioned in a back blog and in the Italian video in that Post that the chemtrails were turned off so to speak when the president arrived, and the so called elite have antidote to all diseases and pollution as you can read in lots of literature about sex slaves to the elite never get sexually transmitted diseases or infection nor their slaves------however when their and our use is over they are discarded and left to rot, their own kind as well. Why so in case of leaking to much information. 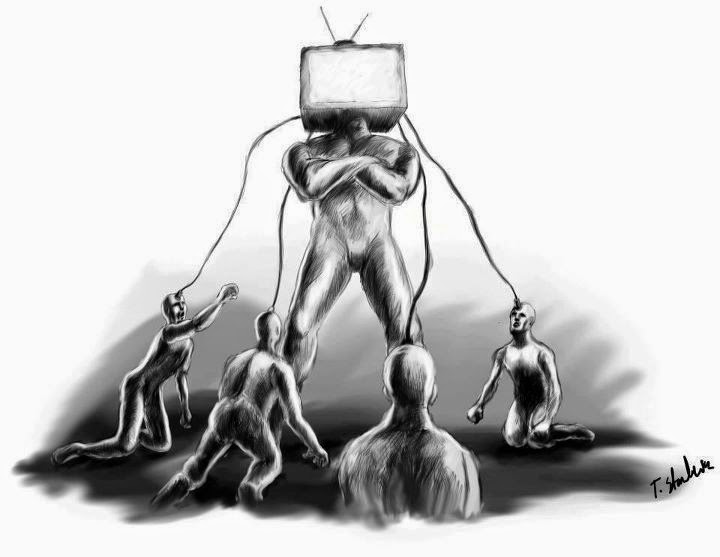 Courtesy www.thesleauthjournal.com
One then begins to cut the cables, the wires as above, then becomes aware just how brain washed we are, one is, I am, and the process becomes a detoxification of mind and body, then instead of seeking another programme one develops awareness, yes at first it seems like another programme until one day, when thinking ceases albeit temporarily, and one is not a vegetable, an imbecilic dotard, and it is OK to have deep peace, a feeling of aliveness for no reason other than being alive, free in mind.  Yes one may feel restricted by internet censoring, the curbing of human rights, more wars, more austerity, yet as more wake up, the world domination of the corporate one world masters is broken. It will mean more fear loaded through the mind bending networks, the snooping the false flags, AND yet in a strange way this may back fire as it could be the cause of a mass wake UP, not just protests in the street, but even more powerful, THE INDIVIDUAL just having a FREE mind, not a mind running on every whim and impulse, not a dull repressed mind, not a fanatical obsessive mind, but something transcendent and powerful. A mind free and joined to the Collective Conscious Cosmic Universal Mind, now that is something to pursue and as the title of this Post say 'Will It Matter?' That dear friends is a matter for you to decide. 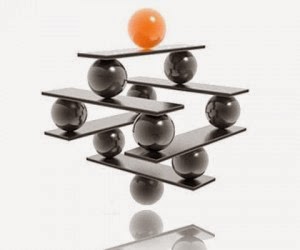 Courtesy positivepsychology.com
There are several other aspects which may relieve some pressure and assist change. In the above image we have a balanced structure, and if one studies balance it is a constant adjustment. Small movements to keep the structure relatively stable.  Then an event happens and it topples. This I term the the Tipping Point.

Courtesy wineeconomist.com
As the structure tumbles as the egg above, it smashes the structure and goes into chaos, or if in a frying pan, becomes a new form.  So like the caterpillar going into the chrysalis to become a butterfly, the form has to break down.

Prigogine's theory of dissipative structures says in précis that a structure has to exchange with its environment and gets to a point where it cannot contain its form and so dissolves into chaos and in this random state depending on the exchange and other factors, may come out into or from the breakdown into a higher 'better' form suitable for its environment.  We see this in the growth of humans, for instance,birth, baby, child, puberty, adolescent, youth, adult, old age, death. So death could lead to higher finer form. 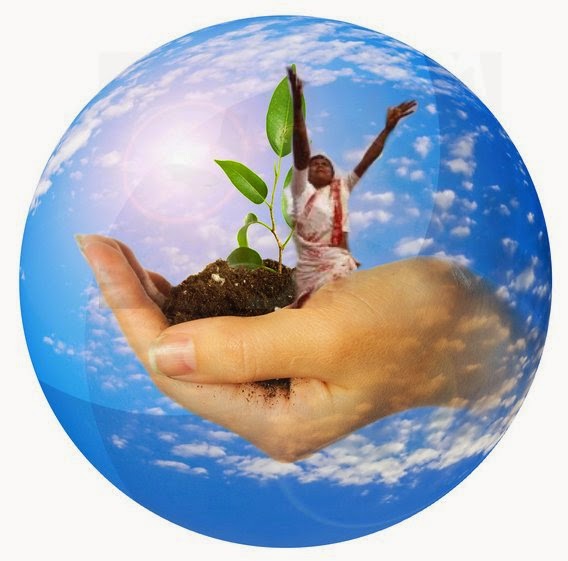 Will our world 'burst' open implode as we become full up, to do this we have to constantly exchange to build the form and not stagnate and so perish, die without reaching a new form, or will  we break out from this crippling mind set pattern and go into chaos and reform into a higher more evolved form? 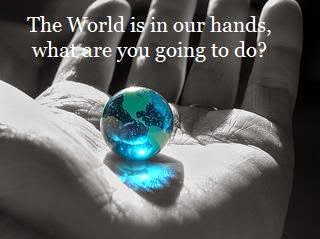 Courtesy googleimages.
Do we want a New World Order dominated as above with Deborah? Do we want a cyber body by being semi robotic and genetically modulated and manipulated?  As I see it we are on the brink of the tipping point and some point going into chaos of some sort, I also feel there are new Cosmic energies afoot which are driving us to an evolutionary tipping point and that the 'elite' do not want this as it robs them of their power and usurps their New World Order Plan.
Furthermore I feel ET are watching the way this plays out. However the ET's main concern is to keep the planet from breaking up and they can refurbish the planet if we burn it out, destroy nature as long as the planet is in one piece. So as we watch and wait, by being aware and attentive we may just be able to wake up enough to swing the balance and if we are truly empty in an aware sense we maybe given the intuitive silent 'message' so to speak and work the energies of change through us, so that there is a non violent revolution as the energies of true change cascade through the collective unconscious and clean out the muck as in the analogy of Hercules and the Augean Stables (his fifth task), some say the Aquarian age epitomise this as the water jar of the being who crosses the arc of then heaven pours out his waters of change.  The waters being analogous to the new energies. 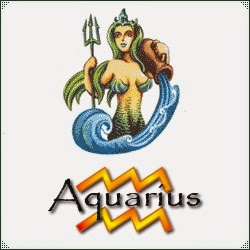 Aquarius - The Water Bearer - 20 January - 19 February
A Masculine, Fixed Air Sign.
The eleventh sign of the zodiac, Aquarius, is represented by the image of a man pouring water from a large jar. This image is said to be derived from from the Nile God Hapi, who poured water from two jars. An earlier Babylonian image of a star god, also held a water pot. The Babylonian name for Aquarius can be interpreted as 'great star' or 'constellation of the great man'.
This later definition was adopted by early Christians who used Aquarius to represent St Matthew, one of the four Evangelists. Despite its name, Aquarius is one of the air sign, and its symbol, of zig zag lines, are derived from early mediaeval symbols representing water flowing from the jar of Aquarius.
Actually Aquarius is an air sign and some say it refers to spirit and others for the return of the Messiah's we are waiting for, or maybe the Messiah is a collective change of consciousness and the old quote from the Hopi ' We Are The People We are Waiting For'.

Until we all find ourselves and realise we are waiting for our real selves to appear, when all we have to do is allow gaps in our inner dialogue and be still and rest in peace. You will not be a vegetable if you are not sleeping, day dreaming or thinking, you will be you.
Be You and Be Well.  Geoff
Posted by GEOFF FREED ONLINE at 09:36