Hello and a warm welcome.  Make up your mind time with the Russian Prime Minister.

Russian Prime Minister and ET. 2 mins.
Men in Black a Russian Documentary NOT TO BE CONFUSED BY THE HOLLYWOOD TITLE.
THIS IS A DOCUMENTARY NOT A FILM. 48 mins.
Russia Orders Obama: TELL THE WORLD ABOUT ALIENS, Or We Will
http://www.disclose.tv/news/Russia_Orders_Obama_TELL_THE_WORLD_ABOUT_ALIENS_Or_We_Will/114053
Time traveller who spent two years in the future.  This is also related to the Philadelphia experiment.
I wrote about this a lot in in energygrid and my involvement some years later.
A HUGE GROUP OF RAYS. 3mins
5 Years of NASA's SDO wow. 5 mins
POSSIBLE UFO CRASH IN CANADA. 2mins.
AS ABOVE. 10 mins
http://www.disclose.tv/action/viewvideo/197954/ALERT_MAJOR_UFO_CRASH_IN_CANADA_MILITARY_DENIES_ALIEN_COVERUP/ 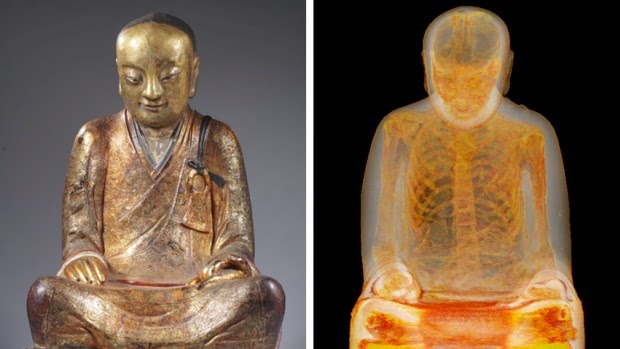 Super soldiers.  Genetic enhancement. 12 mins
I have been on about transhumanism and other related subjects in POSTS 135 A, 136 A, 139, 148, 161.  Also I likened the films the three Bourne ones and especially The Bourne Legacy, of course The Borg in Star Trek and so on. However a real super soldier is interviewed in Camelot Interviews.
Duncan O'Finioan. 74 mins
In back Posts I have also outlined how mind control works and testimonies by many of the breaking of the mind by abuse. Post 199 scroll down to Hilary Clinton. (GOOGLE BLOG JUST INFORMED ALL OF US THAT ANYTHING SEXUALLY EXPLICIT MATERIAL WOULD NOT BE ALLOWED IN THE BLOG).  Interesting if they remove the You Tube as above of Hilary Clinton and what next do the NSA / GCHQ and all the rats that creep and snoop, eavesdrop with their little grubby fingers and sweaty palms gloating over their whimpish mini power over free expression, and kissing the smelly backsides of their political masters, shame on you Google with your lavish offices and giving the air or impression of liberty, democracy and free will.  WHO ARE YOU TO STAND JUDGE AND EXECUTIONER.
So we see the black ops given to us in Hollywood Films, ET as well and remember Ben Reich and his words in POST 140 AND ALL THAT HAS GONE ON AND MORE ADVANCED.  IS ROBOCOP  on the way?
ROBOCOP  Trailer. 2 mins
Here I must state my theory. I feel the Earth Being and ourselves, in fact the whole independent dependant interrelated whole share a one Life.  Life is the Interdependent Dependant Interrelationship, the ultimate hologram, the Source, the creator- y principle, which works in evolutionary spirals, onwards and upwards so to speak.
Mankind wants a technological semi organic robotic, or complete robotic existence, or the case of Ray Kurzwell (see Post 136 A) a figment in a hard disk called humanity. 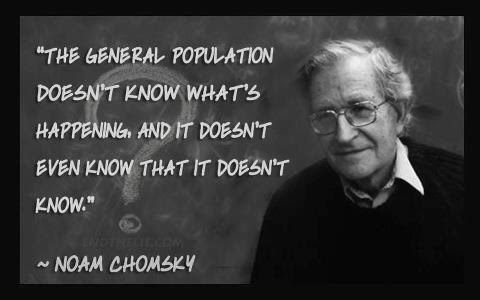 Courtesy curezone.org
I prefer to let the next evolutionary spiral from and in The Universe and Its Creator-y force redesign us.  I believe this is only one of the 'many worlds and dimensions' available and the choice can be ours. I have stated elsewhere at the Quantum  'interface and field' there are many probabilities and possibilities', the choice for the sheeple's will be the media hyped up brain washed fabricated false flag digital lies and deception, stupefying electronic tagging and brain bombardment and one world elite illuminati controlled system.  Those that break free of the mind blasting crippling zombie maybe eliminated or maybe imprisoned or cast out into the wilderness, however they find that they may come to an alternate Universe / dimension where they will grow to be part of the Universe's evolutionary design.  I have given my version of this in www.energygrid.com menu Destiny January 2013 parts 1-4. 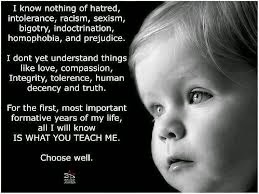 Courtesy grampsagainstcramps .com
The confrontation is now between Some Parts of Humanity and the Universal Intelligence.  Who will be a zombie sheeple or a free agent? To rob sheeple's of their brain (I admit I am part sheeple) and let the ram run the show, become a free mind, linked by heart feeling and compassion to other free minds, in the end finding we are a one mind, one awareness temporary living in a fleshly vehicle called human being.  Not an artificiality groomed dominating brain washed, imprisoned mind living in a human form and resembling a human being and that is all.

Courtesy truedemocracy.net
Well I take the quiz above from the image. I am sheeple about credit cards, although I do try to limit the use.  I remember part of a poem by Hari Prasad Shastri 'if made a king I am not elated if made a beggar I am not deflated, I am neither Jew, Buddhist, Hindu, Christian, agnostic, atheist, Muslim, or any other religion or cult, for my way is different to theirs-----(my words I am an awareness, I am That---- this I feel and will be when the last sheeple dissolves).
I am often asked 'well what if you live in this inner peace do you not become detached, a remote a mind sheeple?'
Well I can only say that from my glimpses and longer immersions it does not seem to act as soporific lazy dream of a hazy inner peace. It is dynamic, there is energy and very little thought, just enough to run one's life.  Thought becomes spontaneous and not a constant drone or distracted by external stimuli. One feels content, and in that frame of mind , thought is not a necessity. One tends towards simplicity, ordinary-ness, and other than that see or experience for yourself.  One's distractions and wants become less, simplicity, and not duly disastrous if a blip occurs, there seems to be a return to 'centre' without force, in other words the turn around seems quicker.
Far from being a vegetable, there is an alertness, a zest for life without the need to express it in any particular way.  One feels connected to the whole and understands deeply what one is about and the reason for living. For me in those interludes I found my reason for living was to find this consciousness and remove the blocks to it.  I lived simply because of Life, and Life is the expression of the energy that flows from the inside out, it flows from the fount of the inner peace and calm, like a fountain and is the waters of Life.  Life unites with Itself and that is all. 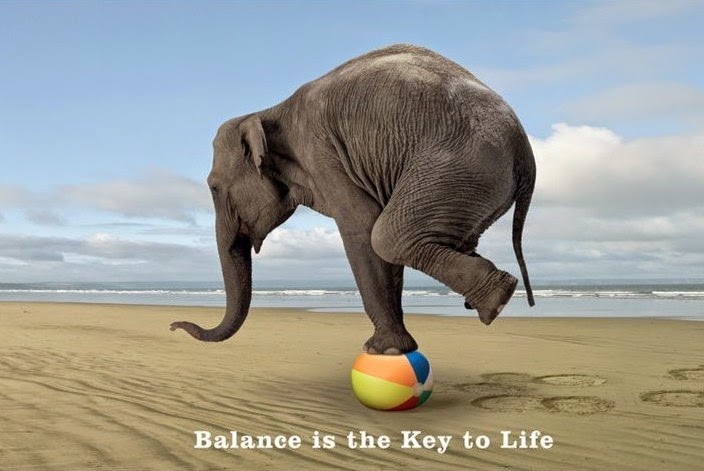 Courtesy m.rookiestew.com
What jolly fun, I 'd love to do that, I can do some balances and sing at the same time. Whoopee. 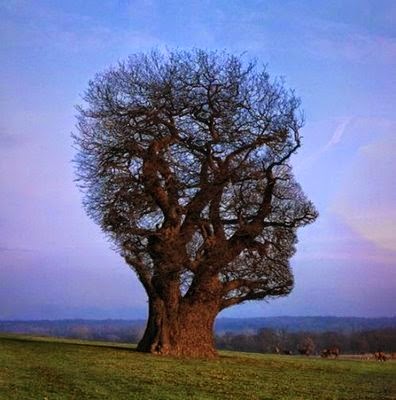 Courtesy ephrem.skynetblogs.be
Sometimes when I am very quiet and look at the trees and birds in the garden I feel as if I were one with them.  We share this quiet space, and when the trees sway, I feel the movement of a gentle flutter of energy within my being, and the birdsong, brings a joy in me, sometimes when I am walking in the street and above the noise of people and traffic something draws my attention to an animal, a bird, a plant in a hole----it is usually when I am thoughtless and in tune with Life as it were. Then, hey there is my bus, of course I need fruit and veggies and so forth, these moments are like nectar to my soul, my being, because they came to my awareness without contrivance or premeditated connivance.

THIS MAY WELL SHOCK YOU.  IRAQ AND IRAN SHOOT DOWN BRITISH PLANE CARRY ING ARMS TO ISIL. I WONDER IF GOOGLE BLOG TAKE THIS DOWN OR YOU TUBE. 11 mins
http://www.veteranstoday.com/2015/02/24/iraqi-army-downs-2-uk-planes-carrying-weapons-for-isil/

Dr O'Leary Astronaut and ET. 1 min
As above but long interview with Camelot.  PH.D in Astronomy.
A fantastic career.
Richard Dolan and Close encounters of the Human Kind.
A former colleague Dr Joseph Bailey, Timothy Good and myself have encounters as above by similar Scandinavian type beings.
MAY YOUR LIFE BE AS WONDERFUL AS IT POSSIBLY CAN BE.
Geoff

Posted by GEOFF FREED ONLINE at 03:57