Well Folks more false flags from the 1940's.  From time gone by even to the early ages we find stories like this.  Did Jesus die and or go to Srinigar?
http://www.tombofjesus.com/index.php/en/ 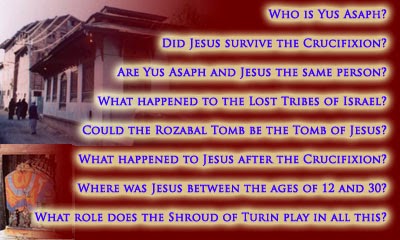 Courtesy of article above.
http://www.disclose.tv/news/FBI_Hitler_Didnt_Die_Fled_To_Argentina__Stunning_Admission/114323

Before I get letters, emails and attacks I am in no way comparing Hitler to Jesus, I happen to love the New Testament and the sayings of Jesus as of Buddha, Sufi masters, The Holy Koran, the Sutra's and Upanishads.  I am merely pointing out the mysteries.  I have seen this tombstone in Srinigar. Whether it is really true or not like most false flags, conspiracies, like 9 / 11, 7 /9, Dr Kelly, Princess Diane, no matter what evidence is put forward there will always be for's and against. Make up your mind time folks.  I merely report and leave it up to you. When I do have an opinion I share it. 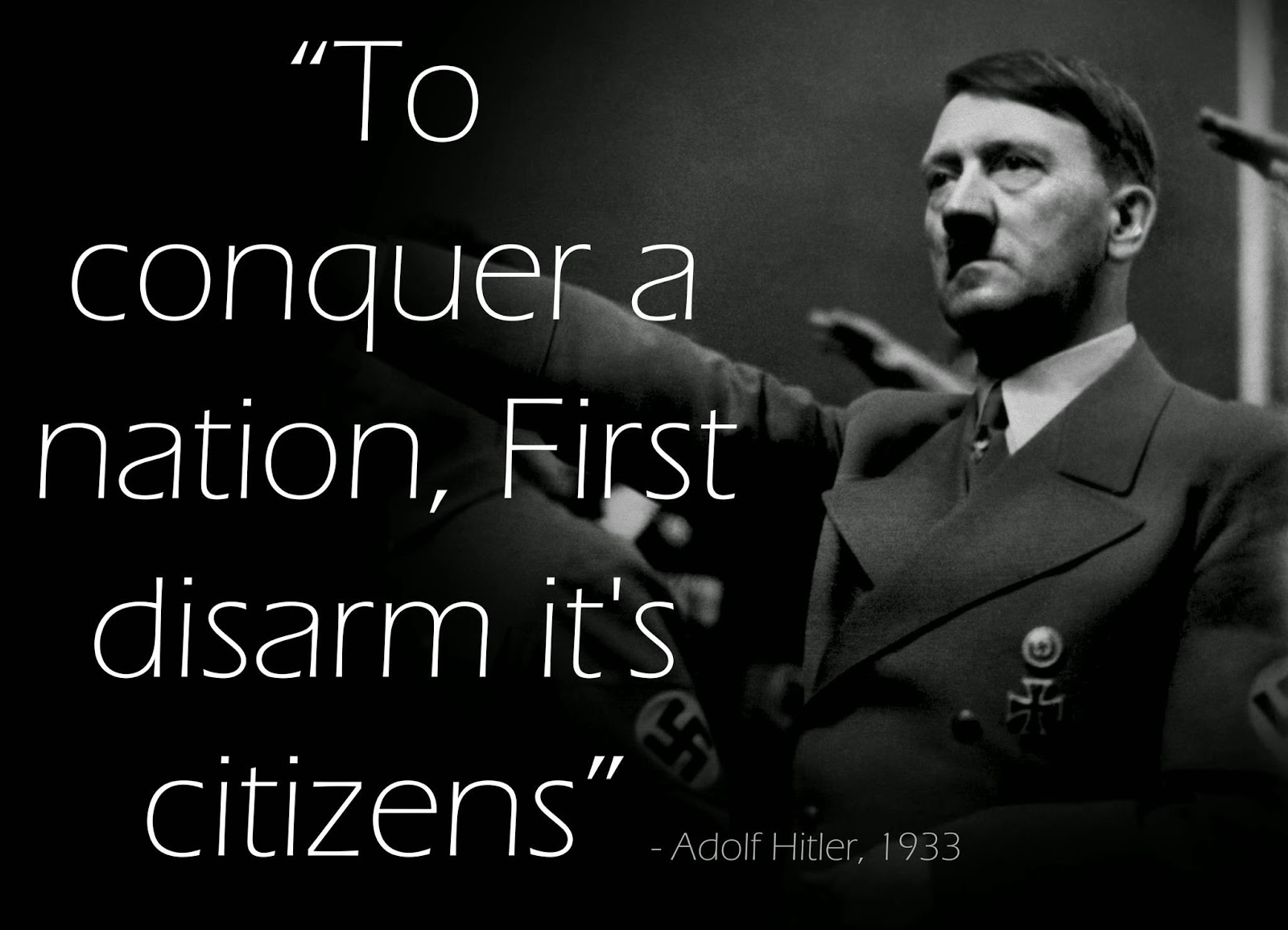 Courtesy wafflesatnoon.com
SEEMS TO ME IV'E HEARD THIS RECENTLY IN THE NEWS---THE MIDDLE EAST.
I'll go a bit further, disarm the citizens, make them slaves, but arm yourself first.  Take away their rights by pretending to be their saviour and conquer them with propaganda, austerity measures, and if they still resist, annihilate them.  The same old war conqueror's from Genghis Kahn, way back from him to other's the Romans, the British, you see history repeats itself and the past becomes the present and the future UNLESS WE DEEPLY AND SINCERELY,FUNDAMENTALLY, RADICALLY CHANGE FROM HEAD TO HEART, FROM OUTRIGHT YANG TO MODEST YIN. FROM SLAUGHTER TO SAVIOUR, FROM POWER AND LUST TO SHARING AND CARING. CAN WE DO IT?

To me I love holy scriptures and their wisdom, and to live by the wisdom and not the person who spoke it is in my view safe.  I say this because if you live by the love in the wisdom, you live by heart, not dogma, one has mercy, forgiveness. Those who seek power and domination have no compassion, they feel it is weakness, that wrathfulness, being ruthless, hard is male, manly, truly a warrior whether male or female. It is in psychotherapeutic terms a sign of addiction, obsession, psychopathic abnormality, maniacal power addiction and a sign of low self esteem and inferiority disguising itself and endeavouring to make up for the loss, impotency and the feeling of being a nobody.
When we look at certain world leaders and the so called heads of the elite perhaps this fits their description adequately.
One thing that puzzles me, and perhaps I being too simplistic. 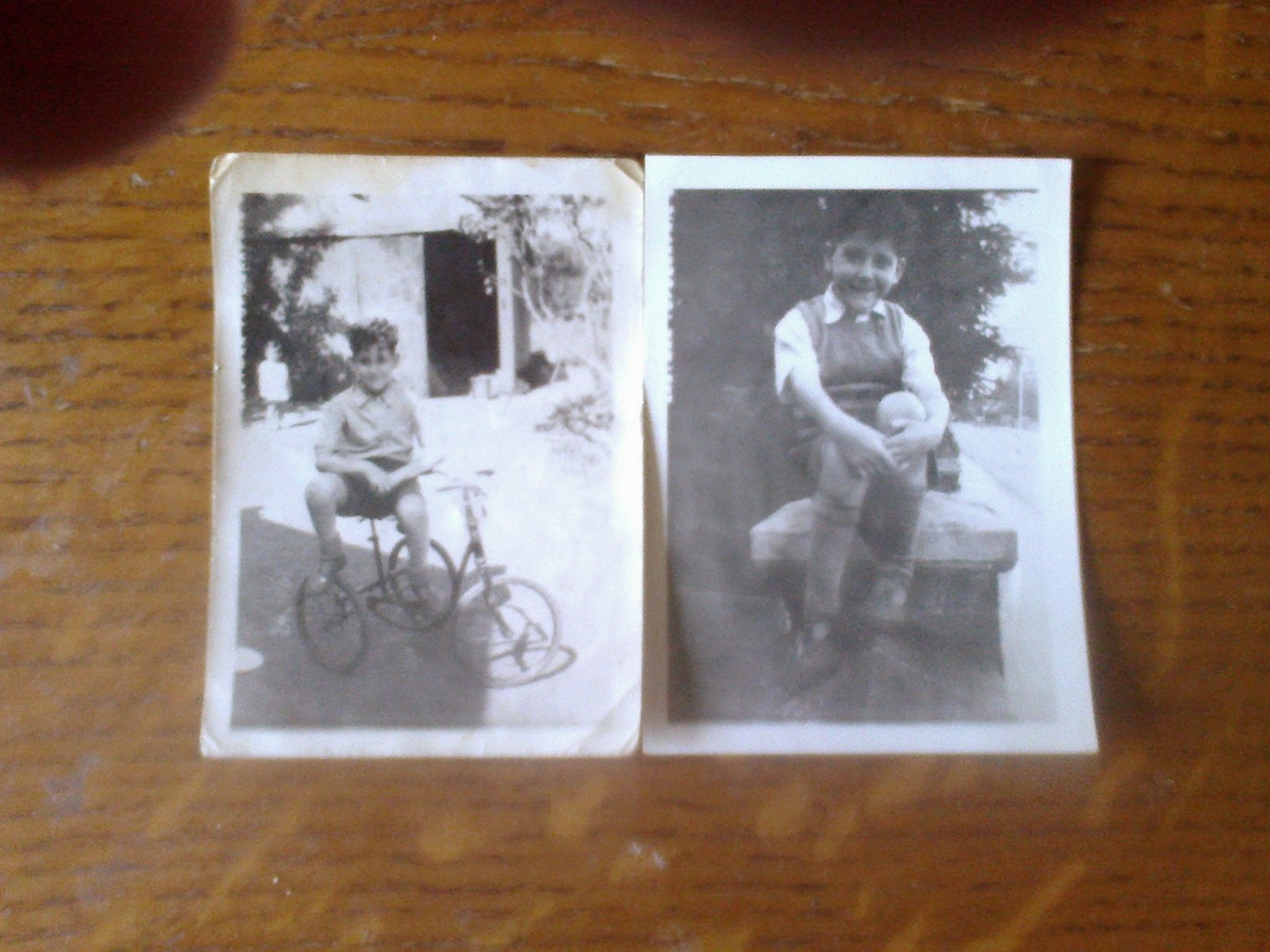 Me as a six year old.

This was taken when I was about five and a half years of age, about 18 months after my NDE. I was telepathic until the age of 9.  I used to say to my parents 'why is it adults say one thing and think another' I remember the double twists in people. I could not understand why there was a war was 1943 / 44 when this was taken, I felt there was one God(I had a good feel for God---more like a presence) felt there was only one way of Life, which was simple, care, love, friendship. I played with all children of mainly Christian denominations and this was in High Wycombe, Bucks.  I still cannot get my head around why we fight, why we are so barbaric, why so many of us, including me are so selfish, so crazy and so on. I puzzle on this, I know about brain washing, being so confined by religion, politics, power lusts and this I witnessed in Forensics and in my psychotherapy practice, with over 3000 clients, 637 workshops and umpteen lectures, and it still puzzles me and I still feel the clawing of the this manic world and its seduction, no matter how much meditation and so called spiritual practices I do.  This is my work on myself. To clear the crazy notions and be a clear channel for love, tolerance, understanding and world peace. Perhaps I am naive and a bit too simple in approach, however I cannot live with myself although tormented at times unless there is inner peace in my psyche and harmony in my surroundings. I realise Life is a series of ups and downs and it is riding the troughs as well as the crests that maybe the key.

Is this your world 8 mins. Compliments the above.
MORE ON JACKHEAD UFO CRASH. 10 mins.
Look at comments below video.
BIGFOOT---------10 MINS.
This one debunks the above one. 7 mins.
Girl levitating in Russian Forest. 2 mins. Make up your mind time.
More of the above.  Why does he speak English in Russia and I like the dog's name-- Tarzan?
I would love to feel this was real. We need a bit of magic in our world right now. 3 mins
Some strange things are happening to Astronauts returning to the Earth. 20 mins.

Some of the awe that is spoken above comes to many and can be profoundly shifting, a kind of mental psyche eruption, some can completely shift the mind into a permanent meditative inner peace.
When the atom was split, the then quantum stuff, for me it shocked me that what I perceived as solid was not so solid, my finger under a deep scanning microscope appeared as blobs floating about, my NDE  in 1942 still shakes me to another reality and a life saver when the world seems too heavy. The first glimpse of the Earth as above that I drew as a child after my NDE.  It all questioned where I came from who I am and led me to a world that works for everyone everywhere if we allow it to be, and get our personal selfish agenda's out of the way. 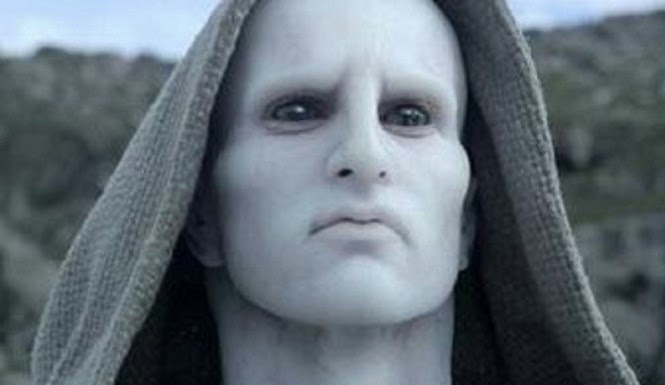 A tall white.
http://www.inquisitr.com/1870045/israel-is-preparing-for-alien-invasion-are-the-tall-white-aliens-coming/ . Not so far fetched, just watch the news and see.
AN OLD DOCUMENTARY.  OVERLORDS OF THE UFO(apparently banned in 1976 very good and 93 mins.  Really good stuff here, better than some more modern efforts.  Lots of facts and genuine photos.
Navy Proves flu shot is not effective.
Chemtrails-------most important.  7mins
Very important.  all over the world. 11 mins.
The excuses of atmospheric shields is rubbish.
CELL AND MOBILE PHONES. 10 mins
MOST, MOST, MOST IMPORTANT.

Blackout Area A pulse of radiation from the flare ionized the upper layers of Earth's atmosphere. This caused a blackout of radio transmissions at frequencies below 10 MHz. The effect was particularly strong above Australia and parts of the south Pacific:
NOAA forecasters estimate a 25% chance of more M-class flares on March 3rd, subsiding to 10% on March 4th as sunspot AR2290 rotates onto the farside of the sun. Ham radio operators and mariners may notice disturbances to HF communicatons during the next 24-48 hours
SOLAR FLARES AND RADIO BLACKOUTS: Departing sunspot AR2290 is crackling with M-class solar flares. The strongest so far, an M8-class explosion on March 3rd @ 01:35 UT, almost crossed the threshold into X-territory. NASA's Solar Dynamics Observatory recorded the extreme ultraviolet flash:(Courtesy spaceweather.com)
http://www.forbiddenknowledgetv.com/videos/criminal-mainstream-media/the-mainstream-media-is-dead.html
Title says it all.
wow or ? 2 mins
Something strange above the moon.  2 mins
http://www.inquisitr.com/1891103/nasa-blurred-out-image-of-ufo-detected-near-sun-ufo-may-have-destroyed-satellite-to-send-warning-blogger-claims.
There's more to 'eye' and senses and ET  and UFO will play a big part in our future in many ways and I am going into this in following Posts with an ominous warning in politics.
Take care and BE Well.  Geoff.
Posted by GEOFF FREED ONLINE at 12:18