Hello great welcomes and extended hugs.  I've always felt that telepathy or something like this existed.  I'm sure many of you have had these experiences. 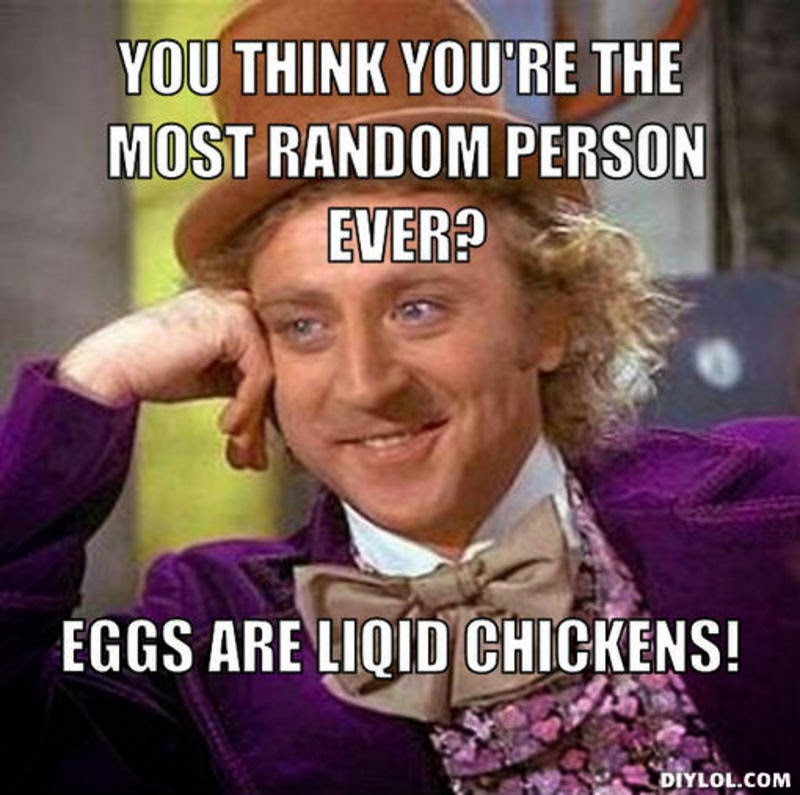 Courtesy beta.diylol.com (also my comments in many posts of chaos / dissipative structures / tip over points, /my inverted V--- an egg has to come to exchange its form with the environment go into chaos, break down to break through. Chaos a very important unit / part of organisation). Perhaps world chaos ifit exchanges coherently as in Nature, as above, egg to chicken, caterpillar to butterfly, foetus to baby----however war, rape, abuse and so forth to ????? Chaos but!!!!!
Two UFO' witnessed and filmed by many,  10 mins
http://www.forbiddenknowledgetv.com/videos/patriot-act--ndaa/new-nsa-chief-declines-commenton-spyware-reports.html
The Hidden History of the Human Race. 52 mins.
MOST IMPORTANT.  ALSO READ MY LATE FRIEND LlOYD PYE'S  book' All yo Know is Wrong' Founder of the StarChild Project.
Now this raises some points.  Consider the miserable sheep bleats of climatologists and the above.  I have given in energygrid some of the points of pole shifts, such as North Pole Magnetic Drift Eastwards, the correlation between Solar cycles and CME's and the magnetosphere, the Schumann Resonance and so much more. Then consider the letter to NASA from 49 mixtures of astronauts, engineers, scientists of NASA  employees:-
Post 202 Scroll down for details 49 Scientists and Astronauts dispute Climate Change.  Then listen and look at the evidence in the Video above.   THEN SEE the admission of the video of Giants, Vimana's and the like. I still feel that at some point beyond 70,000 years back our DNA was 'Tampered with' either by ET visitors as I have explained way back or from Cosmic energies which are now and  then implanting new evolutionary 'ideas' into the DNA as explained way back in numerous Posts and Blogs, i.e., through the interface of the auric fine layers and found in the brain and tissues of organs fine capillary like interface and frequency crystalline substances.  Also see the Sanskrit works of THE SAMARA SUTRADHARA.  A quote from the many pages:-

Soaring Through Ancient Skies
The writing of ancient India are perhaps the richest in tales of aviation. The Mahabharata, an epic tells of an "aerial chariot", with the sides of iron and clad with wings,"
The Hindu Samara Sutradhara, a 11th century AD collection of texts dating back to antiquity holds a wealth of information on flight, treating many aspects of aircraft design and even advising on the proper clothing and diet for pilots.
"The aircraft which can go by its own force like a bird is called a Vimana," runs one passage. "The body must be strong and durable and built of light wood, shaped like a bird in flight with wings outstretched. Within it must be placed the mercury engine, with its heating apparatus made of iron underneath."
The text goes on to describe "the energy latent in mercury" at some length; unfortunately, though, it offers little information on how that energy was utilized.
The Ramayana, the great Indian epic describes a double decked circular aircraft with portholes and a dome – a configuration reminiscent of 20 th century flying saucer reports. Fueled by a strange yellowish white liquid, the craft was said to travel at the "speed of wind" attain heights that made the ocean look like "a small pool of water" and stop and hover motionless in the sky. 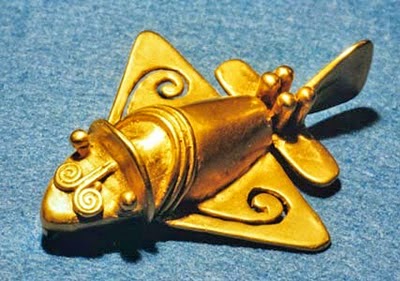 Courtesy  springme. VIMANA.
http://www.bibliotecapleyades.net/vimanas/esp_vimanas_4.htm
https://books.google.co.uk/books?id=vVLZZkTcAV8C&pg=PA165&lpg=PA165&dq=mUKUL+sHARMA+fLIGHT+pATH&source=bl&ots=WWVXrPba8  A plethora of Vimana,  and all sorts of craft and technology from ancient times. Truly Amazing.  This can tie together Sitchin and the Twelfth Planet, Adamski, Von Daniken (Chariot of the Gods) Blumrich, and many others.  My UFO STORY included.


A great read is Timothy Good in his new book 'Earth an Alien Enterprise'   (Thistle Publishing) ISBN 9781910198407.
Normally I do not advertise, however I have met Timothy a few times, read his works, and although we have different slants on the subject I find his books are practical, full of documentation and honestly reported.
Richard Dolan and Dr Stephen Greer are in the same sort of category.  I realise that many readers find this either repetitive, not real and grounded.  However I was given the '1967' writings and this is my brief and ET and UFO are the main stay as one will see in the years to follow.  You may say that UFO and ET are certainly in some instances non local as in title.
Until we fly together.  Be Well Geoff.
ADDENDUM 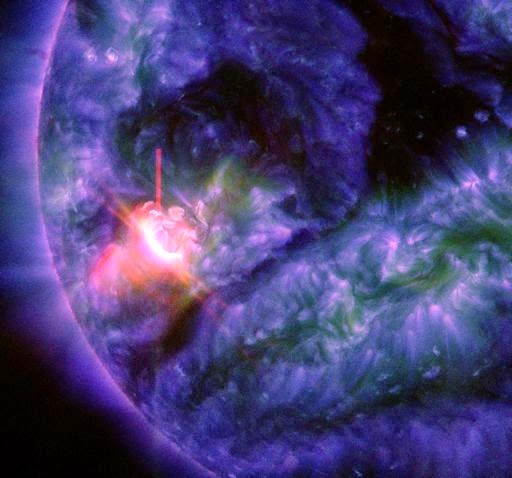 THE ERUPTIONS CONTINUE: For the 4th day in a row, sunspot AR2297 is crackling with solar flares. The latest, an M5-class eruption on March 9th at 23:53 UT, produced a low-frequency radio blackout over the South Pacific: map. NASA's Solar Dynamics Observatory caught the explosion's extreme UV flash: 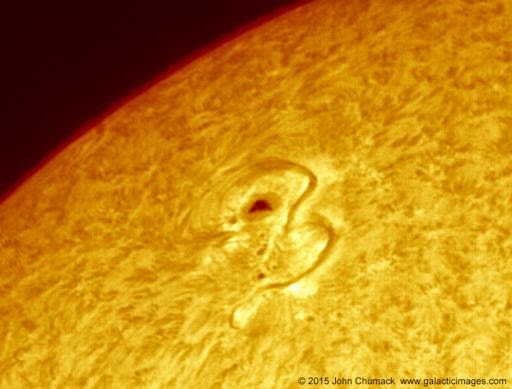 Radio bursts, which reached Earth shortly after the flare, suggest that a CME is emerging from the blast site traveling faster than 960 km/s (2.1 million mph). Confirmation awaits coronagraph imagery from the SOHO and STEREO spacecraft.
What is the source of all this activity? According to amateur astronomer John Chumack, "it's a great big Sea Turtle." Using a backyard solar telescope in Dayton, Ohio, he took this picture of the turtle's head on March 9th:(Courtesy spaceweather.com.)  PLEASE BEAR IN MIND THE FOLLOWING LINKS:-
http://www.energygrid.com/destiny/geoff-freed/2010/10.html
http://www.glcoherence.org/monitoring-system/commentaries.html (Long but extremely important)

This is Nassim Haramein a brilliant  Physicist.  This is yes 8 HOURS LONG HOWEVER THE VITAL INFORMATION IS  roughly 5 hrs. 30 mins in and you can trawl through to it.  I have watched this several times in the past and it vindicates my theory in the 1967 writings of the increased energies and the transmutation or ascension. Remember please I was sharing this in 1969 onwards after I had the courage to start to do certain workshops on the 1967  downloads.

notice the dates when I was doing these and 61 other subjects and this was after 26 years of pioneering before people would even listen without booing, aggression and many who felt it was right on.  Nassim also mentions the duplicity of NASA ----my experience as well---having worked with a group of 489 others as associate to NASA---this was retired scientists engineers doctors and so called amateur persons as good as if not better than some of the qualified personnel and we skyped, emailed and had a spokesperson an astronaut and a astrobiologist who put the views of the consortium to them at a high level---these people could go beyond ' the box' of orthodoxy and academia 'norm' and so would be useful.  Like  they say in 'mission Impossible' should the wheel fall off so to speak, we will deny all knowledge of your existence and you are on your own.
May I kindly draw your attention to 25, 32, 36, 37, 41   THESE WERE TITLES IN THOSE DAYS WHICH DREW IN THE MANY TO THE WORKSHOPS. 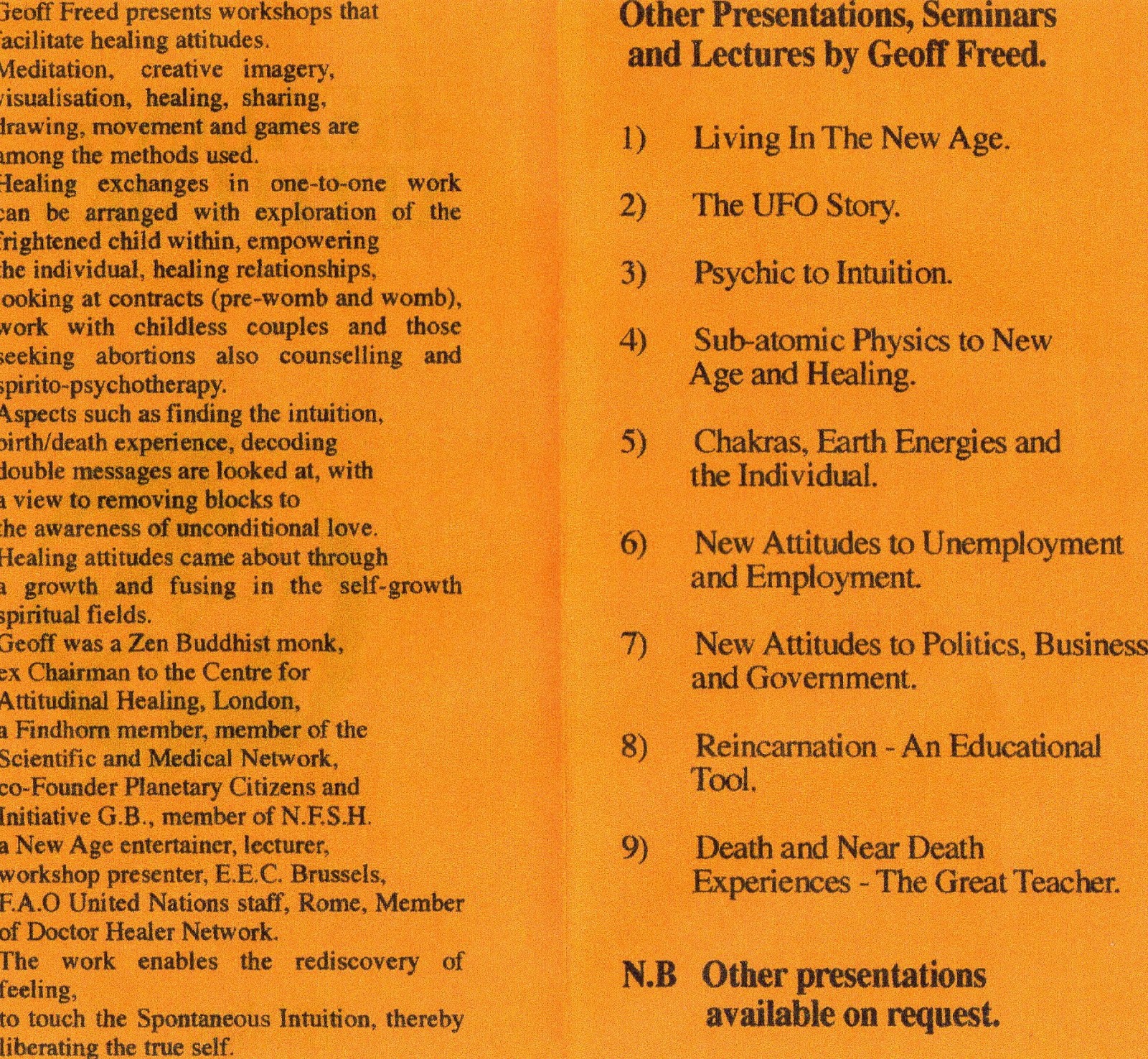 THE UFO STORY AS ABOVE IS IN SYNOPSIS FORM IN :-
http://www.energygrid.com/destiny/geoff-freed/2005/05.html
THE EDITOR OF of www,energygrid.com took part in one of the above workshops at least 15 to 20 years back from 2005 say 1985 or perhaps 1997.  I presented the very early ones with my late partner Gilly Wells, this we combined on our tours around the UK at weekends to spread the word we also ran a magazine called Universal Approach, it ceased in 1978. 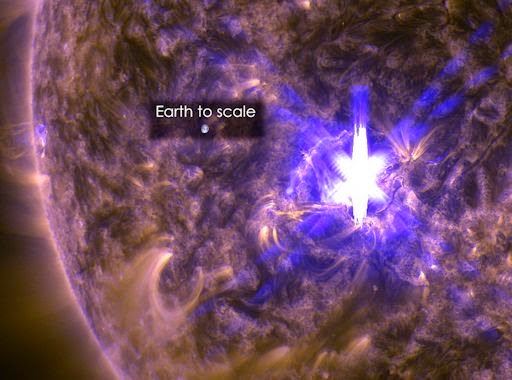 .X2-FLARE AND RADIO BLACKOUT: All week long, sunspot AR2297 has been crackling with solar flares. Yesterday it produced a really big one. On March 11th at 16:22 UT (09:22 PDT), Earth orbiting-satellites detected an X2-class flare. The blast zone was larger than Earth tself:

The X-flare scrambled the ionosphere thoroughly so that no decametric radio signals were supported in my part of the world," says Ashcraft. "The ionosphere started to reform after about fifteen minutes when stations began to reappear. (The stuff visible during the blackout was my own observatory electricity. Nothing exterior.)"

The X-flare scrambled the ionosphere thoroughly so that no decametric radio signals were supported in my part of the world," says Ashcraft. "The ionosphere started to reform after about fifteen minutes when stations began to reappear. (The stuff visible during the blackout was my own observatory electricity. Nothing exterior.)"
A coronal mass ejection (CME) was propelled into space by the explosion. However, we do not yet know if it will hit Earth. A glancing blow is possible on March 13th or 14th. Confirmation awaits the belated arrival of coronagraph data from SOHO. Stay tuned. (Courtesy for words and images from spaceweather.com  HOWEVER THE BIOLOGICAL INFORMATION IS FROM MYSELF AND SPACEWEATHER MAY OR NOT AGREE WITH MY VIEW. PLEASE LOOK AT THE NASSIM HARAMEIN COMMENTS IN THE VIDEO ABOVE, THEY ARE VERY RELEVANT TODAY, IF NOT MORE SO, AND MY LINKS VERY IMPORTANT------THE SUNS POWER PLUS THE UPGRADE ENERGIES CAN STIR UP ALL SORTS OF THINGS----WARS, ACCIDENTS ---RAGE AND ANGER----FREAK WEATHER AND SO ON) 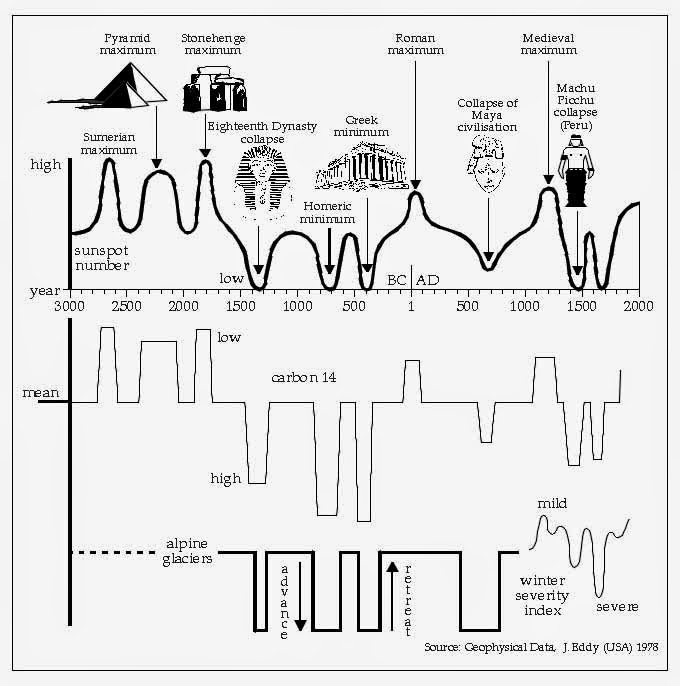 very important and is occurring today -------also why so much more UFO and ET around.  See more in Nassim Haramein's video on UFO.

Another view of the cyclic nature of civilisations, birth rates, and climate change. Carbon emissions are a very small part of the picture. Much of the change now is chemtrails, GMO stuff, the cycles are mainly ignored.  Climate change deliberately augmented is due to  warmongering, weaponry and downright greed and selfishness by a cartel of rich sordid sick individuals and their minions, who are paying terrorists to be terrorists.
Be Cool, Be Well.  Geoff
Posted by GEOFF FREED ONLINE at 05:08