Hello Folks.  Alexandra Bruce who runs Forbidden Knowledge does a  great service to humanity.  In fact a lot of information from her site I source for ideas and presentation.  This is what Google 'so clean and pure. so Orwellian and Bilderbumberg' shame on you Google. You have the finest offices and make out your so benevolent and yet you are a wolf in sheep's clothing. Shame on you.
http://www.glassdoor.com/Photos/Google-Office-Photos-E9079.htm 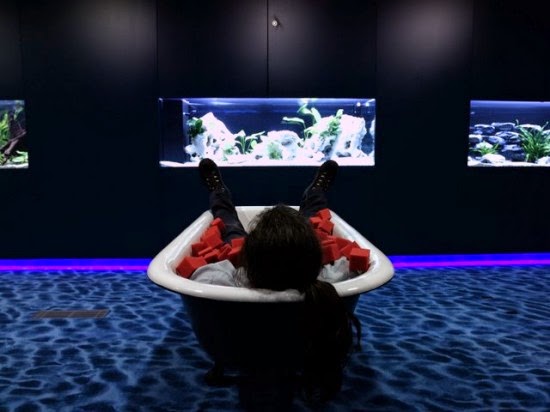 Google's relaxation therapy for staff, whilst screwing up the rest of us. Dirty and unprofessional.


Emergency: Please Donate to ForbiddenKnowledgeTV!
Due to recent Orwellian developments on the Internet, released publicly about programs that skew pageviews on websites, that have been ongoing for some time, this site, which used to be highly profitable has gradually been earning less and less. Currently, it can now barely sustain itself from ad income, based on search engine results and newsletter traffic, despite the site's subscribership being at an all-time high. This would make no sense, if there were no hanky-panky going on.
For nearly 5 years, we have striven to keep this service free for all - but must now ask for voluntary donations from the viewers who enjoy this site.
The imminent deployment of Google's Knowledge Vault will gravely impact all Alternative News sites, including FKTV. The Knowledge Vault's Artificial Intelligence analyzes data on a webpage. The further that this data deviates from State Propaganda, the lower the search engine results of that page.
Google search rankings will no longer be based on popularity but on an Orwellian, Artificial Intelligence-based "truthiness."
The content on FKTV often deviates substantially from "truthiness."
Please click on the donation button below, which offers many different payment options and donate an amount that you feel comfortable with, whenever you can. You do not need to have a PayPal account to donate, via this button.
If you do not have a PayPal account, look toward the bottom left of the page that opens up, after you click on the button below, to follow those options:
We will also accept checks, sent to:
ForbiddenKnowledgeTV
P.O. Box 754
Vero Beach, FL 32961
USA
We also accept bank transfers made out to:
ForbiddenKnowledgeTV
Acct. #: 063100277 898036488028
I don't usually advertise but I have to honour what I feel is justice and honesty.  This is my view. I am grateful to Google for many things, but the above is reprehensible.
Real or Fake? 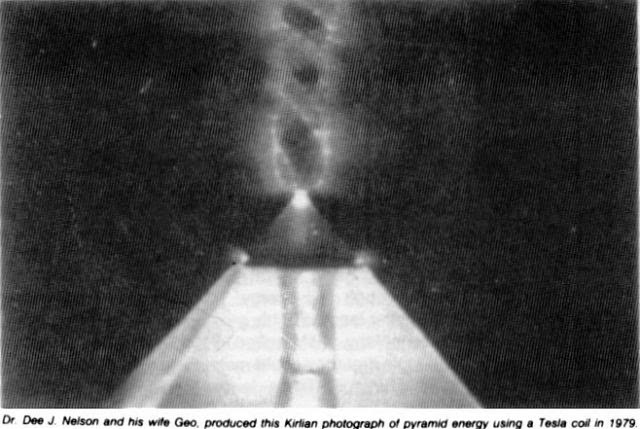 Make up you Mind Time.?
Real Alien Contact 5 mins mins
ST. PATRICK'S DAY GEOMAGNETIC STORM, CONTINUED: Earth's magnetic field is still reverberating from a CME strike on March 17th that sparked the strongest geomagnetic storm of the current solar cycle. At its peak on St. Patrick's Day--make that St. Patrick's Night--the G4-class storm pushed Northern Lights across the Canadian border into more than a dozen US states including New York, Washington, Iowa, Minnesota, Michigan, Oregon, Massachusetts and even Kansas. The auroras have since retreated north, but they are still glowing, as shown in this March 18th photo from Marketa Murray of Fairbanks, Alaska: Courtesy spaceweather.com
Geomagnetic storms do more than just produce auroras. Amateur radio operators noticed strong disruptions to long-distance communications. David Hassall (WA5DJJ)  of Las Cruces, New Mexico, sends this report: "Shortly after the CME hit on March 17th, we experienced strong disruptions on the 30 meter (10 MHz) band. [Pictured below] is a screenshot of 200 mW transmissions on the path between Las Cruces, New Mexico and Northland, New Zealand as received by ZL2IK." 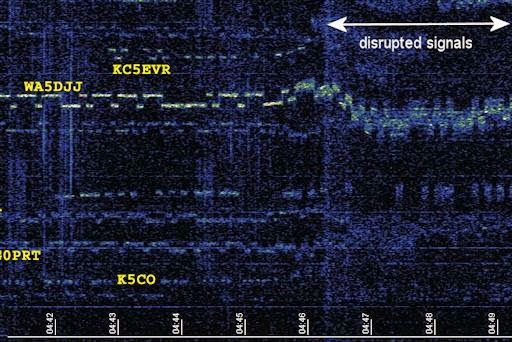 Courtesy spaceweather.com
"The signal disruption happened on this radio path at 04:46 UTC (about 15 minutes after the CME arrived) and shifted the frequency of mine and other signals which were traversing that path. We are always studying the effects of solar events on our tiny signals and from this screenshot you see that they can be quite dynamic. Signals from England on this screenshot were affected differently than the ones from the USA." Space weather .com
I am not pointing at anyone we all have our aspects and specialised interests and the above and NASA have their merits and are allowing.
However, the biology is my 'thing' and once again draw your attention to:-
http://www.glcoherence.org/monitoring-system/commentaries.html?mtcCampaign=9228&mtcEmail=13526879
and
http://www.energygrid.com/destiny/geoff-freed/2010/10.html
This could explain why many of us feel fatigued, listless and so on, with chemtrails, additives and preservatives, electronic fog, crazy TV and Video flashing images and monster horror violent films, with wars galore, corruption, austerity measures, women and children abused in every form, its a great tribute if and when many of us survive this with any semblance of sanity, morality and compassion.  Maybe its a backhanded compliment to sort out the survival of the fittest----NOT by egoistic power and lust, power mad psychopaths and misfits who feel they can tread and cull on the world populace.  Nay, those that softly but compassionately come through and become role models of the Natural Kind a true sense and power of humility, caring, sharing open and smiling beings. 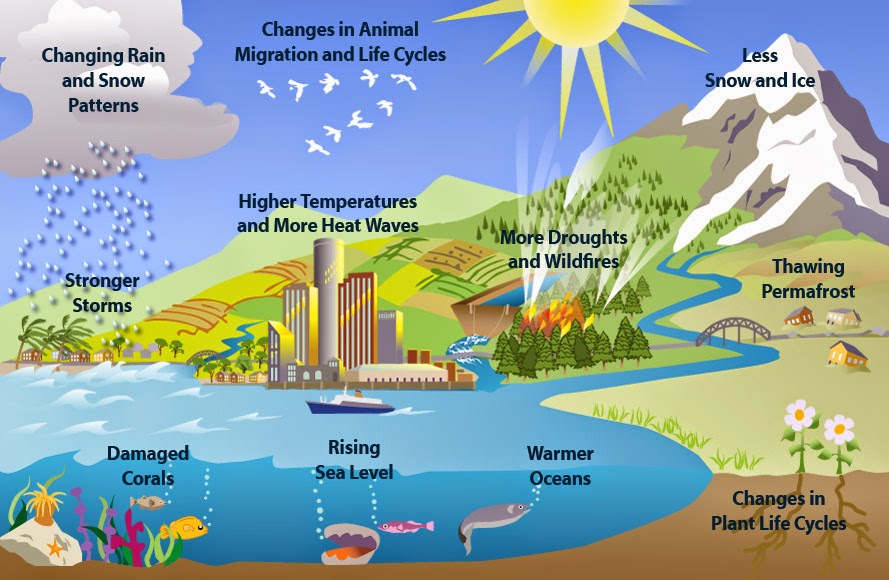 Courtesy www.epa.gov. Yes true but who is the real culprit?
By the way climate change can be artificial or a natural cycle, research will show you and I have in energygrid and other authors in the grid along with the many Posts in this site offered evidence of the false carbon footprint 'inconvenient truth'. It is known we contribute 5% at the most to this cycle, however chemtrails are one of the factors exacerbating and enhancing this natural warming cycle, take HAARP, wars, and stripping the forests and green land and you have a cocktail of confusion and no clear computerised set up can sort this out, meanwhile grubby mucky fat hands are grabbing the bucks that the starving populace need. Yes we may get food but it is cardboard as we have seen from the fillings in previous blogs and Posts.

4 mins of laughter from me.  I choked while having a cup of lemon tea at this affront. The dead pan face must be rehearsed and unreal.
NYPD CAUGHT IN THE ACT 3 mins

Forbush Effect, sometimes when a CME ejects it can by its 'wind' effect brush away some of the Cosmic Rays which would collide with our magnetosphere.  So as you can see from the Neutron Monitor, many of us who are sensitive to these storms may have less of the effect as the dip or decease indicates.
However, the Resonance waves can still effect those who are sensitive. I for one felt it and am feeling the eclipse of the moon on Saturday 4th.March 2015 at the Full Moon in the Northern Hemisphere, I pick up these changes two or three before of after these events.  I have been tested in a laboratory, and yes some maybe psychological, but the greater reading in my anatomy certainly showed stress as it would for electronic fog. I mention the above as reader emailed me and came to the same conclusions and she is a top theoretical physicist working on the same lines as myself and now are Skype-ing and so on, she gets a lot of 'stick' from her colleagues, however she uses the equipment in the lab and has designed her own and the tests come out as some of the other readers and myself experienced at the binary connections in the January 2013 energygrid and the recent eclipses and moon phases.

I've always been a fan of cockney rhyming slang so here goes:-

Beautiful Native American Flute. 1 hr.  I just love the sound and hope you do as well.
I am posting this the day after the New Moon in Aries.  Aries is supposed to be in some traditions the beginning of things. Well let's hope a new start will come about in ourselves and the world ethos.
Until next time.  Lots of Light and Blessings in your Lives.
Be Well.  Geoff
Posted by GEOFF FREED ONLINE at 03:09