Hello I came across a great source of knowledge and spirituality and have included his name and organisation under the name of Shunyamurti.  He is one of the Yogis that encompasses all aspects of Life and those of you who have so kindly followed my offering since 2005 until now will hopefully see similarities, the difference he walks his talk and I am stumbling the walk yet 'getting there' wherever there is, or perhaps I am kidding myself, who knows, I just keep on keeping on.  I would suggest you look up his website and read the few quotes from his book, this inspired to include this below from my journal into a blog Post. (entered in journal April 2006 and edited with images October 2015)


So much has gone by since the last entry; it seems like several life times or incarnations.  The nature of reality going under the auctioneers hammer. The mad conclusion and yet inherently sane the paradoxical content of a dual Maya infused Universe. There is no reality other than those or that concocted by the thoughts of the era, time, or construct. Having said that this leads me to the VORTEX of the Ages.
(Referred to journal entry November 2005)
I have written a lot in my blogs and posts about the Mayan Calendar, the Schumann Resonance, the Magnetic Pole Shifts, The Kali and Sat Yuga’s, wormholes /black holes / stargates, planetary numerology regarding binary and triple locks, electron vaults, binaural brain entrainment, climate change, auric and cellular,   and future bodies and so on.  However here I wish to expand on something.

I feel the Yuga’s are a collection of years, an amount of years in which the Cosmic plan through the auspices of Evolution are given the blueprint for an overall result, this plan then produces individual species that fit in the jigsaw of that overview, some have free will and can adjust the plan to their predilection although they may see the fruit of their endeavours, albeit their personal fulfilled agenda but paled by the grandeur of the Cosmic one.

The Yuga to in my view is a vortex springing forth like a ‘big bang’ and the ‘shock waves that follow are ‘super waves’ which carry the information about the plan.  Some suggest these occur every 700,000 years when the last magnetic pole reversal happened.  The diagrams below depict some other aspects:- 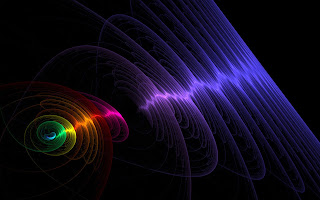 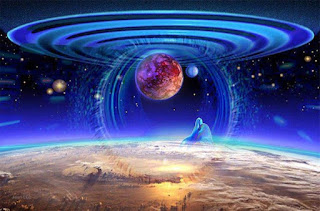 Courtesy 1ms.net   IMAGE 2
Some say the return of the Christ, The messiah and so forth, I feel it is the upturn in Consciousness of the population.  If one compares the time scales with other ancient texts there are similarities, the one common theme is Astronomy and Astrology and the rotation of the sun and solar system around the Milky Way Centre Black Hole.

However in this sequel I would like to comment on the meditative mind set as it goes through the Alpha to Theta ranges.  In the deepest of these in the Super Theta we may have the equivalent to the Samadhi states and as such attune to the super waves in the vortex.
As one attunes and sends out the intention and feels the waves and finds oneself, as the witness, it is essential to be ‘non egotised’ the antenna of the brain / mind / body as aerial to a TV / RADIO  etc/, is entrained into the vortex and one then assumes is presented and is present in an energy body concomitant and commensurate to that vibrational frequency, one becomes an occupant in that vortex community.
In fact when one attunes in this way one opens up a wormhole / black hole / stargate which indeed is in another dimension, all dimensions are within themselves, just differing frequencies, so they occupy the same space as it were and are part of the larger Cosmic Hologram of countless creative worlds, Universes and planets, life forms and wonders to behold.
The images below from 1- 5 illustrate some of these symbolic yet conscious mind oriented change using the human body as antenna in space time and inn itself a vortex of spinning molecules 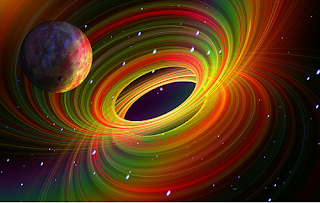 Courtesy www. hologramuniverse.  Image 3
Held together in a consciousness magnetic field by intent- ionised high energy intelligence as to its purpose in the evolutionary plan. 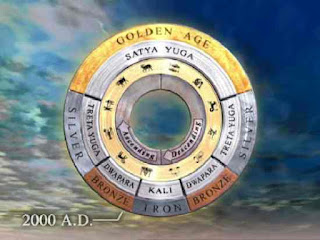 Courtesy grahamhancock Image 4
My feeling is that when the devastation as felt my Shunyamurti:-
http://goldenageofgaia.com/2011/01/22/shunyamurt-aliens-angels-apocalypsde-adaita-perspective/ 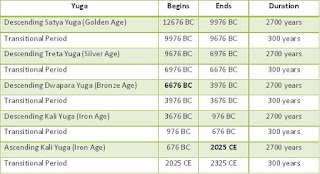 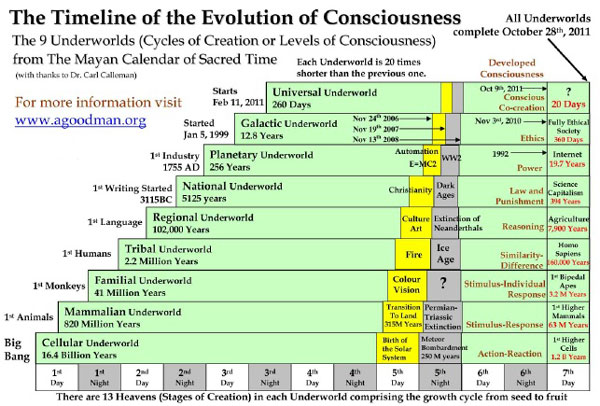 Courtesy sidereal view.wordpress.com Image 5
The main point of reiteration being seemingly I have reported several scenarios;- in the case of a wipe out of the planet some would survive the tectonic holocaust, some will perish and go to the next incarnation elsewhere as per their personal ego agendas, and some will have attuned to the ‘new paradigm’ and go to the next step in the evolutionary plan by conscious attunement to the next super wave vortex.
It is also my view that ET is in that next ‘vortex’ or even vortices and await similar or like ‘minded’ consciousness.  I have said elsewhere that the lights we may see of UFO shimmering are either their plasma field or appearing from out of the vortex / stargate / black hole seemingly like the images of ‘objects’ appearing out of the spinning vortices above. 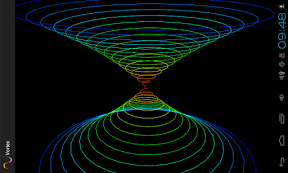 Courtesy www.search24news.com IMAGE 6
Our ‘state’ of consciousnesses maybe our key to survival, redemption or continued suffering.  It is said that when we reincarnate we have to continue until we extinguish all unfinished business or karma. I certainly would not like to end up somewhere with the elite bludgeoning us into a lifeless GM, Chemtrailed, mindless austerity poverty and slavery, full of fear.  I would rather end my agendas now and attune to the ‘empty dynamic potential’ and wonderful hand of the loving benign hand behind all the phenomena of the Universe, God Almighty known by many names. The alive and Intelligent Universe in its form and the Invisible Intelligence Behind the Scenes. 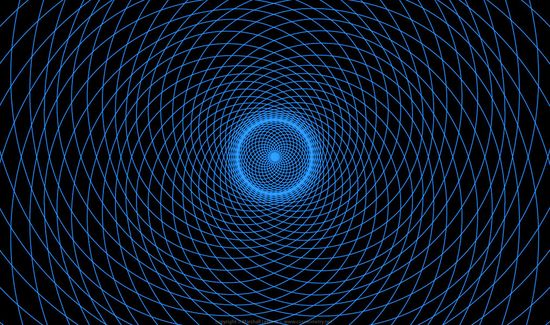 Courtesy coscometry.net  IMAGE 7
http://www.msn.com/en-gb/news/world/what-do-we-really-know-about-osama-bin-laden%E2%80%99s-death/ar-AAftW0F?li=AAaeUIW&ocid=mailsignoutmd
It seems that someone else thinks the Bin Laden story is false.  I have said in previous blogs and shown that he was 'killed' at least three times!!!?  Compare these statements with the above from my journal, worlds apart.
Yes this has merit.  3 mins

I was never taught that the idea of meditation was to stop or command your mind to stop thinking.  Yes a busy mind is a fact at times, yet if one just breathes and watches and with NO intention other than just being an impartial witness to witness, a sort of interested watcher of the minds content, watching thoughts, feelings and whatever come and go, THOUGHTS AND FEELINGS can subside and leave one in calm and peace, sometimes one falls asleep, sometimes the body is restless and so forth. ONE maybe should approach meditation as a just 'time out' with no particular goal in mind, then the stress of ACHIEVING a result will not be there. 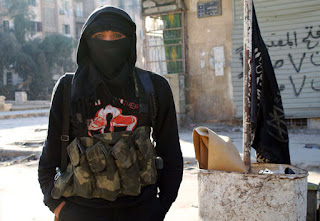 Russian and US-backed coalition warplane strikes have also taken their toll  ?
http://www.express.co.uk/news/world/612639/Islamic-State-crippled-mass-desertions-militants-flee-barbaric-terror-group?ref=yfp
Should this article be factual and it is happening then where have the USA and UK been bombing and fighting all these years and could they have not caused so much death and refugees fleeing. Could this have been a plot to get Assad out of Syria and leave another vacuum as in Egypt, Libya, Afghanistan and Iraq. 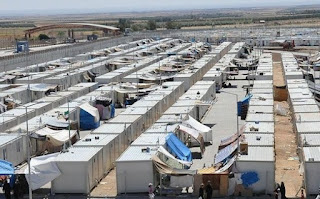 Refugee camp for Afghani and Syrian peoples.
http://uk.reuters.com/article/2015/10/02/uk-europe-migrants-germany-violence-idUKKCN0RW0UD20151002?feedType=RSS&feedName=worldNews
Some of my German friends who live in a small village have had a disused barracks turned into a home for a thousand refuges outnumbering the local inhabitants.  They seem to be peaceful.
However where there are mixed races and religions there seems to be the same arguments and fights as their countries are now fighting for.  Some of my friends tell me that they are scared as they have been threatened and so on.  I am sure this is a minority. 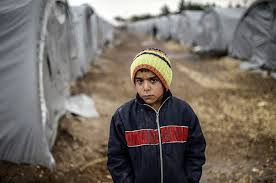 Having had a lonely and sad childhood and been from home to home I can only say how I suffered and nowhere near the intensity of the youngsters and children with bombing, losing limbs, parents, family and friends, cold starving, frightened and lonely when they should have been in a loving environment. I shudder when I hear and see these words' in a war there are bound to be civilian causalities'!!!

Courtesy www.theatlantic.com
In 2001-2002 I was subjected to huge violence by a neighbour who was an alcoholic, mentally ill and supposedly under supervision, those that supervised him were on drugs and threatened us with having to pay £10.00 a week otherwise they would let this man loose on us. I had to flee for six weeks.  I lived at a cousins a long way off. After six weeks I was relocated to where I am now. So how much more do I feel for these people---so much more----my heart bleeds as it were for them I feel a little in comparison to what goes on in their minds and for the trauma. 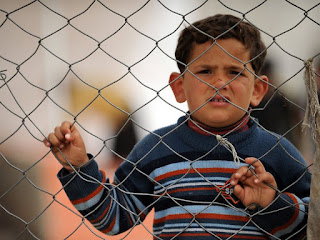 Courtesy  www.theaustralian.com.au
I have shown boys as their faces and expressions mirror of what I felt.I have a hard time to show girls and women in these situations as it brings up the suffering of my dear late Mother and my Grandma and dear Aunt.  I was so traumatised and then sent to a religious school to prepare for my Barmitzvah(Jewish rite for boy of 13 years of age) and they were fanatics and taught me to hate any other religion and this compiled more on my trauma.  Thank goodness I had a great Judo Teacher and an English teacher at school who understood and was a great Judo Ka as well. They provided the balance otherwise I do not know what would have happened.  My early NDE at the age of 4, and my having leant basic meditation through Ju Jutsu. 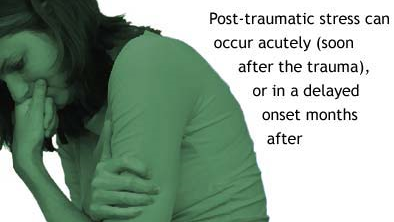 Courtesy www.reynoldsclinic.com
Then when I came to live here, the tenants and I were subjected to a very spiteful manager and it took six more and three area officials to get sacked before the authorities and police sorted it out, in between times a 83 year old man with a pacemaker, on blood thinners and artificial hip and knee decides he does not like the fact I exercise and like a football team he doesn't and decides to punch me and harass me.  I could have downed him easily, however if he died or was injured what would have happened to me.  This is still ongoing but the police have warned him and strategies have been put in place, like cameras to stop this hooliganism.
ADDENDM
Just came across this to support the above somewhat
Graham Hancock.  I am not saying I agree with all of it but it does support the 'wipe outs'.  I have gone into this so much in energygrid and a synopsis above.  It is a long video----please listen to this most amazing person.

Posted by GEOFF FREED ONLINE at 03:50