In the light of new revelations about reality then are we sure of anything. Greetings to unsure-ness as the only surety.  If we really take the time and patience to delve into simply particle and quantum stuff, perhaps you come to the conclusion only our programming, brain washing and cultural / religious indoctrination's create our reality, and even though we may have identical believers they have their own unique interpretation of the same realities.
Is it then possible to experience Life just by awareness and observation, suspending judgement and just being?
I believe great Beings have and are doing just that-----one of the tools is meditation.  Not to be confused with imagery, intention sing, visualization, contemplation, mantra, yantra or brain storming and such like.
Are you sure of the reality of existence and what the Universe is----study just one aspect ' look back time'.
NASA admits its in contact with alien races. 2 mins
NASA ADMITS THERE ARE ALIENS AND UFO'S  6 mins
Part of this video maybe blanked out------?
THIS IS MY ALL TIME FAVORITE UFO ENCOUNTER 7 mins.
There are a whole lot of reasons for this as my favorite ---lets just say it means a lot to me.
Compare Travis Walton's description and the helmet warn by the UFONAUT.  SEE BACK POST FOR Travis original interview just after the encounter.  Posts 204, 267, 272, and 279 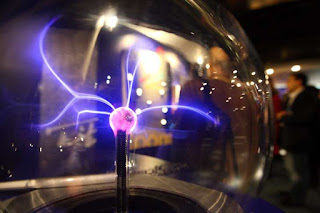 QUANTUM TELEPORTATION MOVES CLOSER
In what is being hailed as a breakthrough in demonstrating the feasibility of quantum teleportation, two independent teams of scientists have succeeded in transferring quantum information over several miles of commercial optical fiber networks. The experiments, carried out in the cities of Calgary, Canada and Hefei, China, are separately described in two studies published in the journal Nature Photonics.
First proposed by scientists nearly two decades ago, quantum teleportation relies on "entanglement" — a weird and counter-intuitive phenomenon once famously derided as “spooky action at a distance” by Albert Einstein. When two subatomic particles are entangled, changing the quantum state of one immediately changes the quantum state of the other, no matter how far apart they are.
By utilizing this property, researchers in Canada were able to send quantum information over 6.2 kilometers (3.9 miles) of Calgary's fiber optic network, while the Chinese team — using a slightly different configuration — was able to do so over a distance of 12.5 kilometers (7.8 miles).
Although greater distances have been achieved in laboratories before, this is the first time researchers were able to use existing telecommunications infrastructure to accomplish quantum teleportation — a key step in ensuring the viability and practicality of the process.
Here's how quantum teleportation works. Imagine, if you will, three people — Alice, Bob and Charlie. Alice wants to send information to Bob. In order to do so, she prepares a photon she wants to teleport and sends it to Charlie, while Bob entangles two photons and sends one of them to Charlie. When Charlie receives the two photons — one each from Alice and Bob — he carries out what's known as a Bell-state measurement, which actually forces the two to become entangled. This, in turn, causes the photon Bob has to collapse into the state of Alice's original photon, thereby teleporting quantum states between Alice and Bob, who can, in theory, be separated by a distance of miles.
Although the use of the word "teleportation" immediately conjures up images of Star Trek-like transporters — thanks to the theme being gratuitously exploited by science fiction books, shows and movies over the ages — quantum teleportation refers to the instantaneous transmission of information, rather than actual matter.
So, while the latest breakthrough is not going to lead the creation of transporters that seem straight out of science fiction, it does have several real-world implications. From the development of super fast quantum computers to quantum crypotography and the creation of extremely secure "quantum internet," feasible and reliable teleportation has the capability to revolutionize communications.
Quantum internet, for instance, would enable users to transfer information through quantum states instead of the currently used strings of 0s and 1s. Given that an eavesdropper cannot read the quantum state of a photon without disturbing it, a quantum network would be essentially unhackable.
"The two experiments can be seen as milestones on the path to a long-term goal, namely to build a fibre-based quantum internet connecting large cities," Johannes Kofler from the Max Planck Institute of Quantum Optics in Munich, who was not involved in the experiments, told New Scientist.
Weird quantum Mechanics 2 mins----Getting near ET / UFO technology as above.That is why I do so much ET /UFO stuff. It is also taking us nearer to ascension in some ways, not technically but our understanding of light and photons. Regular readers and former workshop participants and friends would have heard and read of my work in this field and explained in many blogs in energygrid.

Quantum teleportation is a process by which quantum information (e.g. the exact state of an atom or photon) can be transmitted (exactly, in principle) from one location to another, with the help of classical communication and previously shared quantum entanglement between the sending and receiving location. Because it depends on classical communication, which can proceed no faster than the speed of light, it cannot be used for faster-than-light transport or communication of classical bits. While it has proven possible to teleport one or more qubits of information between two (entangled) atoms,[1][2][3] this has not yet been achieved between molecules or anything larger.
Although the name is inspired by the teleportation commonly used in fiction, there is no relationship outside the name, because quantum teleportation concerns only the transfer of information. Quantum teleportation is not a form of transportation, but of communication; it provides a way of transporting a qubit from one location to another, without having to move a physical particle along with it. However, quantum teleportation of particles has been theorized to also be possible, and to perhaps be an explanation for the teleportation-like effects seen in superconductivity and superfluidity.[4]
The seminal paper[5] first expounding the idea of quantum teleportation was published by C. H. Bennett, G. Brassard, C. Crépeau, R. Jozsa, A. Peres and W. K. Wootters in 1993.[6] Since then, quantum teleportation was first realized with single photons [7] and later demonstrated with various material systems such as atoms, ions, electrons and superconducting circuits. The record distance for quantum teleportation is 143 km (89 mi).[8]
In October 2015, scientists from the Kavli Institute of Nanoscience of the Delft University of Technology reported that the quantum nonlocality phenomenon is supported at the 96% confidence level based on a "loophole-free Bell test" study.[9][10] These results were confirmed by two studies with statistical significance over 5 standard deviations which were published in December 2015.[11][12]( COURTESY WIKIPEDIA)

May I take the liberty of stressing the fact this is most important and also is leading to the true nature of consciousness which will enable this to work more efficiently.
UFO's of the higher order work by intention and observation.
see below
Double slit experiment 6 mins.  THIS IS NOT A HOAX it is serious quantum.
Deeper Quantum Slit explanation. 14 mins.
Nature of reality
Another reason I go on so much about this is; my Stargate Experiment

http://www.energygrid.com/futurity/geoff-freed/2012/06a.html
Scroll down to Stargate

In which I give a general easy peasy ( Colloquialism for ease to do or understand) also I am not going to give away the technical details because naughty things could happen, not explosions but some quantum weirdness that might get into dematerialism, strange dimensional cross overs and entanglements. Believe me it did work, then we were forced to close down.
Now the implications of what has beforehand been written and the above take us to the point of PLEASE LET US HAVE UFO /ET DISCLOSURE, before they the elite crack the codes and use it for warfare and not for time travel, free energy, or create a New World Oder Dictatorship.  Also pollute other dimensions and planets. 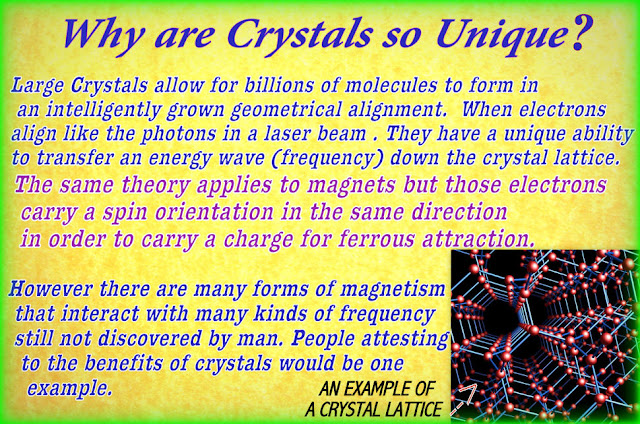 The above image describes how UFO Pilots of the higher order craft work. By Intention the Crystal Lattice is programmed to capture or receive information from the brain(like a remote control) the crystals are attuned or resonate to Planetary and Star Systems found by the binary and three Locks as in the 1967 writings soon to be published, and apologies for the Posts to be Technical, this is a response from emails, friends and certain non scientific groups  and dear followers of my workshops of the past.  The higher order UFO's are those work with the organic biological material attuned to the occupants and is part of their biology and is tuned to them.  The occupants have to be in sync as well.  This will enable more people at present to do more amazing things as the binaural brain develops in the next stage of human evolution to Homo Spiritulana.
http://www.energygrid.com/futurity/geoff-freed/2011/11c.html
and
Posts 28 / 32 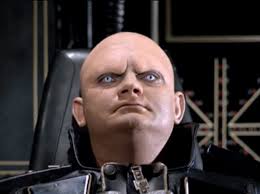 Courtesy Googleimages
This is the face on the video if you can get---read my story how I got about twenty years ago after they had been banned.

In these Posts I mention and narrate about Hangar 18 (the true story) there are two versions of the video if you can still get it, you want the one with the face in the blogs. Some gaps appear either because the license expired, the owners withdrew it, or you know who has tampered with it.
Anyway if you get the video you will see inside the UFO at the Wright Paterson Facility and array of crystals and this is what they are used for, although this was a very old UFO Empire One, used by the elite / Melchedekians who still use them out of their hidden bases, these try to keep their bloodline pure and do not mix with the other members of the elite who have joined society on Earth and are after establishing The World Order Cabal. They have descended from the inhabitants who came to Earth as in My UFO Story May 2005 in energygrid.

http://www.energygrid.com/futurity/geoff-freed/2005/05.html
The crystals that are in the old empire ships as above are merely information like CD's DVD's not like the ones that appeared in Staffordshire.

Unexplained phenomena on the Moon----not a hoax or waffle really good production.  16 mins.
http://www.huffingtonpost.co.uk/entry/greenlands-ice-is-melting-even-faster-than-we-thought_uk_57e4ed7fe4b0db20a6e8e584?icid=maing-grid7%7Cmain5%7Cdl1%7Csec1_lnk3%26pLid%3D777708323_uk
and
http://www.huffingtonpost.co.uk/entry/gravitational-microlensing-nasa-hubble-telescope_uk_57e4fe13e4b0db20a6e8febf?icid=maing-grid7%7Cmain5%7Cdl23%7Csec1_lnk3%26pLid%3D-758827378_uk-ttg
Dr Dean Radin  on Consciousness------ one of my favorite scientists  41 mins of genius.
ARE YOU SURE OF ANYTHING----examination of matter is proving matter is 99.9 % at the atomic level as empty.
Be Empty, Be Full of Joy and Happiness
Be Well.  Geoff
Posted by GEOFF FREED ONLINE at 06:00