http://www.energygrid.com/futurity/geoff-freed/2011/04b.htmlDear Regular readers and maybe not interested in the second part of Post 284 apologies for a not Posting a more general one. It does afford you a break and I will be back in a few weeks after this Post with regular and breaking news.
For my readers of the 1967 stuff it will be perhaps easier in two Posts. SKIP TO 285 IF YOUR INTEREST IS NOT THE 1967 WRITINGS AND EXTENSIONS.  285 IS A MORE GENERAL ONE. THANK YOU. 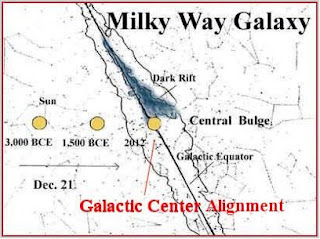 From article  The fascinating part of the article is, and in this small quote, perhaps to whet your appetite:


“HUNAB KU - Mayan glyph representing a "black hole" at centre of our galaxy. On December 21, 2012 which coincides with the Winter Solstice and as the Sun sets west of Chichen-Itza, a pattern of shadow and light will project the Plumed Serpent (Quetzalcoatl) descending on the stairs of the pyramid that has a large head of a serpent sculpted in rock at the base. This occurs twice in Chichen Itza every year but on the Winter Solstice of December 21, 2012 something very special will happen. As the Sun sets in the early afternoon, the shadow of the pyramid's northwest edge will project a moving pattern of light that joins and illuminates the sculpted serpent head at the base of the stairway. Within a thirty-four minute period, the serpent, formed by this play of light and shadow will appear to descend to the earth, as the sun leaves each stair, going from the top to the bottom. This combined effect creates the visual appearance of the body of the serpent descending the pyramid. In addition, on December 21, 2012, the tail of the serpent projected up from the top of the pyramid will be pointing precisely to the star cluster Pleiades. The pyramids at Teotihuacán which means "City of the Gods", constructed by a Meso-American civilization just north of Mexico City that preceded the Mayas, are also aligned to the Pleiades as are the Egyptian pyramids at Giza. This is not all, on December 21, 2012 at around 11:11 universal time, there will be a precise alignment of our Sun with the Galactic centre (Hunab Ku).”

The next connection was the Mayan links and of course this connected Hunab Ku the Galactic Center which the '67' writings place a great deal of interest in. As Nassim Haramein which I then researched felt it was a Portal from other Dimensions / Galaxies and for ET to enter our system.
Relearning reality.  8hrs.10 mins.  Yes I have blogged this one way back.  May I suggest you make some tea or something and watch this astounding video say in half hour doses over several days. It is really worth it. It cover science, ancient mysteries, ET, what NASA are not telling you about the Sun, Space Geometry and much more.  A jewel of a presentation. Oh a special bit where the Sun defends itself against a Giant Invader and something saves the Earth from being toasted. 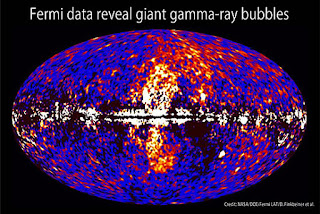 Explanation: Did you know that our Milky Way Galaxy has huge bubbles emitting gamma rays from the direction of the galactic center? Neither did anybody. As the data from the Earth-orbiting Fermi satellite began acuminating over the past two years, however, a large and unusual feature toward our Galaxy's center became increasingly evident. The two bubbles are visible together as the red and white spotted oval surrounding the center of the above all sky image, released yesterday. The plane of our Galaxy runs horizontally across the image center. Assuming the bubbles emanate from our Galaxy's center, the scale of the bubbles is huge, rivaling the entire Galaxy in size, and spanning about 50,000 light years from top to bottom. Earlier indications of the bubbles has been found on existing all sky maps in the radio, microwave, and X-ray. The cause of the bubbles is presently unknown, but will likely be researched for years to come.
Perhaps you may recall all the stuff about the Schumann Resonance, the Pole Reversals and the evidence of fossils and so on.  Then the details how the energies change the DNA and the symptoms of ascension energy shift which maybe illness or not, or a kind of detoxification.  Food, diet and sleep patterns, changing physiology and so on.  Many symptoms maybe an enigma to the doctors, but check up to make sure.
By now you will have grasped my views on the importance of gamma rays and only now after me constantly saying about the effects on biology is mainstream hesitantly and demurely acknowledging this. These are the key carrier waves and codes for the ascension process.

Then my research took me into electron volts and you can see some proof of this that led me onto more intricate stuff in Post 275 ( scroll for information).

To see more details go tohttp://www.energygrid.com/futurity/geoff-freed/2011/04b.html for magnification.  Then I had some correspondence with Dr Carl Calleman.

We then go onto Dr Paul LaViolette and his super wave and Star  and Constellation alignments, you can You Tube a lot of this or search for it in energygrid.
Read a good deal about his work in  http://etheric.com/paul-laviolette-bio/ of course should I live longer more proof will arise, and I will update occasionally or just add to this Post and call them Part 3 and so on. 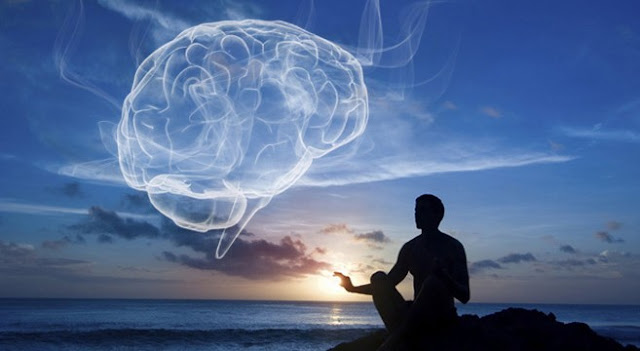 Of course the keystone, the door to all of this is meditation.
Be Well, Be connected.  Geoff
ADDENDUM 3

Full moons could trigger larger earthquakes
Big quakes such as Sumatra in 2004, 2010 in Chile and Japan in 2011 occurred near the time of maximum tidal strain
By Roshina Jowaheer  Sep 13, 2016
Updated: Sep 13th 2016 12:18 PM
facebooktwittergoogle+pinterestemail

New research by scientists in Japan has revealed that large earthquakes are more likely to take place during a full or new moon, a time when tidal stresses on Earth are at their greatest.

The University of Tokyo researchers looked at earthquakes with a magnitude 5.5 or great that occurred in the past two decades and found that the biggest quakes happened on days near new or full moons.

According to Science Alert, scientists have long argued that these could influence earthquakes due to the extra tidal stress on the Earth's surface.

The scientists worked out that very large earthquakes, such as Sumatra in 2004, 2010 in Chile and in Japan in 2011, occurred near the time of maximum tidal strain, or during new and full moons when the sun, moon and Earth align.

Nature.com reports that Honn Kao, a seismologist at the Geological Survey of Canada and Natural Resources Canada, said: "This is a very innovative way to address this long-debated issue.

"It gives us some sense into the possible relationship between tidal stress and the occurrence of big earthquakes."

As there are too many factors that contribute to triggering earthquakes, the study will not be the final word on the matter but John Vidale, a seismologist at the University of Washington, says "the results are plausible"( My Comment ----eclipses as well----some proof  that Solar Flares, CME's and HSS as well).
Then there was all the research on Weather Sensitivity and then there was Police Patrols in Brighton and Leeds at New and Full Moon, some airlines testing their aircrew for Moon Sensitivity, Mental Homes and Insurance companies alerted as well. The Mayan Calendar especial the one above a few paragraphs up, I was looking for the dates in the triple lock and checking NASA sites for electron volts. 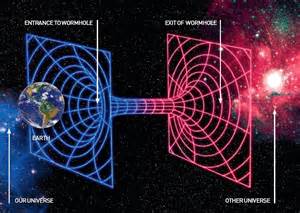 Another exp;oration was that the Earth is going through ascension and those in tune with the higher vibrations would ascend to another location as it were, maybe another dimension, sort of like the Phantom Wave Replica of ourselves.  The Earth could and will raise its frequencies as from the Geometric Core Crystal and it is known the core Rotates faster than the tectonic outer skin.  Those whose vibrations were not in accord would remain on the Earth as it is now.