Hi Folks  This is mainly for the UK however it will or might resonate with you and similar situations where you are in other countries.  Please forgive my own UK NEWS and make it a special.  Thanks for your tolerance and understanding.

Ken Loach
Kenneth Charles "Ken" Loach (born 17 June 1936) is an English film and television director. He is known for his socially critical directing style and for his socialist ideals, which are evident in his film treatment of social issues such as poverty, homelessness (Cathy Come Home, 1966) and labour rights (Riff-Raff, 1991, and The Navigators, 2001).
Loach's film Kes (1969) was voted the seventh greatest British film of the 20th century in a poll by the British Film Institute. Two of his films, The Wind That Shakes the Barley (2006) and I, Daniel Blake (2016) received the Palme d'Or at the Cannes Film Festival, making him the ninth filmmaker to win the prestigious award twice.[1]( Courtesy of Wikileaks----read more) 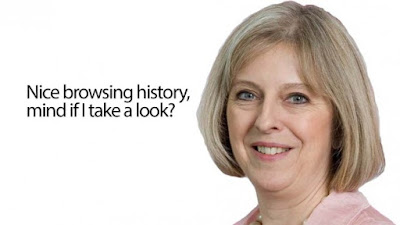 Courtesy stopmakingsense
The trouble now is that the worlds journalists are frightened of reporting the truth because they will be castigated.  They will be classed as conspirators, of course in league with Russia and its all Mr Putin's fault.  Their families threatened or loss of job. And with Mrs May and her snoopers bill and all the digital technology that goes with it ------you can be hung out to dry with manipulation digital jiggling. No wonder so many people are turning to the alternative media and the banks dropping the RT account.  Of course they will say they are spreading false information and causing people to be radicalized and heaven forbid we can have an opposite view, that's too liberal, we have to toe the party line, and believe me that's being considered.

The three Smurfs. 2 mins.  Most important.
So you see from the video above that journalists can and are tracked and their informants. In the scenarios above you are a suspect, a unpaid spy and a citizen with out or with rights according to the definition and conclusion you come too. And what's more they own you as well, especially your private mind space---why so ----am I being near a suspect and they are using my phone to listen to their conversation nearby or being used as a third pole in triangulation, or my own private phone stuff.
SUGGESTION; Citizens of the UK and the world write to you MP  or Government representative, Prime Minister or President asking them for wages, fees and services rendered for being an unpaid spy for the security services.  In the UK apply for the wages of a 'spook' for MI5, MI6, GCHQ, AND ALL NON UK linked to this country and to be put on the official payroll or pay your cell / mobile phone bill.
GOOD LUCK, LET ME KNOW IF YOU ARE SUCCESSFUL.
Be In Touch. Be Well.  Geoff
ADDENDUM
Stargate at CERN awakens.  11 mins.
I standby my feelings and 1967 writing that this year is a very important and pivotal year.  If we get through this relatively unscathed then we have a chance for the Ascension, The Shift, The next Stage in Human evolution to come about.  The Shift from Homo Sapiens to Homo Energetica  / Homo Spiritulana.  The next phase---2017 to 2032, then the final phase, 2033 to 2075.
By the Way a consortium of which I was a member made a Stargate / Worm Hole / Black Hole in 2012, we were closed down, I fleshed out the idea non technically in the link
http://www.energygrid.com/futurity/geoff-freed/2012/06a.html
Scroll down to picture of a lady titled Aversion Therapy and there is a simplified idea.  We got closed down.
Posted by GEOFF FREED ONLINE at 14:21