Hello and trust you are alive and kicking. Kicking the corruption and pollution. In this video below you might kick even harder as the injustice takes over and yet there is an element of 'what can we do'
Expedition to Sipapu, Grand Canyon's Lost City. 27mins
At the end you will see the helicopters and something else.
I have a feeling these ancient sites hold great energy and there exists an magnetic matrix in the space around it and holds the memories of the past and some sensitives can tune into it. Furthermore a revival can be made and energies invoked and some sort of 'natural event ' could take place.
Wikileaks and Guess who? 7 mins
More of the blame game
VITALLY IMPORTANT ABOUT VAULT 7 4 mins
Activity was observed around the North Pole, too. In northern Norway, magnetometers detected a shaking of Earth's magnetic field in response to buffeting from the incoming solar wind stream. Instruments at the Polarlightcenter in Lofoton recorded the action: 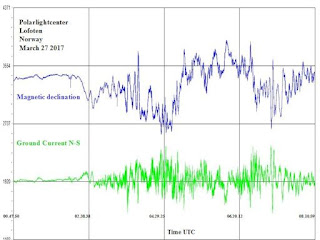 "We detected significant variations in our local magnetic field and also electric currents flowing in the  ground," reports Rob Stammes, who operates the magnetic observatory.  Of the Northern Lights dancing overhead, he says "these could be the last of the season before the midnight sun returns in the near future."

More auroras around both poles are likely tonight as Earth moves deeper into the solar wind stream. This stream is threaded by negative-polarity (south-pointing) magnetic fields that do a good job connecting to Earth's magnetosphere and energizing geomagnetic storms. Free: Aurora Alerts (Courtesy Rob Stammes)

Adaptive Optics.  Twinkle twinkle little Star How I wonder how you are?
Astronomers have found a way of looking and measuring star data which is often
obscured by atmospherics and bright city lights. The twinkle is still there but clever adaption allows the viewing without the twinkle---that is computer wise.  2 mins

Oxybutynin has been "consistently linked" with dementia and cognitive impairment, say researchers from the Henry Ford Hospital in Detroit, but doctors rarely monitor patients and only around 9 per cent of patients have a neurological examination before they start taking it.
Despite its side effects, oxybutynin is still the drug of choice in the US, where it's prescribed to 27 per cent of elderly people with overactive bladder. Its usage around Europe varies, from as little as 7 per cent of patients in Germany, Austria and Switzerland, and up to 70 per cent in Italy.
Oxybutynin is an antimuscarinic, a family of drugs derived from mushrooms that are designed to control overactive bladder, a common problem that affects around 9 per cent of the over-65s. Oxybutynin is the cheapest option in the antimuscarinic family, which probably is the reason it is so frequently prescribed.
It may be a false economy, however. There's solid evidence to show it is linked to greater cognitive decline in the elderly, and there are safer options—even within the antimuscarinic family—that could be prescribed instead.(Courtesy WDDTY)


Students who are training to be vets at the University of Bern are to be given a course in acupuncture on a herd of 80 Holstein cows and calves in May. It's the first time animal acupuncture classes have been held in Switzerland, says the agricultural office for the Canton of Fribourg, where the herd is based.
Other alternative therapies are also being looked at, especially if they be used instead of antibiotics. A spokesman for the agriculture office said that alternative medicine was "in development" as a way of maintaining animal health without using the drugs.
An Australian specialist is coming over to teach the students at an organic farm in Sorens, which is attached to a teaching farm that has worked closely with Bern University for more than a decade, and is currently involved in a project to reduce the use of antibiotics in milk production.(Courtesy What the Doctors don't tell you--WDDTY)
2 mins
http://www.healthfreedoms.org/breathtaking-flash-of-light-from-zinc-occurs-at-moment-of-conception/
Very good pictures 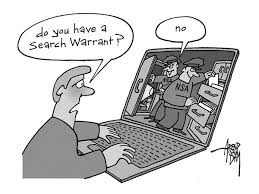 
WASHINGTON — Internet service providers will be able to store your browsing history and sell that data to advertisers and others under a bill that passed the U.S. House of Representatives Tuesday.

The House bill, passed 215-205, gives the Trump administration power to block Obama-era Federal Communications Commission (FCC) rules that were written, in part, to prevent companies from tracking and selling browsing history. The bill already passed the Senate.
President Trump intends to sign the bill, which is known as the Congressional Review Act (CRA) and is designed to keep the Obama-era rules from taking effect, The Guardian reported. Blocking the rules will allow companies like Verizon to sell advertising (based off of consumers’ browsing history) in competition with Google and Facebook.
The FCC, during the Obama administration, had introduced a set of rules, the Broadband Consumer Privacy Proposal, which would have required broadband providers to get permission from customers before tracking them and selling the data.
“Give me one good reason why Comcast should know what my mother’s medical problems are,” said U.S. Representative Michael Capuano, a Democrat. “Just last week I bought underwear on the Internet. Why should you know what size I take? Or the color?”
Evan Greer of the non-profit group Fight for the Future said the new law will kill privacy.
“Gutting these privacy rules won’t just allow internet service providers to spy on us and sell our personal information. It will also enable more unconstitutional mass government surveillance, and fundamentally undermine our cybersecurity by making our sensitive personal information vulnerable to hackers, identity thieves, and foreign governments,” Greer said. 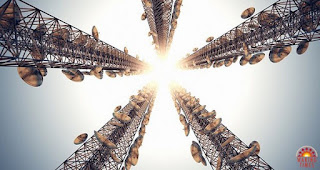 http://www.healthfreedoms.org/rolling-out-a-5g-world-control-grid-using-untested-frequencies-we-wont-wait-for-the-standards-fcc-chairman/
What arrogance and greed that chairman should be made to live under a mast and see what happens with no means of protection.
HERE ARE A FEW POINTS FROM ARTICLE
HORRIFYING AND TERRIBLE;-

Here’s a summary of his points:
– 5G will penetrate material objects better: thanks to “brilliant engineers”, 5G radiation will be even harder to shield yourself against;
– 5G will be infrastructure-intensive: the plan is to erect even more radiating towers in every corner of the planet, adding a new meaning to the concept of electromagnetic soup;
– 5G will make tens of billions of dollars for its owners through “unanticipated and unintended” consequences (after this point, Wheeler slams his fist on the podium and says, “That’s damn important”);
– 5G is going to go ahead without the FCC waiting for governmental standards(Wheeler proudly proclaims that “unlike other countries”, the US cares about being “first out of the gate” (i.e. economically). He suggests we “turn innovators loose” rather than wait for committees to decide things. He defiantly declares that “We won’t wait for the standards”);
– 5G will require the sharing of frequencies with the military;
– 5G is the technological basis for the IoT (Wheeler states that “hundreds of millions of microchips” will be in everything [and everyone if they get their way]);


– All parts of the Earth will be covered, so there will be urban and rural radiation saturation.
Please read the article complete---THIS IS SO IMPORTANT. 38 minutes of viewing that could save your life if you act now, this video and Tim wheeler made me sick.
Be Well.  Geoff

Posted by GEOFF FREED ONLINE at 01:57