Hi again.  To evolve we have to go beyond the known which does not seem to working we may have to look outside the box of the past and enter the space of the unknown which may hold clues to our future life and existence.  It would take great courage and take us out of the comfort zone and the compass of direction we are now travelling. 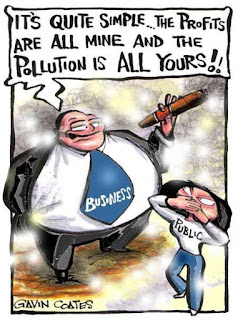 UN Report: We Do NOT Need Pesticides to Feed the World… It’s a Myth

http://www.healthfreedoms.org/researchers-at-yale-and-penn-state-find-vaccines-are-related-to-brain-disorders/
These two reports are of mega, mega significance and just emphasises the corruption and devilry of major institutions that are meant to be for health and safety.


Hundreds of families claim that the hormone-based pregnancy test, Primodos, caused the deformities in the 1960s and 1970s, but they have never been able to establish a direct cause-and-effect link. Attempts to take the manufacturer, Schering, to court failed after legal aid was withdrawn.
The families are hoping that the discovery of thousands of papers in the Berlin National Archives may establish a link. The papers include correspondence between Dr Bill Inman, who created the UK's Yellow Card system for reporting reactions to drugs, and the manufacturer. In that, Inman said that pregnant women who took a hormone pregnancy test had "a five-to-one risk of giving birth to a child with malformations." A new warning was placed on Primodos packaging in 1975.
The papers will be reviewed by an expert panel that investigates hormone pregnancy tests.
Bayer, which took over Schering, claims that evidence that the test causes deformities is weak.(Courtesy WDDTY)
NYPD has enough of Comey.  5mins
Creeppy Joe.  2 mins


Around half of family doctors are using manual tensiometers to measure blood pressure readings, a survey of Canadian physicians has discovered. Instead, they should be using automatic devices that are more accurate, say researchers from the University of Montreal.
Sometimes the manual devices are faulty, but it could also be down to the doctor who should be taking two readings around 15 minutes apart, and few have the time to do that, says lead researcher Janusz Kacrorowski.
Automatic devices eliminate the risk of 'white coat syndrome', when a patient's blood pressure rises because of the stress of being in the doctor's surgery.
Although the devices are more expensive, it would eliminate the cost of antihypertensive drugs that are being wrongly prescribed.
AND

Scientists ar unable to reproduce the results of trials that had found a drug was effective, and which helped get it approved. Around 70 per cent of researchers say they have been unable to replicate the results of drug trials—which suggests they were falsified or given too much of a positive spin.

This 'reproducibility crisis' is putting a brake on further research and development, and goes against one of the fundamental principles of science that independent scientists can replicate the results.
In one test, Dr Tim Errington, an immunologist who runs the Reproducibility Project at the University of Virginia, tried to replicate the results from five major cancer trials, and yet despite spending two years on the studies, he was able to reproduce the results from just two of them. Two others were inconclusive and he was unable to replicate the results of the fifth trial.
"It's worrying because replication is supposed to be a hallmark of scientific integrity," Dr Errington said.
He's not alone. More than 70 per cent of researchers have been unable to reproduce results from medical trials—and it's because results are often made to look more impressive than they really are.
There's a number of reasons for this. Most trials are funded by the drug company whose product is being tested, and they need a positive result, and there's an impulse to get exciting results as that's good for the publication that prints the study, and for the universities where the researchers work, and for the researchers themselves whose careers are enhanced with 'breakthrough' research ( Courtesy WDDTY)
VAULT 7 :CIA UMBRAGE ABOUT FAKE RUSSIAN HACKING.  3 mins.
VERY CLEAR AND INFORMATIVE
NYPD has enough of James Comey. 5 mins
EXCELLENT FOLLOW UP FROM THE ABOVE VIDEO.  REALLY THE SWAMP NEEDS TO BE DRAINED AND FAST.
IF YOU LIKE WELL SPOKEN ELOQUENT ENGLISH THEN LISTEN TO THIS.  IT TAKES A WHILE TO GET INTO IT.  IT DOES CONTAIN WISDOM AND BEAUTIFUL SOLUTIONS. 15 mins
WE ARE BECOMING THE INTERNET AND IT IS BECOMING US. 15 mins
A REAL THOUGHT PROVOKING AND INTERESTING VIDEO.
I COVER AS MUCH DIGITAL STUFF SUCH AS MY SKYPE  WITH FOIL AND SO ON . MANY YEARS BACK I CAME ACROSS THIS;-THAT THREE LASER BEAMS ON YOUR WINDOW COULD PICKUP YOUR COMPUTER SCREEN AND ITS CONTENT AS WELL AS YOUR  TV AND VOICE ON THE PHONE. IT WAS EXPLAINED AS THE PICTURES FLICKER AND AS A LOUD SPEAKER AND MICROPHONE CONE VIBRATES AND THESE VIBRATIONS ARE TRANSLATED INTO SOUND AND PICTURES. IN VIEW OF THE ABOVE AND THE VARIOUS POSTS I HAVE DONE ON AI AND VARIOUS EUGENICS IT IS OF VITAL IMPORTANCE THAT MEDITATION BE PART OF YOUR LIFE SO THAT THE ATTENTION SPAN CAN INCREASE AND KNOW WHAT IS OF YOU AND WHAT IS CYBER AI.
THE WINDOW VIBRATES SLIGHTLY TO SOUND AND LIGHT AND SO ACTS AS THE CONE ON THE SPEAKER.
Amazing find. 4 mins
WHATS GOING ON IN THE MIDDLE EAST 5 mins
What is this all about? Approximately once a week, Spaceweather.com and the students of Earth to Sky Calculus fly space weather balloons to the stratosphere over California. These balloons are equipped with radiation sensors that detect cosmic rays, a surprisingly "down to Earth" form of space weather. Cosmic rays can seed clouds, trigger lightning, and penetrate commercial airplanes. Furthermore, there are studies ( #1, #2, #3, #4) linking cosmic rays with cardiac arrhythmias and sudden cardiac death in the general population. Our latest measurements show that cosmic rays are intensifying, with an increase of more than 12% since 2015
BY NOW REGULAR READERS WILL KNOW MY TAKE ON THESE ENERGIES.  FOR THOSE WHO DO NOT MY VIEW IT IS LINKED TO EVOLUTION AND THE UPGRADING OF HUMAN GENETIC MAKEUP AND THE NEXT SHIFT IN OUR EVOLUTIONARY JOURNEY SHOULD WE NOT DESTROY THE EARTH BEFORE IT HAPPENS.  THERE IS A LOT MORE AND IT IS IN MANY BACK POSTS; SIGNS EXPLANATIONS AND SO ON.
A WEEKS RESUME. 9 MINS
Extraordinary. Spinach and human blood system. 3 mins
http://www.healthfreedoms.org/medical-scientists-grow-beating-heart-tissue-from-a-spinach-leaf/

The above is getting near to the theme I espousing in POST 309 and it is getting to the point where materials and plants of a certain nature and texture can form a craft that is biocompatible and even ingest 'microbial or radiation frequencies' I have Posted much about microbes that live in space and some scientists believe we came from microbes see Sir Fred Hoyle.

Until next time best wishes.

ADDENDUM
CHEMTRAILS. Testimonies by doctors, scientists, pilots, soil samples. 16 mins. I will repeat this in every Post.
It might prevent the upgrade to the next shift and I assume that it might be deliberate.  At most it will delay it.
There are three more shackisback.blogspot.com (co.uk) in some browsers.  Please use address bar if Google will take it.
Posted by GEOFF FREED ONLINE at 05:09