Hello In spite of the devastating news I trust you are well and in good spirits.  I hope by some miracle sanity prevails for what would it gain if we we had a world war and if it turned nuclear?
We have enough radiation now and chemtrails with other horrors in our food and water.  It make me question whether an evil ET or wizard, a devil or monster bug has infected the minds of our leaders and people who believe the new religion of Science, Medicine and The Holy Church of Media and the High Priest Mammon.  The discipleship of The Holy Order of the Industrial Military Complex with its PH.D, MSc, BSc, MA, BA and all other diplomas in spying mass surveillance and misery causation.
Tally Ho the cry goes on as the hounds and the horses search for the dreaded fox, fox hunting a so called 'sport in the UK mainly for the wealthy and upper class' and so James Corbett's rousing music inspires the hunt and hoo-ha and hullabaloo . Yikes the Chinese and Russians shadow the the Trump Armada to North Korea.  Tally Ho CHAPS WHERE IS THE FOX NOW? 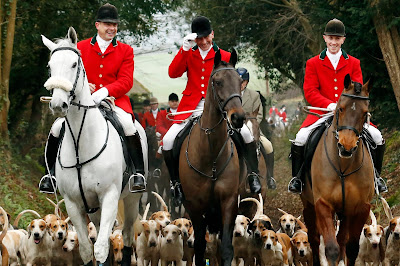 Courtesy  Metro
I say old boy shall us join in, what a jolly prank whizz ho.  After all our masters the USA Deep State  now we have lost mummy EU we do not need permission or proof ---really tosh its only a fox, there only children and women being killed in Yemen and Syria, who cares if its civil war or we get Assad out and have another Libya or Iraq or Afghanistan.  Whats for tea after the hunt.  I say smoked salmon, caviar and champers. 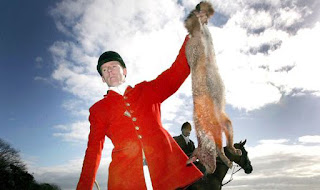 Courtesy Daily Express
I  say darling lets sell more arms to those Saudis after all we have to keep the estate up and who cares if there is an investigation into whether it is a crime or not, who do the UN and WHO think they are telling us we are causing misery by our austerity measures and three million families in poverty and face eviction and children malnourished. I say the hunt went well, we got the little blighter. 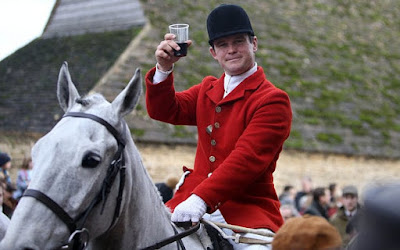 Courtesy The telegraph
Monty did you hear what Ethelbert was saying Lord Trump dropped a whopper on the caves in Afghanistan
The Mother of All Bombs.  2 mins
Moab (/ˈmoʊæb/; Moabite: 𐤌𐤀𐤁 mʾb; Arabic: مؤاب‎‎ muʾāb; Hebrew: מוֹאָב‎, Modern mo'av, Tiberian mōʾāḇ; Ancient Greek: Μωάβ Mōáb; Assyrian Mu'aba, Ma'ba, Ma'ab; Egyptian Mu'ab) is the historical name for a mountainous tract of land in Jordan. The land lies alongside much of the eastern shore of the Dead Sea. The existence of the Kingdom of Moab is attested to by numerous archaeological findings, most notably the Mesha Stele, which describes the Moabite victory over an unnamed son of King Omri of Israel.[1] The Moabite capital was Dibon. According to the Hebrew Bible, Moab was often in conflict with its Israelite neighbours to the west.(Courtesy WIKIPEDIA)  Interesting the initials line up with the above.  More on the Middle East----hisgtory often repeats itself in strange ways.

Heaven forbid that I side or in anyway like terrorists I was in Forensics when the IRA were in full swing in the UK.  I witnessed first hand the horror of torn bodies, utter carnage and families torn apart and the trauma as a clinician when I held workshops and clinics especially those thirteen years at St. James in Piccadilly.
However, I was born in Britain and is said and I believed it that the British law was fair and just.  However when Tony Blair led the campaign to war in Iraq whether he was deceived by false intelligence reports or not ----look at what the people of Iraq are going through all those years later ----true Sadam Husein was a bad man----still the people suffer.  Look at Libya ----true Colonel Qaddafi was a dictator, and lets be reminded as bad as he was the British and USA used his country for 'special rendition' (the torture of so called war terrorists) the torture of MI5  and the USA at Guatemala Bay Detention Center and so on.  Still the people of Libya suffer torn apart by power struggles whilst the West get rich on the oil spoils. 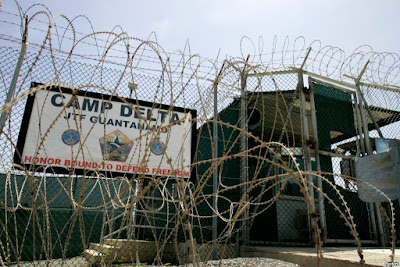 Of course to lay the blame on the USA and the UK  would be unfair, yes Syria, Turkey with the Kurds, China and Tibet, Israel and Palestine, Russia and Chechnya, Australia and the Aborigines, its just world wide. 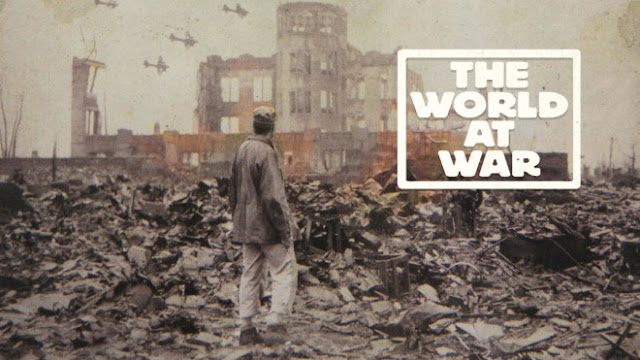 Courtesy uk tv play
THE SAD IMAGE OF WHAT WE SEE ON TV OF DEMOLISHED TOWNS, CITIES, VILLAGES WITH CHILDREN PLAYING AMONGST THE RUINS WITH POSSIBLY MINES AND ROTTING BODIES.
AT LEAST INSTEAD OF MORE BOMBING AND REGIME CHANGE HAVE THE GUTS TO INVESTIGATE THE SO CALLED CHEMICAL ATTACK IN SYRIA BECAUSE THERE IS ABSOLUTELY NO PROOF SHOWN AS IN MANY OTHER INSTANCES.

WITH CARE AND COMPASSION