Hi again.  How would you like to have world of peace and well being, every one supporting one another to achieve great works and athletic performances just for the very passion and love of it, great art and literature, longevity and kindness to nature and its inhabitants, clear weather and not just for profit and power.  People working just for the fun of it, having great joy at making clothes, growing vegetables and food for others just because they love doing it. The politics of the day ---caring, watching out for others, sharing, fun with play, films done for free and cars fueled by the banned energy of today because there in no profit in it, free energy, health problems cured by energy medicine and life long lived because the food, water, oceans and environment are pollution free.
I know some who I put this too and they said ---BORING, it can never happen.

Courtesy scocialvr
I don't actually have a image or picture in mind about Utopia, I feel it will small communities interacting with their talents and interacting with one another, a sort of weave and an organic process like nature. How this arrives is something done in quiet and meditation.
Travel the Universe with our ET cousins giving us a guided tour. Impossible some say, Geoff you are misguided and a dreamer. Possibly, its only ego maniacs who stop this happening. Believe me we have the technology.  Religion would be the recognition of the ONE SOURCE AND POWER OF CREATION, it would not have dogma, there will be no prophets, for each person would be a prophet. People say we haven't the technology, I disagree the technology I have posted these technologies, so many in back posts and the late energygrid.  Well we could have it-----its only deep entrenched mind sets and agreed ways of life over centuries that hold it back-------ARE WE  brave enough to let go, can we truly be kind, sharing co operative and benign without it being an act?  It may seem daunting and impossible, however remember that saying ' The journey of a thousand miles starts with the first step, and one step after another and do not keep looking at the finishing line.'  I would add patience, perseverance and persistence. A little quip when I asked the late Professor Colin Bates of Nottingham University what were his interests, dear Colin replied with a wry smile ' the three 'Fs';
Physics, football and fish' there you go.  Colin was a dear friend and his lovely Wife Margaret and I had the honor of staying at their home when I presented workshops and one to one healing sessions. They did have lovely aquariums, a beautiful garden and Colin and I watched lots of football and Margaret and I lots of chats.


New Law on experimentation of vaccines and drugs---no approval needed.  10.mins
Sinister to say the least.
IN CONTRAST TO THE ABOVE

Vaccines such as the MMR (measles-mumps-rubella), and especially the annual flu shot, are linked to a range of neuro-psychiatric conditions, such as obsessive-compulsive disorder (OCD), ADHD, bipolar and major depression, a new study has discovered.

Although the researchers say they can't establish a direct cause-and-effect association, the problems are happening within days and weeks after vaccination.
The researchers tracked the vaccine history of children aged between six and 15 who had been diagnosed with a neuro-psychiatric condition. They were then matched against similar children who didn't have any of the problems.
The strongest link was found in cases of anorexia, where 21 per cent of cases had had a vaccination in the six months leading up to the diagnosis, followed by OCD and nervous tics, where 16 per cent of cases had recently been vaccinated.
Although the MMR was one of the vaccines the children had been given, the problems were more likely to occur after a flu shot, a vaccine that still uses thimerosal, a mercury-based preservative. The researchers from Pennsylvania State University college of medicine say their findings are in line with those from other countries that found that people given the H1N1 flu shot were more likely to develop narcolepsy, the sleeping disorder.
They suspect that vaccines, and flu shots in particular, are affecting the immune system, which influences brain development. All the problems they were witnessing could be categorised as auto-immune disorders, they say(COURTESY WDDTY) 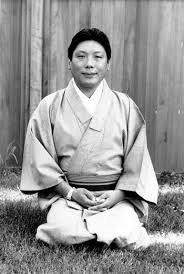 Courtesy elephant journal
CHOGYAM TRUNGPA
Despite all that has been said about Trungpa  read my Posts when I met him and how I received the 1967 writings at Samye Ling.
POST 9
"Real flowers are much more beautiful than plastic ones, in part because of their impermanence. We appreciate the seasons, the autumn and the spring, because they are a process of change. In this way, impermanence is beauty." - Chögyam Trungpa
This is your brain on terrorism. 8 mins.
http://www.justonedropfilm.com/trailer/
A new film coming out about homeopathy


The world's media announced that homeopathy was a scam after the Australia government's National Health and Medical Research Council (NHMRC) published its findings in 2015 that "there are no health conditions for which there is reliable evidence that homeopathy is effective."
But now the Commonwealth Ombudsman is investigating the review's procedures after receiving reports of inaccuracies, mishandling of evidence and conflicts of interest.
The review has been triggered by the Australian Homeopathic Association (AHA), supported by the Homeopathic Research Institute (HRI), which began questioning the review's processes after several solid studies that demonstrated homeopathy's benefits had been overlooked.
The NHMRC review team set arbitrary parameters that only studies that involved more than 150 people—and which met standards that even drug trials rarely achieve—would be considered. Those requirements reduced the number of qualifying studies to just five—from an initial pool of more than 1,800 trials—and none of these showed that homeopathy was effective.
One of the NHMRC's own reviewers produced a mysterious first report that has never been published, and hasn't been released despite Freedom of Information requests.
And the AHA has discovered that Prof Peter Brooks, chair of the NHMRC committee that carried out the homeopathy review, never declared that he was a member of the anti-homeopathy lobby group, Friends of Science in Medicine.
There are solid studies that demonstrate homeopathy is effective against childhood diarrhea, sinusitis and hay fever—but they all involve fewer than 150 people, said HRI chief executive Rachel Roberts. "The public has a right to know that there are high quality studies showing homeopathy works for some medical conditions—information that was lost only due to NHMRC's mishandling of the evidence."
The homeopaths aren't alone in challenging the NHMRC review: Australia's independent Cochrane Centre said its conclusions are not an accurate reflection of the evidence, and a second expert also said he felt "uncertain of the definitive nature of the report's conclusions."(Courtesy WDDTY)

Earlier studies had seen that the drugs increase diabetes risk—although it was only between 9 and 13 per cent—but researchers from the University of Milan have discovered it raises the risk far more.
On average the drugs increase the risk by 44 per cent, but it can be as high as 61 per cent for people taking Crestor (rosuvastatin), one of the most successful drugs in the statin family and often described as a 'super statin'.
The risk seems to increase with length of use and higher doses.
The researchers took another look at 20 studies, which involved more than 1,000 people taking a statin.
They say that there needs to be a more rigorous monitoring of statin patients, especially if they are already pre-diabetic or have risk factors for diabetes.
Type 2 diabetes can lead to heart disease and even blindness.(Courtesy WDDTY)) 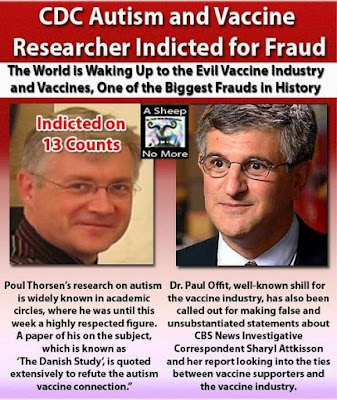 http://www.healthfreedoms.org/international-fugitive-who-faked-vaccine-research-a-true-story-of-a-cdc-criminal-conspiracy/
The truth about vaccines, 58 mins
UFO AND THE VIETNAM WAR. 7mins
President Bashar Al-Assad. 7 mins
HERE WE GO AGAIN. 2 mins
Calming music, nature and instruments. 2hrs .30 mins
A LOVELY LADY AND A HAPPY Doc Mercola on breathing.  Joe looks so much better when he laughs and it is his deep chuckle.  20 mins
BE  WELL. Geoff
THREE MORE SHACKISBACK.BLOGSPOT.COM (CO.UK ON SOME BROWSERS OR JUST SHACK)
Posted by GEOFF FREED ONLINE at 06:56