Hi again This Post will contain lots of links and bits of information regarding the last Post 320. After this I will taking a break and only come in when there is a subject related to my research and 1967 writings. I do hope you will look in occasionally to see if there is anything Posted.  shackisback.blogspot.com (co.uk on some browsers or SHACK-BlOGGER  on others or sometimes under the title of this site.  Take care and thanks a million for staying with it so far.

When asked what is the origin of these new found charged particles, and where do they come from? Dave Thompson, an astrophysicist at NASA's Goddard Space Flight Center gave us his answer. "It's a mystery, for one thing. About a third of the new sources can't be clearly linked to any of the known types of objects that produce gamma rays. We have no idea what they are. The other two-thirds have one thing in common - astounding energy."’  Courtesy Mitch Battros
Compare this with article January 2013 Post.

An article by the Daily Telegraph Science Editor  revealed the startling findings of scientists in  and .

They normally measure cosmic rays in millions of electron volts.  Over the last two years they have measured rays to the power of 320 billion, billion electron volts.  To quote the article:
“ Something out there –no-one knows what- is hurling high energy particles around the Universe, in this case the most energetic ever observed by scientists…Not even the power released by the most violent exploding stars could account for them. Indeed conventional theory says such particles should not exist…”
From Post 4 Then :-
Researchers have long known that solar activity and cosmic rays have a yin-yang relationship. As solar activity declines, cosmic rays intensify. Lately, solar activity has been very low indeed. Are cosmic rays responding? The answer is “yes.” Spaceweather.com and the students of Earth to Sky Calculus have been using helium balloons to monitor cosmic rays in the stratosphere. Their latest flight on Feb. 16th measured the highest values yet: The data show that cosmic rays in the mid-latitude stratosphere now are approximately 12% stronger than they were one year ago.
Cosmic rays, which are accelerated toward Earth by distant supernova explosions and other violent events, are an important form of space weather. They can seed clouds, trigger lightning, and penetrate commercial airplanes. Furthermore, there are studies linking cosmic rays with cardiac arrhythmias and sudden cardiac death in the general population. Among patients who have an implanted cardioverter – defibrillator (ICD), the aggregate number of life-saving shocks appears to be correlated with the number of cosmic rays reaching the ground.References: #1, #2, #3, #4.
Why do cosmic rays increase when solar activity is low? Consider the following: To reach Earth, cosmic rays have to penetrate the inner solar system. Solar storms make this more difficult. CMEs and gusts of solar wind tend to sweep aside cosmic rays, lowering the intensity of radiation around our planet. On the other hand, when solar storms subside, cosmic rays encounter less resistance; reaching Earth is a piece of cake.
Forecasters expect solar activity to drop sharply in the years ahead as the 11-year solar cycle swings toward another deep minimum. Cosmic rays are poised to increase accordingly. (At last what I have been stressing for years) Article Courtesy of spaceweather.com MOST IMPORTANT SITE spaceweather.com
I
It is my research findings that convince me that ET have and are watching Earth for several reasons; because of a possible and probable 43 extinction ( there will be some survivors) Humans do not split the Earth(there are weapons that can do this now) That the next step of evolution is allowed flourish(although it may be delayed) ET could force humans to change by threat, they respect free will and this gift given by Creation, however they would prefer we do it willingly and not begrudgingly. They will interfere if needed to save the planet and not humans. They do not channel information to psychics, they give information directly to whom they deem to select. 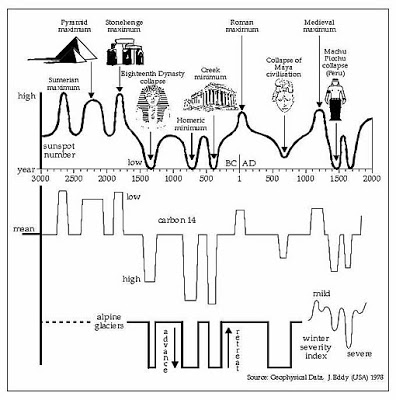 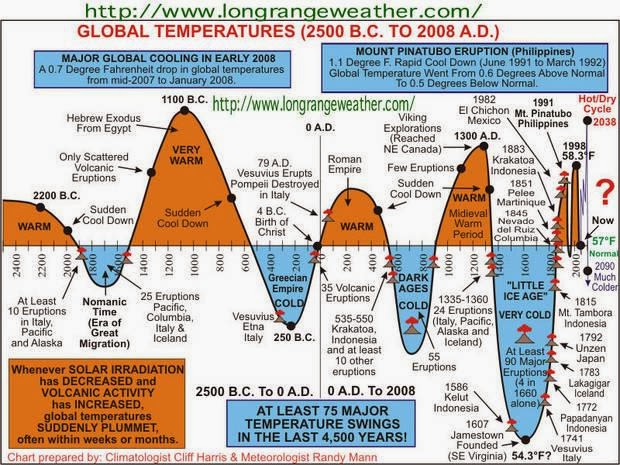 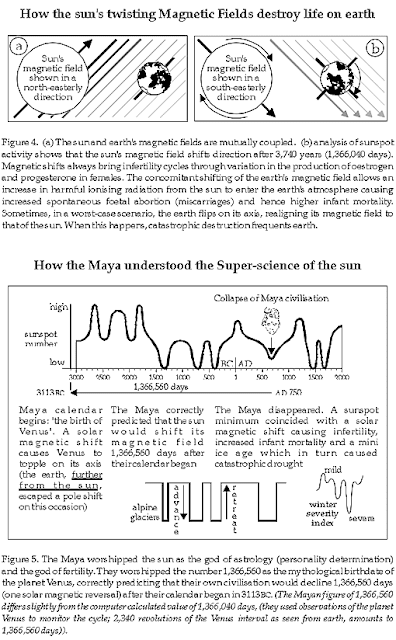 http://www.geofffreed.com/2017/05/post-317-b-follow-on-from-a.html  Weather sensitivity and letter to head of NASA

Posted by GEOFF FREED ONLINE at 02:54