Hello folks I have been taking a rest and doing other things and I trust and hope you are well and thriving  I am continuing to do the odd POST when something arrives that supports my early theories and 1967 writings. (I  am preparing a follow up with some links and articles----hopefully in a few days)

In the 1970's when I first started talking and writing about the 1967 writings and then in 2005 www.energygrid.com now not in publication and I continued with them until 2013 and have the archives from those days in http://geofffreedarchive.blogspot.co.uk which has more information on this subject from those early days.

http://www.bbc.co.uk/nature/extinction_events  This article is one of many now appearing. Some are saying we had five and six mass extinctions, my view is four.

I have repeated many times; the Earth's magnetic Poles, The Sun's magnetic intensity, the rise and fall of civilisations due the cyclic events over  the 700,000 cycle within this cycle 24,000, 12,000 and 5000 cycles prevail and when they culminate in the lowest 5000 year one they have completed a cycle which starts off the the 7000,000 year one. In these cycles various signs predominate; magnetic pole shift on Earth ( happening now) planets in solar system get climate change as well as we do, magnetosphere and Schumann Resonances change, ice drilling's at poles show this and so much more.  All those years as above I have been collating and blogging and Posting, along with workshops, lectures and articles.  Where does carbon stuff and our pollution come on this, do you mean to say they had carbons and pollution; cars, aeroplanes and belching factory fumes. I wonder what Fred Flintstone would say about this? 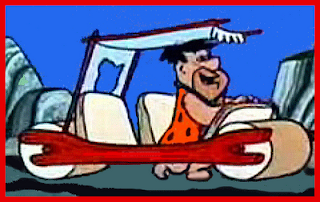 Courtesy remigiosol.wordprees.com
The main point I emphasise is that not only is their climate and various other factors but a new species or rather reconfiguration of the human form takes place; from tracing these ages compare the human form, the last few from Homo Erectus to Homo Sapien and now to Homo Spiritlana(Energetica). It is a fact that we do contribute to the natural cycle by 6% and could tip over before its time and upset natures rhythm and coordinates with blueprints, however please consider;
http://www.businessinsider.com/nasa-scientists-dispute-climate-change-2012-4 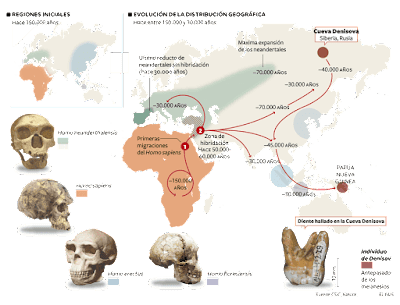 Courtesy  filosfiaencolmenarejo.wordpress.com
The next main point and the '1967' writings were primarily concerned about was survival, not so much as a race but as an evolved being. Here the ascension theme comes in; there are evolutionary energies which are not supported by main stream science that are encoded in Gamma Rays and other Cosmic Rays which signal or trigger, or flip a switch in our and every Earthly beings in Nature DNA  and there has to be a clearing of the old patterns a kind of mass detox and that this can be facilitated for the human form by meditation and attunement to these fine energies. There are certain detox signs and ways to help one go through these and if there is wipe out, the new codings will enable the 'Aquarian Light Body being' to survive if not here then some place else.

There are those on Earth who would thwart this because their positions of power would no longer be viable and they would rather destroy the Earth by pollution by various means than let the natural cycle do its work. 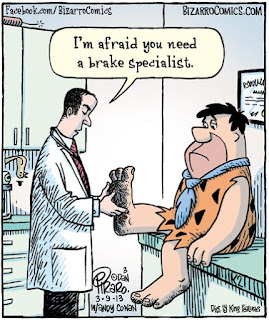 Courtesy common sense evaluation
All of this can be found in more detail in the archives. Some of the you tube, graphs and article have been taken down either by licence expiration, out of date or because they were too sensitive and nowadays considered fake news, politically inept or because various self appointed fake judges feel they are above us all and become our masters and stifle free speech, these are either bribed, threatened or just plain arrogant.

One can also see relevant information on this subject in this site as well. Use search bars and you want certain information e-mail me and I'll search for you in the archives or this site. I have to tell you if you want to get the full story you will have to plough through the Archives and this Site.

I appreciate this may offend religious, political scientific and academic mainstream  and independent thinkers, I apologise but still hold my view and research. I do not back this up with my degrees as they are separate to these issues.  In fact I have no degree on this subject it is entirely my research and take on these issues, so Mr Skeptic it is no use haranguing and harassing me for it is my view as it is your view and surely we are big and broad enough to make it stand ----------how many new thinkers and scientists have been put down only to be proved right because the pompous know alls could not take their egos put out.


So to all of you

Will do these occasionally.

Earth faces "biological annihilation" as species decline, scientists warn(there are graphs and pictures in article----note the bit humans are to blame--what millions of years back!!!?)
6/26


Shanika Gunaratna6 hrs ago
Over the last half-billion years, scientists say there have been five mass extinction events on Earth in which a wide diversity of species on this planet suddenly died off. Now, there's growing evidence that a sixth mass extinction is unfolding, according to scientists who track species around the globe. In a new study, researchers say the current mass extinction is even "more severe than perceived" and amounts to "biological annihilation" affecting thousands of species.
In the study, published Monday in the journal Proceedings of the National Academy of Sciences, researchers from Stanford University and the National Autonomous University of Mexico unveiled a granular look at population trends among 27,600 species of birds, amphibians, mammals, and reptiles — half of the world's known terrestrial vertebrates — including detailed analysis of 177 species of mammals.
Video: Scientists Can't Agree If We're Really In A Mass Extinction (Newsy)

The results are grim: researchers found an "extremely high degree of population decay" among vertebrates, even in species considered at low risk of extinction. In general, they found that the world's temperate regions are losing species at equal or even higher rates than the tropics.
"Earth is experiencing a huge episode of population declines and extirpations" — when a species ceases to exist in a particular location — "which will have negative cascading consequences on ecosystem functioning and services vital to sustaining civilization," the researchers wrote.
"We describe this as a 'biological annihilation' to highlight the current magnitude of Earth's ongoing sixth major extinction event."
Pushed to the brink


Dividing the world's land masses into a grid of 22,000 sections measuring 10,000-square-kilometers (about 3,860 square miles) each, the researchers tracked species declines and painted a stark picture of populations being pushed to their limits.

For instance: lions have historically occupied roughly 2,000 of the 10,000-square-kilometer cells across several continents, but now occupy little more than 600 cells in sub-Saharan Africa and India. In south and southeast Asia, all the large-bodied mammals analyzed have lost more than 80 percent of their geographic ranges.
Looking through the lens of local populations extinctions (the precursor to irreversible species extinctions), the researchers conclude that "Earth's sixth mass extinction episode has proceeded further than most assume."
Senior conservation scientist Robin Naidoo of the World Wildlife Fund said the study "makes a point that's sometimes missed" by concentrating on the long, complex path that precedes species extinction, from declining populations to decreasing range. Even if it's far from extinction, a species in decline can cause "cascading effects on vegetation and habitat" in ecological networks that depend on balance between animals, plants and microorganisms, Naidoo told CBS News.
Conservation groups like the International Union for Conservation of Nature categorize species across the spectrum of extinction risk, from "least concern," to "near threatened," "vulnerable," "endangered," "critically endangered," "extinct in the wild," and eventually "extinct."
"This paper makes the point that it's not just about extinction — it's about declines in populations. A species doesn't have to go extinct for a variety of negative effects to be felt," Naidoo said.
These negative effects can directly impact humans in many ways. In fishing communities, fish so scarce they're considered "commercially extinct" can destroy local economies. In , elephant declines due to poaching cost local economies $25 million per year in lost tourism revenue, according to a recent study from the World Wildlife Fund.
Humans are to blame
Earth's previous mass extinctions were often associated with sudden, cataclysmic natural events: abrupt changes in climate, massive volcanic eruptions, giant meteor strikes (like the one that wiped out the dinosaurs approximately 66 million years ago).
The current mass extinction stands apart because it's largely caused by humans, researchers say. From pollution to deforestation, overpopulation, poaching, warming oceans, and extreme weather events tied to global warming, human activity is the primary fuel behind this new era of irreversible species loss.
Humans are leaving the world "a much, much poorer place," Elizabeth Kolbert, author of "The Sixth Extinction" and a staff writer for the New Yorker, told CBS News. In her Pulitzer Prize-winning book, Kolbert argues that depleting the planet's biodiversity looks likely to be humankind's most lasting legacy.
Though periodic extinctions have long played a role in life on Earth, the current scope and rate of extinctions is anything but normal. The Earth has lost 200 species of vertebrates in the past 100 years alone, the researchers behind the new study noted. If the trends of the past two million years had held up, those losses should have unfolded gradually over 10,000 years rather than a single century.
"An extinction should be something that's very unusual," Kolbert said. "When you can identify lots of species that have gone extinct or are on the verge of extinction, that's actually a very unusual time in the Earth's history and a very dangerous one."
This steady stream of species loss, about two extinctions per year, hardly makes a blip on the public's radar. In many cases, that's because the losses are obscure: recent extinctions include 's Catarina pupfish or the pipistrelle bat, hardly household names.
Stories about these individual extinctions often fail to convey the magnitude and urgency of the larger context: that for only the sixth time in history of the planet, the Earth's biodiversity appears to be coming apart at the seams.
"I really do think — and this study underscores that — that this is the big issue of our time," Kolbert said. "I mean literally right now and for the next many, many centuries, decades, perhaps millennia."
I AM PREPARING A FEW ARTICLES AND LINKS THAT WILL ASSIST IN THE RESEARCH AS ABOVE---HOPEFULLY BE OUT IN A FEW DAYS

Posted by GEOFF FREED ONLINE at 03:31