Hello again and a tremendous welcome.  We are living in extraordinary times. Wars, economical strife for the many, massive wealth for many whilst homelessness and poverty austerity and human rights decline stalk a large number of the populace.  Terrible and vicious terrorist attacks, governments in denial over supplying weaponry to the very factions that they say are causing the strife and a moral decline by politicians who make mammon and worship the God Profit.

However my brief so to speak is about energy, the shift to the next step in evolution and is there a link between the unrests as above, the weather and the Sun.

We are energy beings vibrating with sixty trillion atoms all 'shaking and rocking' millions  and millions of interacting wave frequencies, standing and interference patterns and if you look into holograms you may very well feel and think we are but holograms, the Universe a large hologram and if you cut a hologram in bits you get a picture of the whole in miniature and somewhat hazy if it is very small. So energy in my view is vibrations which causes waves.
Great
5 Minutes of sound on water.
Having seen the above two videos it is only a short step in imagination to see what this can do to your cells and remember we are 80% made up of water and in the womb with amniotic fluid, so what must WI-FI, cell / mobile phones, computers, TV and all the loud non natural sounds do to us in the long run along with blaring music and constant 'voices in the head and the internal unconscious dialogue that runs us by habit'.
http://articles.mercola.com/sites/articles/archive/2017/09/09/smart-meters-health-effects.aspx?utm_source=dnl&utm_medium=email&utm_content=arhttps://


Here I would urge you to look at the link above and the video underneath as if we are not under enough surveillance already;

This is vital and is about Smart Meters

Please have in mind we are energy vibrating beings, we broadcast and we receive vibrations, which ones do you want to 'rock your boat, what waves do you want to make patterns in your water and see your cells and atoms dance too'?


Although the flare was the largest so far in the current 11-year-solar cycle, NASA reassured people that the harmful radiation from a flare cannot pass through Earth’s atmosphere to physically affect humans on the ground.
But it can disturb the atmosphere in the layer where GPS and communications signals travel, something that NASA said was felt as a high-frequency radio blackout, that lasted for about an hour on Wednesday. (09-09-17) In a National News Item.  This was about the massive solar flares over those days.


Then look up the link above and see the three columns of radio, solar and magnetic and only do they mention the effects on biology such as high flying migratory birds, astronauts and passengers and pilots in aircraft.


Then look at the link above and you will have seen the effects laid out by these researchers look at the archive top right for the date 09-09-17, you will have seen as I have mentioned them many times and if you scroll right down their articles you will see they are constantly reminding you of the effects and affects of gamma rays see their three ### and read. Its really worth it and can explain on certain days why  some heart attacks and so on can happen.

Then please look at the following POSTS 292, 317, 317 A, B, C. NOTE please that in POST 317 B in particular it shows the effects of Geomagnetic Storms and how the Russians protect vulnerable people from them by magnets and how so many people are weather sensitive. These POSTS ARE VITAL to survival also there is the famous letter written to NASA by the 49 engineers, technicians and astronauts re climate change.

The next step in evolution in my view and of course by now you know is to the human being transformed over a given time scale which is not rigidly fixed but calculated on the rate of frequencies of gamma rays, Sun signals of DNA coding see last Post in Part 7, and a rough estimate in dates as the last POST and the birth of this new era probably began 24,000 years or so ago.

The process is called by many names, the ascension process, the next step in evolution, the shift, the tipping point, religiously some see it as the return of the various Messiahs depending on your religion or cult, I have blogged on the various ones who have come and gone.  I feel the Messianic coming will be a mass energy upgrade and reconfiguration named by some 'The New Age Aquarian' 'The new Light Body' My one is the New Transformed Aquarian Light body or Homo Energetica or Spiritulana '  I have blogged about the changes that can be seen and so on.  It is all about raised vibrations an analogy; ice-water-steam-vapour-source, all applied heat and electron expanding and so on. So basically Homo Energetica will be more light filled and the brain more binaural and so we may look more glowing, we may remain at the height we are or shorter or taller, certainly unisex and androgynous.
All according to our genetic DNA imprint from Source. 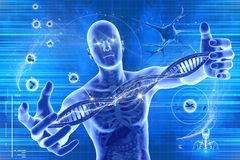 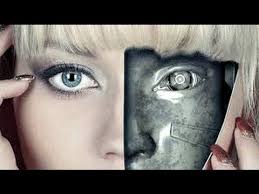 Courtesy YouTube
Here we come to choice do you want the light body not very well portrayed, I did not want choose an over glamorized light being or a part cyborg or implanted being? The tranhumanists and mechanistics or the natural and evolutionary as in the last POST.

Courtesy AZ Quotes
May I say that I knew Eckhart when he lived in London and I knew him as Ulrich and I blogged the events. Dear Eckhart I admire and respect him deeply, however I feel we will make the next step in evolution whether we are taught a formidable lesson and wake up, but the Universe will persevere come hell or high water it will arrive. The mammoth had came naturally to the elephant. 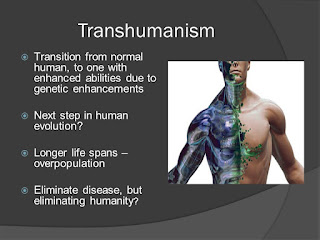 Courtesy slide player
I feel and subscribe that humans will have the same powers and gifts and do not have to have mechanical, electronic and enhanced scientific means to achieve this. MIND YOU I am grateful for surgeons who save life, give artificial hips and knees and so on, there is also proof being suppressed and denied that certain 'powers and health' can be achieved naturally if given the correct pure food, water and information.  See breakthroughs in the beliefs about genetics; Dr Bruce Lipton's book The Biology Of Belief, The Molecules of Emotion by Dr Candice Pert, the exciting breakthroughs in neuro science that is neuroplasticity and the amazing placebo and experiments with that also 'the Swedish Gym experiment with people in a gym and people doing the same time in visualization achieving the same results' I have blogged extensively on this. 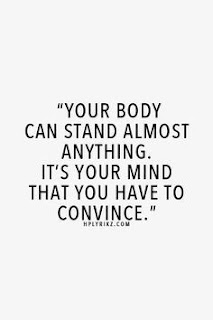 Courtesy workout trends
So it is a matter of mind over matter (excuse pun) of which I have had a battle with all my life, with the exception of a few small achievements. I blogged on my Sensei's and Sifu's amazing demonstrations way back.  The mechanical implants versus mind healing and growth, if we believe enough it can be done.  I wish I could shake my own doubts and beliefs that lay deep in my unconscious and dissolve them, the few times that an unconscious deep belief surfaced and I faced it and it dissolved I was able to move on in my life and just received a more peaceful mind and I did not want a material miracle, a mind at peace is enough for me.

I appreciate how difficult it is to deeply and significantly empty the hardrive of impacted deep rooted brainwashed, programmed beliefs that make up our reality based on just ideas and frightening it is to suddenly wake up to the fact all 'I am' is a bunch of ideas or just one idea to who I am or supposed to be, heaven knows Iv'e blogged on this and written SHACK on this.
So realising that my stuff is  unconscious buried ideas taken in from parents, friends, family, culture, religion, politics, media, life experiences I decided because of  the suffering and my NDE that who am I really, and to find  a way and for me it was meditation (not imagery, visualization, mantra, yantra, self growth only doing Yoga, Pilate's, Tai chi, Judo, Kung Fu, Aikido, Kendo, Qi Gong, diet affirmations, hypnosis, mind control) that I began to take off the block, undo the latch, begin to crack open the vault where the coffins of my dead thoughts were trying gain life through me. So dear Buddha the only control that fits me is watching without bias, attention without intention, looking without judgment, opinion without holding it and I feel control is an inaccurate word from the translation, it is certainly true for me that the uncontrolled mind does rule one, but suppression merely makes it go underground and fester and become part of the vault. 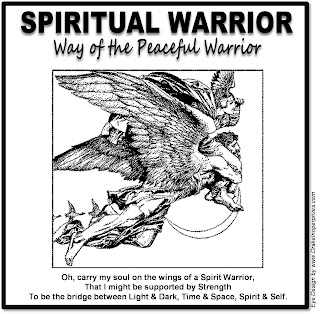 Courtesy Google images
So dear readers where do we go from here?  Your choice of course is your choice or is it? Can we go on a group journey? Who taught me to be in the religion I am, what would it be like if I had no religion? Does it mean I cannot have social and harmonious principles without religion.  Who taught me politics? What if we had just harmony and respect for everything everywhere. Who taught me that fame, money and power and success are the only worthwhile achievements?  Who taught you that the media were the only true news? Who said to you that you must be successful otherwise you are a waste of space and a failure, who took away you self confidence or gave you a massive ego boost? Keep questioning. I found that I was a conditioned organic robot and my teachers would not let me follow them, I have always trod the lone path of the spiritual warrior and am coming to the notion of the bare and naked mind, a clear mind, bright and pure with compassion and a natural love for all and everything that is natural and sincere.  Maybe I will not achieve this in this lifetime but I'll give it my best shot.

Its all a matter of vibrations and remember vibrations can shake loose the tightest knots and blockages and meditation can raise the vibrations because the trapped debris once dissolved releases the energy that once held it in.

Posted by GEOFF FREED ONLINE at 13:48