Hello and welcome. Trusting that you are well and enjoying life.  Here in the UK it is cold, snow and grey. However those who are homeless and living in camps are very sad and lonely and probably feel what is life about and it disturbs me that I can support these dear folks in small ways. I am so well off with a small pension a very small home and I have to budget yet I am well off and cannot grumble even though the mad politicians kill by supporting arms deals and stir up hatred through the media with most journalists turning out the political story that their government paymasters dictate to them, often no investigative follow up on a story, and if they dare cross their masters line they are banished, sacked and threatened.  Very few would brave these elite dictators.  It would be a sacrifice of morals and courage to go along with these dark evil monsters few would be willing to take the risk.
http://www.rense.com/general20/fo.htm
I did say I would do a round up of the UFO story but now the Kennedy papers have been released you will see that this tantamount to disclosure so just a brief smattering below. 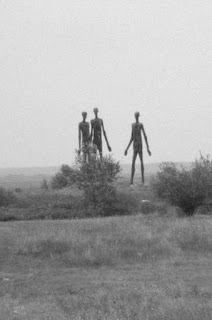 Courtesy Pinterest One of the races on Earth and visiting.  The Tall Whites. 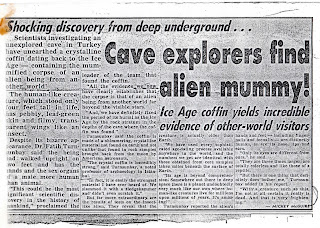 One of the earlist articles I came across and verifies 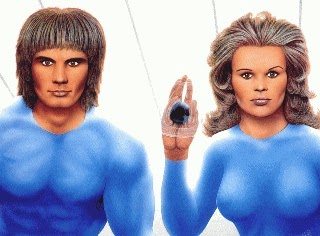 You know there is so much I have written about ET/ and UFO I feel a lot more I would be only labouring the point.  If one should be so bold as to go through all my blogs and Posts then you would see the extent of the subject and so on.

A great 40 mins of fact with celebrities from the Government.
This subject is huge I have emailed the above academy because I would refer you to;

US military has crafts which reach Moon in 90 min and we went   (If the truth were known.

In all my UFO workshops and in private talks I was often asked 'did we go to the Moon'?  My answer has always been ' Yes but not how they said we did'.  I have stated that they went by the craft as mentioned above, only difference they got there in  3 minutes 77 seconds.  Now it can be done in moments.  See Ben Reich statements:- 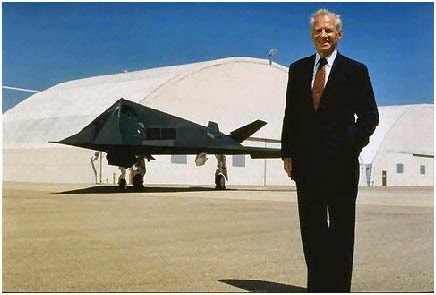 
Ben Rich Lockheed Skunk Works director had admitted in his Deathbed Confession that Extraterrestrial UFO visitors are real and the U.S. Military travel among stars.

] - Ben Rich, the “Father of the Stealth Fighter-Bomber” and former head of Lockheed Skunk Works,had once let out information about Extraterrestrial UFO Visitors Are Real And U.S. Military Travel To Stars


What he said might be new to many people today, but he revealed the information before his death in January 1995. His statements helped to give credence to reports that the U.S. military has been flying vehicles that mimic alien craft.
The article was written by Tom Keller, an aerospace engineer who has worked as a computer systems analyst for NASA’s Jet Propulsion Laboratory.
1 : “Inside the Skunk Works (Lockheed’s secret research and development entity

), we were a small, intensely cohesive group consisting of about fifty veteran engineers and designers and a hundred or so expert machinists and shop workers. Our forte was building technologically advanced airplanes of small number and of high class for highly secret missions.”
2 : “We already have the means to travel among the stars, but these technologies are locked up in black projects, and it would take an act of God to ever get them out to benefit humanity. Anything you can imagine, we already know how to do.”
3 : “We now have the technology to take ET home. No, it won’t take someone’s lifetime to do it. There is an error in the equations. We know what it is. We now have the capability to travel to the stars. First, you have to understand that we will not get to the stars using chemical propulsion. Second, we have to devise a new propulsion technology. What we have to do is find out where Einstein went wrong.”


4 : When Rich was asked how UFO propulsion worked, he said, “Let me ask you. How does ESP work?” The questioner responded with, “All points in time and space are connected?” Rich then said, “That’s how it works!”

McDonald said: “Well Hal, you asked for it! Now that legendary Lockheed engineer and chief model kit designer for the Testor Corporation, John Andrews, is dead, I can announce that he personally confirmed the design connection between the Roswell Spacecraft and the Lockheed Martin Unmanned Combat Air Vehicles (UCAVs), spyplanes, Joint Strike Fighters, and Space Shuttles.


Andrews was a close personal friend of "Skunk Works" director Ben Rich -- the hand-picked successor of Skunk Works founder Kelly Johnson and the man famous for the F-117 Nighthawk "Stealth" fighter, its "half-pint" prototype the "HAVE BLUE", and the top-secret F-19 Stealth Interceptor. Before Rich died of cancer, Andrews took my questions to him.
Dr. Ben R. Rich former Lockheed Skunk Works director confirmed:
1. There are 2 types of UFOs -- the ones we build and ones 'they' build. We learned from both crash retrievals and actual "hand-me-downs." The Government knew and until 1969 took an active hand in the administration of that information. After a 1969 Nixon "purge", administration was handled by an international board of directors in the private sector…2. Nearly all "biomorphic" aerospace designs were inspired by the Roswell spacecraft -- from Kelly's SR-71 Blackbird onward to today's drones, UCAVs, and aerospace craft…3. It was Ben Rich's opinion that the public should not be told [about UFOs and extraterrestrials] . He believed they could not handle the truth -- ever. Only in the last months of his decline did he begin to feel that the "international corporate board of directors" dealing with the "Subject" could represent a bigger problem to citizens' personal freedoms under the United States Constitution than the presence of off-world visitors themselves.”
Lindemann added that “Bill McDonald received the above information from Andrews from 1994 until their last phone call near Christmas in 1998.” Lindemann also noted “It should also be known that Dr. Ben R. Rich attended a public aerospace designers and engineers conference in 1993 before his illness overwhelmed him in which he stated -- in the presence of MUFON Orange County Section Director Jan Harzan and many others that – ‘We’ (i.e., the U.S. aerospace community/military industrial complex) had in it's possession the technology to "take us to the stars".
See the complete letter in May, 2010 MUFON UFO Journal from John Andrews and the hand written reply from Dr. Ben Rich. Hear more revealing testimony from Disclosure Project whistleblowers. NASA can not deny secrets discovered by UK hacker Gary McKinnon and many astronauts if it expects full funding from the Obama White House administration.
Lockheed Skunkworks Engineer USAF, and CIA Contractor Admitted : UFO Are Real 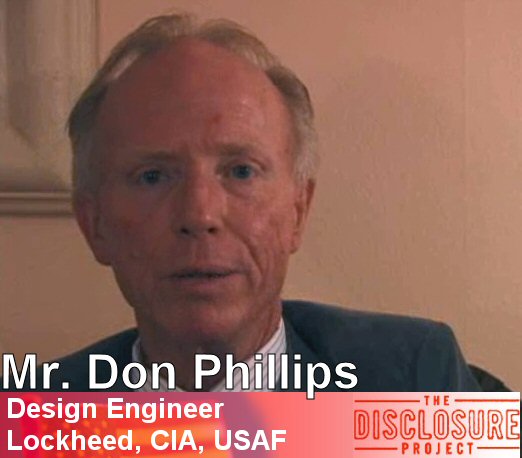 Don Phillips, "These UFOs were huge and they would just come to a stop and do a 60 degree, 45 degree, 10 degree turn, and then immediately reverse this action". During the Apollo landing, Neil Armstrong says, "They're here.They are right over there and looking at the size of those ships., it is obvious they dont like us being here”. When I was working with the Skunkworks with Kelly Johnson, we signed an agreement with the government to keep very quiet about this.
Anti-gravitational research was going on. We know that there were some captured craft from 1947 in Roswell, they were real. And, yes, we really did get some technology from them. And, yes, we really did put it to work. We knew each other from what we call an unseen industry. We can term it black, deep black, or hidden.
The knowledge I have of these technologies came from the craft that were captured here. I didn`t see the craft, nor did I see the bodies, but I certainly know some of the people that did. There was no question that there were beings from outside the planet.
And if alien were hostile, with their weaponry they could have destroyed us a long time ago .We got these things that are handhold scanners that scan the body and determine what the condition is. We can also treat from the same scanner.
I can tell you personally that we've been working on them. And we have ones that can diagnose and cure cancer. One of the purposes I had for founding my technology corporation in 1998 was to bring forth these technologies that can clean the air and can help get rid of the toxins, and help reduce the need for so much fossil fuel. Yes, it is time. I can tell you personally that it has already started. pp. 375 ,383.

I am surprised that the present the Last head of skunk works did not know of this or was the above by Ben Rich and Don Phillips not accurate, I will wait for an answer.
http://geofffreedarchive.blogspot.co.uk/2005/05/
I still stand by the above link.

UNTIL THE NEXT TIME. 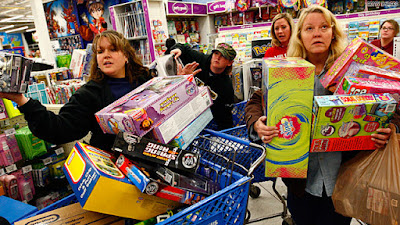 julie lomoe's hope dawns eternal.wordpress.com
The week before Christmas the large store heaving with people, indeed Christmas eve, crashing metal baskets or even plastic ones, no apologies, one women wide eyed, frantic, ploughing her way through the isles, literally pushing people aside to get to the last gateaux, looking lonely and forlorn and yet majestic with all its icing and accoutrements, many frantic in the race to get to the pastry counter before her.

This lady usually dignified quiet and apologetic but this was a matter of do or die, this prize CAKE IS MINE-----at all costs.

Speaking to the bus driver, drawing deeply on his cigarette, smoke flowing from his mouth mixed with the frosty air, looking perplexed at the rushing passengers heading towards his bus, laden full to the brim, he recounts a tale of the 'dreaded week before Christmas', perplexed he tells of the road rage and cyclists knocked off their motor cycles and pedal bikes by large expensive cars and demonic drivers rushing home with the turkey and the back seats and boots full with shopping and presents, some with Christmas trees protruding from the windows.

The God of Mammon and the Deity of Materialism have their days of worship and devotion, the Golden Calf resurrected, and the ego to have the most resplendent party, to get stuffed with food with alcohol and indigestion, the TV on watching the regurgitated oldies and then feeling drowsy and feeling they must keep awake for the Queen's speech not really taken in, whilst the Ghost and Spirit of Christmas waits to be greeted and the homeless shivering in the cold go unnoticed and a war torn planetary carnage are still in full cry.

SHACK
SHACK IS ONE OF MY NICKNAMES
Posted by GEOFF FREED ONLINE at 09:15