Hi folks trust all is fine and dandy. This Post could be' I'll be blessed or would you believe it'.

Airport Full Body Scan Status Report
Finally, some useful facts are coming out about all of those airport full body scans!
FULL BODY SCANS AT AIRPORTS
A meal without wine is called Breakfast
Well how about that then?

from link below. 1 MIN
https://www.sciencealert.com/watch-this-is-how-birds-use-quantum-mechanics-to-navigate

Quantum Robin 3 mins
Life and Quantum 16 mins
Do humans have compass in their nose?
Asked by Lee Staniforth of Manchester, UK
Some years ago scientists at CALTECH (California Institute of Technology in Pasadena) discovered that humans possess a tiny, shiny crystal of magnetite in the ethmoid bone, located between your eyes, just behind the nose.
Magnetite is a magnetic mineral also possessed by homing pigeons, migratory salmon, dolphins, honeybees, and bats. Indeed, some bacteria even contain strands of magnetite that function, according to Dr Charles Walcott of the Cornell Laboratory of Ornithology in Ithaca, New York, "as tiny compass needles, allowing them [the bacteria] to orient themselves in the earth's magnetic field and swim down to their happy home in the mud".
It seems that magnetite helps direction finding in animals and helps migratory species migrate successfully by allowing them to draw upon the earth's magnetic fields. But scientists are not sure how they do this.
In any case, when it comes to humans, according to some experts, magnetite makes the ethmoid bone sensitive to the earth's magnetic field and helps your sense of direction.
Some, such as Dr Dennis J Walmsley and W Epps from the Department of Human Geography of the Australian National University in Canberra writing in Perceptual and Motor Skills as far back as in 1987, have even suggested that this "compass" was helpful in human evolution as it made migration and hunting easier.
Following this fascinating factoid, science journalist Marc McCutcheon entitled a book The Compass in Your Nose and Other Astonishing Facts.
Stephen Juan, Ph.D. is an anthropologist at the University of Sydney. Email your Odd Body questions to [email protected]corrections
Having worked with sensitives and some Shamans I feel we have lost the ability that the ethmoid process affords us.  Some people have this in various ways.  By being still and letting thought quieten down and practising meditation we may be able to reactivate our innate senses of intuition, directional and navigational faculties. With all the cacophony of traffic, electronic fog, pollution, loud music, people shouting, arousal of lust and predatory coveting and so on maybe we have lost much of the natural abilities that our animal, reptile, bird and ocean cousins have. 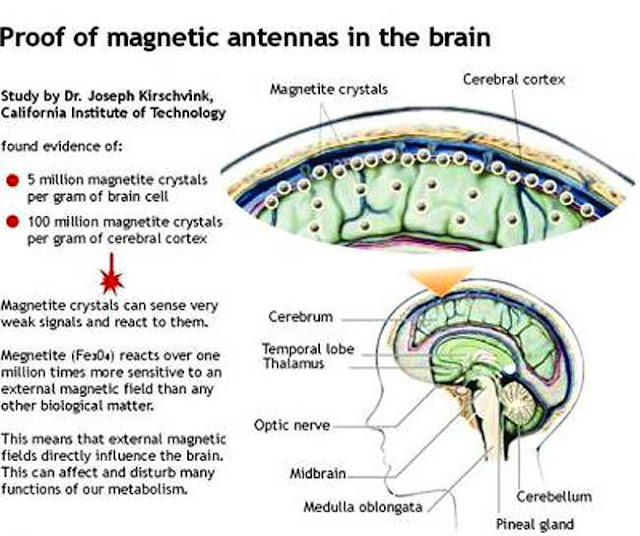 During my research into the shift, the ascension process, the next step in evolution, Homo Energetica / Spiritulana, I came across a Cambridge Professor I think his name was Bull and at a Forensics inquiry in which he came to assist in the case of a murdered boy buried in a shallow grave he told us as an aside issue that fossils and bacteria were magnetically affected and that some very ancient fossils discovered could show that the magnetic poles had changed and flipped.
All of this has relevance to the Posts from 320 onwards.

By the way five more www.shackisback.blogspot.com have been Posted

Best wishes and be well.