Hello folks this was a scheme by a branch of the UN 34 years ago and I was nearly 46 years young.  It was accepted by some countries whilst showing your own original passport, then it was not supported anywhere as people tried to illegally get into countries and there were stricter border controls then.
I like the idea symbolically unfortunately the one world 'idea' has now taken on a vastly and sinister meaning.
I hold the one world idea as a cherished wish and perhaps one day it may come about when the human race and particularly myself learn to be a compassionate caring sharing human being /s.
ONE CARD TO RULE THEM ALL(Video taken from Forbidden Knowledge TV--many thanks)
When Planetary Initiative was formed in 1984 it was a great intention and was not so high tech as the above video. I wondered if 1984 was a deliberate start date or was it coincidental with George Orwell's 1984 and Big Brother is watching you.  Now of course he is. Maybe in 1984 the Deep State world wise was up to their shenanigans then? 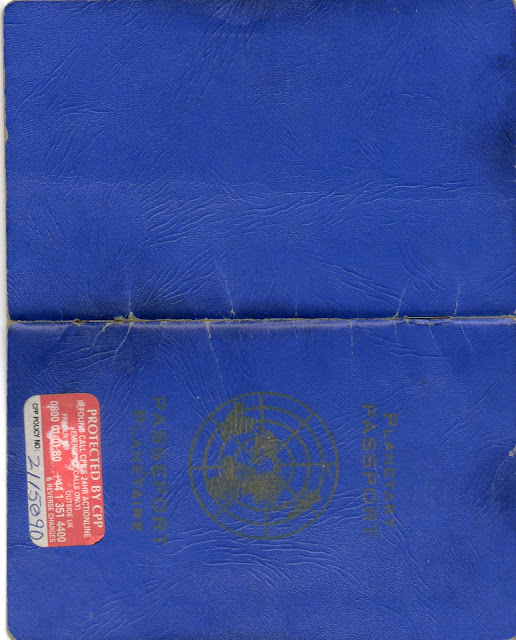 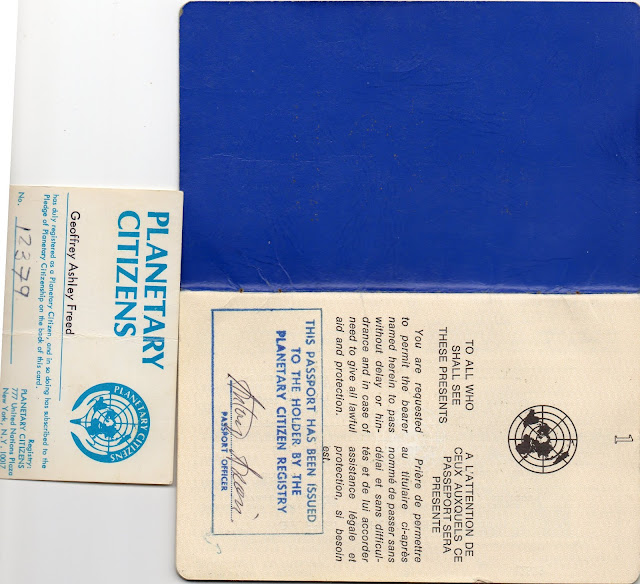 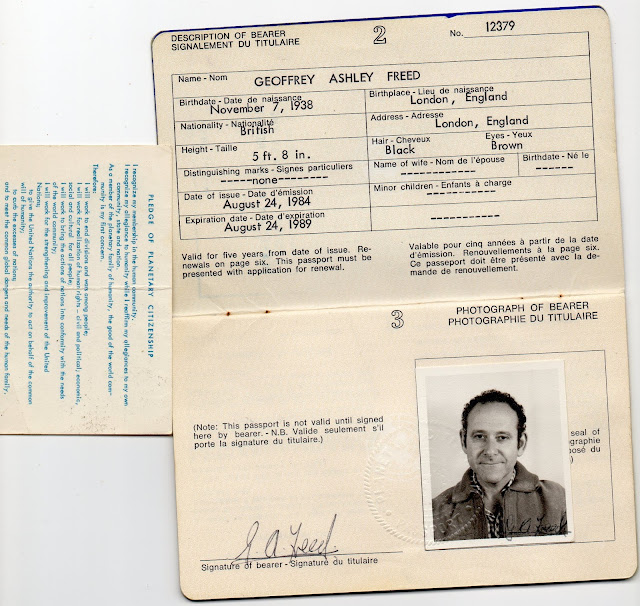 One was expected to try to abide by the condition's in the small card on the left.
Please be aware of anyone trying to sell you the idea of a one world government, it will be slavery and imprisonment of mind, body and soul.
TAKE CARE
BYE FOR NOW
BE WELL Geoff
ADDENDUM
There has been another nerve agent poisoning in Salisbury and another Russia Gate attack in the press. I am very suspicious and as an ex Forensic Technician  and the way I set out my store on the last one's four months back I feel that is a smoke screen over Brexit and the dismal negotiations especially over the fishing rights today and the fact the UK government are being urged to let up on Russia especially as the World Cup experiences and lack of crowd trouble are really fine, the only trouble makers were British so called fans and they failed to cause havoc. Plus the fact that if the UK team win on Saturday they could face Russia. Remember Mr Trump wants to meet Mr Putin and Trump's visit to the UK and Scotland.
May I remind regulars of the flawed so called Novi nerve agent and the the huge discrepancies in the investigation--- a disgusting breach of investigation and silencing of witnesses. The UK's false flag is full of holes.

I CAN ASSURE YOU THAT IF THE TWO ATTACKS WERE A NOVI TYPE NERVE AGENT, THE RECIPIENTS WOULD BE DEAD IN A MATTER OF MINUTES. SO WHO DID A 'BAD' JOB AND THERE ARE SOME HEROIN DERIVATIVES DONE BY SOME CLEVER MAFIA CHEMISTS WITH NOVI TYPE SYMPTOMS.  WILL WE EVER BE TOLD THE TRUTH, EVEN THE RUSSIANS CANNOT GET HOLD OF THE ORIGINAL SUBSTANCE AND THEY WERE ACCUSED OF THE CRIME. BY THE WAY UP UNTIL RECENTLY ONE COULD BUY A BOOK ON AMAZON ON HOW TO MAKE A NOVI TYPE AGENT--SURPRISE, SURPRISE ITS BEEN REMOVED.
Posted by GEOFF FREED ONLINE at 11:05