Hey Folks Several things I would like to gripe about in this short special; The 5G roll out and in the UK then Prime Minister Tony Blair ordered the Tetra Masts and frequencies which have similarities. 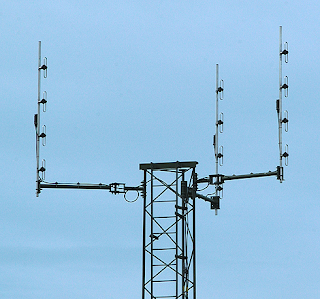 http://www.tetrawatch.net/tetra/health.php
This is a very good link and covers extensively  many of the issues that could well be applicable to 5G.
1st 5 G Roll Out---Brain damage to Fireman

I know that when I was in the police force at first as a maintenance electrician and then onto forensics I met many a police officer who suffered similar symptoms as the fireman in the 5G. Blair had a choice of a more expensive network with a slightly different frequency but of course we the public are mere cannon fodder to the industrial military complex which the late President Eisenhower warned the world about and and the ET made him and Truman  aware about and Kennedy lost his life over and now the Reagan saga below, its strange how history repeats itself. If you have the time and patience and you want to spend many hours you can go to www.darkjournalist.com

Dark Journalist Daniel Liszt presents the groundbreaking X-SERIES that follows the X Steganography through the history of Political Secret Societies and Covert Intel groups coordinating in a Stealth fashion the Secret work of the Mystery Schools' X Technology, Psychic Programs and Alchemy.
There are hours of this series but if you are a really interested and serious this is the finest in depth critique in my view there is, my estimate if you go back to the first of the X-series it will be about twelve hours of video and they are continuing to Trump and the future.
Bush tried to kill Reagan. 10 mins
However in the series above I can testify to the Findhorn, ET and the attempt to contact The duke of Edinburgh and several other facts about the Mystery Schools.
These now are my views and information from my sources(here we go ---Geoff why don't you name them? You may have heard what happens to whistle blowers especially in the USA-- so am I going to expose them to prison or perhaps their families and themselves being hounded and possibly killed---no way---I'll take the flack and derision and vile at times comments).
Here goes some Posts back in fact POST 345 I posted a bill or law H.R.2977  and you can go to it in more detail on the net or in the posts in brief but here is an example;

In this Act:
(1) The term ``space'' means all space extending upward
from an altitude greater than 60 kilometers above the surface
of the earth and any celestial body in such space.
(2)(A) The terms ``weapon'' and ``weapons system'' mean a
device capable of any of the following:
(i) Damaging or destroying an object (whether in
outer space, in the atmosphere, or on earth) by--
(I) firing one or more projectiles to
collide with that object;
(II) detonating one or more explosive
devices in close proximity to that object;
(III) directing a source of energy
(including molecular or atomic energy,
subatomic particle beams, electromagnetic
radiation, plasma, or extremely low frequency
(ELF) or ultra low frequency (ULF) energy
radiation) against that object; or
(IV) any other unacknowledged or as yet
undeveloped means.
(ii) Inflicting death or injury on, or damaging or
destroying, a person (or the biological life, bodily
health, mental health, or physical and economic well-
being of a person)--
(I) through the use of any of the means
described in clause (i) or subparagraph (B);
(II) through the use of land-based, sea-
based, or space-based systems using radiation,
electromagnetic, psychotronic, sonic, laser, or
other energies directed at individual persons
or targeted populations for the purpose of
information war, mood management, or mind
control of such persons or populations; or
(III) by expelling chemical or biological
agents in the vicinity of a person.
(B) Such terms include exotic weapons systems such as--
(i) electronic, psychotronic, or information
weapons;
(ii) chemtrails;
(iii) high altitude ultra low frequency weapons
systems;
(iv) plasma, electromagnetic, sonic, or ultrasonic
weapons;
(v) laser weapons systems;
(vi) strategic, theater, tactical, or
extraterrestrial weapons; and
(vii) chemical, biological, environmental, climate,
or tectonic weapons.
(C) The term ``exotic weapons systems'' includes weapons
designed to damage space or natural ecosystems (such as the
ionosphere and upper atmosphere) or climate, weather, and
tectonic systems with the purpose of inducing damage or
destruction upon a target population or region on earth or in
space.

So here we have a direct statement 'Chemtrails' which they have denied around the world amongst other horrors that they have and they say they haven't like the strange fires reported by a flash in the USA and of course HAARP.
Let us come back to 5G; I have been informed that the 5G network will be linked to the aluminium particles in some form in the chemtrails so that the world will be umbrella'ed or encapsulated in this insidious horror and the effects on health catastrophic it's bad enough but to have these not so mini tower 1,000 feet apart world wise is too horrendous to contemplate., perhaps not in Iran, China and Russia.
NassimHaramein and the pulsing Sun
Sun Cycles.
Although Nassim's science is great and these two videos show there is now evidence that the Cosmic Rays are intensifying as in Posts 300 onwards and even at low solar flares in the low eleven year there are dynamics which show it is just as warming. There are several scientists talking about the Sun going into its White cycle and so on.
Now in the papers it was saying that these hot spells such as the UK is going through with temperatures as of this date of posting with a drought will be more often with extremes, the papers were careful not to blame it on humanity alone, are they now getting the message it is part of a natural cycle. It did say that it would kill a lot of the elderly and those poor in health, and of course, bad health more visits to doctors more money for Big Pharma.  Now we know that pollutants are trapped in the atmosphere and reflect the heat back why on Earth use chemtrails which although not admitted never the less cause a haze and also heat up the atmosphere.  Could this be the ultimate master plan; use the natural heating up cycle and add to it to fulfil Kissinger's Plan to eliminate two thirds of the populace and form the New One World Government and fulfil my prophesy that my late parter Gilly and I wrote in the play 'Scan at Barrier Seven' in 1980 and living in Domes as in POST 330 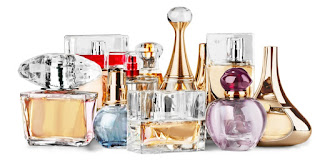 Courtesy perfumesamore.com
I watched a ITV TV News interview about Charlie Rowley the alleged Novichok poison that he survived, as to this date Porton Down has not verified if it is Novichok that was the same as the Skripal's. In the interview he was very alert and had a clear memory of the event.  They or he found the perfume which was in a presentation package and they had to rip open the packaging. Dawn then put in on her wrists and it was oily, 15 mins later she fell ill and tragically died some days later in hospital. Charlie washed his hands which they say may have saved him.
I know that you can call me a callous uncaring bastard, but from a forensic point of view it seems strange, Charlie remembers everything but not where they found the package. Now if it is is a brand name and pre packaged and as a gift package, then it is easy to trace. It means it has been re packaged the perfume poured out the alleged novichok inserted.  Let us assume it is a Russian brand this does not prove it was from Russia, some one could have bought in Russia or elsewhere in order to frame Russia.
Then again leaving it a dump or thrown away is sloppy or may have been intentional to frame Russia. Any trained Soviet or British agent would have to have been extremely careful it would have to be done in laboratory conditions so as to not contaminate the perpetrators and would trained operatives of the secret services be so naive as to leave evidence about unless they wanted to smear, take revenge or have direct political motives of which there are several options; to make Russia the culprit, Russian agents who had  it in for the former spies and Dawn and Charlie unfortunate tragic victims, a defector at Porton Down, Britain did it to take the heat off of Brexit, I could on, but enough is enough. Take a break and stretch as below.
Whilst working at your computer or sitting these exercises may help.
I do my own 'stuff' however I really like the easy animation and commentary.

As my latest book release draws closer, I've been thinking about what the Laika describe as the silver book and the golden book.
The silver book is one that you (and everyone else) were born with, and came with the challenging story of your life.
In this book your fate is locked, and the storyline is unoriginal─to the point that you would probably never choose to watch it on TV, or go see it in a theater.
On the other hand, the golden book has all blank pages. You can pick up your pen and begin writing on them. You can write all the things that were never permissible by your birthright.
The giveaway (when we are compelled to share our Primordial Light, to give it away freely) is the best way to approach the golden book. Before writing on its pages, you might ask yourself:
The silver book's story is one that leads to the meadow where the cows are grazing. It is one where you always look at a distant mountain longingly, feel the urge to test yourself, but never move toward your calling.

It most likely describes retiring early, making the most money, or having the biggest house; but, that life is a dead end.
Whereas the golden book's empty pages lean toward adventure. It may not be the easiest to manifest, but the story held in the golden book is one leading you to the summit of the holy mountain. Where you navigate raging rivers, get lost in the forest, and hike along the steep edges of rocks.
The shaman believes that when you become the author of the golden book, you cease being a character in the dream, beholden to a script that you did not write.
You are the master spinner of your fate. You can change anything.
So, the question is: Which book do you choose?

It would be more pleasant to get the book above and have a read of Shamans not voodoo, raging howling images as portrayed by the media and the picture of smelly ragged unwashed scantily clothed gut eating unkempt wailing and blood letting individuals, but the real shamans of which Alberto Villoldo is one.

On this more edifying note

Posted by GEOFF FREED ONLINE at 03:57