Hello and welcome. I trust you are well and enjoying life.  There are a lot of people waking up. A Great video at the end by a magnificent Mother who without a scientific background took on a large corporations and started 'Moms across America' https://www.momsacrossamerica.com, pollution is not just what you can see on food labels, smog, additives, chemtrails and dirty water and so many other issues but the invisible as below. Yes we may clean up the air and do things for food, get more complimentary remedy's but if the EMF's remain they will still be a huge major health hazard.

Julian Rose, Contributor Waking Times
In what is surely an unprecedented and  groundbreaking action, the Prime Minister of Poland, Mateusz Morawiecki, has personally backed an International Appeal to stop the controversial roll-out of 5G electromagnetic microwave telecommunication transmissions.
5G, a new millimetre band frequency range being introduced by the telecommunications industry worldwide has been identified by over 2,000 scientists and 1,400 medical doctors from all over the world, as presenting a direct threat to human health, as well as to animal, insect and plant life. 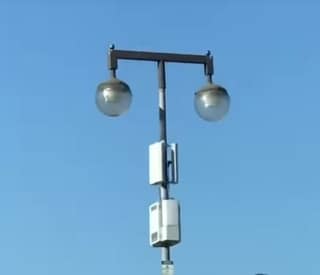 Courtesy Belfast Telegraph
These will be put every 500 yards apart if signal strength is not strong enough and coupled with more Towers below and then satellites plus do please scroll down for two wonderful videos. 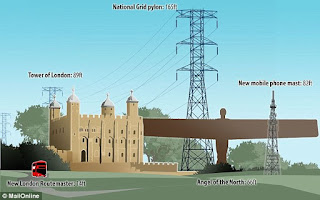 I have seen these in beautiful country side scenes and they are an eyesore and hugely dangerous.
PLEASE READ THE THREE PREVIOUS POSTS SO THAT MORE INFORMATION IS AVAILABLE. THANK YOU AND SEE VIDEOS BELOW HOW YOU CAN HELP SET UP GROUPS TO PROTEST. PLEASE DO NOT USE VIOLENCE OR BE AGGRESSIVE EVEN IF YOU CAN SEE IT DESTROYING ALL LIFE ON EARTH. 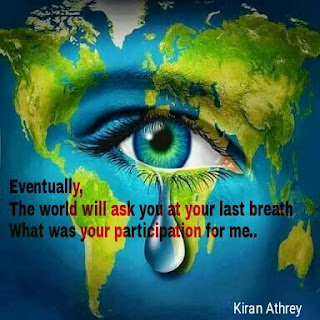 
There have been no safety tests carried out to ensure its safety, in spite of the fact that 5G operates at between 10 and 100 times higher frequencies than current 3 and 4G cell phone tower transmitters. 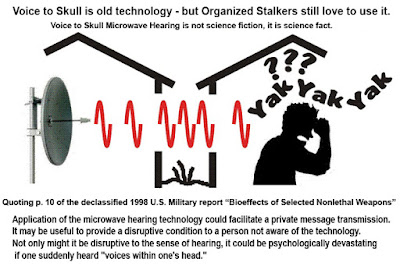 Courtesy diss.us
I had a friend who worked at a Radar Early Warning Ballistic Missile Warning Complex in Yorkshire(name left  out because of political sensitivity these days) some of his colleagues and himself began to hear voices and and actual messages in their heads.  Many of them developed brain tumours and my friend developed cancer of the throat and glands.  He was given medical treatment and could not prove his case or theirs,  many years later it was proven and future technical officers employed were shielded and yet do suffer from headaches,sinus and ear nose and throat infections--- the price of peace through surveillance. 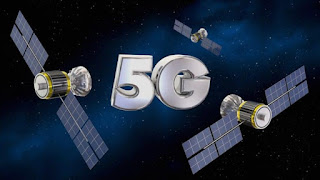 20,000 Satellites to blanket Earth from space beaming down 5G MICRO WAVES.
The roll-out of 5G will involve the placement of millions of transmitter boxes at distances of no more than 10 to 12 houses apart in urban areas. Scientists have established that this will subject citizens living in urban areas to an unavoidable barrage of electromagnetic pollution.
A 2017 report by more than 230 scientists and doctors from 41 countries express serious concerns about steadily expanding exposure to Electromagnetic Frequencies (EMF). They state that even before the roll-out of 5G, “Numerous recent scientific publications have shown that EMF affects living organisms at levels well below most national and international guidelines.”*
These effects include cancer risk, cellular stress, increase in harmful free radicals, genetic damages, structural and functional changes to the human reproductive system, learning and memory defects, neurological disorders and negative impacts on general well-being in humans. Damage goes well beyond humans, as there is mounting evidence of deleterious  affects to both plants and animals.
In , the public are being used as guinea pigs in a 5G experiment to test the efficacy of the technology. The following cities are being used in the trial: , , .
The same procedure is taking place all over , and many other countries.
The world’s largest study ‘National Toxicology Program’ (NTP) revealed significant increases in the incidence of heart and brain cancer in animals exposed to EMF below the International Commission on Non-Ionizing Radiation Protection (ICNIRP) guidelines that are followed by most countries.
The Prime Minister of Poland has taken a highly responsible step in signing* the Global Appeal to Ban 5G in Earth and in Space. He has opened the way for leaders in other countries to take the same step, thereby protecting their citizens from a potentially highly dangerous and untested technology whose repercussions for health and welfare are without precedent.
§                            *https://www.5gspaceappeal.org/the-appeal
§                            *https://www.5gspaceappeal.org/signatories-organizations
The records of the Stop 5G Global Appeal indicate that Poland’s Kancelaria Prezesa Rady Ministrow (Chancellery of the Council of Ministers), which is chaired by Prime Minister Mateusz Morawiecki has “signed” the appeal under the Category “Organizations”, scroll down to Poland.  (see screenshot below)
There has, however, been no official confirmation from the Polish government of this historic decision.
And there has been no coverage of the issue by the mainstream media.
The Prime Minister’s alleged endorsement of the Appeal is on behalf of the Chancellery of the Council of Ministers. Was this entry undertaken by the Chancellery of the Council of Ministers? Has this “entry” on the Stop 5G Appeal been verified. Did the Chancellery confirm?
There is no record of a decision pertaining to 5G on the home page of the Chancellery of the Council of Ministers.
A recent report by the Polish media suggests that the Warsaw government (in the context of the dispute with China’s Huawei) intends to  approach the 5G issue in a coordinated fashion “across the EU” rather than at the level of individual EU member countries.
In December, according to PRNewswire (December 18, 2018),

“T-Mobile Polska launched [in December 2018] the first fully functional fifth generation mobile network in Poland – its coverage is currently available in the centre of Warsaw. T-Mobile commits itself to investing in and continuing development of the 5G network in the coming months and years, extending it to more locations and cities so it ultimately covers the entire country?

“.. That would be extraordinary because Morawiecki is due to lead his government in a major parliamentary act [mid June] in which the existing ‘accepted emissions/frequencies’ will be superceded by new 5G frequencies to enable the roll-out of 5G across the length and breadth of Poland”.

The project to be considered in the Polish parliament is no doubt pursuant to the TD-Polska, Deutsche Telecom, Ministry of Digital Affairs agreement signed in Warsaw on December 7, 2018
UPDATES:
Global Research has requested clarification from the organizers of  The International Appeal to Stop 5G. Did they verify the matter, did they contact the Prime Minister’s office?
This is their response  (June 10, 21.30pm ET) which contradicts the Polish government’s commitment to 5G telecommunication as outlined in December 2018:
The International Appeal to Stop 5G on Earth and in Space welcomes the good sense of Polish Prime Minister Mateusz Morawiecki in rejecting the fifth generation of wireless technology, 5G, by becoming a signatory to the Appeal.
The Dangers of 5G to Children’s Health
The Appeal is a scientific and legal document that comprehensively sets out the case against 5G, which poses an existential threat to life on Earth. The people of Poland will doubtless be greatly relieved to learn that the Prime Minister supports protecting the health and natural environment of the Polish people.
Prime Minister Morawiecki joins the ranks of the numerous other concerned lawmakers who have rejected 5G: the Swiss cantons of Vaud, Jura and Geneva, which adopted moratoria, and Neuchâtel, Bern, St Gallen and Schwyz, which are considering doing so. The Swiss and Netherlands governments, as well as the US state of New Hampshire, have demanded reports on the safety of 5G before going ahead. Lawmakers in Rome and Florence, and those of at least 21 US cities have already rejected 5G, while the Belgian Environment Minister prohibited the 5G pilot project in Brussels, declaring that citizens were not “guinea pigs”.
The 5G issue in Poland remains uncertain. What is the position of the Polish government?
It is important that people in Poland and more generally in the European Union forcefully oppose the introduction of 5G wireless technology.

Michel Chossudovsky. Global Research,  June 10, 2019
A TRULY AMAZING SCIENTIST.
https://spaceweatherarchive.com/2018/03/05/the-worsening-cosmic-ray-situation
ONE OF THE MOST COURAGEOUS AND INSPIRING VIDEOS--A MOTHERS CONFRONTATION AND FIGHT TO GET HER CHILDREN WELL AND A WORLD WIDE EFFORT.  AMAZING WHAT ONE DETERMINED PERSON CAN DO.
PERHAPS WE CAN DO THIS FOR 5G AS WELL.

BE WELL, BE AWARE AND BE CAREFUL