Hello again and welcome.  When we say the human race and I now make a pun it is a race between technocracy (Bilderberg, illuminati, the elite, deep state and so on) and natural evolution.
Many have said and in discussion that perhaps cyborgs, transhumanism, eugenics are the future and that I am stuck in the groove of evolution and keep harping(no pun on HAARP) on and ranting about the these two aspects. There is a point there when the first car and train came out there was hostility and a man had to walk in front of them with a warning flag, then you cannot fly or go under the sea and so on. I have to deeply consider this.
Am I so stuck and ingrained and blind to my own conditioning, research and 'deep cellular feeling' that natural nature evolution is the only way? Yet with the five extinctions we see that natural animals and humans came back in an upgrade and reconfigured form.
Then again can this now change and humans and not nature do the next upgrade. For me as yet I am for nature.


Most important and a repeat. Water.
Senator finds out no funds or research done on 5G
A great informative interview.
There is so much to discover in the depths of our oceans, perhaps more should be done than outer space.
https://gizmodo.com/genetically-modified-mosquitoes-are-breeding-in-brazil-1838146152
NOW  we have transgender mosquitoes----What next---and it maybe a failed experiment
Transgender mosquitoes---?
https://smartgrowthamerica.org
'Smart Growth America empowers communities through technical assistance, advocacy and thought leadership to create livable places, healthy people, and shared prosperity. We work with elected officials at all levels, real estate developers, chambers of commerce, transportation and urban planning professionals, and residents to improve everyday life for people across the country through better development.' I wonder seeing the name Rockefeller -----sounds great but unfortunately with the present USA policies what is the return reward and does it  involve 5G and will it be connected to the 'Internet of Everything' and be just another ploy for a Smart City?
A space City
https://www.express.co.uk/news/science/1177909/space-news-igor-ashurbeyli-asgardia-russia-space-nation-nasa-moon-sp

James Bond Film; Moonraker is a 1979 British spy film and the eleventh in the James Bond series produced by Eon Productions, and the fourth to star Roger Moore as the fictional MI6 agent James Bond. The third and final film in the series to be directed by Lewis Gilbert, it co-stars Lois Chiles, Michael Lonsdale, Corinne Cléry, and Richard Kiel. Bond investigates the theft of a space shuttle, leading him to Hugo Drax, the owner of the shuttle's manufacturing firm. Along with space scientist Dr. Holly Goodhead, Bond follows the trail from California to Venice, Rio de Janeiro, and the Amazon rainforest, and finally into outer space to prevent a plot to wipe out the world population and to recreate humanity with a master race.[2][3

This master race seems to pop up in history and some have thrived only for a short while and then the human condition of greed, jealousy, acquisition and so on rears its egoistic head.  Perhaps with 5G and all back POSTS revelations the attempt will be in again; complete surveillance and prying will socially master by punitive measures, after all every movement will be watched by the super fast network, sales pitch of course you will be monitored but always safe, downside as long as you do not step out of social policy behavioural predilections chosen by the SMART  City State Council. Rewards based on lawful behaviour and diligence.

And with Atlas like Robots up your backsides you are hardly going to argue and the new technological laser ray beam to disperse crowds(see back Posts) and of course brain implants and Goggles connecting one to the NETWORK MATRIX;
The Matrix is a 1999 science fiction action film[3][4] written and directed by the Wachowskis[a] that stars Keanu Reeves, Laurence Fishburne, Carrie-Anne Moss, Hugo Weaving, and Joe Pantoliano and the first installment in the Matrix franchise. It depicts a dystopian future in which humanity is unknowingly trapped inside a simulated reality, the Matrix, created by thought-capable machines (artificial beings)[b] to distract humans while using their bodies as an energy source.[5] When computer programmer Thomas Anderson, under the hacker alias "Neo", uncovers the truth, he "is drawn into a rebellion against the machines"[5] along with other people who have been freed from the Matrix.
This is arrogantly termed 'cyberpunkand subgenre' the thing is it is in now.  See Back POSTS. In fact as we are brain washed from birth into our culture, religion or philosophy,national pride, politics and nearly every one never questions their beliefs and carries on the same roads and rails, in way we all live in a matrix already even without technology to enhance it. (Matrix 4 is being made as of now).

Silicon Alley and the like are on a roll, a heady techno high, their Adrenalin so bursting at the seems they are just churning out stuff without proper testing and research, it might turn against them.  Man supposes and God disposes---?
and People marrying their robots, robots marrying amongst themselves,  and the above, we surely are advancing but just where and to what end---has consciousness changed and the world more peaceful?


The frequency of a cell phone’s waves falls between those emitted by FM radios and those from microwave ovens, all of which are considered “non-ionizing” forms of radiation.
When you make a call, text, or use data on your cell phone, here’s what happens:
Your phone sends radiofrequency, or RF waves from its antenna to nearby cell towers, and receives RF waves in return to its antenna.
If you are holding the phone next to your face, as most people do, then about 70 percent of the energy from the antenna is absorbed straight into your head.
As you can see from the diagram below, age makes a difference in how much of this energy can be absorbed into the tissue. A younger child’s skull is much thinner than an adult’s and still developing, therefore more radiation is able to penetrate the brain.
It's not until around age 20 that your brain is fully developed.
These visual images should serve as a powerful reminder to parents that it’s never a good idea to allow a child to talk on a cell phone held close to the head! 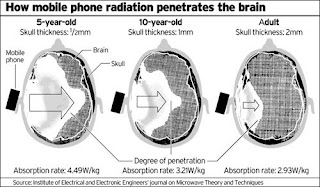 I saw the results of this exposure in a private laboratory--shocking. 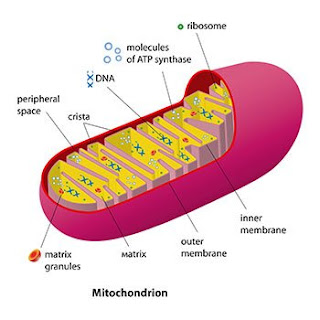 These two images were taken from Mercola.com .Grateful thanks.
https://vaxxedthemovie.com/andrew-wakefield-biography/
This brave man and his work to save children is exemplary and the risks and humiliation he has taken shows the character and determination of a great doctor and man, my wish there were more like him.

These links above were blogged in my www.archive.blogspot.co.uk(com) way back and this dear lady was ostracised, threatened and goodness knows what and at that time also an Israeli scientist Dr Moshe ( All videos removed) can be found in this old link.ruth11.com/2009/11/22/microbiologist-nabbed-by-fbi-after-warning-us-that-vaccine-is-a-bioweapon-deployment-plus-a-ton-of-other-information-from-target-freedom/
It's long but very informative and hearkens back to my earlier works.

https://www.technocracy.news/c02-is-plant-food-australian-group-signs-intl-declaration-denying-global-warming/
This again is a continuing discussion on climate change, all I have to say on this is the history and build up from 1970 and my earlier blogs and in particular POSTS from 390 onward's.

Elon Musk unveils spacecraft he says can go to Mars and return to Earth
Elon Musk has unveiled a SpaceX spacecraft designed to carry a crew and cargo to the moon, Mars or anywhere else in the solar system and land back on Earth perpendicularly.
In a livestreamed speech from SpaceX’s launch facility near the southern tip of , Mr Musk said the space venture’s Starship is expected to take off for the first time in about one or two months and reach 65,000 feet before landing back on Earth.
He said it is essential for the viability of space travel to be able to reuse spacecraft and that it is important to take steps to extend consciousness beyond our planet.

I continually refer to Hollywood giving away hints of the future dear Elon Musk does too and has proved it so far. This reminds of the the film with Mat Damon and The Martian;

The Martian is a 2015 science fiction film directed by Ridley Scott and starring Matt Damon adapted from the novel of the same name by Andy Weir. The film depicts an astronaut's lone struggle to survive on Mars after being left behind, and efforts to rescue him, and bring him home to Earth.(Courtesy Wikipedia)

https://www.technocracy.news/dr-mototaka-nakamura-the-sorry-state-of-climate-scien
More on this controversial subject, its a bit like, did they go or did they not go to the Moon and there are ET's no there are not. Head banging stuff and many a friendly discussion turns into almost a fight, walk out's and 'You are so stupid I cannot be associated with you anymore'(That's a mild way of putting it,if you get my meaning).

I guess it is that old cliche Keep on Keeping on.

Keep on and Be Well

Posted by GEOFF FREED ONLINE at 03:43