Hello and welcome. Well the show goes on. Its mind boggling as to what is happening and if you care to read on you will see why.

STARLINK RADAR ECHOES: Leave it to Starlink. SpaceX's growing constellation of internet satellites is finding new ways to interfere with astronomy. This time it's radar astronomy. On Jan. 29th, Giuseppe Petricca on 's Isle of Lewis was monitoring 's GRAVE space surveillance radar, looking for echoes from meteors. Instead, he got this: 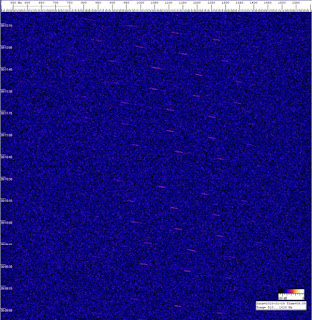 "Each of the red streaks is a reflection from a Starlink satellite," says Petricca. "There are dozens of them!"
GRAVE is located 1500 km southeast of Petricca's radio observatory. He uses a Yagi antenna and a radio receiver tuned to 143 MHz (the operating frequency of the radar) to listen for objects passing over the distant radar. In the past, meteors made many of the echoes, but now Starlink can easily overwhelm the natural meteor rate.
SpaceX has just launched a new batch of 60 Starlink satellites, bringing the total in orbit to ~240. Ultimately, there could be as many as 42,000 Starlink satellites circling Earth. 42,000. Their goal is to provide global, satellite-based internet service. They could also bring an end to ground-based astronomy as we know it. Stay tuned for the next example... 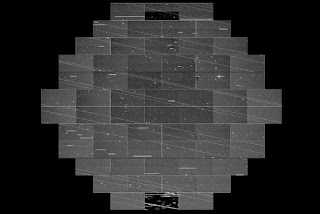 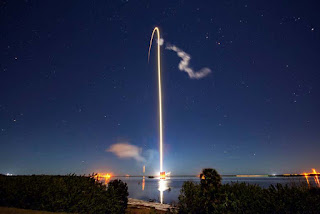 https://www.newscientist.com/article/2229643-spacex-starlink-satellites-could-be-existential-threat-to-astronomy/
In my view Elon Musk must have realised that this would affect Astronomy and was this agreed somewhere 'high up' and as you will read this maybe the end of Ground Earth Based Astronomy. When you read in the links the are thousands more satellites to be launched. There are many which one does not know what they do or contain and in view of the spraying chemtrails as well ----!!!!??? 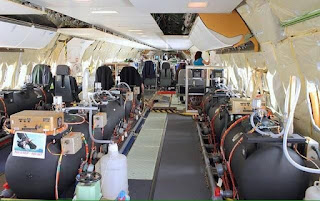 Courtesy Pinterest
Inside view of one of the Chemtrail Planes. There are more.
There is a report that I have not been able to confirm that glycosphate has been found in some of the chemtrails?
Looking back over my POSTS I found that many You Tube and other videos showing testimonies on Chemtrails by top scientists and also many years back government scientists saying that chemtrails were good for us and the climate I am saying as early as 1987 and all these have been removed and the above one is one of the last I Posted. The list of chemicals in them have been tested from trees and grass and various plants after chemtrails appear and a few hours later. 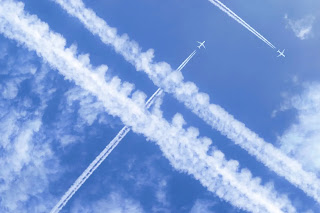 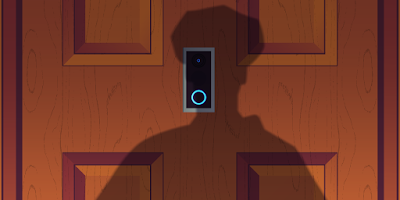 From article -- a few snips below --- this might shock you.
An investigation by EFF of the Ring doorbell app for Android found it to be packed with third-party trackers sending out a plethora of customers’ personally identifiable information (PII). Four main analytics and marketing companies were discovered to be receiving information such as the names, private IP addresses, mobile network carriers, persistent identifiers, and sensor data on the devices of paying customers.( Be careful anything digital and Smart can be hacked, yes anything, the more encryption and safety and security the more the challenge to the Hackers, not because they can blackmail or stalk you and control you and have a sense of power, yes that can be so, but it is an intellectual and academic challenge and is a great incentive to be right and no secrets are safe and where does one run for help, seek help when forgery and fraud befall one---to the government who then take one's fear and loss and BIG BROTHER then becomes one's refuge and the internet of everything becomes home and then one is caught in the net and between a rock and a hard place. It then breaks down the will and resolve which might lead to stress and depression and with GMO food and Chemtrails which lead to a depressed and compromised immune system and so on-----yet I feel the tide will turn----like the Berlin Wall it will crumble and the first signs of push back are in the videos below among many others----of course they will be deplatformed and removed so arm yourselves by doing what you can to copy and distribute them by emails, that  is what deplatformed sites are doing in some cases. 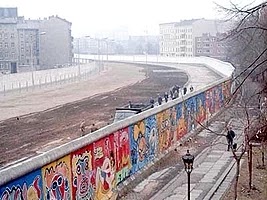 Courtesy  Wikipedia
Many years back I did a lot of workshops and therapy sessions in Berlin. One of these were just after the wall came down. An elderly gentleman came to the workshop and he cried because his house was on the East side and his relatives on the West and although the wall was down he had a fixation; from the top of his house he could only see the wall and when it came down he could not get his head around it so to speak, so he drew the wall on his window(some long term prisoners when released have difficulty in adjusting, so do some retirees, soldiers and so on) obviously it depends on the individual.
When I returned to my home in the UK after workshops I would invite those who attended the therapy sessions and workshops to phone me. That gentleman phoned and could not grasp his freedom and he painted the wall on his window so I suggested he gradually rubbed out the wall on his window bit by bit, he did and one day he he phoned and said it was all gone he cried and laughed and I never heard from him again.
This is exactly what Big Brother,Technocracy and whatever name one puts to it, they are ring fencing one, removing all opinions contrary to theirs and their minions are increasing by bribes, power and shameless betrayal to humanity.
However if one makes a list of one fears and then draws the prison, the wall or whatever and then begins by dismantling the confines not by force but by compassion; see the bars melt under the Sunshine of Compassion, imagine giving gifts to the confines of the walls as they melt under your radiant sunshine of your heartfelt compassion.
The danger in sending evenmll bits of information is that analytics and tracking companies are able to combine these bits together to form a unique picture of the user’s device. This cohesive whole represents a fingerprint that follows the user as they interact with other apps and use their device, in essence providing trackers the ability to spy on what a user is doing in their digital lives and when they are doing it. All this takes place without meaningful user notification or consent and, in most cases, no way to mitigate the damage done. Even when this information is not misused and employed for precisely its stated purpose (in most cases marketing), this can lead to a whole host of social ills.
·                      A group of telecom industry experts called The Irregulators has exposed a vast and illegal financial scheme in the telecommunications industry
·                      Telecom analyst Bruce Kushnick and attorney Scott McCollough are spearheading the organization’s lawsuit against the Federal Communications Commission, an agency captured by the telecom industry
·                      For decades, basic telephone rate payers — wire line customers — have funded the deployment of wireless in general, and now 5G in particular, through their phone bills
·                      The illegal redirection of funds amounts to about $1 trillion over the past 15 years, and without this money, 5G would not be possible. Were the wireless industry forced to pay its fair share of infrastructure costs, 5G would not be economically feasible as a consumer product
·                      Wireline customers paid for an upgrade to fast and safe fiber optic wiring across the nation, but now we’re getting harmful 5G wireless instead. Fight back by demanding your state telecom utility return the misappropriated funds and allocate the money back into broadband fiber optics for each home (Courtesy Mercola.com)
This is one of the best concise and informative videos I have watched for a while.
As they say 'she says it as it is. Brilliant.
Scientifically this video can be supported by technical information which can be found on another brilliant video below;
Technocracy
Draconian ---Dystonia----total control
Other aspects of this are covered in two videos above and there is so much more. The media is being taken over and I must stress again and and again; that anyone who holds an opinion no matter what, be it fashion, politics, sport, gender, financial and so on, is attacked by differing views which some years back were discussed now one is threatened and vilified by filth and threats by email, social media and is bullied into submission, hate has taken over reason, diplomacy has been taken over by sanctions and war like attitudes, wealth, power and money have replaced decency, sharing, caring, compassion, food standards, ecological care, herbal and natural medicine hunted down and drowned by Big Pharma and human life is not honoured much these day---so some sectors of youth and adults see what sort of Role Models? And those role models who do aspire to higher values are called activists, conspiratorial, nerds, geeks and such like---the knife and gangs, homelessness addiction all shown in Hollywood films and the super heroes and celebrities are all part of the numbing and dimming of bright minds---and yet there is hope in fact there are those of an indomitable spirit and are awakening to compassion, love of nature with pure food and water and healthy relationships.

ADDENDUM
Way, way back I mentioned in so many POSTS of the above and as Polly says above go back and read. The Hollywood movies that show the future, the early prophesies of Ray Kurzwell in the POSTS 136 A series from February 2014 and recently POSTS 372 until now.
Posted by GEOFF FREED ONLINE at 12:23