YOUR SACRED BODY ----BEING EXPLOITED PART 2

PART 2
The UK STATS below are much the same manipulation when you go into every country, unfortunately once the Imperial College and Ferguson  and Fauci started their computer modelling and the SAGE in the UK started with the MHRA all supported by the Pharmaceutical companies and the GATES Foundation they all copied the paid mathematicians and scientists and all other 164,000 or any other model or discussion is ignored, only a 'one way street' and official narrative, anything else is named and shamed as fake, not fact checked, conspiratorial and censored, THESE alone should arouse the suspicion that they are lying or at least covering up the facts as they really are.  DO THE NUMBERS yourself.
IN THE LIGHT OF THE REPORT BELOW IT MAKES THE NUMBERS EVEN MORE DEPLORABLE-----WHAT EFFECT DID THE PCR TESTS HAVE AND THE GRAPHS BELOW WOULD SHOW---as much as 97% of PCR's could be incorrect. PLEASE NOTE I AM NOT SAYING THERE ARE NOT A LOT OF  DEATHS AND THERE IN NO VIRUS----YES THERE IS A BAD, BAD FLU AND VARIANT STRAINS WHICH FOLLOW VIRUS INFECTIONS---YES AND THER ARE A LOT FLU DEATHS EVERY YEAR !!!!!AND THEY ARE NOT REPORTED EVERY YEAR AND THEY WOULD SHOW DEATHS DAILY AT THIS TIME OF THE YEAR!!!! COME ON SHOW FLU VERSUS COVID FIGURES---ARE YOU LUMPING THEM ALL IN ONE-----I remember bad flu years when beds and hospitals were at stretching point AND I WITNESSED BODIES BEING KEPT IN FREEZER VANS AS THE MORGUES WERE FULL AND I can Prove it. 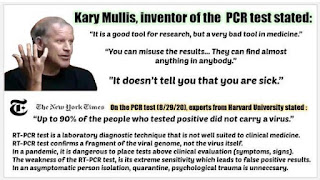 In an “inauguration” of its own while Joe Biden was being sworn into office, the World Health Organization (WHO) initiated new rules regarding the PCR assays used for testing for COVID-19. Even though they’ve been widely used across the U.S. and around the world to determine who has a positive case of COVID, PCR assays are not designed to be used as diagnostic tools, as they can’t distinguish between inactive viruses and “live” or reproductive ones. Besides that, previously, the WHO had recommended 45 “amplification” cycles of the test to determine whether someone was positive for COVID or not. The thing is, the more cycles that a test goes through, the more likely that a false positive will come up — anything over 30 cycles actually magnifies the samples so much that even insignificant sequences of viral DNA end up being magnified to the point that the test reads positive even if your viral load is extremely low or the virus is inactive and poses no threat to you or anyone else. What that means in plain language is that the more cycles a test goes through, the more false positives that are reported. Now, with the WHO’s lower PCR thresholds, it’s practically guaranteed that COVID “case” numbers will automatically drop dramatically around the world. Here’s in-part what the WHO notice says: Users of IVDs must read and follow the IFU carefully to determine if manual adjustment of the PCR positivity threshold is recommended by the manufacturer. WHO guidance Diagnostic testing for SARS-CoV-2 states that careful interpretation of weak positive results is needed (1). The cycle threshold (Ct) needed to detect virus is inversely proportional to the patient’s viral load. Where test results do not correspond with the clinical presentation, a new specimen should be taken and retested using the same or different NAT technology. WHO reminds IVD users that disease prevalence alters the predictive value of test results; as disease prevalence decreases, the risk of false positive increases (2). This means that the probability that a person who has a positive result (SARS-CoV-2 detected) is truly infected with SARS-CoV-2 decreases as prevalence decreases, irrespective of the claimed specificity. Most PCR assays are indicated as an aid for diagnosis, therefore, health care providers must consider any result in combination with timing of sampling, specimen type, assay specifics, clinical observations, patient history, confirmed status of any contacts, and epidemiological information.

Sir Desmond Swayne said the comments, made in November to Save Our Rights UK and obtained by Sky News, were "perfectly legitimate at the time" and he accepts that the COVID-19 situation "has changed entirely with the new variant". (he claims the numbers are manipulated somehow--he is a senior MP in the Conservative Party UK

Live COVID updates from the UK and around the world

"I certainly regret the fuss they've caused," Sir Desmond told Sky's All Out Politics when asked about his remarks.

Asked if he would be apologising, Sir Desmond replied: "No, the complaint was legitimate at the time."

The comments have led to calls from some for the MP to have the Conservative whip withdrawn, but Sir Desmond said such a move would be akin to a "thought crime".

However, the Cabinet Office minister would not be drawn on whether he should lose the Tory whip.

Mr Gove said: "Sir Desmond is wrong. I work with Sir Desmond, I have great affection for him but I'm afraid here he is completely out of order."

He added: "I would hope that he issues a full and complete retraction and apology for what he said - it's unacceptable." 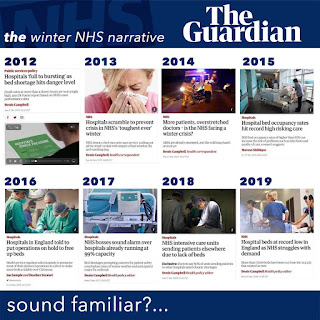 WELL LOOK AT THE GRAPHS BELOW

https://adapnation.io
This says so much it is best to read it out, here are a few snippet's:- 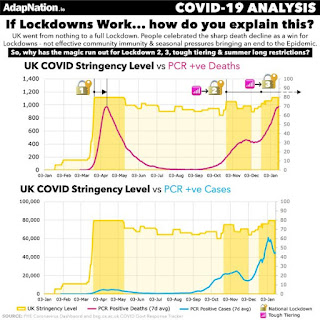 Yes even Russia has its uprisings and it also has to look at outmoded bureaucracy and views on sexuality and to its neglected outer regions economy. They have enough unfarmed land to feed Europe and themselves for years. Like most countries they prefer imports and exports rather than agriculture in their lands that are organic so that money takes over health and there is the unemployed who could work the farms but no the new way is profit and power and has been for a long time. The old Soviet Union tried communal farms but local corrupt officials like local councils and State Governor's and like most people who have a little authority it can breed arrogance and a petty tyrannical attitude.

This is a wearable device attached to your lapel or phone note the caption 'Your wearable Digital Identity, 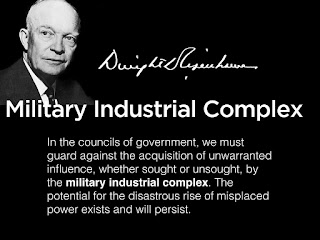 Note the Military are involved and what did Eisenhower say 'Beware of the Industrial Military Complex', you have to have courage to read the rest.

An Israeli government contractor founded by a former Israeli spy has partnered with one U.S. state and is set to announce a series of new partnerships with other states and U.S. healthcare providers to monitor civilian health and use an IDF-designed AI system to profile Americans likely to contract coronavirus and to inform U.S. government lockdown policy.

OUR MISSION IS TO HARNESS THE PRIVATE SECTOR TO CREATE A MORE INCLUSIVE, SUSTAINABLE AND TRUSTED ECONOMIC SYSTEM

Hong Kong-based Hanson Robotics, makers of the viral sensation humanoid robot Sophia, have announced plans to mass-produce robots by the end of 2021 for use in multiple sectors in the pandemic economy.

Good Doggy
https://www.rt.com/news/513563-robot-mass-rollout-pandemic-sophia/?utm_source=Newsletter&utm_medium=Email&utm_campaign=Email
This will not help the labour problems
Way back when I POSTED lots and lots about robots and the discussion of Universal Pension world wide in crypto currency so it is Universal and the ruling body 'World Economic Forum' 'Smart City World Wide' 'New World Order' 'Planet Earth Bank' and so on, so not only all commodities but all humans, natures live stock, trees and land is tabbed, calculated and accounted for. No waste, no nothing of a life accept the ruling elite.

I still have hope that people will awaken and not sleep walk to a drudge and grey world.
Be Well
Geoff
Posted by GEOFF FREED ONLINE at 13:01