Hi there. Starting off with a sort of semi convincing video but it sets the scenario.
This gives one the gist of the enormous sightings and places and increase in these phenomena---true it could be better surveillance, cameras and so on.  More High Tech.  Yet I am assured that there is a terrific amount of increase.  Yes some maybe Air force/ Government experiments / Black Ops.  Reassurances that although these exist never the less there are more Unidentified Craft.  This is backed by my whistle blowers.
To continue:- It is my contention we are hybrids anyway and I have given many reasons, just a sample;- Post 2 Professor Chang, my meeting with Crick and Watson, the founders of DNA testing originally for parental rights over children and then later used for murder, rape and Police enquiries.

http://www.nature.com/scitable/topicpage/discovery-of-dna-structure-and-function-watson-397
Francis Crick told a number of us that there was a strange anomaly in our DNA and his opinion it had been 'tweaked' and thought it could have an extraterrestrial influence. Not so much from Nature as from an intelligence in human type form, ET's.
Crick was accused of taking drugs and was pillared for a while. 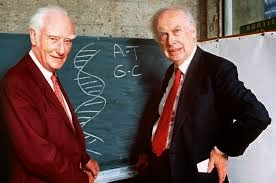 This information ties in with what my whistle blowers were hoping to pass on to me as said in previous Posts, however, I am formulating a few loose ends here.  It is my view as another sample, that the Tree of Life as in the Hebrew / Christian bible was the Human Genome, Adam and Eve were native Earthlings, the snake the double DNA helix and the apple the chemical / scientific procedure to make the race ever afterwards HYBRIDS and that made in the image of God, perhaps in this case ET's. No offence in my view 'God' is the creator of the ET's and all else. 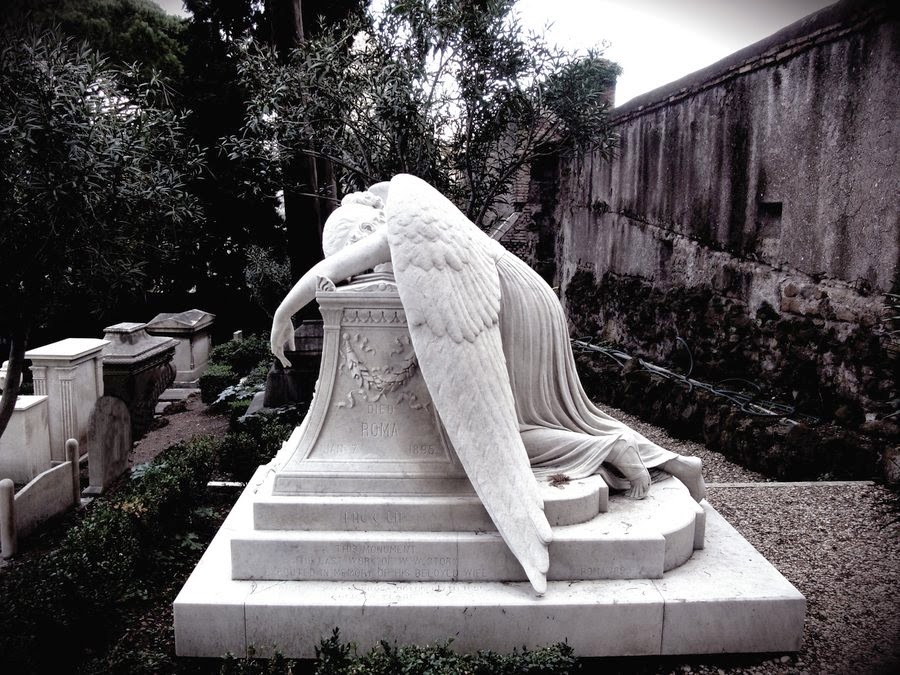 Courtesy historiamagistravitaeest1blogspot.com
http://gracethrufaith.com/ask-a-bible-teacher/angels-mating-humans/
There is also the book of Ezekiel and a wonderful book written on this by Josef F. Blumrich:-

ARE THE VON DANIKEN


WAS EARTH ONCE VISITED


FROM OUTER SPACE? DID ALIEN


BY JOSEF F BLUMRICH
In this book Josef Blumrich gives technical details on building a spaceship.
Going on a bit, it would seem there have been many cycles such as the 700,7000 / 26 / 12 / and 5,500 years of such and at certain points relating to sun spots, civilisations have risen and fallen and global warming and cooling have occurred. Civilisations have been almost wiped out, and then a mysterious 'leap' to a new form of human.
http://www.energygrid.com/destiny/geoff-freed/2010/12.html
Scroll down to Sun and Population
It may well have been that ET know and understand these cycles and that at the appropriate cycle, sun spot activity decide that a 'new seeding' is available.
It is said that the present weather and global warming and cooling has happened at least 42 times within these cycles as above, some of the tell tale signs being; shift in the north magnetic pole, earth core enigma's, sun spot stuff, ice drilling's at North Pole findings, Sun Spot and Sun Power, findings of of fossils preserved by the deep impacted mud at the bottom of fjords and so on. I have given many more and scientific back up with them mainly in energygrid which I now use as a back up and elaboration to facts that come out as 'supposedly new information'. 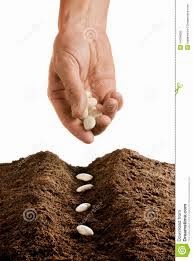 Courtesy www.dreamstime.com
This image is very appropriate as I feel that amongst other proof is an article by Steve Judd;
95% of the neurons (the bits that trigger and fire information) in our brains are in the cerebral cortex, the thin brown layer of jelly that actually surrounds the brain, analagous to humanity's existence on the surface of the Earth. Linking the two hemispheres of the brain is a bunch of fibres known as the corpus callosum. It can be proved that in artists, musicians, left handed people and in those who are comfortable with being out of the norm that the corpus callosum is growing physically larger, and it appears within the last thirty or forty years that this growth increase is exponential, not only in these people but in all of us. The bridge between the left and right brains was the width of a thin pencil a hundred years ago, and I'm assured by a couple of mortician/pathologist clients of mine (really!) that in many people now this bundle of fibres is now the width of one's forefinger. This suggests to me that the interface between the left and right brain in most of us is now considerably more active than it was three or four generations ago. Of course this could be down to our diet. (I can authenticate this through my Forensic work at Post Mortems and speaking to pathologists--me -- Geoff)
Imagine seeds being dropped into your brain or energy pulses containing the frequencies and blueprints percolating into your auric sheaves and then energising the so called 'junk' DNA, and this facilitated by the 'soil' of ourselves and the planet as it were ready for 'planting and growth' like the seeding and planting seasons on Earth for crops and so forth and so for us and our planet, actually we are of the planet and the problem is science in some areas puts us outside it, and to dominate and engineer it.
The cycles of course are much longer than our four of winter, spring, summer and autumn.( our ancestors also planet at Moon cycles and so forth, I know some in Switzerland who still do this)

Courtesy www.33rdsquare.com
So the question is do you want to look like this as the scientists suggest? Do you want to take a chance on the Cosmos or Nature evolving us, as it seems to with Steve Judd's and above samples and history? Or do you think that the way of the Cosmos is the way of the scientists that we become robotoid, or a programme in a computer? Are we being 'worked on' already by the UFO ET at this moment in time?  Is there a battle between science and evolution ah la naturale? MORE to the point are there aliens or walk-ins as suggested in my UFO story in energygrid and they are the ones who wish to clone us, have they got into high places to do this? Is it time realise we are not who we really think we are? 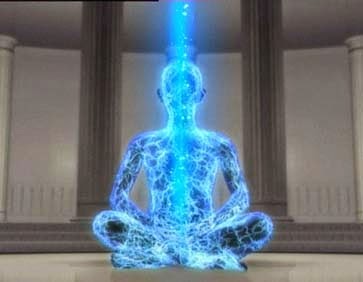 Courtesy hermetic-golden-dawn-blogspot.com
Are we in fact working towards being an energy being(a spirit being) being bodily refined(as suggested in the 1967 writings in energygrid January 2103 1-4(Menu Destiny - Geoff Freed) to become by 2075 'the resurrection-al Aquarian light Body' this is a body very much like we have now, it will look more androgynous, eat less food(some may even live on 'prana / chi / ki / manna).  Procreation through the auric body still some having genitalia, yet procreation and sexual intercourse much less frequently( Some will not like that). 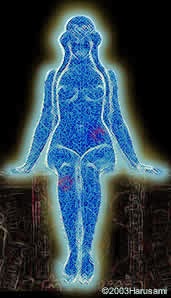 Courtesy phaelosopher.com
I also mention that the auric sheaves of which 7 and I say 9 as I feel there are 9 chakras as well a bone of contention with many, anyway there are chakras and auras, may we agree on that? Ah well we have to go the way we feel we are familiar and comfortable with, this can feel safe, but also limiting. I did mention in the grid as above some of the sheaves will be burnt off by the incoming strong energies. The sexual energy will be used to this effect as well (see Peter Kelders Book on the 5 Tibetan Rites and the 6th Rite in particular, not usually used in the West).  This will facilitate a shift to the tele powers ----telepathy, telekinesis, direct information from the Intuition as distinct from an entity in channelling, so channelling becomes teleintuit, mediumship to telesoul communication, healing by hands and so on to frequency and vibrational means and so forth.

Courtesy www.sott.net
Is it the 'fallen' angels' so to speak, I see this as beings, human or ET who have gone 'left brained logic'(mind you any side as the only side is unbalanced) and now the energies are producing the binaural brain, these pompous ministers of government and some stuck in the mud academics, find their ego's challenged by the natural evolution WHICH ET of a certain ilk help to promote and cherish.  The good Guys ET and those ooooooh bad Guys are at loggerheads. I was joking.  Some academics do feel threatened and feel their power base eroded and are in close ties with a certain type of ET, or ET's here and now.  Then there are those ET who follow and assist evolution and are aware of the 'battle / confrontation / and all the pollution and so on. 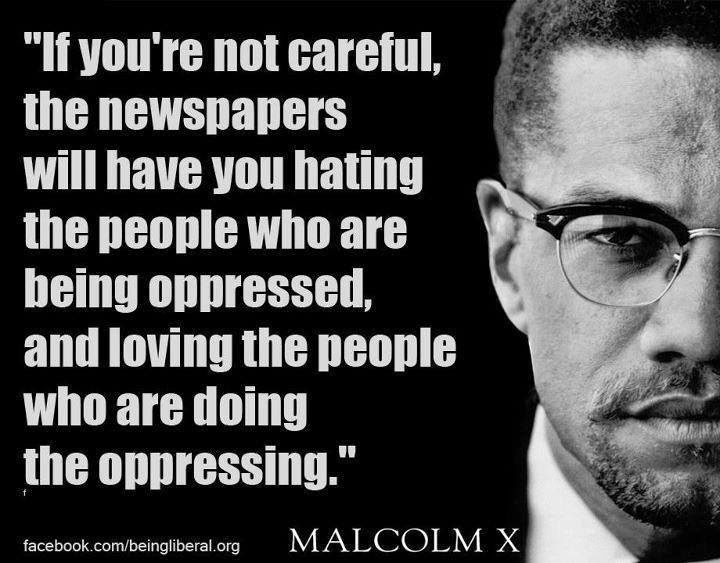 Courtesy  Drake Shelton. com
I have to say there is no guarantee that the evolutionary blueprint sent in energetic frequencies and coding will come about.
Like a wind or storm it may pass this Earth by and those who are not willing to open up to this shift will simply go on, clone themselves, put themselves in a computer programme, or take the Earth for themselves and enslave the populace in servitude.
Those that do open themselves up to the energies will be taken on their journey which ever way is meant to be.  A clue in the future, not so far off say between 2032 and 2075, many who are in the shift ah la naturale will find they can make their own Stargate / Wormholes /  with their minds.

Courtesy www.allinthemindband.com
However the anti natural shift see the shift as a move into genetic engineering, GMO, cloning and so forth.  They feel to move on and rightly so, however not the way of the natural shift.  Who will come out on top----THIS IS A MATTER OF CHOICE.  In the ultimate end there will be no difference. For that which is not of the Cosmic energy blueprint, like empires and life in a flesh body, will wither and die. It will have its day and the puffed up ego will claim victory and the conquering of innocence which is nature, a tree cannot defend itself nor can children with ethnic folk who live simply and invading modern armies and their deadly weapons be fought.  The rape and misery is the only sick joy of the terrorist be they governmental, religious or idealistic.
To this end dear readers I send deepest fond wishes and trust your lives will be blessed in every way that helps you and the planet.
Be Well.  Geoff

Posted by GEOFF FREED ONLINE at 04:11