Hi there and may you be vibrating with health, joy and vitality.

Cymatic Music.  Compare shapes and patterns to the late Dr Emoto's work.7 mins
The Pineal Gland and Sacred Geometry  1hr 30 mins
Laughing Baby--- a good vibration
Barefoot running------the barefoot professor.  7 mins
http://vimeo.com/60876071  A brilliant 7 min video and I like a quote from it 'letting go of the paradigm of control'
PROBABLY THE MOST IMPORTANT VIDEO OF ALL.
Hang Massive---vibe music.  3 mins 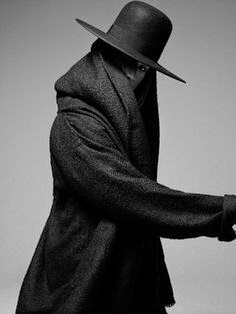 Courtesy www.pinterest.com
Dark old Doctors.  Read Below of the stuck in the mud doctors AND IT SHOWS JUST HOW MUCH THE UK IS 'HOLDING ONTO' FOLLOWING THE  PAST' KISSING THE BOTTOM OF THE USA AND THOSE UPPER ' Lord Bollocks and Co' Talk about the stench of rotting flesh, stinking cadavers and the British clamped upper lip.  You might like to read one of the tasks of Hercules.
http://www.perseus.tufts.edu/Herakles/stables.html

The land smelt of dung and Hercules cleaned it up.  The cleaning of the Augean stables and land (in some of the stories regarding this task the land was covered in dung in many places).  This I feel is like the outdated, outworn patterns that all of us have to let go of. Interesting that Hercules used water, two rivers to do the task.  I believe we are entering a New Way, A New Age, and it is Aquarius a lot to do with water. THERE IS NO GUARANTEE that we will make it, it depends on every person linking to the INTELLIGENCE of the Universe(God, the Source, The Creator ----without dogma or religion, force or intimidation).  I have a formulae ' If 20% of the populace turn towards the Source(in which ever way they feel it  is for them, AND IT IS EVERYONE) THEN THERE WILL BE POCKETS OF THEM THAT SURVIVE AND 80% DESTRUCTION.  It is said it needs 56%  to create a critical mass, the hundred monkey process, the tipping point, the shift en masse, a dissipative structure to chaos(which we are moving towards) and reformation into a higher form).  AS you may well be aware there are forces at work to go to chaos and come out broken and then a vacuum which certain alliances will claim leadership and this is widely and broadly known as the NEW  WORLD ORDER.
I see two NEW WORLD ORDERS.  One controlled by a few dominant clans, families or alliances. The other a shared co operative independent dependant heart / soul / awakened humanity. Some might say the first is the most likely and the second looked at at by today's barbaric wars and turmoil most unlikely. It depends on our minds and hearts, prayers and meditation. THERE  is an AWAKENING (the awakening can happen spontaneously---I will write about this in next Post). It depends on the minds of many.  With WI FI, GM foods, Mobile Phones, TV, the Media, whether we can OVERCOME----NOT BY force but by MIND POWER. I have felt the huge surge of violence and have been to hell and back recently. Had it not been for my practices of Qi Gong, Meditation, using Holosync, exercises and fasting then with choice foods, I would have gone under.  THIS IS THE WAY FOR ME, everyone should tune in and find their own way. Make it as simple as possible because there could be power cuts, austerity measures, mind bashing, curfews, weather crap and a whole lot worse. This will make us survivors strong in mind yet allowing, yet generous and discerning. We will have come through the mill and as many bibles say 'the meek shall inherit the Earth' and if we do it right as a Beetles song said ' With a little help from our Friends' (You know who they are? Well if don't keep looking up).
Welcome to the Alliance for Natural Health
Thanks to ANH above form the following information

European Commission president Jean-Claude Juncker has decided "to axe the role of chief scientific advisor in the new European Commission", which means that Anne Glover will no longer work with the Commission from January. It appears that Juncker has caved in to pressure from organisations such as Greenpeace, GM Watch, Friends of the Earth, EarthOpenSource, Testbiotech, the Danish Ecological Council, Pesticide action Network, cancer prevention and breastfeeding groups. In an open letter to Juncker, the groups stressed that the post was “fundamentally problematic as it concentrates too much influence in one person, and undermines in-depth scientific research and assessments carried out by or for the Commission directorates in the course of policy elaboration”. In the expected backlash, there arereports that "dozens of academics have said they are disappointed by the decision, including chief scientific advisor at the UK's Department of Food and Rural Affairs (DEFRA), Professor Ian Boyd".

On Monday, November 10, the Kerry County Council unanimously passed a motion opposing public water fluoridation. The motion states that “Kerry County Council will write to the Government calling for the cessation of public water fluoridation”. The vote received cross party support and was passed without any disagreement amongst the councilors. This vote comes just weeks after Cork and Dublin passed similar motions, which looks very like it being only a matter of time until Ireland’s water system is fluoride free. Damian Quigg, who tabled the motion, said that the fact that other European Member States, as well as Northern Ireland, didn’t fluoridate their water concerned him and he will continue to support campaigns for the removal of fluoride from public water supply. Another Fine Gael Councillor commented that the job of Irish Water was not to medicate the Irish populace, but to deliver clean and safe water and it was absurd to be dosing the entire country.

Global dislike and mistrust for GM food is increasing

EU rules currently allow genetically modified (GM) crops to be grown anywhere within the EU once they’ve been given the go ahead by the European Food and Safety Authority (EFSA). However, MEPs recently voted to allow individual EU countries to ban the cultivation of GM food crops on their soil, even if the EU has already approved them for wider cultivation. In addition to this, 57 million people, including Hollywood stars, academics and activists, have signed an open letter to the British public warning against GM foods. The US government and the European Commission are negotiating a free trade treaty – the TTIP – that would open the floodgates to American GM food into Britain and Europe. In this open letter the Americans warn British families not to be drawn into the ‘Frankenstein Food’ experiments. The letter, signed by the likes of designer Vivienne Westwood, chef Valentine Warner, actress Susan Sarandon, Daryl Hannah, Robert Kennedy Jnr, Jeremy Irons, and many more, was delivered to Downing Street, but already more American foods containing GM ingredients are being found in British stores. The letter argues that GM crops have never delivered on any promises and have “raised more and more worrying questions about their effectiveness, their necessity, and even their safety”.

Lord Maurice Saatchi’s Medical Innovation Bill has received a letter from 100 doctors saying it is rubbish. The bill, if passed, will allow doctors to try reasonable innovative treatments, so long as they have the agreement of the patient (or patient’s representative) and of a panel of medical specialists. However, even though the bill is supported by No 10 Downing Street, the secretary of state for health, the UK chief medical officer, the government’s chief scientific adviser, the medical director of the NHS, Britain’s top judges and 20,000 respondents to the government’s public consultation on the bill, the 100 opposed saythat they are, “dismayed that the bill is being promoted as offering hope to patients and their families when it will not make any meaningful difference to progress in treating cancer”. The response from Saatchi quotes the view of Professor Sir John Bell, Regius Professor of Medicine at Oxford university, who says there will be no cure for cancer “until real doctors with real patients in real hospitals can attempt an innovation”. He also points out that in the UK this year 94.4% of Britain’s cancer patients will receive only the standard procedure, a procedure that is repeatedly failing.
13 mile crop circle.  5 mins
Mind Control Electro magnetics
I FEEL THIS IS THE ULTIMATE IN MIND BENDING AND VIBRATIONAL TECHNOLOGY SO FAR AS IS DISCLOSED TO THE HUMAN RACE. I left this till last under the heading of Vibration.
As you you have seen in previous Posts and particular Post 84 the primitive diagrams are still used and I hinted at improvements and enhancements well the above is one of them and very sinister.  The bit about the brain gets into a 'habit' of allowing the Lilly Wave, http://67.55.50.201/lilly/lillywave.html into the brain and its subliminal messages is said to be non combative, no defence. I still feel that by witnessing and deep meditation done the correct way, hard as it may seem, the brain can be entrained to deeper meditative awareness states.  I have constantly repeated that help maybe needed, and if holosync is to be employed then use it.  I at this time TRUST Bill Harris's techniques and integrity.  It is an aid to develop awareness. Check out other technologies which are safe and you need a friendly lab man to do it.
Be careful how you store 9 Volt batteries. 3 mins 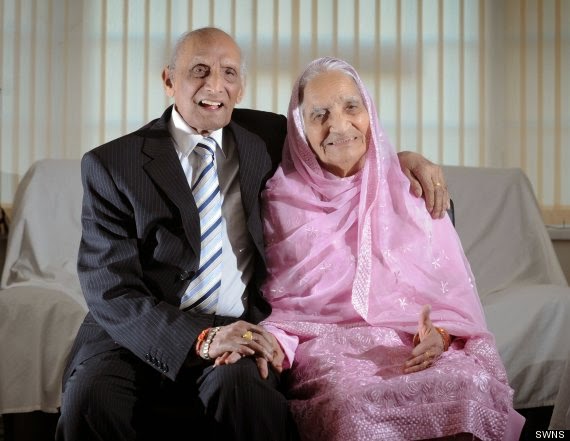 Extreme Shrimp may hold a clue to Alien Life 3mins
Rael.  SEE MY POST 17 for my then girlfriend and myself hilarious encounter with them.


LIFE ON MARS----MAKE UP YOUR MIND TIME AGAIN.  3mins
UFO ATTACKS INSURGENTS IN SYRIA----my gut feeling it is either a fake or another drone type something--- not sure. 3 mins
Another similar to above.  Supposed UFO' s flying over a city and films by  insurgents. Hmmm. 2 mins
A new meaning to being searched at AIRPORTS. 2 mins.
If it wasn't so serious it would be hilarious.

Doctors who question vaccination are being ‘forced out of medicine’

27 November 2014
English doctors who may be ambivalent about vaccines are being weeded out of the profession by the ‘revalidation’ process, where they have to renew their licence to practice.
Around 8,500 doctors have already left the profession after failing to meet the requirements of the process, and this includes doctors specialising in environmental medicine and others who may hold any ‘alternative’ views.
Under the requirements, doctors must “protect your patients, your colleagues and yourself by being vaccinated against common serious communicable diseases where vaccines are available.”  Doctors who are unable to demonstrate that they have been fully vaccinated are being forced to leave medicine.
One doctor, who wishes to remain anonymous, told WDDTY: “I fear this will drive many doctors who are not sure about the benefits of vaccines undercover or out of the profession.  This will also not serve patients’ rights to a balanced opinion of vaccines, as the doctor, whatever their opinion, will be now forced to be only positive about vaccines if they want to keep their licence to practice as a doctor and keep working.” (Courtesy WDDTY----ONCE AGAIN WE SEE HOW THE CHOICES WE HAVE ARE BEING ERODED)
Drones ----400 malfunctions----?  3 mins
Howard Martin of HeartMath. 17 mins 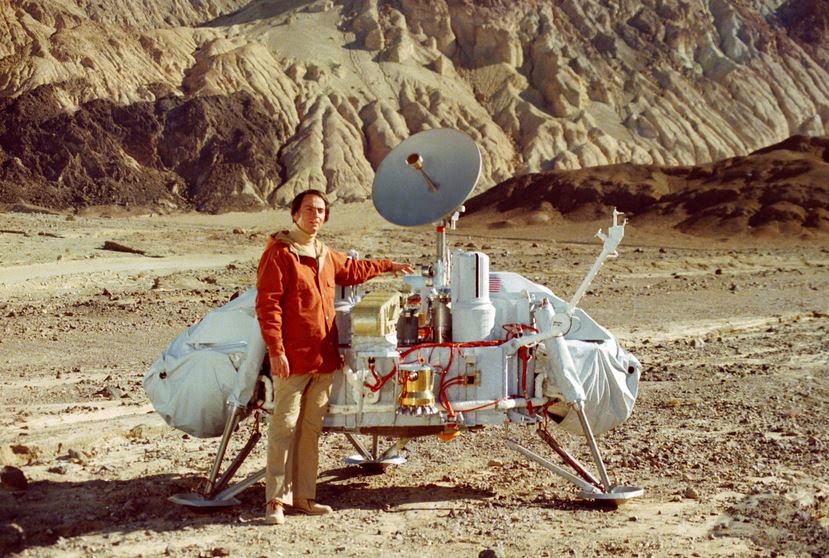 https://metro.co.uk/2014/11/25/nasa-worker-claims-to-have-seen-humans-walking-on-mars-in-1979-4961608/
http://www.dailymail.co.uk/sciencetech/article-2852829/Was-secret-manned-mission-Mars-1979-Former-Nasa-employee-claims-saw-suited-men-running-r
https://uk.news.yahoo.com/nasa-worker-claims-there-was-a-secret-manned-mission-to-mars-in-1979-123031256.html#BWSunKt
Buzz Aldrin and Mars
USA BEEN TO MARS ACCORDING TO ASTRONAUT GENE CERNAN
Make up your mind -----Mars? Also check out Post 140 and scroll down to Ben Reich of sometimes Ben Rich.
Title says it all and very good it is.  3 mins
Carl Sagan.  4 mins
A take on the aristocracy in Britain.
Alien Technology  47 mins
From British aristocracy to Space Aliens and technology----time and experience waits for no man.
Be Well. Be Happy.  Geoff
Posted by GEOFF FREED ONLINE at 10:52