'Once more unto the breach' - is from the 'Cry God for Harry, England, and Saint George!' speech of Shakespeare's Henry V, Act III, 1598.  The famous battle-cry as the rallying of Henry V(some say the VI) at Agincourt, France.

Taking away the purely English bit, it would be fitting to say that many of us and countries are under the cosh and need a reminder and rallying cry to wake up to the domination of so called democratic processes in what are regarded loosely as Western Civilised Countries, forget the cynicism when I chuckle HO,HO, HO.
4 MINS OF SENSE AND WELL DONE. INDEED A BRAVE NEW WORLD.
Perhaps we need to look at out dated barbaric faith practices, this does not mean giving up one's religion or belief in God, or being an atheist or whatever, it means as I have written extensively and as that wonderful man said in the video above, 'Find out who you are' or as an age old quote from the East 'Who am I, I am me, Who is this Me'
This me is not your degree, your wealth, your poverty, your status or any other celebrity, importance of ourself, but that rare quality found in quietness, contemplation, meditation and reflection, and if one is successful in that quest, rare glimpses come of a great expansion of mind, compassion, a feeling of oneness, a unity with creation which does not belong to any faith, cult, doctrine, the atheist can experience this as well as a religious devotee.  One finds one's humanness as well as a sort of feeling of Divinity.

Gandhi Quotes on Human Being

"A man is but the product of his thoughts what he thinks, he becomes."
"A man who was completely innocent, offered himself as a sacrifice for the good of others, including his enemies, and became the ransom of the world. It was a perfect act."
"A weak man is just by accident. A strong but non-violent man is unjust by accident."
"As human beings, our greatness lies not so much in being able to remake the world - that is the myth of the atomic age - as in being able to remake ourselves."
"I look only to the good qualities of men. Not being faultless myself, I won't presume to probe into the faults of others." 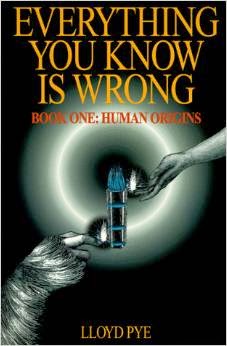 My dear late friend Lloyd Pye wrote a book which I am extremely happy to have his signature 'Everything you Know is Wrong' a brilliant read.
Everything You Know Is Wrong (EYKIW) is the product of years of research into human origins, spanning everything from the oldest known recorded histories of the world to modern genetic discoveries. In it, Lloyd Pye postulates his alternative view of human evolution, now called "Intervention Theory." This new theory stands separate from Creationism, Evolution, and Intelligent Design, and explains many of the conundrums left unanswered by those other theories. The book contains endlessly fascinating insights into just how much of what we think we know is wrong, from the very beginnings of life, to the highly inaccurate map we all accept as Earth's surface, to the evolutionary impossibility of the Cambrian Explosion, and the likelihood that Miocene Apes walk among us today. This book provides any reader with a profoundly altered world view.

Dear Lloyd took a lot of flak over that, he challenged the 'establishment' and he then went onto do so over his monumental work 'Starchild Project' http://starchildproject.com/.  Like the man in the video above, Lloyd and many others they are not afraid to go 'outside the box'.  This is not to say one should just be angry, feel bitter and try to bring down well meaning, well tried practices and ways of living, but to have an open mind.  Then reflect, be willing to be challenged, research, think it through, watch the bias, the 'oh God no', this is heresy, it is offensive.  Some material maybe, give a fair trial.' 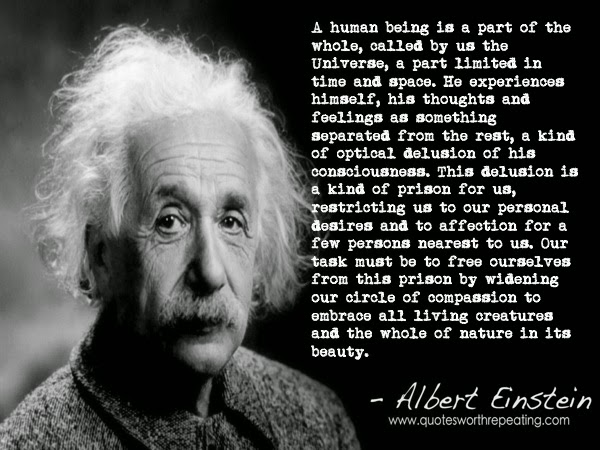 Courtesy www.democraticunderground.com
An AirAsia flight carrying 162 people from Indonesia to Singapore has lost contact with air traffic controllers.
Indonesian Transport Ministry official Hadi Mustofa said Flight QZ8501 stopped communicating with the Jakarta air traffic control tower at 7.24am local time.
He said the plane had asked for an unusual route before contact was lost with Indonesia's Juanda International Airport in Surabaya. The flight was expected to arrive in Singapore at 8.30am local time (12.30am UK time).
One of those on board is a British national, who according to Channel News Asia was travelling with his two-year-old daughter.
The search for the plane has now been called off for the day.
:: Follow live updates with Sky News here
An AirAsia statement said there are 155 passengers on board; 138 adults, 16 children and one infant. Also on board are two pilots and five crew members.
Most of those on board - 149 - are from Indonesia, with six from Indonesia, three from South Korea, and one each from Malaysia, France, Singapore and the United Kingdom.
The Foreign Office says the Briton's next of kin have been informed.
According to air traffic control website Flight Radar , the aircraft was travelling at 32,000-feet over the Java Sea when contact was lost.
Pilot Rakam Singh told Sky News: "As you climb higher the temperature gets lower ... if you hit turbulence you've got more chance of stalling an aircraft if you hit this kind of weather."
He said the chances of carrying out a safe landing after that were low.
2014 has been the worst year for aviation accidents in a decade - largely as a result of the MH17 andMH370 disasters.
A statement on Malaysia based AirAsia's Facebook page said: "AirAsia Indonesia regrets to confirm that Flight QZ8501 from Surabaya to Singapore has lost contact with air traffic control at 07.24hrs this morning.
"The aircraft was an Airbus A320-200 with the registration number PK-AXC. At this time, search and rescue operations are in progress and AirAsia is cooperating fully and assisting the rescue service."
The airline has set up an emergency call centre for family or friends of those who may have been on board the aircraft.
AirAsia co-founder and director Tony Fernandes, who is also chairman of QPR football club and founded UK-based F1 team Caterham, tweeted a short statement saying: "My only thoughts are with the passengers and my crew.
"We put our hope in the SAR operation and thank the Indonesia, Singapore and Malaysian governments."
He added: "On my way to Surabaya where most of the passengers are from as with my Indonesian management. Providing information as we get it."
The incident comes at the end of a difficult year for Malaysia's airlines. National flag carrier Malaysia Airlines lost two aircraft this year.
Flight MH370 went missing on 8 March on a trip from Kuala Lumpur to Beijing with 239 passengers and crew on board.
On 17 July, Flight MH17 was shot down over Ukraine, killing all 298 people on board.
IS THIS ANOTHER MH370 OR MH17?
Have a look at Post 146, also Post 190.  Remembering all the other details given in the back Posts about these flights AND NOW THE EMERGING NEWS THAT MH17 was shot down by a Ukrainian fighter plane.
More on MH 17 it was not a ground to air missile this was an earlier notion.
http://investmentwatchblog.com/new-mh17-sensation-german-experts-point-finger-at-ukrainian-air-force-jets/
Game Changer.
Another Game Changer.
CELL / MOBILE PHONE----DANGER  2mins
Giants climbing Mexican Volcano. 6 mins. Many have testified to this and some scientists have seen them and UFO entering and leaving Volcanoes.
Japanese Mystery.  5 mins.
Nassim Haramein mentions in a video the reasons why UFO's use Volcanoes.
Nassim Haramein. 5 mins.  Also scroll down to picture of an ET Hybrid in Post 2 and other ET stuff.
Something strange is happening to astronauts.  19 mins
A MOST, MOST IMPORTANT AND SIGNIFICANT VIDEO.
19 Days detention for what?  10 mins

Great News Out of Canada This Week!

The poll we commissioned last month — thanks to the generous support of so many of you — shows that Canadians are with us in supporting a parliamentary review of 9/11. Among the most important findings are:
Based on these results, it is clear that Canadian and American elected officials and members of the news media are operating in a different reality from almost everyone else.
Nevertheless, it is our mission to keep up the pressure, and these results will be of great use to 9/11 activists — particularly in Canada, where the push for a parliamentary review continues ahead of the procedurally imposed January 17th deadline. Next week we will mail the results to every Member of Parliament, while continuing to contact every Canadian media outlet.
Visit ReThink911.ca to view the full results and press release. Thanks for making this one possible! 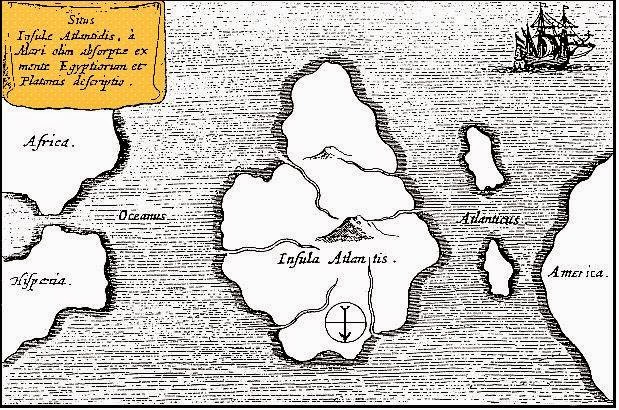 'Nothing similar has ever been found. We knew orichalcum from ancient texts and a few ornamental objects.'

You know when things get bad for a government they create a massive distraction Could it be ISIS is that distraction and while we are looking the other way-----Hey Presto----God forbid the mushroom cloud as was said(nuclear device). This would give the authorities the go ahead to shut down the internet and mobile / cell network, to declare Global Lock down and Martial Law. That is why the above videos are VITAL.  HOW LONG WILL THEY REMAIN BEFORE YOU TUBE AND GOOGLE SUCCUMB before their masters order them to be taken down by some excuse or another?

French President uses then word Illuminati several times. Some people are saying the translation is not correct?  Well look and research the history of  Al lQueda  and ISIS and he may be spot on.
Ha well.  Take Care and Be Well
Geoff.
Posted by GEOFF FREED ONLINE at 09:33