Hi This is a special greeting on a special subject.
CHEMTRAILS
I know you must be fed up with the subject however, I urge you to watch this 61 min documentary, and I know it is with translation and can be irksome.

Absolutely Brilliant and really worth looking at. 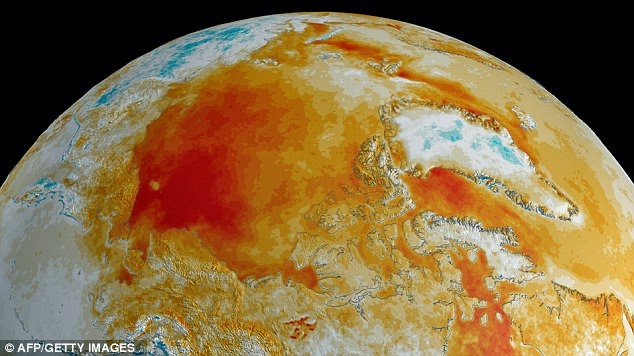 Global warming stopped 16 years ago, Met Office report reveals: MoS got it right about warming... so who are the 'deniers' now?

By DAVID ROSE FOR THE MAIL ON SUNDAY
PUBLISHED: 01:12, 13 January 2013 | UPDATED: 01:13, 13 January 2013
Read more: http://www.dailymail.co.uk/news/article-2261577/Global-warming-stopped-16-years-ago-Met-Office-report-reveals-MoS-got-right-warming--deniers-now.html#ixzz3OiwFkGFO
Follow us: @MailOnline on Twitter | DailyMail on Facebook
Last year The Mail on Sunday reported a stunning fact: that global warming had ‘paused’ for 16 years. The Met Office’s own monthly figures showed there had been no statistically significant increase in the world’s temperature since 1997.
We were vilified. One Green website in the US said our report was ‘utter bilge’ that had to be ‘exposed and attacked’.
The Met Office issued a press release claiming it was misleading, before quietly admitting a few days later that it was true that the world had not got significantly warmer since 1997 after all. A Guardian columnist wondered how we could be ‘punished’( Quote from article)
Read more: http://www.dailymail.co.uk/news/article-2261577/Global-warming-stopped-16-years-ago-Met-Office-report-reveals-MoS-got-right-warming--deniers-now.html#ixzz3Oix2GxCZ
Follow us: @MailOnline on Twitter | DailyMail on Facebook


I PLEAD WITH YOU TO SEND THE LONG FILM OUT AND TRY TO GET IT TRANSLATED INTO MANY LANGUAGES. IT IS SCIENTIFICALLY SOUND AND IS A GREAT WORK OF TRYING TO WAKE UP PEOPLE AND GET CHANGE GOING.  READ SOME OF THE COMMENTS BELOW VIDEO ONE LOVELY ONE : 'THEY STOP THE PLANES AND CHEMTRAILS WHEN THE PRESIDENT VISITS OR IS ON HOLIDAY' 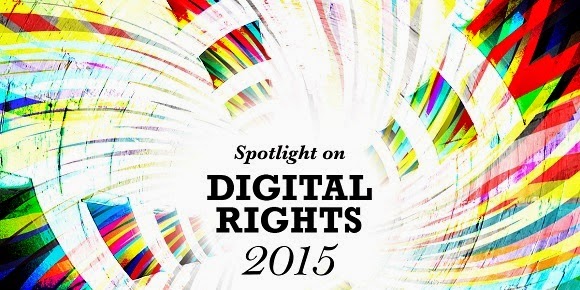 Please Google and read.
Illuminati Cameron wants a huge downer on the Internet.  Read in above Access before it is too late.  He is a Fracker, a Fluoride lover and in love with GMO foods.

This evening's clip is a corollary
to the one broadcast this morning,
captured by the TV channel,
France 24, in which we see that
the Charlie Hebdo "terrorist" either
shot a blank at the cop, who was on
the ground, allegedly wounded and
defenseless on his back, to receive
the bullet that was aimed at his head,
at point blank range, to be coldly
"finished off."
There's what looks to me an outside
possibility that a real bullet was shot;
but that it missed and bounced off the
sidewalk. However, due to the lack of
any damage to the sidewalk, to say
nothing of the lack of any damage to
the cop's head, which would have
exploded like a watermelon, from a
7.32x09mm round shot at point blank
range and the lack of any sign of blood
produced by the shot, at the time
of the attack, per the footage, after
which the "terrorist" went running back
to the escape vehicle, it appears to me
more likely that the "terrorist's" AK-47
was loaded with blanks.
(A magazine or more of blanks used in
the Charlie Hebdo incident could raise
questions about the status of the rest of
this shooter's victims. But we'll leave
that aside, for now).
In this Sky News broadcast, the presenter
makes a Freudian Slip, when he says: "You
can see the blood on the ground, which
has been put there..." The reporter then
corrects his story, "Because of the blood that
was shed there yesterday."
I'd go with A) "Put there" because we didn't
see any B) "Blood...shed there," during the
shooting, wjhich we saw in this morning's video.
Not a drop.
The intrepid reporter continues, "The spot
where he fell, has already been marked by
candles, by some flowers, which have been
laid here. This area was largely cordoned of
f last night."
What? So, after a murder, the cops allow
everyone to pass through the area where
a fellow cop was murdered, in cold blood
allowing contamination of the crime scene?
My two cents say that when the cameras
were gone, blood was ladled out upon the
Parisian sidewalk, in order for the mainstream
story to coagulate...
Video (2 mins):
I appreciate the above may anger many of the readers of this Post however, I merely report what I have to report. After all I did with 9 / 11, 7 /9, MH 370 and many others, I have copied this from Forbiddenknowledge and as usual it is up to you to make up your own mind.
This is footage of the Charlie Hebdo
shootings which has been restricted
or taken down from a number of
websites. As you will see, it contains
no blood, gore or graphic violence.

It does, however punch a major hole
in the official story. 3 mins
https://www.youtube.com/watch?v=Es8BztUYUfk
Ellen Wood Montage.  5 mins. This remarkable lady keeps on keening on.  Good on yer Ellen.
NOW THE BBC DOUBT THE CHARLIE HEBDO .  IF THE MAINSTREAM ARE DOUBTING THIS THERE HAS TO BE SOMETHING IN IT.  3 mins
A REAL EXPERTS OPINION. 2 mins
http://www.disclose.tv/action/viewvideo/194698/Proof_Charlie_Hebdo_Attack_Was_a_False_Flag/  Best one of all.
The general public will rebel against this and cry conspiracy.  However whilst I deeply and sincerely sympathise and send condolences to the bereaving family's they have a right to know who really murdered their beloved ones.
http://www.disclose.tv/news/Extraterrestrial_message_LIVE_on_UK_TV_station_1977/112830
In Post 165A I mentioned this story briefly
RUSSIA HAS CUT GAS TO EUROPE BY 65%

The headline in the UK today…
A lack of exercise could be killing over 600,000 people in Europe every year, a 12-year study suggests. University of Cambridge researchers said about 676,000 deaths each year were down to inactivity, compared with 337,000 from carrying too much weight.
Extend the same results to North America where the infrastructure is mainly designed for cars and up to 2 million deaths throughout Europe and North America every year could be the direct result of not walking my recommended ‘fast 3-5 miles per day (4-8km)’. This puts it on a par with deaths from medical treatment.
To be Really Clear
The really interesting outcome was that walking was beneficial for people of any weight although obesity and inactivity often go hand in hand. Even more strange is that thin people have a higher risk of health problems if they are inactive. And obese people who exercise are in better health than those that do not.
The study, published in the American Journal of Clinical Nutrition, attempted to clarify the relative dangers of inactivity and obesity.
The Moral of the Story?
Nancy Sinatra sang, ‘These Boots are made for walking’, but it should have been ‘these legs are made for walking’. Failing to walk every day risks your health, your independence, your sanity and as this study shows, your very life. Strolling around shopping is not walking. Walking is long strides and steady breathing.
See the walking extract taken from my book here: (COURTESY Robert Redfern---'Good Health Naturally).

email to friend   printer friendly
19 January 2015
Post-menopausal women who are satisfied with their lives have higher bone density and are less likely to suffer from osteoporosis, a new study has found.

Women with this positive outlook suffered 52 per cent less bone density loss than others who were dissatisfied with their lives. Changes in attitude over the 10 years of the study also affected bone density levels. Women who became more depressed over the decade saw their bone density weaken by 85 per cent compared to those who maintained a positive outlook, researchers from the Kuopio Osteoporosis Risk Factor and Prevention Study discovered.

Earlier studies had found that depression has a negative impact on bone density and the likelihood of osteoporosis, and the researchers wanted to find out if the reverse was also true: that a positive outlook helps maintain bone density levels.
They tracked the mental well-being of 1,147 women, whose bone density levels had been measured in 1999, and asked them about their interest in life, their happiness and whether they were lonely, before carrying out fresh measurements in 2009.