Heartfelt condolences to the Families who are bereaved by the atrocities in France. It shook me up as it did many people around the world. It has taken me a bit of time to say this as the impact of world atrocities mount up and this is nearer to home so to speak. Never the less Heartfelt healing and compassion to all who suffer at this awful period of hate and malice.
Hello and greetings.  Where do we go from here?  Good question. For many it is the same old, same old. The boring job, the competitive rush, much money and run out of thrills, meditation and serenity, illness and war torn survival, One hundred Million Stars in the Andromeda Galaxy, having a baby, growing up and fun, living the good life, drugged up, depressed, paranoia, happy go lucky and so many other scenarios, a huge celebrity then crashes when worn out, the ups and downs.  Such is Life, what is Life, growing my own food, living off line and road, a world leader, a terrorist, a sick minded abuser, a PH.D, a moron.  An enlightened person said to have reached Nirvana, Liberation, a Messiah, a Star that is born and lasts billions of years, an insect a few days.

100 Million Stars in the Andromeda Galaxy
Image Credit: NASA, ESA, J. Dalcanton, B. F. Williams, L. C. Johnson (U. Washington), PHAT team, R. Gendler
Explanation: What stars compose the Andromeda galaxy? To better understand, a group of researchers studied the nearby spiral by composing the largest image ever taken with the Hubble Space Telescope. The result, called the Panchromatic Hubble Andromeda Treasury (PHAT), involved thousands of observations, hundreds of fields, spanned about a third of the galaxy, and resolved over 100 million stars. In the featured composite image, the central part of the galaxy is seen on the far left, while a blue spiral arm is prominent on the right. The brightest stars, scattered over the frame, are actually Milky Way foreground stars. The PHAT data is being analyzed to better understand where and how stars have formed in M31 in contrast to our Milky Way Galaxy, and to identify and characterize Andromeda's stellar clusters and obscuring dust.
So where does this leave us? The you's and me's of this world. Fighting for our independence, demanding justice, religious bickering, politics, family squabbles, perhaps living until we are 100 yrs old or dying of a war wound at 21 yrs of age, a baby dies of cot death, a millionaire proud and powerful, a street homeless beggar, a monk with only a begging bowl, a teenager full of Life, an old cantankerous person, a wheelchair bound one, a world famous athlete.  Then death swallows it up, all the achievements, some not wanting to leave, others reflecting on the glory they had and die satisfied, ah yes the mystery of Life, and again what is Life?

Again this begs the question as above can we guarantee being always safe, secure, healthy, happy, content. How do we live with ourselves? Some of us bury our discontent, some play it out on others, some just look the other way or enjoy being awkward and wind others up.  Project our crap and blame everyone and thing as someone else's fault. One can go on and on. I feel the answer is not out there but inside oneself so to speak. I do not know the answer, and I don't feel there is a definite answer to all Life's cameos, I feel Life points out our non conformity to life by being sensitive to Life and it will give one a shove when not in sync.
However, when things are going well, say a nice family, a good job, a safe country we can lose sight of the mystery and when the wheel drops off it is much harder to deal with it. A contemplation about life, even on the bus or train will awaken the quest and the hunger to know the secret of Life. The Hundred Million Stars and the Life of 8 billion people on Earth. The Life of a star a few Billion Years for a human maybe to a 100 years. Does a star get sick, humans do what have we in common, we are born and we die. So what was the purpose of being born in the first place? Only the Great Mystery, The Source, The Creator has this answer, or maybe the creator(if you believe there is one) is trying to find out as well. A Big Bang, or the Universe came out of nowhere, no God, no Creator, an accident, OK, still the mystery remains. 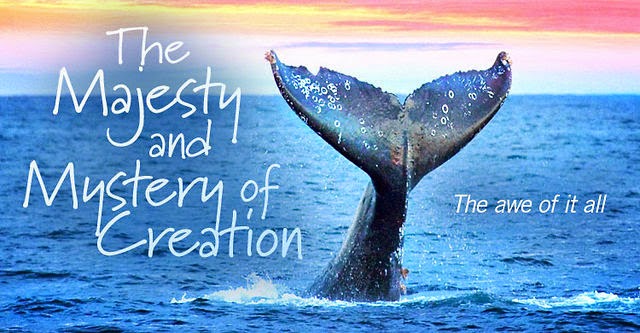 I Posted this in Post 52 and you can see how much has been taken away and here is what I said about this as a quote from that Post.
All the writing and explanation is merely my frustration and ego wanting to know, to understand, to be sure I survive, I am safe in my explanation, it may give me an intellectual buzz, a sort of cocky smug ego medal, I know I have the explanation, I'm an academic, a scientist, a priest, an agnostic, an atheist, a lawyer, doctor, King, President, I think I know, I have faith in the doctrine, and yet there is in more real and less heady moments, which is when I am really truthful, I really do not know. An old cockney saying  'I know 10% of precisely f--k all'.
My understanding now is nada(nothing -Spanish), it is simply a mystery and I sit with it, and when I let go of the scientific enquiry, the mind boggling energy push to know, to know I know, when I surrender to the mystery, the mind quietens down, I become centred, and I KNOW without words, without anything but a deep feeling, all is very, very well indeed and this is sufficient unto the day and living.

You know what the doubts have arisen again and I realise without them it would be boring in a way to the ego which thrives on challenge and so on, yes this is because it is obsessed with form, materialism.  Form comes and goes, so the ego tries to make it stick. Firm, safe, secure. Life just aint like that and so we struggle. It seems to me we can enjoy the form Life as long as it is not the ultimate goal and is treated as here today and gone tomorrow. 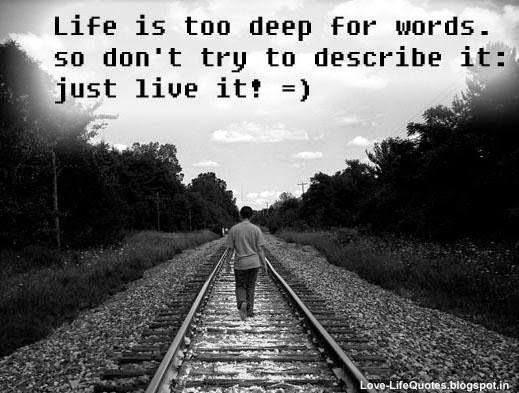 Courtesy wordsonimages.com
So we can get to a point where we give in to Life and its rhythms, knowing we are temporary as a form body being, all flesh and form is born, lives and dies, and that hoarding is useless in a way as a great Being said 'Sufficient unto the day' and I feel this is a hard lesson to learn in today's glamour and temptation.  I do not the answer for you or me, all I know without the mystery Life would be stale for me, and it is the mystery that drives me on, not to solve it intellectually as I feel that is nigh impossible, but to become the mystery or rather accompany it on its journey and where it goes I hang onto to its coat tails.

The end or the beginning? 7 mins
A real Flying Car. 3 Mins.
Where's Google going next. 24 mins 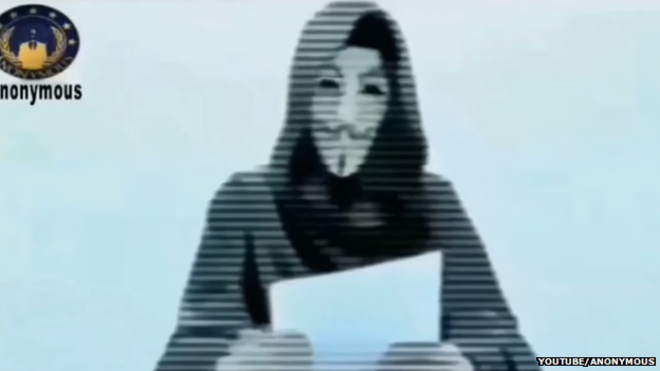 Longevity  in Japan and disappearing.  18 mins
http://articles.mercola.com/sites/articles/archive/2015/01/13/10-important-fluoride-facts.aspx?e_cid=20150113Z2_DNL_NonBuyer_art_2&utm_source=dnl&
Most, most important to read this through.  Whilst Europe in general have banned fluoride the UK are hell bent to introduce it and their stubborn mania to begin fracking and secretly grow and import GMO foods.  Russia and China are banning GMO foods. Mr Putin said 'if you want and to poison your people its up to you'. By the way Mr Putin is believed to have said, Napoleon couldn't beat us, the German Army could not, and the Americans could not even win Vietnam, Iraq, Libya and Syria, so what chance Russia with perhaps China in a third world War. I suppose the Americas have secret weaponry, then so do Russia and China.  War is a money maker unfortunately.
Daring Bike Stunt. 5 mins  See it right through to end in sub titles.
Another stunt this time in London. Wow

SOLAR FLARE AND RADIO BLACKOUT: Sunspot AR2257 erupted on Jan. 13th, producing an M5-class solar flare at 04:24 UT. A pulse of extreme UV radiation from he flare ionized Earth's upper atmosphere over Australia and the Indian Ocean. Mariners and ham radio operators may have noticed a brief communications blackout at frequencies below about 10 MHz. This map from NOAA shows the affected region:

We do not yet know if the flare also produced a coronal mass ejection (CME). If so, the plasma cloud will probably miss Earth because of the sunspot's off-center location on the solar disk.
More flares could be in the offing. AR2257 has an unstable 'beta-gamma-delta' magnetic field that seems poised to explode again. NOAA forecasters estimate a 40% chance of M-class flares and a 10% chance of X-flares on Jan. 13th.  (Courtesy spaceweather.com) PLEASE BE AWARE OF MY COMMENTS IN AND ARTICLES:
http://www.energygrid.com/destiny/geoff-freed/2010/10.html
and
http://www.glcoherence.org/monitoring-system/commentaries.html?mtcCampaign=9228&mtcEmail=13526879 ( Long but extermely importan)

I know MH 17 AGAIN Yes but this is the best, the very best, James Corbett who I feel is the best of the Investigative Journalists who are now frightened to the very core by the satanic Governments of the world so have jailed them, killed their families and the rest. This 1 hr. 7 mins is one of the best investigative works as it involves a community of people world wise who have fed the information into James. The way he puts it together with authentic documentation and invites you to research for yourselves with loads of links, names, back ups is TRULY WONDERFUL AND AMAZING.
I TRULY HOPE AND PRAY YOU CAN READ AND LOOK AT THIS.  HE DID THE SAME WITH 9/11 AND HIS SITE IS AMAZING.
UNTIL NEXT TIME.
Be Well. Geoff
Posted by GEOFF FREED ONLINE at 03:50