Hi there. I trust all is well that can be well.

Portals in space by NASA.  5 mins
I have a different take on this.  If you wish to read this very early take on it, this can be found in http://www.energygrid.com/destiny/geoff-freed/2009/03.html.
The video above describes a form of entanglement which to me proves the interconnectedness, the interrelated in dependency of a seamless one Universe and its components which are entangled on all levels. A hologram of Universal fractals, the weaving and entwining oneness we all all share. 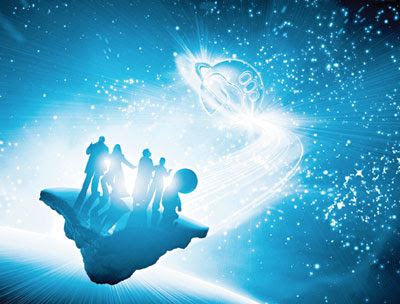 Courtesy www.dailygalaxy.com
Sometimes when I sit upright and still, connect to my breathing and seem to travel somehow into a different mind set, I know this to be when my brain waves alter due to breathing and becoming still and inwardly aware, I experience a feeling as in the image above, of witnessing as if 'standing' at the shore of the vast ocean of the Cosmos and feeling at one with it, not as a flesh body but a joining of consciousness, an awareness of the vastness, yet intimacy of that joining, that entanglement. 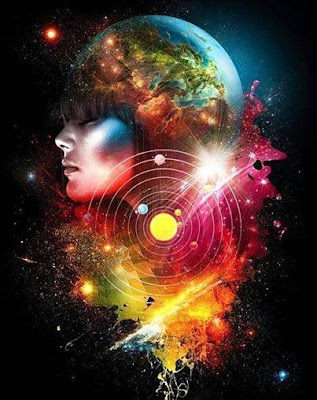 Courtesy rosamindpress.com
Then there are moments which I feel 'Mother Earth' in her care and kindness and a great wave of love envelops me, whoever me is when just as awareness and I feel uplifted, at home, grace pervades the emptiness of space, this is an eternal energy, a consciousness far from the mundane, yet it feeds my soul, nutrition to the mind and a recharging to the physical house of my body. 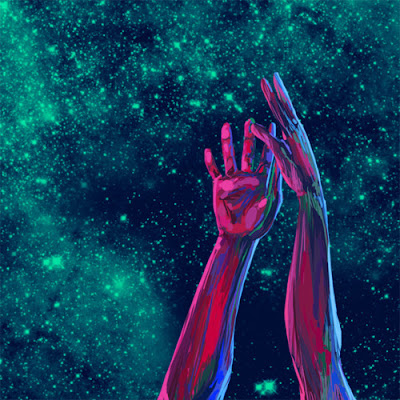 Courtesy rebloggy.com
By sitting still and just relaxing and letting thoughts go by as clouds in the sky so to speak, I sense as if 'spiritual energy hands' are reaching into the unknown and on occasions I find the awareness and  the loss of bodily sensation, kind of frees the awareness from the body, from the brain and seems to expand into space. Yes it is an emptiness of a sort, at times dark, at times mellow or bright. Yet there is a comfort, an assured security in nothing tangible to the five / six senses.  I have a notion that on the demise of the body, our awareness goes into this dimension, also I have a sense that our habits, stern stubborn beliefs, our traumas can bring us back to another Planet Earth body in order to relinquish these and move on. We may have to work out these left overs so working them out in relationships and experiences until we see the light and move on.  The choice is ours. 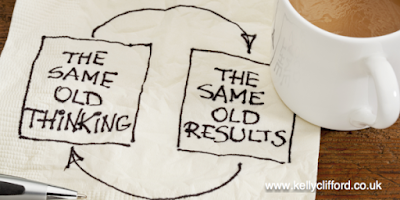 Courtesy www.kellyclifford.co.uk
Many may say reincarnation is rubbish and many may say meditating is just an escape and another cop out, an addiction, a running away from a harsh world reality, not being able to have a psychological coping mechanism or support circle. 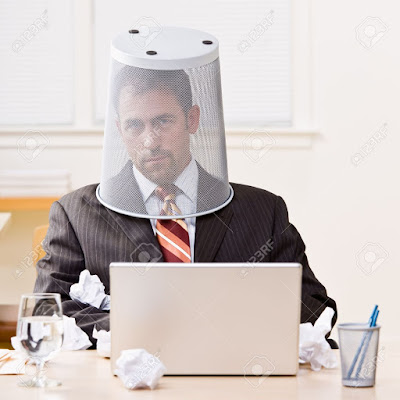 Courtesy www.123rt.com
Maybe as in the image above we may feel trapped in a job we do not like, feel life is passing us by, what's  the point, same old, same old, the mortgage, the pub, the annual holiday, repeat TV and so on, so meditation may help to give an intuitive knowledge about the real meaning of life. 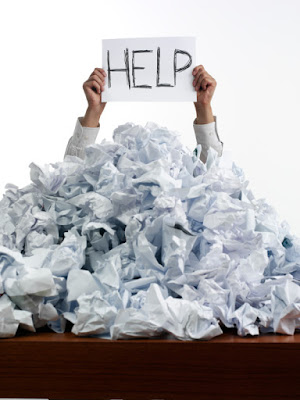 Courtesy fbresearch.com
Then the political scene, terrorism extreme, government response in cutting human rights, surveillance from every angle, welfare cuts, poverty, extreme weather, bogged down by seeming endless horror and tragedy so feeling weighed down and hopeless to alleviate the world condition, trapped in a foreign country between borders, a sense of powerlessness, hopelessness and depression, seemingly buries many under the stress of living--- what's the point.  I have felt this many times and at one time sort out relief in many forms including running away and going off grid.
I lived in Minorca for a while as a kind of hermit, then the Findhorn Community and many journies to far places.  For me I took the head trash with me, my baggage went with me.  My challenge was 'could I live in society with all its stuff and live with it' . Believe me Forensics deal with the gutter of human experience and then listening to peoples agony in counselling and psychotherapy took me to the shadow side of psychological depths.  I witnessed many a healer, psychologist, psychiatrist, doctors and nursing staff go down under the pressure or find some relief in alcohol, sex fantasies, weirdo behaviour and mental illness, I witnessed some scientists go off the rocks when discovering the emptiness of the quantum world. 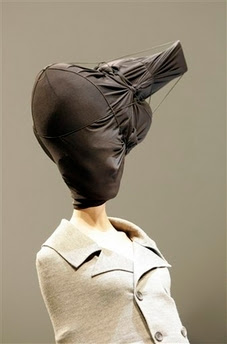 Courtesy wannasmile.com
To me religion was of no use, it merely gave my 'head' an escape and I wondered where God had gone and why so many wars were fought over the 'right to God's ear alone'. Guru's were demanding loyalty, my Japanese and Chinese teachers were 'kind of hard' and would not allow attachment to them, if you tried long enough, you were asked to leave.  I needed a way that was simple, that worked for me, that I considered not 'addictable'  that proved to me that I could be in the world and yet not of it at times. Also kept my sanity, and for some periods of time left me calm, aware, loving and generous, also to live alone if needed and not get all my approval from outside. For me meditation fitted the quest.
This does not mean my life at present is smooth, blissful and totally satisfying.  There are still ups and downs, however the turn around's are faster.  You could say age and some meagre finance makes it so.  But this has gone on for many a year now and I face serious financial problems and health issues due to recent events and change of law. 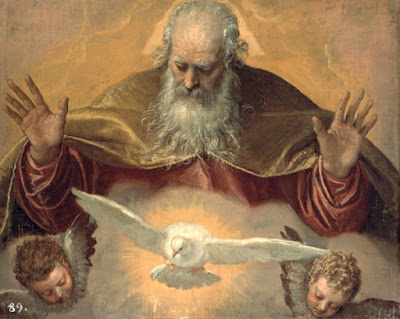 Courtesy  www.myartprints.co.uk
So what about God and the angels now? I firmly believe in God, not as a human, although I feel many a great person has found God as an experience, a deep feeling within themselves and not necessarily religion, ism or cult.
I feel in that stillness there is a feeling of inner knowing that there is an intelligence throughout that 'Emptiness of Divine Eternal Space' that feels right and not just a belief.  It is an experience not a belief. If that experience becomes a belief then it is more head trash. 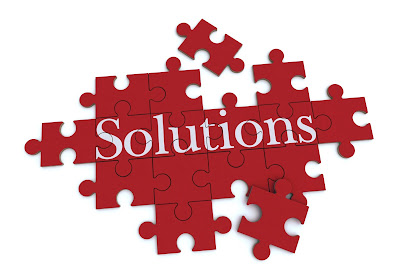 I chuckled when I downloaded an image to illustrate the text because many of peoples problems are with tax relief, by the way all the images are merely to illustrate the text and are not those of the artists who gave them to be generously downloaded.
The power mongers, war lords, politicians, religious leaders,general public, industrial and military leaders and so forth, could or would actually sat down and meditated and found this loving energy, this quiet stillness away from the busy head buzz of head trash, the trash that feels to them real, solid, and who cares if it it is transient, impermanent, not solid as atoms show, there is no after life, this is it, so I will enjoy all, take all and f--k all. Then there is little hope.
However, through sheer weariness running out of every conceivable thrill, stronger drug, daring experience, multiple relationships, deadening the mind with more Hollywood block busters, just maybe many will seek inner peace as it seems political external peace is far from becoming a real consciousness.
So give the 'be still and know God within thee' a chance feel the peace and know that this maybe the saviour we are after.  The Knight in Shinning White Armour is within our hearts and is eager to come to those who open the doors of their hearts and let the Saviour pour out, spread the peace heart to heart and the web of Love melt the hard and stony hearts of those whose love is for material gain at the expense of their human sisters and brothers and Mother Earth.
Stephen Seagal  26 mins
http://fktv.is/the-game-for-privacy-is-gone-mass-surveillance-is-here-to-stay-julian-assange-27477   A video is in article.

Maybe there is another mass surveillance, the peering into the heart and a network of heart surveillance, the internet of the heart, the downloading into our brain hard drives and neuronal networks, the world wide web of hope, peace and loving care.
As 2015 comes to an end maybe we can see the light at the end of the tunnel and bless 2016 with a real determination to bridge the gap of fragmentation and join in a Universal Unity of One World, One Humanity and One Divinity.
From My Heart to yours. Be Well and at Peace.  Geoff

A WORLD THAT WORKS FOR EVERYONE EVERYWHERE.

Posted by GEOFF FREED ONLINE at 04:02