Scientist claims he's discovered a magnetic 'sixth sense' in humans
We can sense more than we see.  (SEE POST 270 FIRST PLEASE)
FIONA MACDONALD
A researcher in US thinks he might have finally found evidence of humanity's sixth sense - the ability to detect, in some subconscious way, Earth's magnetic field.
The ability to sense Earth's magnetic field has been confirmed in birds, insects, and some mammals, which they use to migrate and orient themselves with the world around them, and now geophysicist Joe Kirschvink from the California Institute of Technology says he's identified it in humans for the first time.
Best of all, Kirschvink claims his results can be repeated and verified - something that previous experiments hinting at our magnetic sense - or magnetoreception - have failed to do.
"My talk went really well," Kirschvink told Eric Hand from Science magazine after presenting his results in April at the 2016 meeting of the Royal Institute of Navigation in the . "Nailed it. Humans have functioning magnetoreceptors."
To be clear, Kirschvink has so far only presented the results of a very small trial involving 24 participants, and he's still in the process of writing up the paper, so nothing has been peer-reviewed as yet.
That means we're taking his word for the conclusions for now, but he's just received US$900,000 in funding, and is working with labs in  and  to help confirm them. While claims of human magnetoreception havebeen debunked before, experts think this might be the real deal.
"Joe's a very smart man and a very careful experimenter," physical chemist Peter Hore from the  - a leader in the magnetoreception field who wasn't involved in this research - told Hand. "He wouldn’t have talked about this at [this meeting] if he wasn’t pretty convinced he was right. And you can’t say that about every scientist in this area."
So how would humans be able to detect a magnetic field that we can't see with our own eyes? We now know that it's not only birds and butterflies using the ability - mammals like dogs use Earth's magnetic field to help them poop along anorth-south axis, and wood mice and mole rats build their nests along the magnetic field lines. But there are conflicting views on exactly how they do this.
There are two leading hypotheses to explain the underlying biological process of magnetoreception: one camp thinks that Earth's magnetic fields could triggerquantum reactions in proteins called cryptochromes. These proteins have beenfound in the retinas of birds, dogs, and even humans, but it's not year clear how they would feed magnetic information back to the brain.
Another hypothesis suggests that there are actually receptor cells in the body that contain very tiny 'compass needles' made of a magnetic iron mineral known as magnetite, which orient themselves according to Earth's magnetic fields. Magnetite has been found in cells inside bird beaks and the noses of trout, but, again, there's not sufficient evidence to fully explain the ability.
Kirschvink sits more in that second camp, but his real interest isn't in figuring out what's going on, but in showing that magnetoreception is actually happening in humans in the first place. The problem with previous experiments is that they've failed to be replicated - thought to be the result of electromagnetic interference messing with results.
To eliminate that variable, Kirschvink has built what's known as a Faraday cage - a thin, aluminium box that can screen out electromagnetic background noise using wire coils - two floors underground at Caltech. Inside the cage, people sit in the pitch black, and are only exposed to a pure magnetic field with no interference, and no other stimulus.
Kirschvink hooks these participants up to EEG monitors to map their brain activity, and then applies a rotating magnetic field, similar in strength to Earth's, to see if the brain shows any indications of picking up any changes.
He's been able to show that when the magnetic field is rotating counterclockwise, there's a drop in participants' alpha waves.
"The suppression of α waves, in the EEG world, is associated with brain processing: a set of neurons were firing in response to the magnetic field, the only changing variable," reports Hand for Science magazine.
But more than that, the neural response was actually delayed by a few hundred milliseconds, which Kirschvink says suggests an active brain response.
"A magnetic field can induce electric currents in the brain that could mimic an EEG signal - but they would show up immediately," explains Hand.
A similar response was also seen when the magnetic field twisted into the floor - but not when the magnetic field twists upwards or rotates clockwise, which could reflect the polarity of our internal magnetic compass, suggests Kirschvink.
There's a lot more work to be done - a team in  is now replicating the experiments, and a lab in  is beginning their own study following the same protocol. The results then need to be scrutinised by other researchers in the field and published in a peer review journal before we can get too excited.
We've got a long way to go, but it seems like we might be closer than ever before to showing that humans haven't totally lost touch with our sixth sense. And that's pretty exciting. "It’s part of our evolutionary history," says Kirschvink. "Magnetoreception may be the primal sense."
See also Post 224 Addendum Extended, scroll down or read the whole blog or scroll to Weather Effects.  I wrote about my time in the Faraday Cage experiment in Post 67  Scroll down to it.  Also the GCI Commentaries
https://www.heartmath.org/category/gci-commentaries/?mtcCampaign=9228&mtcEmail=13526879 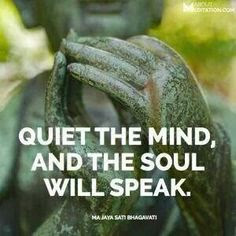 This indicates to me that to know the way, the flow, the cycles, the Great and Little Cycles, the Way of the Mystery of Life, the rhythms, the signs of the times and ages, how all Life is interconnected, interrelated, dependant
independence has to be away from our personal agenda, our accumulated beliefs and culture.  As the saying above says quiet Mind.  Then comes a feel, a gentle knowing beyond logic, like nature, animals, birds and so on they 'Know'.  INSTINCTUAL AS IN DISTINCTION FROM IMPULSE'
BE WELL AND GO WELL. GEOFF

Sleeping Under a Full Moon

Scientists have long been intrigued with the effect of the moon on your body, calling it the lunar effect. A study in the journal Current Biology now suggests that the moon may have a detrimental effect on your sleep quality and sleep pattern.
Using 33 participants in a sleep study lab, researchers demonstrated several changes in sleep patterns.4
Participants slept in a completely darkened room without windows, so the effect of extra light from a full moon would not be a factor. Hooked up to monitors, patients slept the night at the lab, allowing researchers to record how quickly they fell asleep, how long they slept and their brain wave patterns during sleep.
Participants stayed at the lab for 3 1/2 days during the study period. Neither the participants nor the researchers were told one of the factors in the study was the phase of the moon. In fact, at the time the data was gathered, the phases of the moon were not a consideration in the study.
The research took place in 2000, evaluating factors such as melatonin levels, time to fall asleep, time asleep and subjective reports about how well-rested the participants felt. It wasn't until a decade later, the researchers realized their data could be used to evaluate the effect of the phase of the moon on sleep.5
The data shows participants got 20 minutes less sleep during the full moon.
It also took them five more minutes to fall asleep, and more importantly, they experienced 30 percent less deep sleep than they did on nights when there wasn't a full moon.6
The researchers stress further studies are needed to confirm the relationship between the phases of the moon and sleep patterns.
They theorized the lunar effect on sleep may be related to the increased amount of light you are exposed to before sleep on nights of a full moon, or related to a yet undiscovered lunar clock, similar to your circadian clock.7
http://metro.co.uk/2007/06/05/extra-police-to-patrol-on-full-moons-418610/
See Also Post 34 (note should meditation not mediation, also blank spaces where 'you know who' has removed vital information.
Posted by GEOFF FREED ONLINE at 06:50