Hi there and greetings.  Following on from Post 269 A and my comment about super beings, I would like to relate this back to my '1967' writings of which you can find a rough synopsis in:- 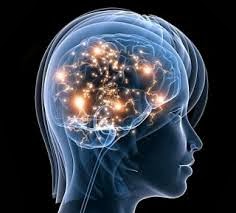 The above image and some to follow show the brain lights up in meditation. The information signals as per many Posts are carried by light, by photons. Also the mind in meditation and similar relaxed state has less intrusive ego buzz thoughts. So it is in a receptive mode. 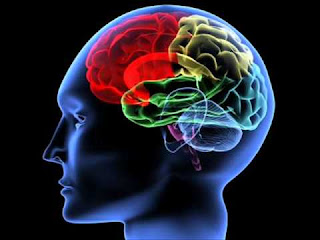 Courtesy www.youtube.com
Again we have the lighted brain http://www.geofffreed.com/search?q=brain+lights+up and scroll down in POST 12.  More of an explanation and of course I feel we are transforming with new energies due to evolution and natural cycles all in '1967' writings. 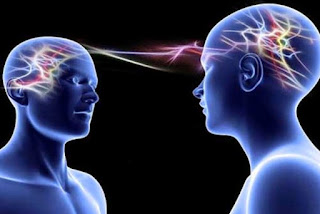 Courtesy  www.psfk.com
I mention we would become more telepathic and intuitive as we 'burnt off' some of the auric sheaths / sheaves we have surrounding the body and now redundant due to the arrival or arriving process of HomoSpirtulana or Aquarian upgraded Light Body.


95% of the neurons (the bits that trigger and fire information) in our brains are in the cerebral cortex, the thin brown layer of jelly that actually surrounds the brain, analagous to humanity's existence on the surface of the Earth. Linking the two hemispheres of the brain is a bunch of fibres known as the corpus callosum. It can be proved that in artists, musicians, left handed people and in those who are comfortable with being out of the norm that the corpus callosum is growing physically larger, and it appears within the last thirty or forty years that this growth increase is exponential, not only in these people but in all of us. The bridge between the left and right brains was the width of a thin pencil a hundred years ago, and I'm assured by a couple of mortician/pathologist clients of mine (really!) that in many people now this bundle of fibres is now the width of one's forefinger. This suggests to me that the interface between the left and right brain in most of us is now considerably more active than it was three or four generations ago. Of course this could be down to our diet. 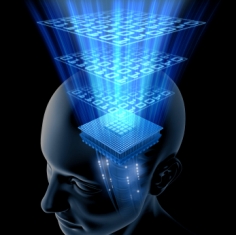 Courtesy torquerelease.com.au
This image above depicts to my view the idea that the Cosmic Rays are doing a job of bringing encoded signals  to the brain and then to DNA  and causing an upgrade.
www.csiro.au/Portals/Media/Our-Galaxys-geysers-are-towers-of-power.aspxAn excerpt from this as follows:

Compare this with 'An article by the Daily Telegraph Science Editor 5th July 1995 revealed the startling findings of scientists in America and Japan.

They normally measure cosmic rays in millions of electron volts. Over the last two years they have measured rays to the power of 320 billion, billion electron volts. To quote the article:
“Something out there –no-one knows what- is hurling high energy particles around the Universe, in this case the most energetic ever observed by scientists…Not even the power released by the most violent exploding stars could account for them. Indeed conventional theory says such particles should not exist…” [from January 2013 Post

Researchers have long known that solar activity and cosmic rays have a yin-yang relationship. As solar activity declines, cosmic rays intensify. Lately, solar activity has been very low indeed. Are cosmic rays responding? The answer is “yes.” Spaceweather.com and the students of Earth to Sky Calculus have been using helium balloons to monitor cosmic rays in the stratosphere. Their latest flight on Feb. 16th measured the highest values yet: The data show that cosmic rays in the mid-latitude stratosphere now are approximately 12% stronger than they were one year ago.
Cosmic rays, which are accelerated toward Earth by distant supernova explosions and other violent events, are an important form of space weather. They can seed clouds, trigger lightning, and penetrate commercial airplanes. Furthermore, there are studies linking cosmic rays with cardiac arrhythmias and sudden cardiac death in the general population. Among patients who have an implanted cardioverter – defibrillator (ICD), the aggregate number of life-saving shocks appears to be correlated with the number of cosmic rays reaching the ground.References: #1, #2, #3, #4.
Why do cosmic rays increase when solar activity is low? Consider the following: To reach Earth, cosmic rays have to penetrate the inner solar system. Solar storms make this more difficult. CMEs and gusts of solar wind tend to sweep aside cosmic rays, lowering the intensity of radiation around our planet. On the other hand, when solar storms subside, cosmic rays encounter less resistance; reaching Earth is a piece of cake.
Forecasters expect solar activity to drop sharply in the years ahead as the 11-year solar cycle swings toward another deep minimum. Cosmic rays are poised to increase accordingly. (At last what I have been stressing for years) Article Courtesy of spaceweather.com see :-
http://www.energygrid.com/futurity/geoff-freed/2010/10.html
Been saying this since 1973. 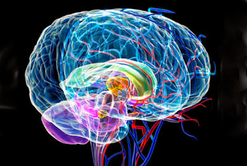 Courtesy  sparklingperformance.com
Putting this together then we have a brain that is becoming  binaural  as seen in Steve Judd above, and from the skull in 'Starchild Project' and the long elongated brains and skull's shown below.
Elongated Skull's of Peru
So it is my contention we  are being upgraded, maybe not to elongated skull's but more like the Starchild one.

With the fast knowledge and information as in video above and the huge energies carrying upgrades to our DNA we will have to have a body with cellular, bone and so forth to accommodate the upgrade.
My guess or hunch is there will be a process and in this successive grades will appear,  Some A new Light appearance body, some skull changes, some more ethereal depending on the capacity and evolutionary status.
Furthermore if we follow the cycles of Old Stone Man to Homo Sapiens, from Mammoth to Elephant, and even in technology electronics, information wise, it gets more compact and sleek.  Maybe we are going so fast we will approach energy levels and just be information carrier waves and light.
http://www.wizzed.com/19-myterious-extinct-human-species/8/?utm_source=yahoo&utm_medium=referral&utm_campaign=weirdhumanspecies5 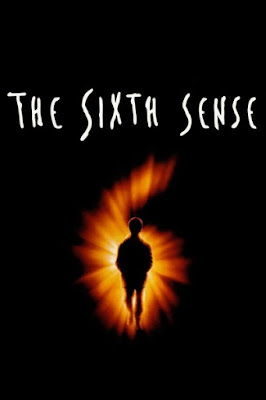 Courtesy www.rogerebert.com
Carry On in Addendum Post 270 A.
Be Well. Geoff
Posted by GEOFF FREED ONLINE at 05:50