Welcome to 2017 I wonder how many of the You Tube or any other things in this Post will be taken down----2017 the year when the elite will fight to the death to get their one world government to function and win.  If they win it will only be a delaying tactic because there are greater forces at work who will ultimately shine through.

As above.  2 mins
Then there was a disclaimer stating that Anonymous did not send the message.  We are getting into mass confusions this year and it is going to be the tactic of the future.  This goes beyond Fake News.  Donald Trump is a cyber and media man this is his forte.

This is supposed to be ---well watch it yourself 8 mins? 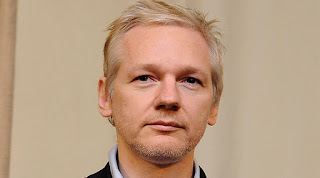 WikiLeaks founder, Julian Assange, has said he’ll stand by his promise to be extradited to the US following Chelsea Manning’s commutation, while promising a “big publishing year ahead.”
In a press conference broadcast on Periscope on Thursday, Assange said he “stands by everything I said including the offer to go to the United States if Chelsea Manning's sentence was commuted.”
READ MORE: Obama commutes much of Chelsea Manning's sentence
"We look forward to having a conversation with the DoJ [Department of Justice] about what the correct way forward is,” Assange said.
"I've always been willing to go to the United States provided my rights are respected because this is a case that should never have occurred,” he added.
You will not believe your ears.  38 mins.
World wide powers given to FBI ---UNBELIEVABLE
In bad taste before Mr Trump is sworn in---they are talking about his assignation---The World's press are saying what bad taste and giving already hostile people a recipe for an attack.  Read  further and research.
http://www.telegraph.co.uk/news/2016/10/18/natwest-backs-down-over-threat-to-freeze-russia-todays-bank-acco/
THEY DID FREEZE IT AND THEN DENIED IT, NOW I HAVE HAVE JUST BEEN INFORMED THEY  HAVE UNFROZEN IT.
INTERESTING THE EU AND USA HAVE BRANDED RT AS A PROPAGANDA MACHINE ON A PAR WITH ISIS.  WHAT DOES THAT TELL YOU?
THE QUESTION WILL PRESIDENT TRUMP DO SOMETHING ABOUT THIS?
CAN IT NOT BE ACCEPTED THAT MR TRUMP BE GIVEN A CHANCE, HE HAS HARDLY WARMED THE PRESIDENT'S CHAIR YET.