Hello. Many years back I researched sound, light and energy healing and medicine and now I am  glad to see that many professionals are taking the early works of scientists forward in a conference named BodyElectric -Summit in October 2019, which is the title of one of the books I read and the work of Dr Popp https://www.biontologyarizona.com/dr-fritz-albert-popp/ and Korotov(https://www.korotkov.eu/light-consciousness-seeing-beyond-the-physical/  (he will not be at this conference) Dr Popp's protege will be)
A great scientist
Absolutely Brilliant---A new study by the University of Alaska

It's a shame that they had to wait eighteen years for the above to arrive, although there have been countless engineers, firemen, reporters and scientists saying the same as the above and more. A personal reflection; I do not feel that Saudi Arabia were the culprits, I say this because should it be officially proved it was a controlled explosion, the planting of the explosives and the computer timing sequences would have to been done and it requires access to the buildings for lengthy times and if it were done by V shaped cuts to strategic pillars a lot of noise would have to been around, it could be done under the pretence of structural repairs, refurbishment and reconstruction. The importance of building 7 and its contents can be found in this link;
https://www.ft.com/content/7d174b42-31fa-11dd-9b87-0000779fd2ac 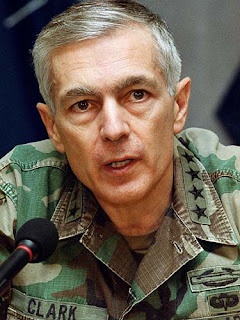 
Complete Transcript of Program, Democracy Now.
https://www.globalresearch.ca/we-re-going-to-take-out-7-countries-in-5-years-iraq-syria-lebanon-libya-somalia-sudan-iran/5166
The  9/11 event gave carte blanche to the USA  to carry out what General Wesley Clark stated above and if President Trump had not sacked John Bolton just this month of September 2019 Iran might have been on the list next. Mr Trump wants out of Afghanistan, Syria and seeking peaceful trading with others. We shall see.
Then there is the mystery of no aircraft parts found on the grounds at 9/11 Pentagon attack only a large hole. There is a suggestion that a rocket was fired and the mysterious outage of the CCTV as coincidentally(?) the same as in the London Kings Cross Underground attack and buses on June 7 2005 the sort of 9/11 in the UK, incidentally the CCTV was out that day and the same firm that installed it at 9/11 installed the Kings Cross installation and it was an Israeli firm. There was at the Kings Cross incident lots of mistakes made in timing, train timetables and the driver of the train who was not aloud to give evidence as the terrorists boarded a train at Luton to come to London and so on.  The original videos in my archives are gone.
https://www.theguardian.com/uk/2006/jun/27/july7.uksecurity