Hello and cheers, Halloween has come and gone and the the party masks and all reflect to me the masks and disguises  of deleterious affairs of wars, politics and the general malaise of the world conditions. Below are some of the examples; climate change and various aspects of technocracy that is threatening our very existence and life styles.


About 13,000 years ago, more than three-fourths of the large Ice Age animals, including woolly mammoths, mastodons, saber-toothed tigers and giant bears, died out.  Scientists have debated for years over the cause of the extinction, with both of the major hypotheses — human overhunting and climate change — insufficient to account for the mega die-off.
Recent research suggests that an extraterrestrial object, possibly a comet, about 3 miles wide, may have exploded over southern , nearly wiping out an ancient Stone Age culture as well as megafauna like mastodons and mammoths.

n the past, the magnetic field has flipped, swapping North and South. The last of these reversals happened 780,000 years ago, around the era of Homo erectus. Weakening of the field has typically preceded these flips, raising questions about whether another flip-flop is imminent. But the field also weakens at times and then strengthens again without flipping, a phenomenon called an excursion.

This link is about the Earth's magnetic field and in my view is is one of the signs of the Big Five Mass Extinctions below and what has been categorised in the POSTS from POST 372 onward's.

y the end of the 19th century, scientists had named four ice ages that occurred during the Pleistocene Epoch, which lasted from about 2.6 million years ago until about 11,700 years ago. It wasn't until decades later, however, that researchers realized that these cold periods came with much more regularity.
A major breakthrough in the understanding of ice age cycles came in the 1940s, when Serbian astrophysicist Milutin Milankovitch proposed what became known as the Milankovitch cycles, insights into Earth's movement that are still used to explain climate variation today.
Milankovitch outlined three main ways Earth's orbit varies with respect to the sun, Mark Maslin, a professor of paleoclimatology at University College London, told Live Science. These factors determine how much solar radiation (in other words, heat) reaches the planet.
First, there's the eccentric shape of Earth's orbit around the sun, which varies from nearly circular to elliptical on a 96,000-year cycle. "The reason why it has that bulge is because Jupiter, which is 4% of the mass of our solar system, has a strong gravitational effect, which shifts the Earth's orbit out and then back," Maslin explained.
Second, there's the tilt of Earth, which is the reason we have seasons. The tilted axis of Earth's rotation means one hemisphere is always leaning away from the sun (causing winter) while the other is leaning toward the sun (causing summer). The angle of this tilt varies on a cycle of about 41,000 years, which changes how extreme the seasons are, Maslin said. "If [the axis] is more upright, then of course the summers are going to be less warm and the winter is going to be a little less cold."
Third, there's the wobble of Earth's tilted axis, which moves as if it were a spinning top. "What happens is, the angular momentum of the Earth going round and round very fast once a day causes the axis to wobble around as well," Maslin said. That wobble occurs on a 20,000-year cycle.
Milankovitch identified that orbital conditions for cool summers were especially important precursors to ice ages. "You’re always going to have ice in winter," Maslin said. "To build an ice age, you need to have some of that ice survive through the summer."
But, to transition into an ice age, orbital phenomena alone aren't enough. The actual causation of an ice age is the fundamental feedback in the climate system, Maslin said. Scientists are still teasing apart how various environmental factors influence glaciation and deglaciation, but recent research has suggested that greenhouse gas levels in the atmosphere play an important role.
For instance, scientists at the Potsdam Institute for Climate Impact Research (PIK) in Germany have shown that the onsets of past ice ages were triggered mainly by decreases in carbon dioxide and that the dramatic increase of carbon dioxide in the atmosphere, because of human-caused emissions, has likely suppressed the onset of the next ice age for up to 100,000 years.
"Like no other force on the planet, ice ages have shaped the global environment and thereby determined the development of human civilization," Hans Joachim Schellnhuber, then-director of PIK and a co-author of one of those studies, said in a statement in 2016. "For instance, we owe our fertile soil to the last ice age that also carved out today's landscapes, leaving glaciers and rivers behind, forming fjords, moraines and lakes. However, today it is humankind with its emissions from burning fossil fuels that determines the future development of the planet."

Why Do Ice Ages Happen?


This discusses the extinction of some of the biodiversity that's is becoming extinct or is extinct and the this is claimed to be 99% due to humanity and yet the argument could be is the natural cycle and a contribution from humanity? Deep and far reaching research is needed to ascertain what is actually occurring. 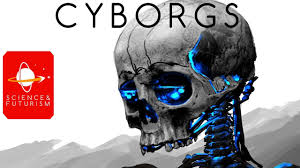 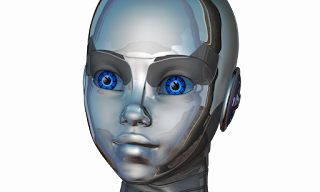 This is the dream to marry biology with computers which in back blogs I have suggested ET have done with their 'organic synthesised Robots' that look like the 'greys' and were  and on the much debated report and yet chronicled by Matilda O'Donnell  Mc.Elroy which are mentioned in 1947, you can see a photo of Matilda in POST 266 February 2O16,  also in my Rendelsham Forest account also by Trent Walton incident. I also refer in back POSTS to Biological craft linked to their navigators as in UFO  and hieroglyphics emitting frequencies or broadcasting frequencies attuned to brain neurons and DNA a sort of biological telepathy.


This is the precursor to the 'Internet of Everything' your Smart Meter connects you to the lamppost or Post Antennae every 320 yards apart or satellite which then connect everyone's data to a central or a private media internet supplier and eventually to a quantum computer and centralised one world government initiator or command center. The local Smart localities of which are being tested now will probably be in the UK Boroughs which already hold information on one through the polling data, medical hospital records, driving licence, council tax and will then be gathering new information from every household Smart Meter, smart phone and device, car and appliances and then will link the data to the national census which will in turn link all the Boroughs in the UK, so eventually there will be no individual Borough but a Centralised Data bank constantly updated by the Smart Meter / lamppost / satellite / network. The only fly in the ointment to world dominance and the whole world Centralised non private corporation only the World Smart World Corporation is the BRICS  as mentioned in POST 364 Remembering 2,  2nd March 2019 and mentioned way back in other POSTS. 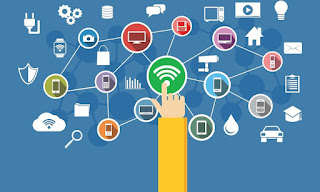 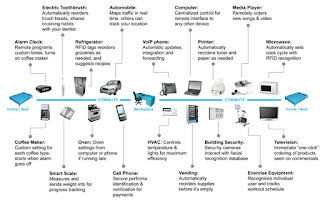 This is the 'Internet of things' this is designed to put chips into every conceivable commodity from hairpins, candles, tiles, toilet paper and you name it, it will have the idea being; every raw material, all manufactured and genetically modified nano article will be accounted for, where it is manufactured, who purchased it, what middle men, wholesalers, retail outlets, online purchases and most alarmingly what business, institution, person or any credit /debit/ store card was involved the price and so on. This way the worlds peoples and manufacturing resources would be monitored with the sales pitch of; no waste, tight control, price fixing abolished and super dooper quantum computer with algorithms that are constantly monitoring the commodities and natural resources so as a maximum of efficiency is brought about to obtain as near maximum sustainability is foreseen and with the robots taking over  with possible large unemployment a 'world living wage could be calculated in the form of a sort of 'pension'. This then coupled with the internet of everything is a nightmare to behold or some say a paradise. 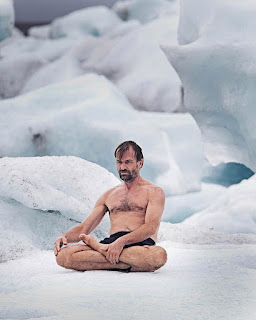 This basically is an idea about cold water showering and bathing. I do five minutes cold showers every morning, be careful it's not for everybody. Some recommend hot /cold alternating showers, the Sauna and jumping into cold pools, however having tried both I prefer just cold.  Of course to the extreme there is Wim Hoff.
https://www.wimhofmethod.com 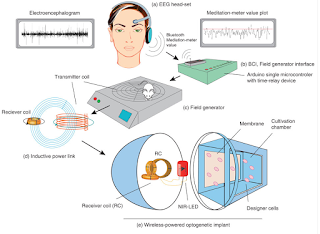 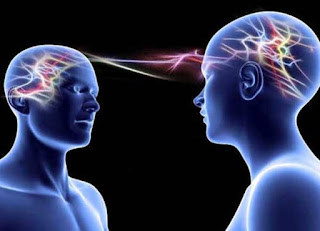 
This is the realm of cyborgs and the StarTrek series with the Borg depicts this is an elementary stage of development and the Borg Cube in the series a kind of a Smart City. Again Hollywood giving the hint of possible futures. Back in 2014 there were predictions in POSTS 135 A,  February 2014 till POST 139 2014 and comments. See the Robots then and one can only assume they were out of date then so now??? and AI and implants??? and of course the issue of privacy and hacking, as if surveillance isn't enough now. 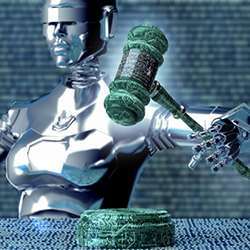 
This opens up a whole can of worms; An AI Judge and would it need a a jury, and would the jury be a robotic one or human. Would AI have the feelings of morality and and humane sympathy or merely stark law and its application and would lawyers be able to have a part in the proceedings? And could a hacker hack the Judge?
This could lead to a battle of Hackers who would be the rulers along with IT geniuses and perhaps a the Robots would eventually get fed up with their sonic fibre optics and synthesized brain tissue being driven zany and do away with humans or make them subservient, already in Japan we have marriages with humans falling in love with their robots and robots marrying robots, it cuts out the emotional 'stuff' and if you can get it BBC did a documentary of a Comedian Sue Perkins and Actress Joanna Lumley(now there is an issue actress and actor should now only be actor as it is gender sensitive, and when I was in Forensics policewoman was taken out a police officer) Joanna's can be purchased on Amazon and Sue Perkins which was fascinating and far more diverse especially about robots in homes and the men who go to 'girly' sessions and other stifled emotional issues and at them moment can only be found on the BBC network iplayers. I have found Sue's on the Internet.


Here we go again; the climate change and I am sure you have seen those discussions; a money making sham or scam and also or a Smart Weather manipulations by AI to give the perfect weather for the up and coming Smart Cities ' Good morning citizens today HAARP announces cool weather of so and so degrees in Planet Earth zones !!!!?? have a nice day'.
Also you can see the censoring of this Professor because she dare s to trespass on the 'politically' correct narrative,which of cause is controlled by the social media which is actually a front for the elite one world Government or the Internet of Everything and of course the another word for AI Smart World Government.  This is the policy of Social Engineering, which is One law, One ethic, and total obedience.


Hey here we go again; notice no ones quite sure and again a controversy over climate change. I still feel climate change is a  natural phenomena acerbated by human pollution.

Posted by GEOFF FREED ONLINE at 05:43