Hello and welcome to some sort of future. By now you will have seen most things regarding transhumanism, eugenics, transgender, robotics, GMO, 5G and the internet of everything, technocracy, however this takes things to a new level even the celebratory parties in Sweden with the chipping implants. Have a look at the videos and if you will the interview with Stelarc and Sophie. 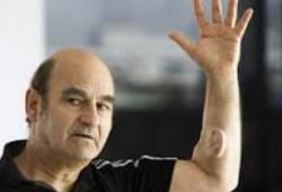 Stelios Arcadiou
A man with three ears will appear at today to talk about his "extra" ear, which has been surgically implanted on to his forearm. Australian performance artist Stelios Arcadiou, known as Stelarc, had the third ear created from cells in a lab in 2006.13 Apr 2009
https://www.rt.com/shows/sophieco-visionaries/469213-stelarc-sci-fi-body-experiments/  A great interview with Sophie and Stelarc.

Reminds me of a Spider man film.  Spider man and Octopus.
Perhaps I am old fashioned or just stuck in a primordial basic belief but I feel that nature does a great job and I feel nature is the handiwork and artistic expression of a Supreme Divine Intelligence and Wisdom and we are created in this form to emulate and express by the gift of free will our creations as a human race and to my mind as to create technologies in alignment with nature which supplies the blueprint and template for further advancements.
Some examples; medical drugs and natures herbs and therapies. Some therapies; hydrotherapy(not Spas) acupuncture, Tai Chi, Qi Gong, Yoga, GMO foods and organic foods, Chemtrails and clear blue unpolluted skies.  It has been mentioned many times in Back POSTS THE FIVE EXTINCTIONS and we are heading for the sixth and that nature can do the job of the next step in evolution and I have a feeling it is none of the robotics we are envisaging.

I do feel that we are heading for a wonderful future if we co operate with nature this is my vision, laugh and mock if you will; Go back to the 'Fire in the Sky' movie which was not altogether correct but to the long interview with Travis Walton and the photos I showed of the Human Like ET's as well as the semi organic grey's which are mentioned in https://archive.org/stream/1947RoswellAl.INTERVIEWMatildaODonnellMacElroy/1947_Roswell%20Al.%20INTERVIEW%20-%20Matilda%20O%20Donnell%20MacElroy_djvu.txt  I am fully aware that this has been rubbished and shredded and all that (see POST 28 16 April 2013 of which the ET is described and the physiology and compare to Travis Walton's experience and then experience of a lady and her children in Northern England who witness two angelic like ET's over her cottage.
Nature can form new species without our help and we may have robotic life forms but under our supervision.

MY FAVOURITE OF ALL UFO VIDEOS AND COMPARE TO THE PHOTOS BELOW. 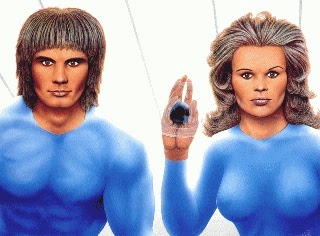 From POSTS.(Travis Walton's interview description and not in film) 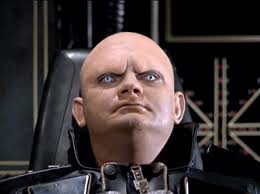 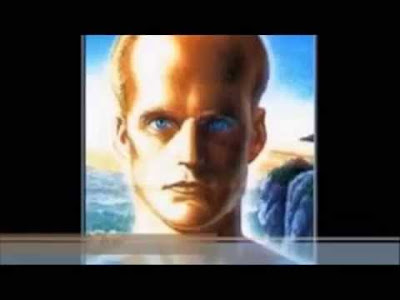 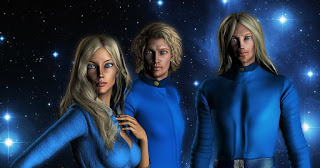 Some POSTS back I said from a link that the US military were adding or modifying certain genes to protect soldiers in battle and so on.
https://www.popularmechanics.com/military/research/a23457329/augmented-super-soldiers-reversible/


These links above go into more detail however here we go again;
Hollywood produced The Bourne Series;
The Bourne films are a series of American action thriller films based on the character Jason Bourne, a CIA assassin suffering from dissociative amnesia who must figure out who he is,[1] created by author Robert Ludlum.
All three of Ludlum's novels were adapted for the screen, featuring Matt Damon as the title character in each. Doug Liman directed The Bourne Identity (2002) and Paul Greengrass directed The Bourne Supremacy (2004), The Bourne Ultimatum (2007) and Jason Bourne (2016). Tony Gilroy co-wrote each film except for Jason Bourne and directed The Bourne Legacy (2012).
Damon chose not to return for the fourth film, The Bourne Legacy, which introduces a new main character, Aaron Cross (Jeremy Renner), a Department of Defense operative who runs for his life because of Bourne's actions in Ultimatum. The character of Jason Bourne does not appear in Legacy, but mention of his name and pictures of Damon as Bourne are shown throughout the film.[2] Damon returned for the fifth installment, Jason Bourne. (Bourne has has enhanced powers of physical endurance).
Then there is the 'Hitman';
Hitman is a 2007 action thriller film directed by Xavier Gens and based on the video game series of the same name. The story revolves around Agent 47, a professional hitman, who was engineered to be an assassin by the group known as "The Organization". He becomes ensnared in a political conspiracy and finds himself pursued by both Interpol and Russian intelligence.  Again Hollywood depicting the future compare this with these interviews allegedly of real life super soldiers and their training;