Hi Folks. Way to go. Fast moving technologies and the rush and crash, the fanatic secrecy and all stops pulled out to implement 'big brother 5G and the internet of everything and its attendant technologies and drastic dystopian  consequences.

Hail bend the knee Big Brother Cometh on steroids. Satellites here and satellites there they seek the eternal world of all revealed and connected, a hive technology where the new currency is data and with that data comes information about everything and everybody with this facility to know every last detail of you to habit, health, your mind an open book and absolutely nowhere to hide and mark my words there will be nowhere to hide and so information, data, data, data will be the name of the game, except it is a sinister control mechanism employed by passionless,  machine minds who seek total control.

Absolutely no research or funds for 5G


A friend of mine has a new smart house with the ring door bell(now the Tech companies are getting permission from the law courts to install video to the doorbells) and he was hacked and this led to his cell / mobile phone (a Smart one of course) being hacked, his computer and his house alarm, despite the assurances that the company has fixed the hacking problem, the hackers are smarter than any new tech stuff and in time they will hack the most sophisticated and encrypted algorithms.


This link refers to Google collecting health data about individuals and a further article, perhaps later on in another POST will show that certain health firms are allowing Facebook, Google and others to have details of your purchases and health and then sold to manufactures to target and market so individuals can be targeted and subtly 'brain washed' to purchase carefully advertisements and so purchase the said item. 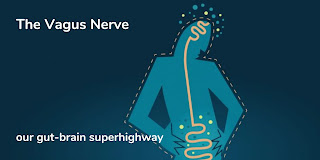 
This is another great detailed article on 'gut health' and the bacteria needed therein. The link explains the gut health and sleep. There is a mention of the vagus nerve and the connection to it and functions.
There is a lot of research going on between the vagus nerve and Alzheimer's; yes humming in a certain way can tune the nerve, also listening to 40Htz sound with headphone for bi-aural or mono. There is a Yoga exercise Brahamara Pranayama that has been found useful. Please research Jonathan Goldman and Jim Donovan.

This link goes back awhile and I have POSTED years ago it is one of those 'won't go away UFO mysteries like Roswell and Travis Walton and so on' this one is about the Carrier Ship Nimitz. 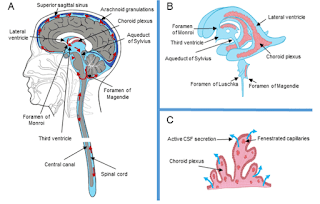 
This link is fascinating; it shows the brain being washed by the spinal fluid in rhythmic, pulsing waves. One of the many functions and sequencing that are being discovered. Many years ago in a private laboratory my friend built a very sensitive apparatus which could measure a tiny tide at full and new moon on the surface of a glass of water and I also saw a very small movement in the cerebrospinal fluid and other body fluids and my suggestion was maybe this put slight pressures on some areas of the brain and so cause behaviour symptoms not usually associated with that individual and also aches and pains, I get head pressure at certain moon phases but this could be gravity and the Schumann Resonance. I have POSTED much about this in my Weather Articles. 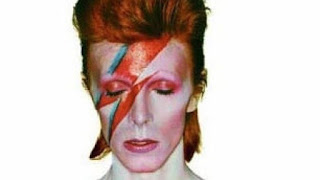 This link urges me to do a HO, HO, HO like Father Christmas; why the HO's well Mars has been a conspiratorial inspiration; these are from my POST 194 'VIBRATION'  December 2nd 2014;
https://metro.co.uk/2014/11/25/nasa-worker-claims-to-have-seen-humans-walking-on-mars-in-1979-4961608/
http://www.dailymail.co.uk/sciencetech/article-2852829/Was-secret-manned-mission-Mars-1979-Former-Nasa-employee-claims-saw-suited-men-running-r
https://uk.news.yahoo.com/nasa-worker-claims-there-was-a-secret-manned-mission-to-mars-in-1979-
Then there was a young man;
Gary McKinnon (born ) is a Scottish systems administrator and hacker who was accused in 2002 of perpetrating the "biggest military computer hack of all time," although McKinnon himself states that he was merely looking for evidence of free energy suppression and a cover-up of UFO activity and other
Gary found out there was a secret interplanetary space fleet that regularly went to the Mon and Mars bases. For more on these go to Dark Journalist and Camelot Interviews.
Well if I say I have information that the above is correct and I will not reveal my source, I can hear the 'hounds baying' of disbelief, I really do not care for closed minded folk, in the light of some of the links above and some astounding breakthrough in future POSTS by scientists and my early forecasts it seems the seemingly impossible is possible and the conspiratorial fantasies are proving to be ever so prophetic rather than conspiracy.

I'll be Posting a few more soon
and well fasten your seat belts.

Also look out for more writings from me in www.shackisback.blogspot.com


ADDENDUM
Some of the world's biggest health websites are sharing people's private medical information with Facebook, Google and Amazon.
WebMD, Healthline, Babycentre and Bupa are capturing sensitive data—such as medical problems and symptoms, drugs that are being taken, and menstrual cycles—and passing it on for targeted advertising campaigns.
The sites are capturing the data without permission, even though it is a legal requirement in the and to do so, by using 'cookies' that monitor activity, an undercover investigation by the Financial Times has revealed.
Drug names that were entered into the website, Drugs.com, were passed to Google's advertising arm, DoubleClick, while queries about heart disease that were keyed into the British Heart Foundation, Bupa and Healthline sites were sent on to specialist online advertising firms such as Scorecard and OpenX.
With the data from the cookies—pieces of code that are embedded on people's browsers—Google and the others can follow the person around the internet, and he will suddenly start seeing online advertisements about his condition or drugs for the problem.
Of the hundred health sites the FT analysed, 78 were passing on the data to DoubleClick, and 48 were also sending medical information to Amazon.
"This kind of data is clearly sensitive, has special protection and transmitting this data most likely violates the law," said Wolfie Christl, a researcher.
Courtesy WDDTY