ALL ABOARD LEAVING AT PLATFORM INFINITY BEFORE EVER AND EVER ----------AHHHHHHH?  YEAR 9001 or Eternity, heee,heee!!!???. Got a return ticket---sorry sir their is none in Eternity----ah well I'll stay stuck here-----boring or safe?  Change is the only thing that is happening even when one seems on hold and stands still, the body ticks away although the mind stands apparently frozen in the known, it really is choice and where do we find the appropriate source for certainty----perhaps to cultivate the quiet mind and take choice from there-- something deep within the psyche feels, not knows---its intuition and learn to discern intuition from programmed brainwashed impulse.

Hello Folks I hope you are not out of breath with this technological race---its like this runaway train it just keeps blowing, moving getting more amazing, fantastic and blowing the mind--hold tight for mind over the hill or outside the box. Here we are stuck in the old paradigm's of religion, dogma, war, austerity and politics which have long ended by their sell by date with medical and pharmaceutical practices some fifty years out of date according to about 900 doctors who are scared  to come out openly because they will be locked up and vilified and yet with all this technology we cannot find world peace or get away from greed, power games and racism with agenda, deceits and whatever, you name it and it happens, so be careful what you name and claim. 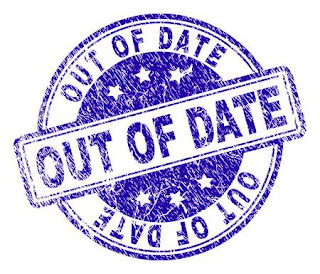 Babies in the womb receive from Mother lots of nutrients and when they pass through the birth canal to birth they get their immunity bacteria 'During birth, bacteria from the mother's vagina is passed on to the baby. This helps to build the colony of bacteria in the gut that contributes to their immunity. After birth, more antibodies are passed on to the baby in colostrum and in breast milk.
We here a lot about gut bacteria now and most inflammations start in the gut and the 'The amniotic fluid is the protective liquid contained by the amniotic sac of a gravid amniote. This fluid serves as a cushion for the growing fetus, but also serves to facilitate the exchange of nutrients, water, and biochemical products between mother and fetus'.

No matter how clever the science something in my mind and feeling is not into the above and designer babies as well. Call me old fashioned, boring and stuck in the mud, I feel nature does a better job. Of course science can help in certain ways in so far as breach births, cesarean and other complications. There is a matter of consciousness science is only now seeing the wonderful oneness in consciousness.
Massively important.  Before all this exposition about healing there has been millions of healing's before the net but now it only proving what early pioneers already did such as; Brother Mandus, Harry Edwards, Henry Thomas Hambling and many others.

Now this is a huge subject; if the internet of everything knows where you are, what you do,what your movements even in your house and it updates itself, imagine what reading your brain by AI can do, if the space in your home and Smart Cities surveillance in the city are known and there is no such thing as privacy then the only bastion is your mind, not now even your mind and probably your subconscious are an open book and the overlords will be on the look out for any thought or movement  of non conformity. The self learning AI will be on the look out remember those above will enhance and develop this technology, so facial and biological recognition, surveillance, thought monitoring and artificial birth, designer babies and cloning---what more one may ask---however this is just the tip of the iceberg. 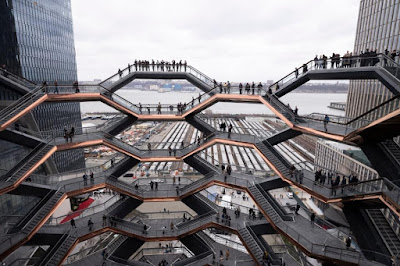 
TREES,TREES, WELL DONE OXFORD
Nice to get back to Nature with all that dry tech.


In my previous POSTS I have given examples of Hollywood films that portray the future and the link above I have mentioned in a few POSTS back and many times; The Bourne series and especially the last one played by not Matt Damon but by Jeremy Renner, Bourne was mind brain washed, Jeremy's character was genetically tampered with and you can see an interview with Duncan O'Finioan (go to you tube and insert his name).

More robots made by the same Boston Works as Atlas.

vaccination forces atypical inflammatory responses in the body to produce artificial immunity74,75 and, today, infants and children are subjected to that process three times as often. The numbers of childhood vaccines have tripled from 23 doses of seven vaccines76 at a cost of $80 per child in 1986,77 to 69 doses of 16 vaccines at a staggering cost of $3,000 per child.78,79

A leading scientist has warned that the safety of the new 5G cellphone network has not been proven—and it could pose a threat to the health of millions of people exposed to the powerful EMF (electromagnetic field) levels from phones and masts.
Joel M Moskowitz, a director at the at the , , is calling for a halt to the roll-out of the new network until independent research establishes its safety.
"Since 5G is a new technology, there is no research on health effects, so we are 'flying blind'," he said. He says there is "considerable evidence" about the dangers from the early 2G and 3G technology, but a lack of government funding has limited independent research into the 4G networks, even though they were introduced 10 years ago.
"We are seeing increases in certain types of head and neck tumors in tumor registries, which may be at least partially attributable to the proliferation of cell phone radiation," he says. The increases are consistent with results from case-control studies of tumor risk in people who constantly use their cell phones.
Dr Moskovitch has been researching the impact of wireless radiation on health after he co-authored a research paper that concluded that longterm users of cell phones were at greater risk of developing brain tumors. He runs an electromagnetic radiation safety website (www.saferemr.com) and is an unpaid adviser to the international EMF Scientist Appeal—which includes 250 scientists calling for a moratorium on the roll-out of the 5G network—and Physicians for Safe Technology.( THANKS TO WDDTY

This is the first time this particular composition has ever been found in nature, suggesting that we're still only on the very cusp of understanding this bizarre form of matter.(Quote from article)

Some time back I mentioned that we humans have crystalline structures in us, see POST 340 April 2018(scroll down). Somewhere in space an organic entity resembling human form may have such a crystalline form and planet, many have seen such worlds in dreams and regression. Then look into liquid crystals and see the similarity between your liquid crystal displays on electronic tablets, your blood and body fluids with cell membranes.

of your body. ... We stand up straight because our body has a skeleton made up of calcium phosphate crystals. We keep our balance thanks to calcite crystals that are found in the inner ear, and we chew with teeth made with apatite microcrystal

of your body. ... We stand up straight because our body has a skeleton made up of calcium phosphate crystals. We keep our balance thanks to calcite crystals that are found in the inner ear, and we chew with teeth made with apatite microcrystal

https://www.nature.com/articles/ncomms1364
In these I mention the magnetic sensitivities in the pineal and ethmoid bone.

'A circadian rhythm is an endogenously driven roughly 24-hour cycle in biochemical, physiological, or behavioural processes. Circadian rhythms have been widely observed, in plants, animals, fungi and cyanobacteria (see bacterial circadian rhythms). The term "circadian" comes from the Latin circa, meaning "around", and diem or dies, meaning "day". The formal study of biological temporal rhythms such as daily, tidal, weekly, seasonal, and annual rhythms is called chronobiology. Although circadian rhythms are endogenous ("built-in", self-sustained), they are adjusted (entrained) to the environment by external cues called zeitgebers, the primary one of which is daylight.


'Chronobiology is a field of biology that examines periodic (cyclic) phenomena in living organisms and their adaptation to solar- andlunar-related rhythms.[1] These cycles are known as biological rhythms. Chronobiology comes from the ancient Greek χρόνος(chrónos, meaning "time"), and biology, which pertains to the study, or science, of life. The related terms chronomics and chronome have been used in some cases to describe either the molecularmechanisms involved in chronobiological phenomena or the more quantitative aspects of chronobiology, particularly where comparison of cycles between organisms is required.

Chronobiological studies include but are not limited to comparativeanatomy, physiology, genetics, molecular biology and behavior of organisms within biological rhythms mechanics.[1] Other aspects include development, reproduction, ecology and evolution.'

So many large blogs back it was stated the whole gamut of biological rhythms are being tweaked, upgraded and decidedly upset until the upgrading and reconfiguration has taken place. (these by the natural upgrade natural energies---and some now in 2019 by geneticists and the Military with medical research)
The upgrade is being tampered by food preservatives, additives, and electronic fog, forthcoming mind/psychic/telepathic interferences, environmental hazards and so forth.
However compensation is in the fact that the raised frequencies will compensate for the 'man made' interferences. The worst scenario is many may fall by the wayside and a slight slowing down of the process may occur, however, it is inevitable that the upgrade will be accomplished albeit with a decline in some 'numbers'.
http://www.nature.com/ncomms/journal/v2/n6/full/ncomms1364.html
This exactly what I have been on about for ages.
http://www.glcoherence.org/monitoring-system/commentaries.html?mtcCampaign=9228&mtcEmail=13526879
http://www.energygrid.com/futurity/geoff-freed/2010/12.html(energygrid now closed) and in many blogs I went into the calcium/thalamus cycle, the neuropeptide flows and cascades and other items to numerous to reiterate now. For me it is a vindication for a Life's work and the 1967 writings.
Hopefully this will become mainstream soon and the medical profession begin to realise energy medicine and our oneness and Unity to the Cosmos and its components locally, the moon, sun and planets ESPECIALLY NATURE.
The next step is to honour Natural Herbal Medicines, Energy therapies and use computers to help in the diagnosis as per cycles of moon, sun and planetary. In a way a marriage of modern uses of computers and ancient medicine.
What we can do in the meantime is acknowledge Nature and her Creator, bless Mother Earth and Father Sun with Sister Moon and our planetary cousins daily, and allow the energies of the Universe to pervade our souls. Then surrender in the stillness and let the formless exude that which is commensurate and concomitant to your beingness.
More on this to follow. Take care and lots of Love. Geoff


It seems there is a divide and disconnect; with consciousness and oneness with healing as with Lyn and Bruce and then all these technocracy implementations almost vying or reaching from different directions to the same end. Human evolution ah la natural, almost vis-a vis, one is gentle healing and mild the other seems to be robotic, mechanical and less welcoming. One is without military power the other the full backing the industrial military complex. One organic the other GMO. One for Humanity the other for the Elite Deep State Technocrats. Can there be a midway or compromise, even a marriage or some system of harmony and non aggression?


Be Well and seasons greetings.