Hi folks I know I said I had finished with updates and so on, however I said if it were relevant and very much to hand I would POST again on the 392 series. Please look at addendum's at bottom for upgrades. If it gets too full I will go onto 392 R.

5G and Vaccines are a no, no to mainstream media and governements before they are either deplatformed or erased please get this.

There’s a growing body of doctors and scientists that are questioning the vaccine schedule.
ESPECIALLY in light of the evidence that vaccines actually may be causing the diseases they are supposed to be preventing.


Vaccines maybe made mandatory, I am not kidding vaccines in their present form and those pending are DEADLY. They cause the disease they are meant to cure. Sign upto the above link its free.

Thanks to Robert Redfern his summaries below are well received

I thought another view as I usually do my 'usual's' would be helpful.
Another POST did Robert's statistics POST 392 O

By the way-- just a thought--- please don't get out your saddle----Trump has so far threatened or stopping WHO funds ----I wonder if he knows Gates, Kissinger, Clinton, the so called swamp he threatened to clean out and want him out, own the WHO and The UN largely and all have executive positions in Big Pharma and Oil.

OK I run for cover.


Over the past several weeks, NASA satellite measurements have revealed significant reductions in air pollution over the major metropolitan areas of the . Similar reductions have been observed in other regions of the world. These recent improvements in air quality have come at a high cost, as communities grapple with widespread lockdowns and shelter-in-place orders as a result of the spread of COVID-19. 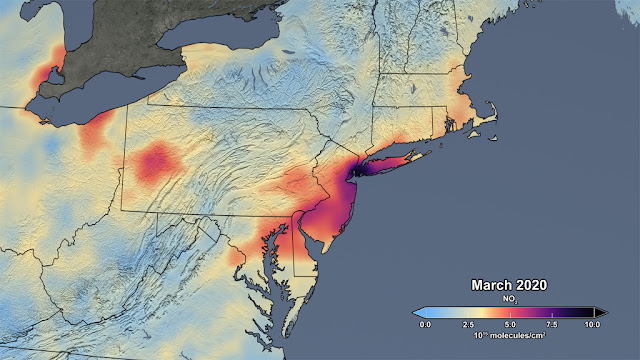 So folks should we press for cleaner energy and fact free energy and are we being shown or taught a lesson by nature, is this a very painful lesson that people before profit and perhaps a fair way of living with trust, care, sharing and not paranoia-ic government surveillance and what amounts to obsessive pornographic voyeurism and even the robots getting hedonistic AI self learnt which AI does? 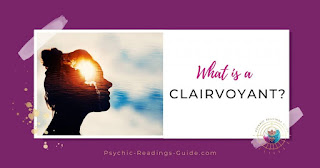 Courtesy  Psychic readers guide
My dear friend Claire is a sensitive and a clairvoyant and is well known, however I have changed her name because of what she has 'picked' up; 'she says that the UK ministers are looking uncomfortable because they know this is all exaggerated and are being leaned on by the Deep State who are world wide in most countries and are incommunicado in a sort of 'their own net' and the Ministers in other countries are not liking doing the 'shortages' which is a gentle if you like 'selective culling' and a lead up to basically a lock down forever in certain ways. The ministers like the security forces do not like this and it 'pricks' their conscience but the the threats to their families and friends are real and personal. She says the shortages are bringing out a public outcry and even this does not make them move faster, they are not willingly doing this deliberately and they are good people at heart and they have a moral dilemma. They are afraid of these psychopaths and they are base evil'.
She said a lot more but I am loathe to insert it, Claire is a top scientist in the field of micro biology and used to work for a large Big Pharma and has whistle blown a few times.
OK  big Pharma Claire has now gone into hiding and is a very elderly and says she is about to pass very shortly. 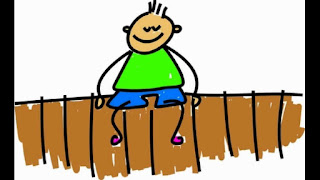 Courtesy You Tube
My Sensei told us; 'That a person who sits on a fence and some climb a pole and they sit there and cannot make up their mind, soon the pole and the fence hurt the butt and the have to slide down the pole or jump off the fence, these people are pain in the butt to society'.
OK its OK to be sceptical if it is backed up by reason and clear calm presentation, just denial and rebuttal shows fear and that one is afraid to step out of one's comfort zone and box and depicts a hard and fast 'my way or no way' approach a one way street. If we do not come off the fence, be brave and step out of the net of conditioning, then we return to;GMO foods, 78 vaccines, Chemtrails, austerity, surveillance on steroids so to speak, every move monitored; we have the old story well 'if you got nothing to hide so what's wrong with utter total snooping, I ask this back to the Deep State what have you got to hide that your haemorrhoids make you so adamant and sore as to want to cull us and make us slaves. You see by the gradual process of lock down we will run out of home entertainment, making us wary; Oh look they are not wearing a mask, they haven't got a vaccine tattoo, they haven't got a permit to travel-----UNCLEAN LOOK OUT A COVID-19 LEPER, run you'll get it, KEEP AWAY!!!!!.  tHAT NASTY gEOFF, THAT HORRIBLE dAVID iKE, that terrible Robert Redfern, that Mercola guy, that Corbett report, that ghastly Daniel Litz and the Dark journalist. Thank God we've Bill Gates culling us with his nano particles vaccine, thank God we have Kissinger who said on the net some years back we have to get rid of two thirds of the world's population and most people do not know how to live their lives, oh my gracious family Clinton, Bush, Rothschild and Rockefeller the new Royalty. 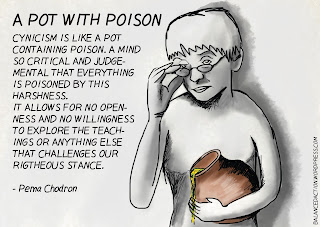 Courtesy  Greg Canty Fuzion. blog
Perhaps I am a cynical old raggedy bastard and a niggardly angry old man that has been rejected by academia, injury forced me out of pro soccer, yes and all the old hard luck stories and I am told by Google blogs to blog my passions. Should I be wrong about the deep state and cynical about the New World Order and it comes about a real change for the upliftment of society, then I stand humbled, ashamed and unreservedly sincerely apologise. Please research deeply and just do not blindly go along with the mainstream press and suppression of whistle blowers and by mass public protest, not in bombs, bloody riots, but by writing and protesting in emails, articles, blogs, Skyping(although you'll be monitored) until the collective unconscious is saturated with positive, caring, loving texts, literature and art that negativity and selfishness will be drowned.

https://www.rt.com/news/485438-reactivation-reinfection-coronavirus-tests/
Whats the use of vaccinations now? If the virus has mutated or that it is not a virus but a manufactured viral substance that gives 'altitude' sickness presentations Arrogant professors and doctors need to listen to Dr Cameron-Kyle- Sidell,

Posted by GEOFF FREED ONLINE at 06:10